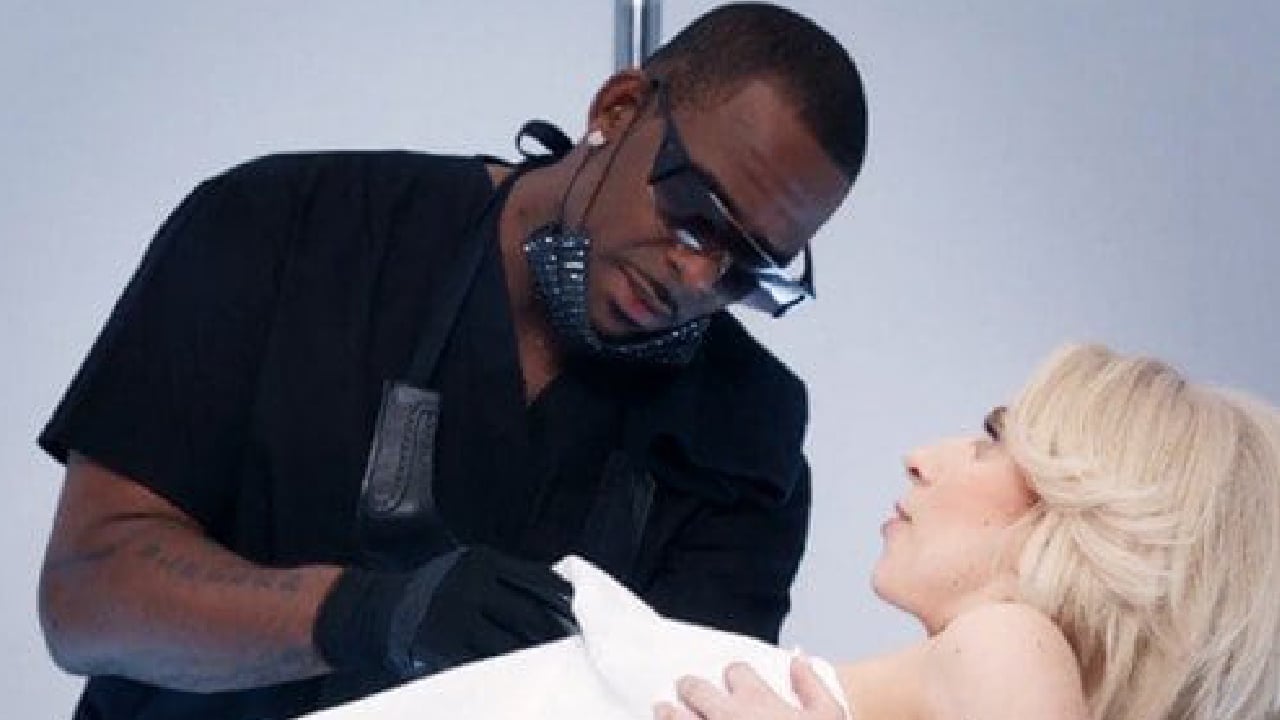 There are so many things that are wrong with Lady Gaga’s video Do What U Want that it boggles the mind. One can understand why the video was not released. On the other hand, why was it even shot? It was a horrible idea even before a single frame was captured on camera.

First, the song features R. Kelly. That’s all I need to say. For those who don’t know, he was accused of various offenses involving underage girls. In January, the Village Voice published a few articles describing R. Kelly’s “stomach-churning” assaults, refreshing the memories of “fans” who seem to have forgotten his crimes.

“Shot in the basement “playroom” of a house that Kelly owned in Chicago’s Lakeview neighborhood, the video depicts a man resembling Kelly and a girl the Sun-Times identified (but never named) as having been 14 or 15 at the time. She is ordered to call the man “daddy”; she follows his directions to strike various poses and to open wide as he urinates in her mouth, and she’s ordered to assume different positions as the two have sex. Four months later, the video resulted in the singer being indicted by the state of Illinois on 21 counts of making videos involving minors.

Kelly’s trial focused on narrow charges relating only to the video; he never was charged with statutory rape, despite dozens of civil lawsuits and out-of-court settlements with underage girls who claim they had sexual relationships with him that left them physically and emotionally damaged.”
– Village Voice, Why Are People Finally Paying Attention to R. Kelly’s Many Crimes?

Fast forward to today, R. Kelly sings “Do what I want, do what I want with your body” over and over again. Later in the song, he sings “You’re the Marilyn, I’m the president”. As stated in my series of articles on Marilyn Monroe, she was a Beta programmed sex slave at the service of John F. Kennedy. 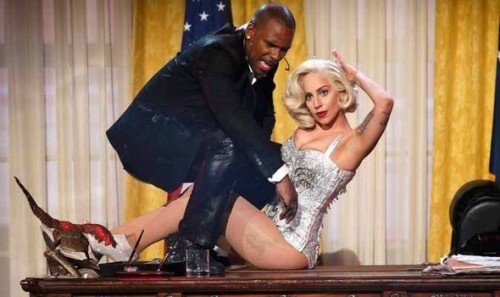 In a bizarre performance at the AMA’s R. Kelly played the role of the President while Gaga was Marilyn Monroe, a mind-controlled Beta slave.

To make things extra inappropriate, the video was directed by Terry Richardson, today’s most prominent celebrity photographer who was accused by several models of using his position in the industry to abuse them. Terry Richardson is a favorite figure of the occult entertainment industry, and, like R. Kelly, he was never convicted for his felonies. Why? Because the industry is all about preying on people, manipulating them, controlling them, abusing them, feeding off this energy and transmitting it to the masses. Do What U Want is basically a celebration of the disgusting culture prevailing in the entertainment industry. Lady Gaga, as usual, plays the role of the controlled victim, glamorizing the horrors inflicted on them.

Terry Richardson appears in the video, photographing Gaga getting off on the headlines about her.

Knowing the backgrounds of everyone involved, the premise of the video is rather sordid.

According to Page Six, R. Kelly plays the role of a predatory doctor who tells Gaga: “I’m putting you under, and when you wake up, you’re going to be pregnant.” R. Kelly is then seen reaching under Gaga’s hospital sheets as she moans. He is heard saying “sounds like that medicine’s starting to kick in”, before she passes out on the operating table. Kelly is basically drugging her in order to abuse her. That’s what is happening in the video. Then a bunch of nurses appear who take advantage of Gaga being sedated.

Gaga then asks Kelly if she’ll ever be able to walk again – a reference to her real-life hip injury. He answers: “Yes, if you let me do whatever I want with your body”.

Later in the video, vomit artist Millie Brown throws on her. Can’t make this stuff up.

In short, video of Do What U Want was never released but it was actually made – and everyone involved knew what it was about. If accusations against Richardson did not gain media attention in the past months, the video would have probably been released – and fed to young minds across the world. The video was nevertheless conveniently “leaked”, giving the song publicity through controversy and reaching the people it needed to reach.

Lana Del Rey Says She Wants to Join the 27 Club