The trailer and the first episode of the fifth season of American Horror Story are already full of Illuminati symbolism and occult elite agenda.

With a name like American Horror Story, one cannot expect to be watching unicorns jumping above rainbows. It is however clear that this season is all about glorifying the occult elite’s agenda and celebrating their obsession with ritual murders and sex magick. Who better than Lady Gaga to star in the series?

One does not need to watch hours of the series to understand the agenda behind it. An educated look at the 30 seconds trailer is enough. Here it is.

Shot like creepy music video, the trailer begins with the occult concepts of “as above so below” and duality as expressed by shots of contrasting colors. Also,  the one-eye sign that is flashed about 6 times in 30 seconds.

If you go through the video in slow motion, you’ll see her hide one eye several times.

Here are some more examples. 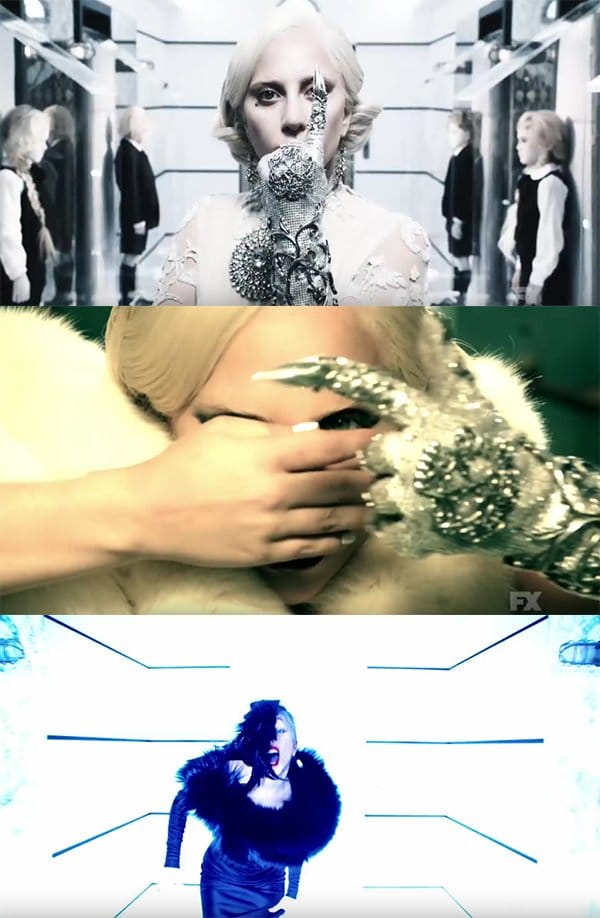 I don’t know what’s up with these kids, but I’m pretty sure its not good.

This season of A.H.S. is based on the true story of Cecil Hotel in Los Angeles where Canadian student Elisa Lam was found dead in a water tank, weeks after her death. A surveillance video showing her acting erratically shortly before her death has people wondering what exactly happened to her. You can read my article on Elisa Lam here (I’d like to add that my article was pretty much the first one to shed some light on the odd circumstances of her death). While Elisa Lam’s death is still a mystery, there is definitely something unholy going on at Cecil hotel and something probably ritualistic behind her death.

Other than being inspired by Cecil Hotel, A.H.S. is perfectly in line with the occult elite’s agenda of promoting the culture of death, where abuse, murder and dehumanization are intermixed with general coolness and sexyness. For example, in the first episode, Lady Gaga and her mate have sex drenched in the blood of a couple they’ve just murdered. 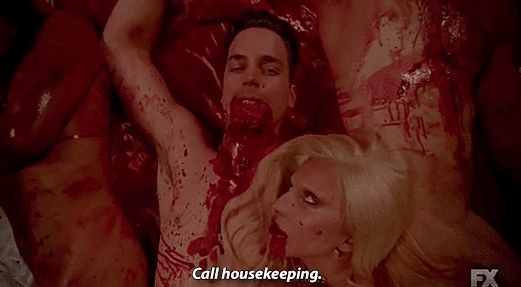 report this adThat episode also features guy getting raped with a d---o by “The Addiction Demon”. You’ve read that correctly. To complete the full occult elite agenda, the other bad guy in the series is “The Ten Commandments Killer” who is inspired by the Bible to commit to most atrocious murders. In mass media, Christianity is always the bad guy.

While only a single episode aired at the time of writing this article, this A.H.S. already has all of the hallmarks of the Illuminati agenda. Some might say: “It is about horror! It’s supposed to be disturbing!”. I know. But this is horror with an agenda.