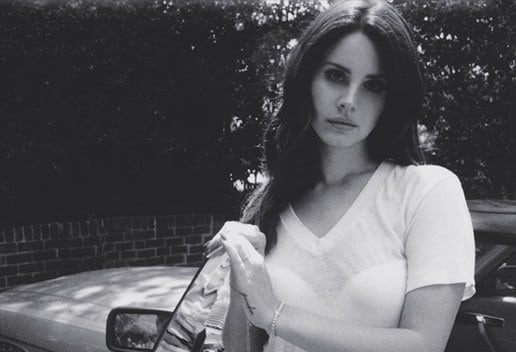 In an interview with The Guardian, Lana Del Rey said: “I wish I was dead already”, citing Amy Winehouse and Kurt Cobain as heroes. Both of them died at age 27. While this worrying statement might be a sick way to gain publicity and consolidate her “dark and edgy” aura, it is also representative of what the “Lana Del Rey persona” is about : Sex Kitten Programming.

After a failed attempt to launch a musical career as Lizzie Grant, the singer underwent a “re-tooling” period where she got a new name, a new persona and a rumored plastic surgery to then re-emerge as Lana Del Rey. She then signed with Interscope Records – home of countless other Mind Control-themed artists. Her second album Born to Die was received with great enthusiasm by her fans and heavy criticism by her detractors who claim she is “fake”.

Going beyond the “real or fake” debate, a common thread found across her work is MK Ultra and Beta Programming (to know more about this, read this article). 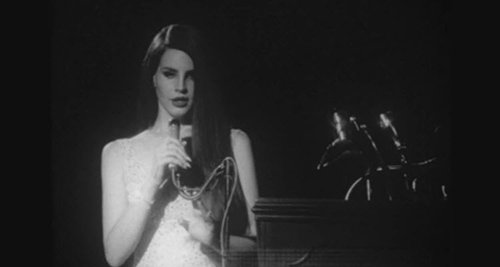 In the video National Anthem, Lana reenacts Marilyn Monroe singing Happy Birthday to JFK. As noted in several previous articles, Marilyn Monroe is the prototype of Beta Programming and served as JFK’s slave for several years.

In the video Ride, Lana finds “happiness” by getting following a bunch of strangers who do not seem to care too much about her. While the video was accused of glamorizing prostitution, it also describes the strange mental state of a Beta Kitten.

In the short movie Tropico, Lana’s father is Elvis, her mother is Marilyn Monroe (Beta Slaves are obsessed with Monroe) and her best friend is Jesus Christ. As Eve, she  bites the apple of original sin (which might refer to introduction into MK Ultra) and turns into a stripper/prostitute/ Beta Kitten.

Her third album is entitled Ultraviolence, which is a reference to Stanley Kubrick’s classic movie A Clockwork Orange. In the movie, ultra-violence refers to the Alex DeLarge’s favorite pastime: Getting intoxicated, sadistically beating up innocent people and raping women. Alex is “cured” by the Minister of the Interior with “aversion therapy” which include mind control techniques such as drugging the subject, strapping him to a chair, propping his eyelids open, and forcing him to watch images of violence. Was  “ultra” in the word “ultra-violence” a way for Kubrick to reference MK-Ultra?

The subject matter in her new album is a continuation of her Beta Slave persona. For example, in the title track Ultraviolence, Lana sings “you’re my cult leader” to her abuser; In the song F-cked My Way Up to the Top, Lana prettymuch describes what entertainment industry Kittens are about.

Lana’s recent interview with The Guardian is also in line with her Beta Slave persona.

“I wish I was dead already,” Lana Del Rey says, catching me off guard. She has been talking about the heroes she and her boyfriend share – Amy Winehouse and Kurt Cobain among them – when I point out that what links them is death and ask if she sees an early death as glamorous. “I don’t know. Ummm, yeah.” And then the death wish.

Don’t say that, I say instinctively.

Do what? Make music?

“Everything. That’s just how I feel. If it wasn’t that way, then I wouldn’t say it. I would be scared if I knew [death] was coming, but …”

In my article entitled, Amy Winehouse and Club 27 I explained how Amy Winehouse’s death was extremely suspicious and how the Club 27 phenomenon is accentuated because many industry victims get “shut down” at around the age of 30. The fact that Lana Del Rey sees “glamor” in this almost makes one wonder if she was programmed to believe that.

Later in the interview, Lana is rather negative about her life and her musical career, as if she was forced into a bunch of things.

“Family members will come on the road with me and say: ‘Wow, your life is just like a movie! And I’m like: ‘Yeah, a really f-cked-up movie.’ I didn’t have a home, didn’t know my social security number” and says she wasn’t in contact with her parents for about six years.

About her music business career, she states:

“I never felt any of the enjoyment. It was all bad, all of it.”

While it is possible that Lana is truly depressed, interviews that appear when a new album is released are often very well orchestrated. Whether or not the interview was a promotional stunt to get people talking about how edgy she is, it is nevertheless a continuation of the Beta Kitten persona associated with Lana Del Rey along with the glamorization of self-destructive behavior often found in her works.

Related Topics:lana del rey
Up Next