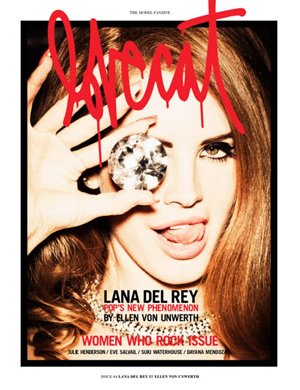 Strange and significant events occurred during the month of February and many symbolic pics appeared in mass media. Here’s this month Symbolic Pics of the Month featuring Lana Del Rey, Kate Moss, Lindsay Lohan and more.

“Pop’s new phenomenon” Lana Del Rey on the cover of Lovecat magazine. She’s hiding one eye and showing who she’s down with. 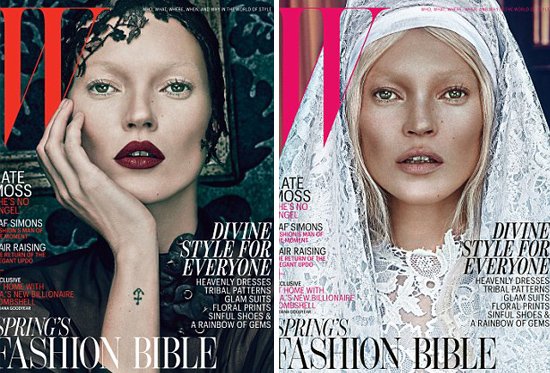 Kate Moss’ photoshoot in W magazine has is drenched in occult symbolism. The two alternate covers and the entire shoot refer to the concept of duality. 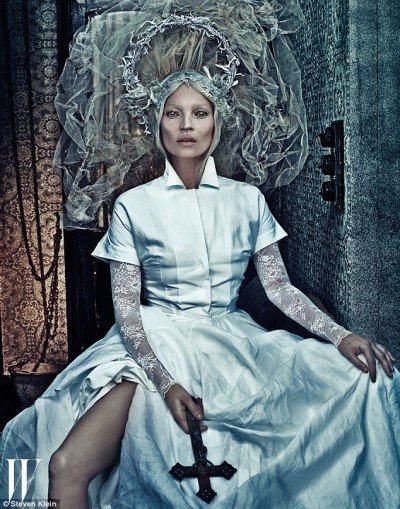 Dressed in white, Moss looks somewhat possessed and holds a cross in order for it to appear upside-down. The symbol of the inverted cross is used in Satanism. 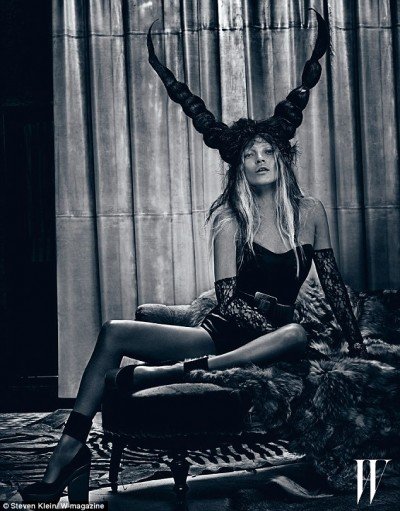 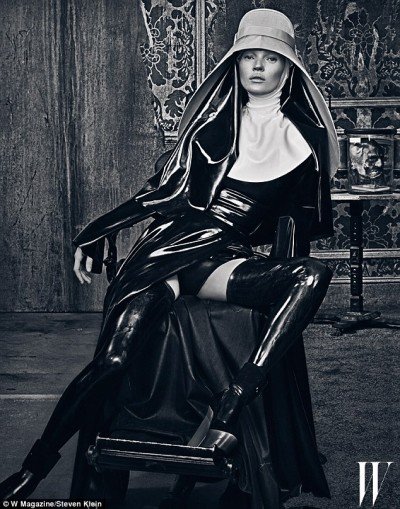 Nun suit and sexy spandex always make for a “controversial” image. Even though it has been done hundreds of time, to the point that it is becoming a propaganda tool, some douchebag somewhere will always qualify it as “artistic”. Also, for some reason, there’s a head in jar in the background. 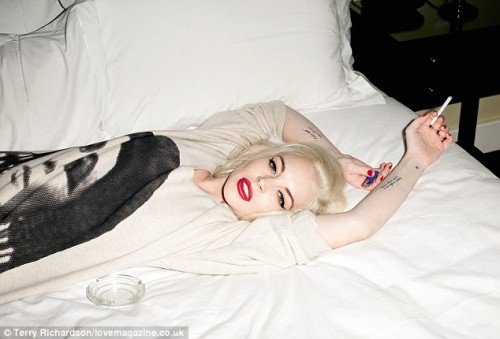 Lindsay Lohan in a Terry Richardson shoot. One of the countless female stars posing as Marilyn Monroe, the original MK-Ultra Sex Kitten. 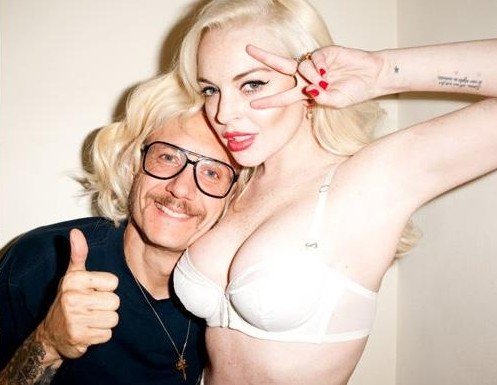 Of course, in a MK-Ultra-themed shoot, the model has to flash the one-eye sign. 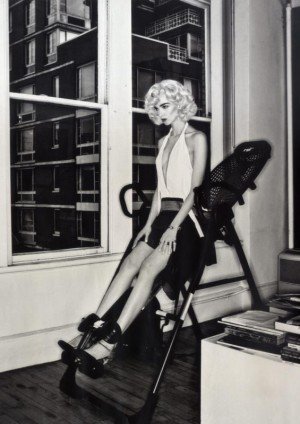 Here’s another Monroe wannabee in February’s Vogue Italia. Her stiff, lifeless posture is a tribute to mind control. 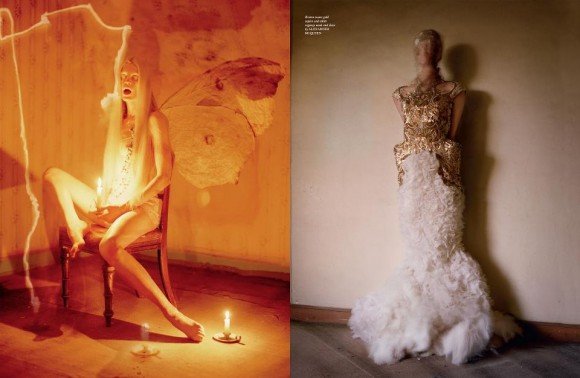 This photoshoot entitled “Origins of Monsters” features faceless models and others with butterfly wings, a symbol of Monarch programming. 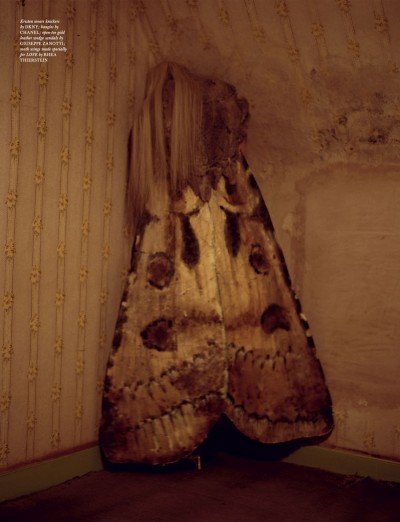 This model apparently turned into a moth. 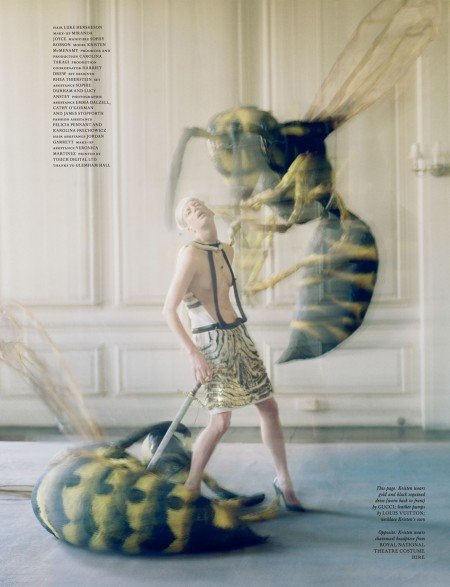 Bugs and insects are used to traumatize MK victims. This image appears to show how these insects appear in the highly altered mind state of mind control slaves. 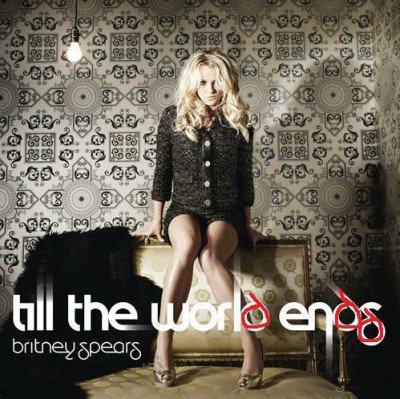 Promotional poster for Britney Spears’ Till the World Ends tour. A reader of the site took the time to highlight the three 6’s in the tour name. Also, of course, one of Britney’s eyes is hidden. 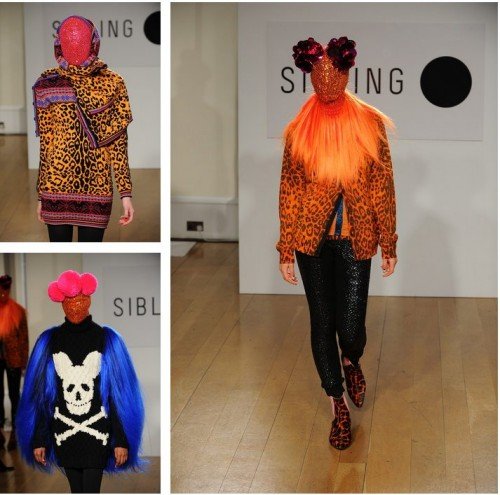 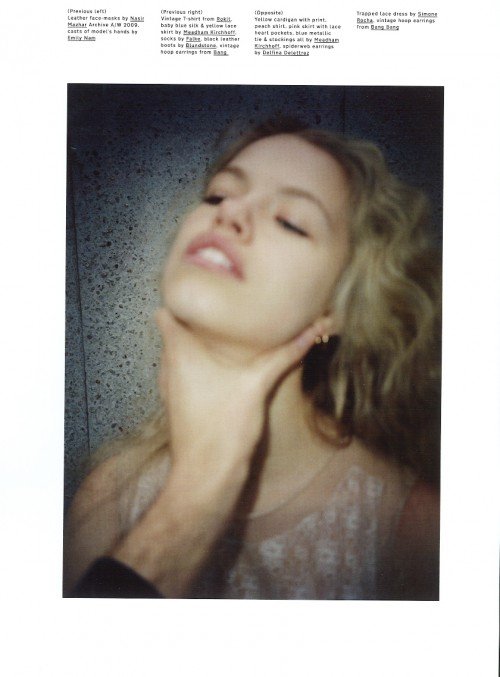 This controversial photoshoot in Pop Magazine features a 16 year old model sexualized, brutalized and posing with naked women. Here, she is choked by an unseen man. 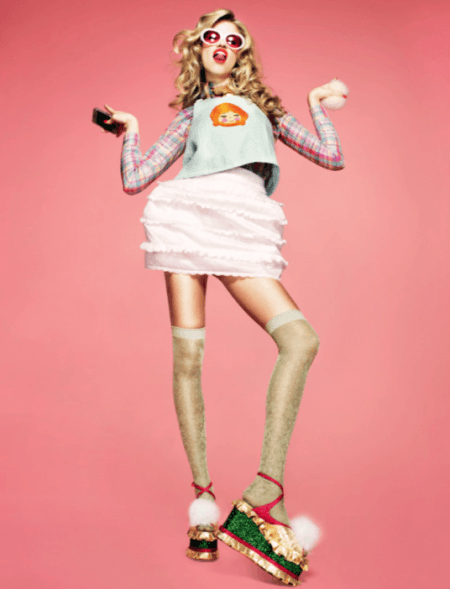 A continuation of the agenda to sexualize minors. 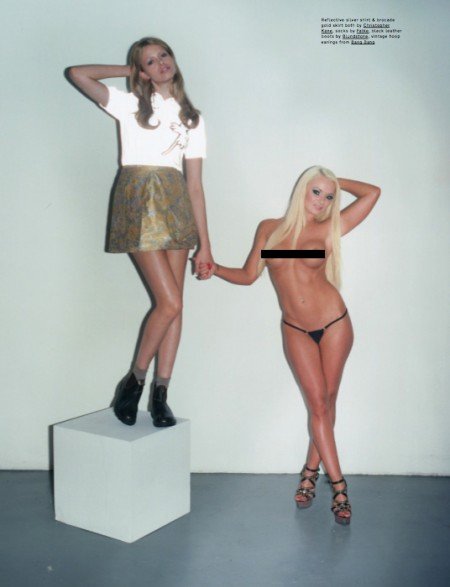 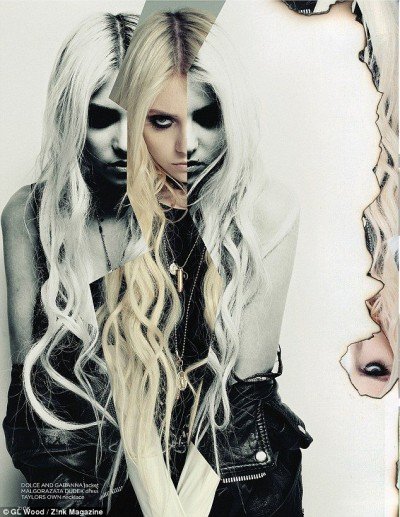 Actress and singer Taylor Monsen in a Zink magazine shoot that is full of mind control symbolism. This pics allude to multiple personalities. One of her eyes is “cut out” – this symbol was also used in the art of MK victim Kim Noble as it refers to the victim’s partial loss of “sight” of reality. 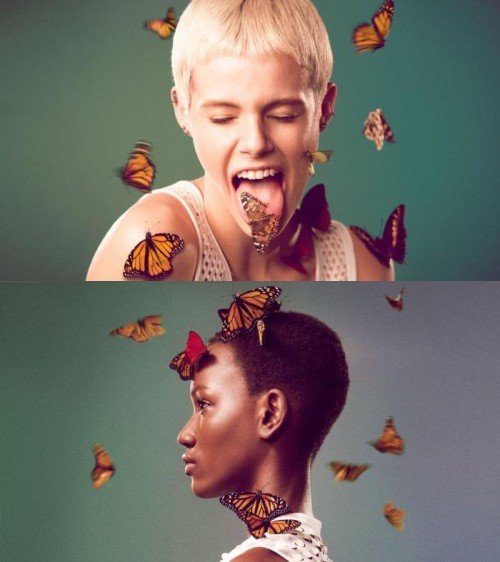 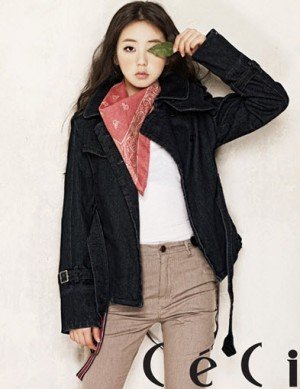 K-Pop singer Sohee in the March issue of Céci Magazine. Just showing who’s the boss of her. Wait, maybe it was just random. 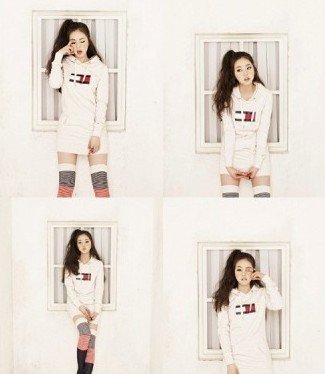 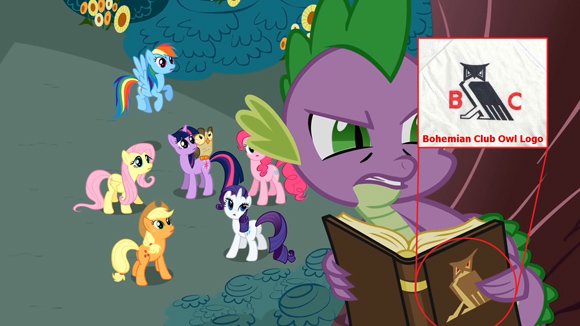 The children’s series My Little Poney often contains Illuminati themes and symbolism. In this screenshot, we see the exact logo of the elite Bohemian Club on the cover of a book. 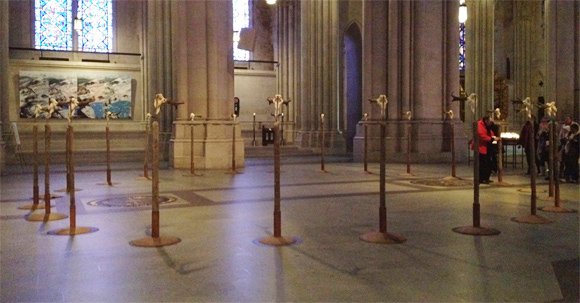 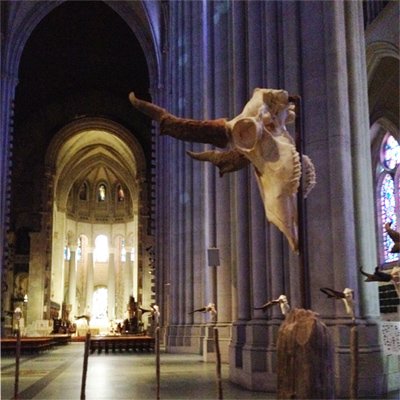 Close-up of the skulls. Thanks to the reader who sent in the pics. 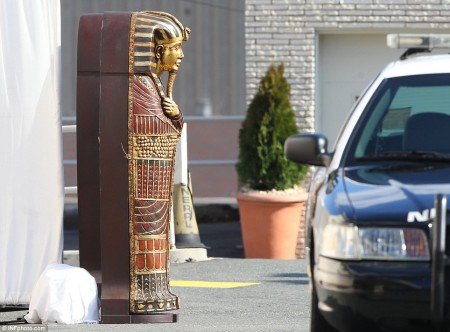 A mysterious Egyptian sarcophagus at Whitney Houston’s funeral. Was this an “input” of the occult group behind her sacrifice? We know that elite secret societies are well versed in Egyptian magic, especially the Book of the Dead.