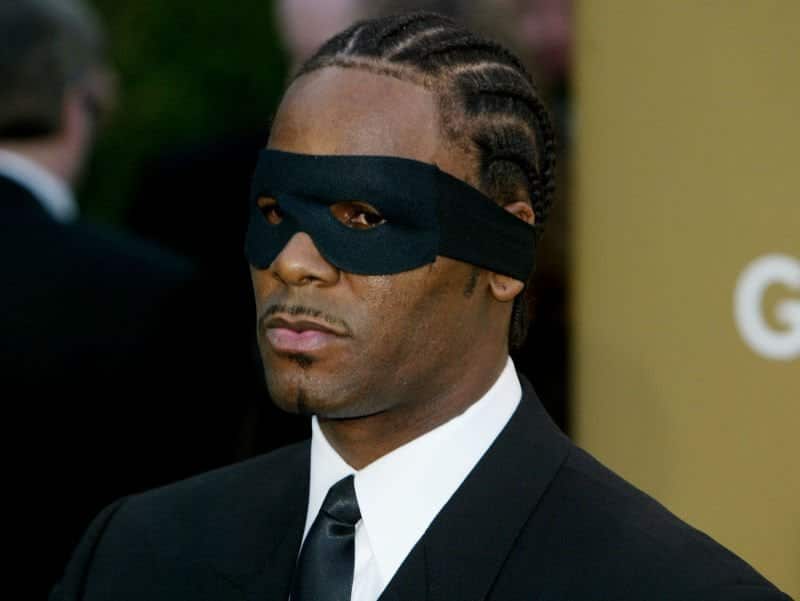 New allegations claim that R Kelly has been keeping at least six women (some minor) under total control in “guest houses”, denying them contact with the outside world. His ex-assistant describes R Kelly as a “master of mind control and a puppet master”.

R Kelly’s taste for underage girls has been making headlines for decades. In 1994, Kelly (who was 27 at the time) married his 15-year old protégé Aaliyah for whom he wrote the album disturbingly entitled “Age Ain’t Nothing but a Number”. The marriage certificate listed Aaliyah as being 18 years old. In February 1995, the illegal marriage was annulled by Aaliyah’s parents. Up until her untimely death at age 22 due to a plane crash, Aaliyah would never speak about R Kelly. Her spokesperson stated:

“When R. Kelly comes up, she doesn’t even speak his name, and nobody’s allowed to ask about it at all.”

In 2002, Kelly was indicted on 21 counts of child pornography after a video surfaced allegedly showing Kelly having sex with and urinating on an underage girl. Despite this fact, R Kelly was acquitted on all accounts in 2008.

Over the years, Kelly has settled over a dozen civil lawsuits accusing him of abusing his position of fame and influence to pursue illegal sexual relationships with underage girls. As a settlement, Kelly often offered cash payments under the under the condition that the girls signed a nondisclosure agreement.

However, controversies involving R Kelly and young girls are far from over. A Buzzfeed News article indicates that the singer never stopped preying on young girls. Even worse, he appears to have established “cult-like” system of control, where young women are lured into his entourage with promises of being “mentored” by him, to then end up living in one of his guest houses and “servicing” him on a regular basis.

Witnesses use terms such as “mind control” and “brainwash” to describe R Kelly’s hold on these girls. Is R Kelly an actual mind control handler? When one reviews the various methods of mental, physical and sexual control used on these girls, the least we can say is that he knows a thing or two about mind control.

A “Master of Mind Control”

According to three ex-members of Kelly’s entourage, several women have been living in his “guest houses” where every aspect of their lives are tightly controlled by the singer.

“Three former members of Kelly’s inner circle — Cheryl Mack, Kitti Jones, and Asante McGee — provided details supporting the parents’ worst fears. They said six women live in properties rented by Kelly in Chicago and the Atlanta suburbs, and he controls every aspect of their lives: dictating what they eat, how they dress, when they bathe, when they sleep, and how they engage in sexual encounters that he records.”
– Buzzfeed News, R. Kelly Is Holding Women Against Their Will In A “Cult,” Parents Told Police

In many cases, young girls are introduced to R Kelly by their own parents who seek to help launch their daughter’s singing careers. After Kelly pledges to mentor the girls and teach them about the music industry, they end up being completely cut off from the outside world.

The article interviewed the parent of a girl who has been living in an R Kelly house for months.

“It was as if she was brainwashed. [She] looked like a prisoner — it was horrible,” she said. “I hugged her and hugged her. But she just kept saying she’s in love and [Kelly] is the one who cares for her. I don’t know what to do. I hope that if I get her back, I can get her treatment for victims of cults. They can reprogram her. But I wish I could have stopped it from happening.”
– Ibid.

Notice that the parent uses words like “brainwash” and “reprogram”.

“The women in Kelly’s entourage initially think This is R. Kelly, I’m going to live a lavish lifestyle. No. You have to ask for food. You have to ask to go use the bathroom. … [Kelly] is a master at mind control. … He is a puppet master.”
– Ibid.

Among the women living in R Kelly’s houses is a 31-year-old “den mother” who “trains” newcomers on how Kelly liked to be pleasured sexually. In Monarch programming, MK slaves are often in contact with a “Grand Dame”, a “mother figure” who assists the handler in programming.

Witness accounts describe other details that are reminiscent of a handler-slave relationship.

“Mack, Jones, and McGee claim that women who live with Kelly, who he calls his “babies,” are required to call him “Daddy” and must ask his permission to leave the Chicago recording studio or their assigned rooms in the “guest house” Kelly rents near his own rented mansion in suburban Atlanta. A black SUV with a burly driver behind the wheel is almost always parked outside both locations. Kelly confiscates the women’s cell phones, they said, so they cannot contact their friends and family; he gives them new phones that they are only allowed to use to contact him or others with his permission. Kelly films his sexual activities, McGee and Jones said, and shows the videos to men in his circle.”

If the women break any of Kelly’s “rules,” Mack and Jones said, he punishes them physically and verbally. For example, Jones claimed that Kelly held her against a tree and slapped her outside of a Subway sandwich shop in spring 2013 because she had been too friendly with the male cashier there. McGee said she never saw Kelly hit anybody, but also said he was running a “cult” and manipulated her emotionally and sexually.

“R. Kelly is the sweetest person you will ever want to meet,” McGee said. “But Robert is the devil.”
– Ibid.

The last sentence is rather telling. MK handlers often present themselves as “the devil” himself to slaves in order to traumatize them.

Asante McGhee, who was part of his inner-circle, recalls R Kelly’s relationship with a 17-year old girl from Florida.

“I have a 17-year-old daughter myself,” she said. “When I saw [the Florida singer] with him, it took me back. This could be my daughter. I just knew that it was not right and I just couldn’t understand what a man almost 50 is doing having sex with someone the same age as his daughter. That’s when I realized it was more of a mind-control thing.”

“He left [the Florida woman] on the [tour] bus for, like, three days and she was not allowed to come out,” McGee said. “He said she didn’t do her homework — that’s why she was punished — which was very confusing, because she had just graduated [high school] over the summer.”
– Ibid.

Despite parents telling the police that their daughters are “being held against their will” in what they call a “cult”, law enforcement cannot take action because the girls are not technically “missing persons” and they are over the age of consent.

It appears that, despite R Kelly’s clear pattern of manipulation of underage girls, he keeps getting a free pass from the law. Is it because he is involved in the same crap the occult elite indulges in behind closed doors?

Related Topics:r. kelly
Up Next

Satanic Fashion Show Inside a Church at London Fashion Week