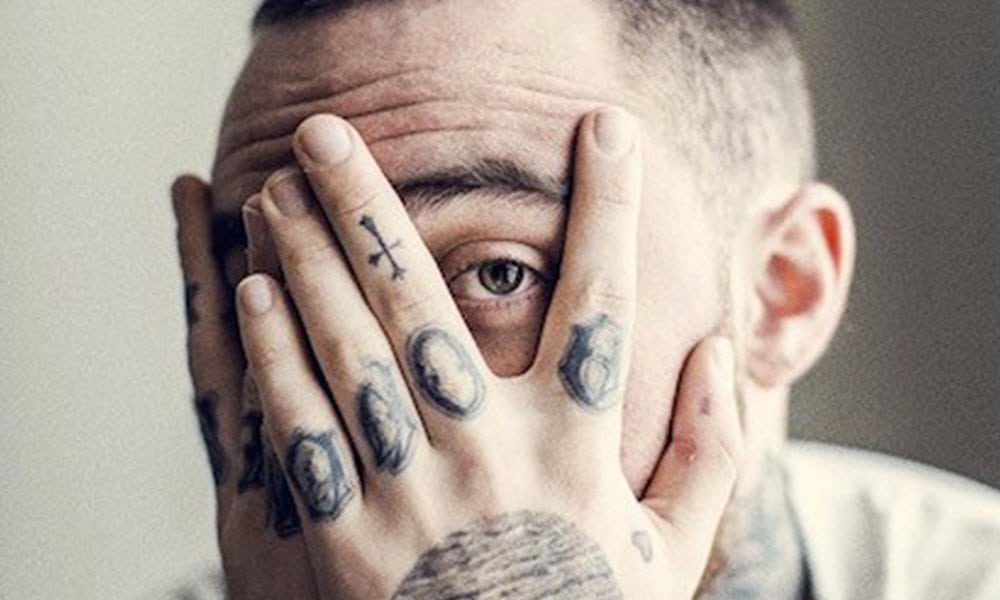 The rapper and producer Mac Miller was found unresponsive in a bedroom at his San Fernando Valley home on September 7th. Authorities were alerted by a male friend who placed a 911 call from Mac’s home. Emergency responders were called for a patient in cardiac arrest and Mac was pronounced dead on the scene. Soon after, reports emerged that Mac was dead from an overdose.

Many would think: “Well, Mac Miller did a lot of drugs so I am not surprised he overdosed”. Right. However, before yelling “case closed” on this premature death, let’s look at some facts surrounding it.

For starters, why was Mac Miller’s house “swept clean” before the police investigation? The NY Post reports:

Mac Miller left behind little evidence of his apparent fatal drug overdose, according to a report.

Authorities found only a small amount of white powder when they combed the late rapper’s San Fernando Valley, Calif., home on Friday, sources told TMZ, adding that the residence was possibly “swept clean” after talking with witnesses.

A search for pill bottles or drug paraphernalia turned up nothing, the sources told the site.
– NY Post, Mac Miller’s home reportedly cleaned before cops could investigate

That’s a red flag right there.

However, what mass media talked about after Miller’s death was … Ariana Grande. Again. 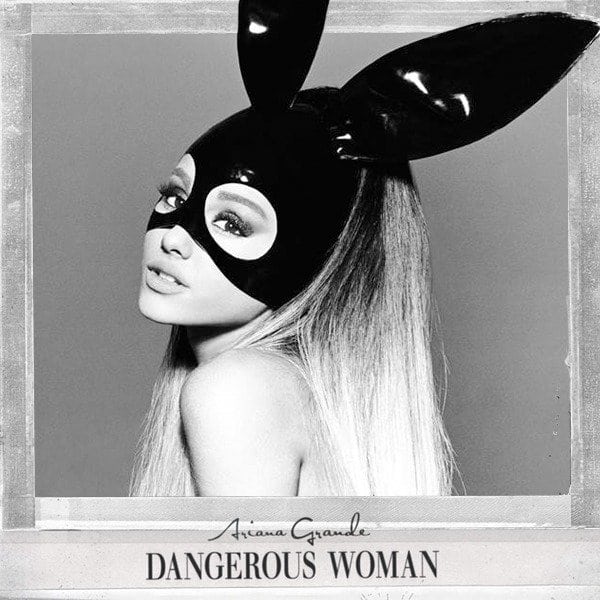 Exactly one week before Mac Miller’s death, Ariana Grande was the main focus of Aretha Franklin’s funeral … for all the wrong reasons. A year prior, the Manchester bombing occured at one of her concerts. Seems like death follows her. Of course, none of this is her fault. She’s been an industry pawn since she was a child and she does what her handlers tell her to do.

In mass media, Mac Miller was mostly referred to as Ariana Grande’s ex-boyfriend and many blamed her for his death. Some say that, since their breakup, Mac Miller was depressed and that he was even more prone to drug abuse than usual. Obviously, very few actually knew about the nature of the relationship between Miller and Grande, and what happened inside the rapper’s head afterward. One thing we DO know is that Ariana Grande has been, for the past years, one of the world’s biggest pop stars and a high-level industry pawn. Everything about her is tightly controlled and she’s been used to enact all kinds of occult elite drama.

Because she’s being constantly used for occult-elite-agenda purposes, Ariana Grande has been the subject of several articles on the Vigilant Citizen. More recently, her music videos were about Monarch mind control and her becoming a goddess through Sex Magick. Interesting fact: Mac Miller’s 2016 album – created after he met Ariana – was called The Divine Feminine. Was it an allusion to Grande’s “goddess” status?

report this adPete Davidson – Ariana Grande’s current fiancé – appears to fall in the same “pattern” as Miller. His relationship with Grande seems to be very “consuming” while showing all of the signs of a heavy drug user. 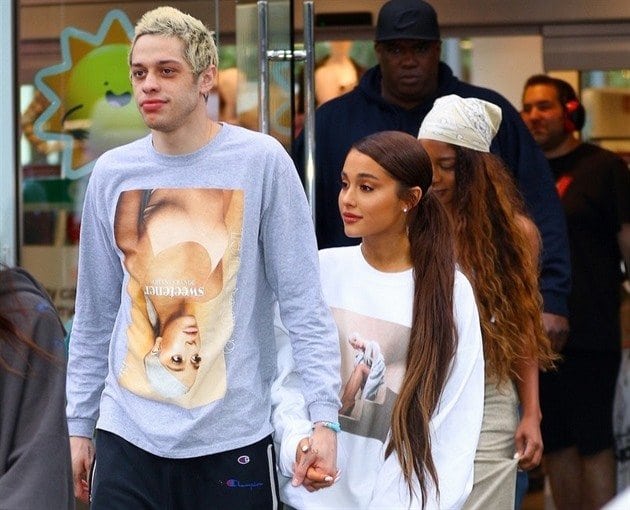 So, while we cannot blame Ariana Grande directly for Mac Miller’s death, the relationship did cause the rapper to brush with the darker side of the music industry. And, since then, the symbolism associated with him has gotten very “Illuminati”.

As it is often the case in bizarre, occult-elite-related events, Mac Miller’s death was preceded with grim symbolism. For starters, this is the last picture posted on Miller’s Instagram account, the day before his passing. 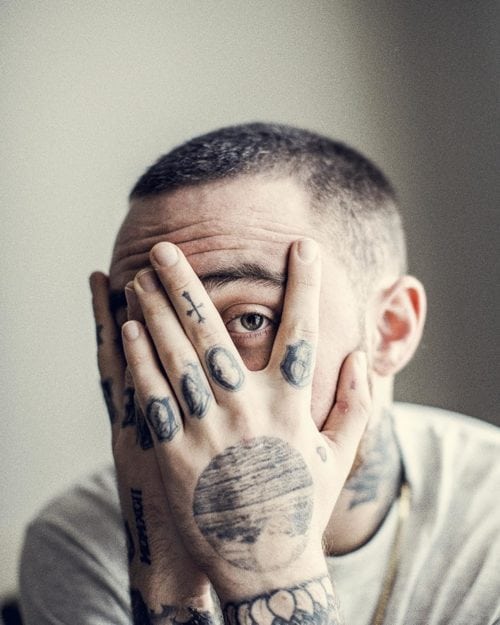 As readers of this site already know, this is a sign of “submission” to the occult elite’s entertainment industry. The fact that this was posted right before his death (probably not by him) is rather eerie. 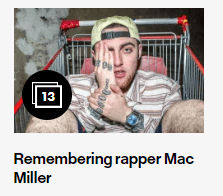 The NY Post used this pic to “remember” Mac Miller.

Ariana Grande has been doing it for years.

Miller also posted an Instagram story where we see a turntable playing his song So It Goes, which features the lyrics: “Nine lives, never, die, f*** a heaven, I’m still gettin’ high.” 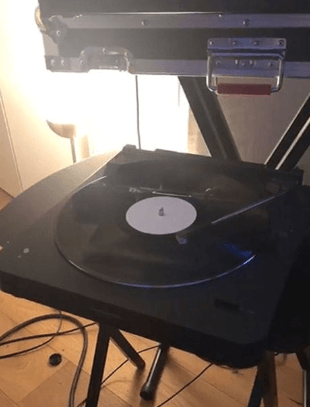 The expression “So It Goes” was popularized by Kurt Vonnegut’s classic novel Slaughterhouse Five, where the narrator would said “so it goes” after the death of each character. Let that sink in.

Even eerier is the symbolism found in Mac Miller’s last video Self Care, which was directed by high-profile photographer Christian Weber.

The first scene is inspired by a scene from the movie Kill Bill II.

In Self Care, Mac Miller is buried alive.

Mac then lights up a cigarette and starts carving the top of the wooden coffin.

He carves the words “Memento Mori” which is Latin for “remember death”.

Memento Mori is defined as the “theory and practice of reflection on mortality” and can be found in multiple cultures throughout history. 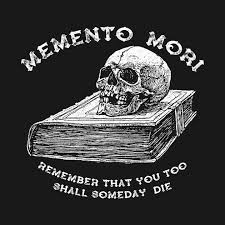 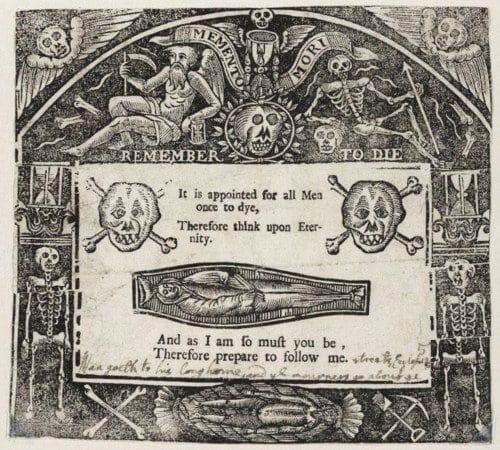 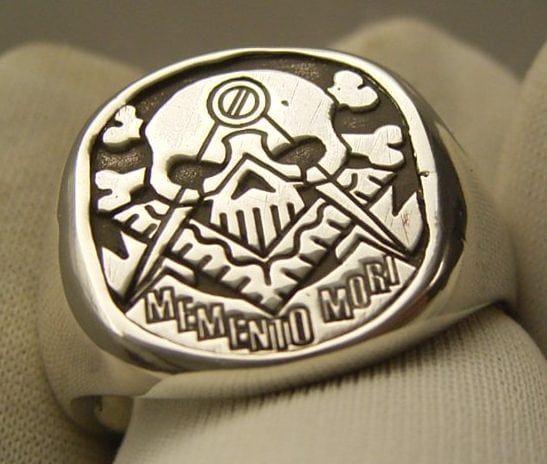 A Masonic ring. This concept of Memento Mori is extremely important in Freemasonry.

After carving Memento Mori, Mac Miller punches the circle and emerges out of the coffin, which was buried under a pile of dirt.

Mac Miller gets out of the pile of dirt.

While it appears that Mac has emerged victorious from this traumatic event, things get bad again.

As Miller stands up, everything around him explodes in slow-motion, throwing him around the place.

So, while Mac thought he could escape death, he did not. And, about two months after the release of this final video, Mac actually died.

This prophetic video is reminiscent of XXXtentacion’s posthumous video SAD! in which the rapper attends his own funeral. His death was also surrounded by bizarre events.

In his final video SAD!, XXXtentacion looks over his own dead body.

Carl Jung described the concept of synchronicity as “events that are ‘meaningful coincidences’ with no causal relationship yet seem to be meaningfully related”. These events often happen on a very intimate and personal level. However, in the case of the dark, twisted world of the occult elite that is bent on mega-rituals and high-profile sacrifices, synchronistic events can be witnessed by the entire world.

As seen above, everything relating to Mac Miller in the past weeks pointed directly towards death. Was it all a coincidence? Or did the industry people around him knew that his time was coming? Did he fall in the bad graces of the industry? Did he know too much? Was he suicidal … or was he suicided?