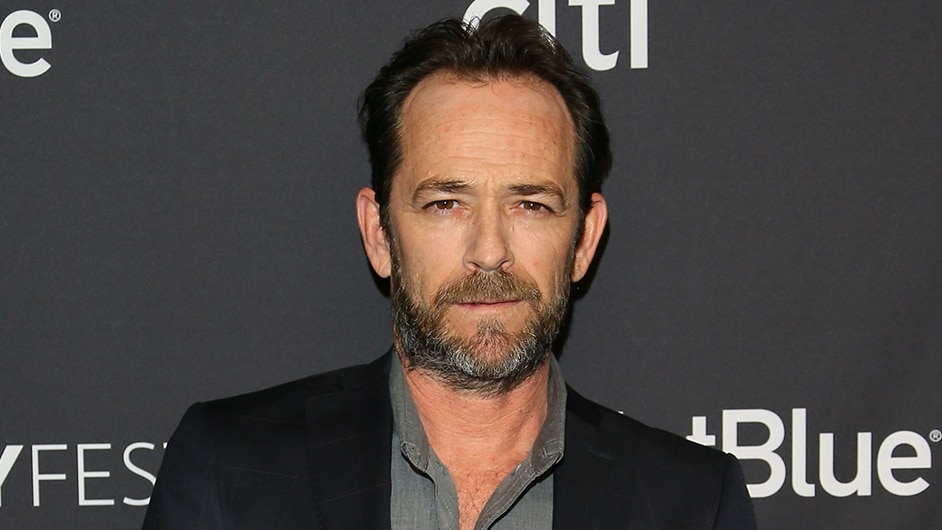 Luke Perry, who was hospitalized since February 27 in Los Angeles after suffering a stroke, died Monday at the age of 52. The actor was mostly known for his role as Dylan McKay in the television series Beverly Hills, 90210, which was a cultural phenomenon in the 1990s.

At the time of his death, Perry was working in Los Angeles on the set of the series Riverdale.

According to the release sent by his agent, Luke Perry died of a “serious stroke”. He was surrounded by his children Jack and Sophie, his fiancée Wendy Madison Bauer, his ex-wife Minnie Sharp, as well as his mother, brother, and sister.

Perry was rushed to the hospital last Wednesday morning after suffering the stroke while at his home in Sherman Oaks, California. According to the emergency dispatch audio obtained by TMZ, paramedics received a call for a stroke at the residence. When EMTs arrived, he was responsive and talking, but his condition deteriorated shortly after.

His reps said doctors had sedated Luke, hoping to give his brain a fighting chance to recover from the trauma of the stroke. However, apparently, the damage was too extensive.

Luke Perry was hospitalized the same day Fox Studios had announced the reboot of the series Beverly Hills, 90210 for six episodes this summer. While Luke had not signed on to be a regular on the series, he was scheduled to make a few guest appearances.

He also filmed a role in Quentin Tarantino’s upcoming Charles Manson movie Once Upon a Time in Hollywood.

While Perry was an international star during the era of Beverly Hills, 90210, he mostly appeared in minor roles or low-budget productions in the last two of decades. While Perry found his way back to mainstream success, he mostly got involved in dark, elite-backed projects.

Perry had a recurring role in the Netflix series Riverdale – a series popular with teenagers that has been dealing with increasingly dark and disturbing topics. The series takes place in the same universe as Chilling Adventures of Sabrina, a teen series that deals with dark topics such as Satanism, witchcraft, cannibalism and sacrificial murders.

Perry’s last role will be in Quentin Tarantino’s upcoming movie Once Upon a Time in Hollywood – a movie about Charles Manson and the murders committed by his followers. According to occult researchers, Manson was an MK slave and handler. The movie was initially set to be released on August 9th, 2019 which coincided with the 50th anniversary of the gruesome and ritualistic murder of Sharon Tate (who was Roman Polanski’s wife). After some protests, the release date of the movie was moved to July 26th.

Once Upon a Time in Hollywood is well on its way of becoming one of the “cursed” movies in Hollywood. Indeed, Perry is the second actor to pass away after being cast in the film. Last September, Burt Reynolds died before he had begun filming.

In a final bizarre twist of fate, Perry suffered a  “massive stroke” on the same day Fox Studios announced the reboot of 90210.

Although these facts might all be coincidences, Perry’s death nevertheless bears the markings of a typical suspicious Hollywood death. Did Perry actually suffer a stroke or is he the latest victim of the dark side of Hollywood?