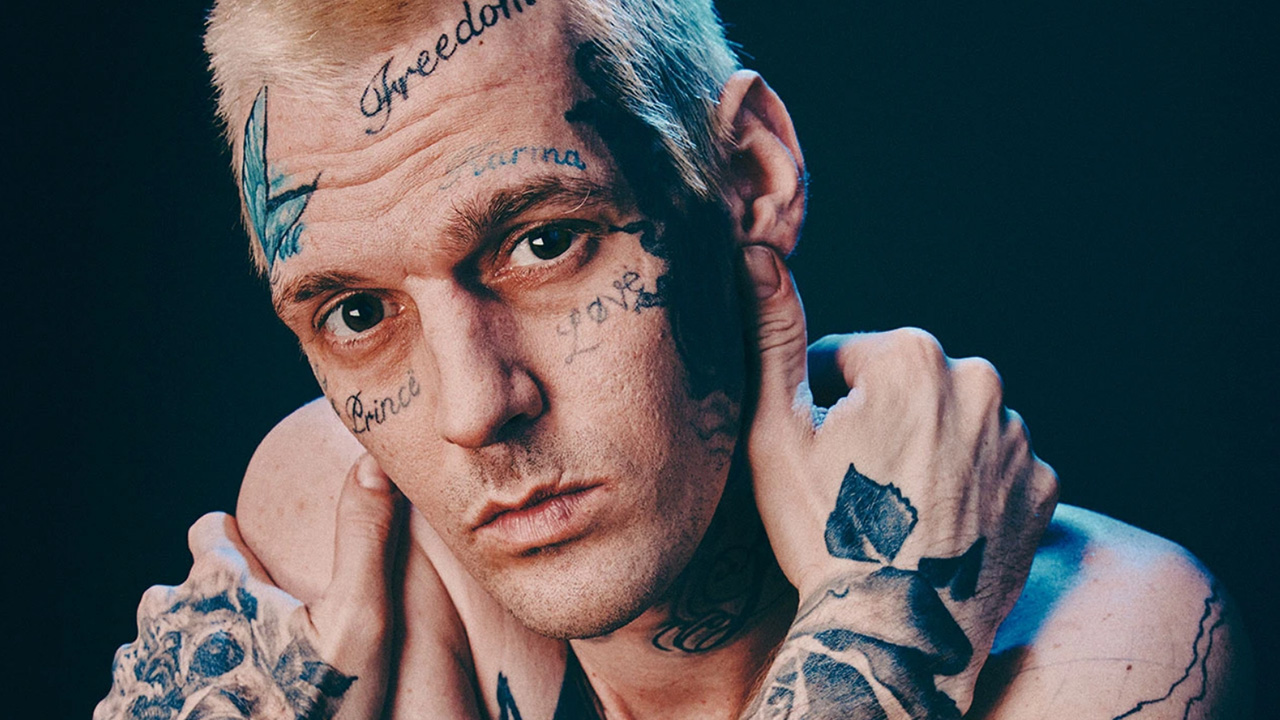 The death of Aaron Carter at the young age of 34 took everyone by surprise. But it also didn’t. That’s because the last years of his life were characterized by drug use, rehab stints, meltdowns, erratic behavior, and significant problems with his entire family. So, when TMZ reported that Carter was found unresponsive in his bathtub, the word “overdose” was immediately thrown around – as is always the case in these bizarre celebrity deaths.

Although an autopsy was performed on Carter, the cause of death was deferred pending a toxicology report (which could take months). Meanwhile, Carter’s body was cremated so there won’t be any opportunity for a “second opinion”.

One thing is for sure: People close to him ruled out suicide as a cause of death. His manager Taylor Helgeson told Page Six:

“He didn’t seem okay physically … [but] mentally, he was the most excited I’ve seen him in months. He was very intelligent and he was very conscious of what people wanted to see from him”

“We had so much stuff going on and, you know, Aaron was a really prideful guy in his own right, too. That’s not his style.”

So maybe he died of an accidental overdose. After all, Carter did admit to being addicted to “huffing” and authorities stated that pill bottles and compressed air cans were found at the death scene. With these facts in mind, most would say “case closed”. But things aren’t that simple.

While Carter could have died due to an accidental overdose, he also could have been killed. I’m saying this because Aaron Carter literally said that the industry wanted to kill him.

In the following video, which was posted about four years ago, Carter asks his fans to urgently fund him so he can escape to an “undisclosed location”. Here’s the video.

In the video, Carter states that he is a “silent breaker for his brother who is a rapist”. He’s referring to his brother Nick Carter (part of the boyband Backstreet Boys) whom he accused of abusing him his entire life. In the past, Aaron Carter also accused his sister Leslie of abusing him (she died of an overdose in 2012). 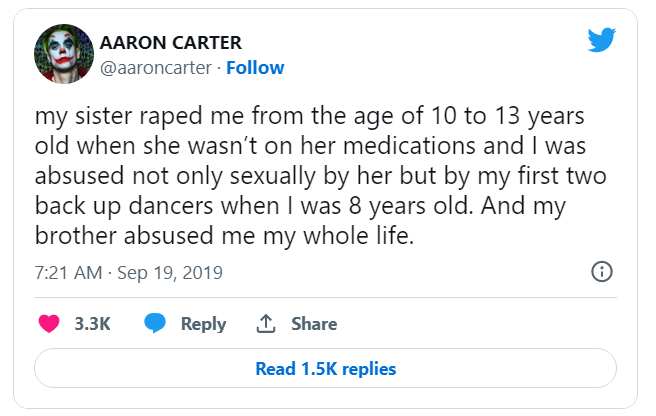 In the video above, Aaron says that his family is now “after his life” and “setting him up”. He adds that Sony Records owes him millions of dollars and that they’re trying to kill him (Michael Jackson said the exact same things prior to his death). Then, he asks viewers to donate $100,000 so he can move to an undisclosed location where he is safe.

He adds that his realtor won’t sell his house because “they’re all involved in this” and that police are constantly sent to his house. At one point, the cops talked to him about a rope in his garage that could be used for hanging. Were they concerned about him? Or was it a threat?

No matter what the case may be, everything about Aaron Carter’s death reeks of occult elite shadiness.

Carter died on November 5th, 2022. Do you recall what happened exactly one year prior, on November 5th, 2021? Astroworld – the highly demonic concert where 10 people died as Travis Scott carried on performing. As explained in my article about Astroworld, the week following Samhein (Halloween) is, in occult circles, the most potent time for blood sacrifices. Every year, high-profile yet unexplained deaths occur during that time.

Other than the symbolic date, there’s the symbolic death scene. Aaron Carter was found in his bathtub. In 2012, Whitney Houston was found dead in her bathtub in equally mysterious circumstances. Like Carter, “drugs” were immediately mentioned to explain Houston’s death – who was becoming increasingly vocal against the industry. Almost exactly three years later, Whitney’s daughter Bobbi Kristina Houston was also found dead in a bathtub. It was a message.

Like Whitney Houston, Aaron Carter was an industry darling … until he wasn’t. And, like Houston, the industry turned on him and his life turned into a chaotic whirlwind of drugs and meltdowns combined with attempts at speaking out and breaking away from the industry. However, exactly like Houston, Carter was surrounded by shady industry people who kept him under control. 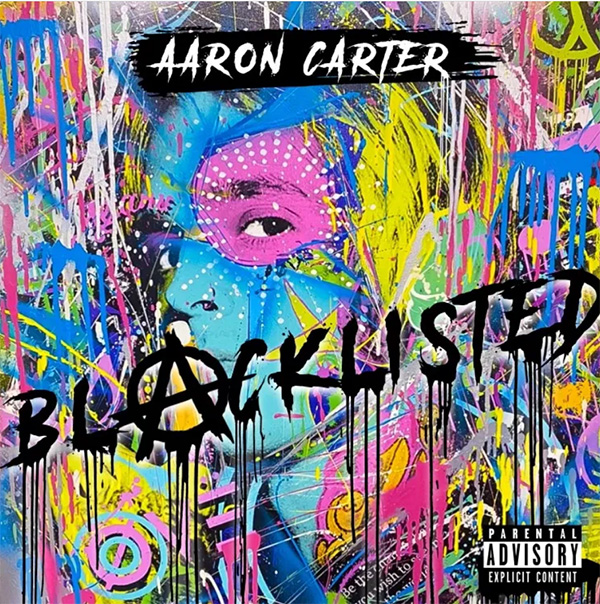 The album cover features a blatant one-eye sign. The occult elite is clearly telling you that Carter was “blacklisted” and now he’s dead.

The release of this album was not approved by Carter’s management and was described as “obscenely disrespectful” and a “heartless money grab”.

The album cover confirms that his label did not care: Carter was nothing but a slave to them. 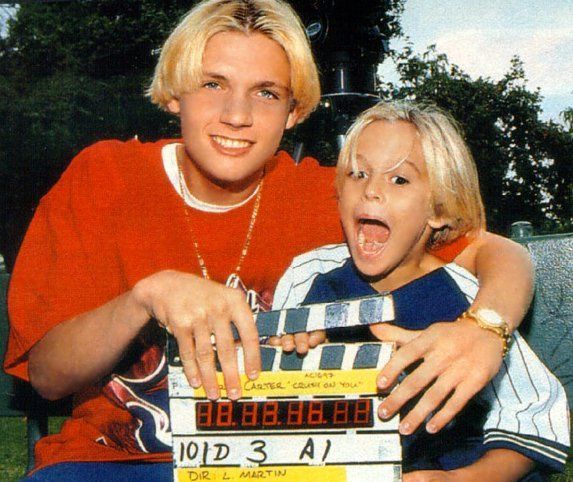 This picture of a young Aaron Carter is rather symbolic. He’s being “hurt” by his brother and the industry as a whole.

The life and career of Aaron Carter could not be more typical of an industry slave. Surrounded by people who were already in the industry – including his mother with whom he had endless problems – Aaron began performing at age 7. He soon landed acting gigs with Nickelodeon and Disney – two factories of child stars who turn into industry slaves. 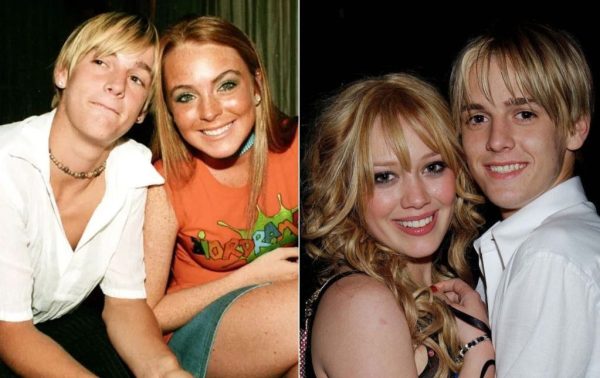 During the height of his career, Carter went out with high-profile child stars such as Lindsay Lohan and Hilary Duff. The elite likes to see its slaves go together.

While his life as a teen heartthrob appeared to be a dream come true, it was later revealed to be a horrific nightmare. As seen above, Carter accused several people of raping him while he was still a child – including his own brother, sister, backup dancers, and an unnamed “older woman” in his family. Sadly, I have a feeling that there were more.

This horrific trauma is exactly the “groundwork” necessary to create a dissociative MK slave. Later in his life, he showed all of the “symptoms” of it. In 2022, things got incredibly blatant. 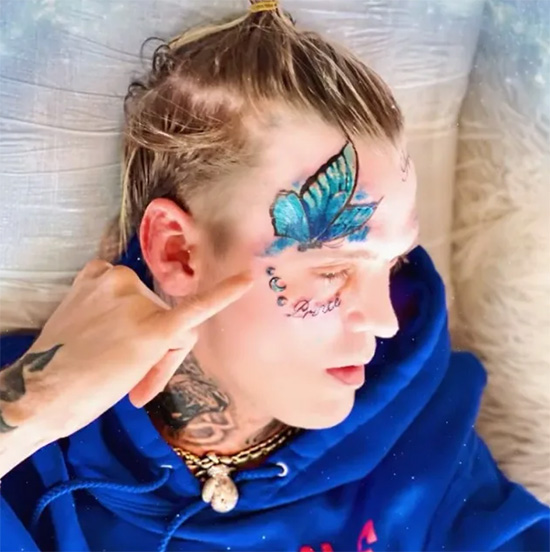 In March of 2022, Carter got a massive face tattoo of a butterfly – a symbol representing Monarch programming.

Carter said that he got the tattoo to “honor” his sister who died in 2012 – the same sister he accused of abusing him when he was a child. Therefore, this tattoo actually references the trauma that led him to become an industry Monarch slave.

About a month later, he went into classic MK-slave meltdown mode. 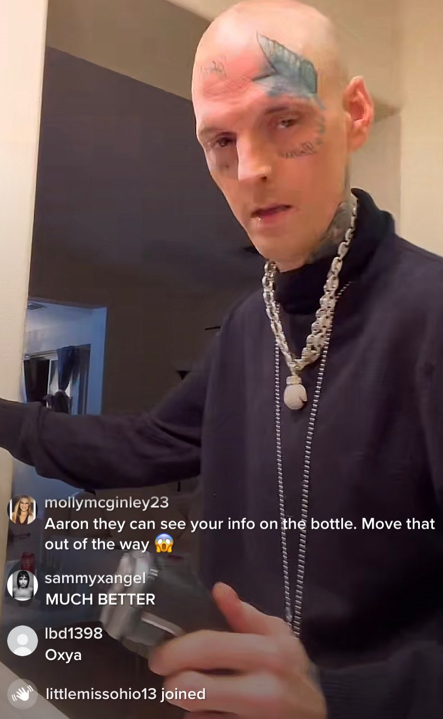 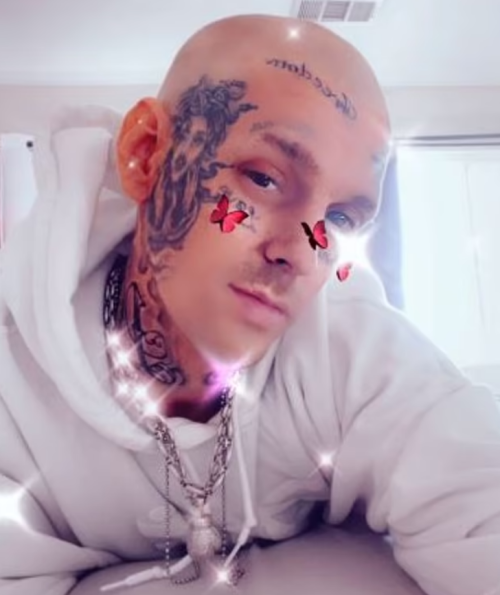 Then, he posted a (heavily filtered) picture of him with … butterflies on his face.

This head-shaving incident is highly reminiscent of Britney Spears’ MK meltdown of 2007 where she infamously shaved her hair in front of cameras. Appropriately enough, Carter went on to compare himself to Spears. 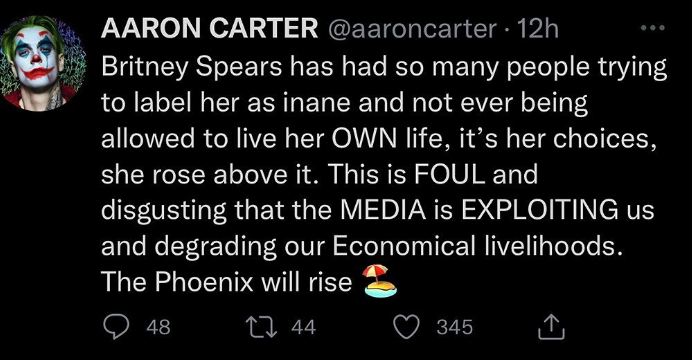 His profile pic: A sad clown with a one-eye sign. Symbolic.

Two days before his death, Carter posted this final tweet.

His tweet appears to be in response to Kanye exposing his “personal trainer” as an MK handler who threatened of institutionalizing him and drugging him out of his mind. 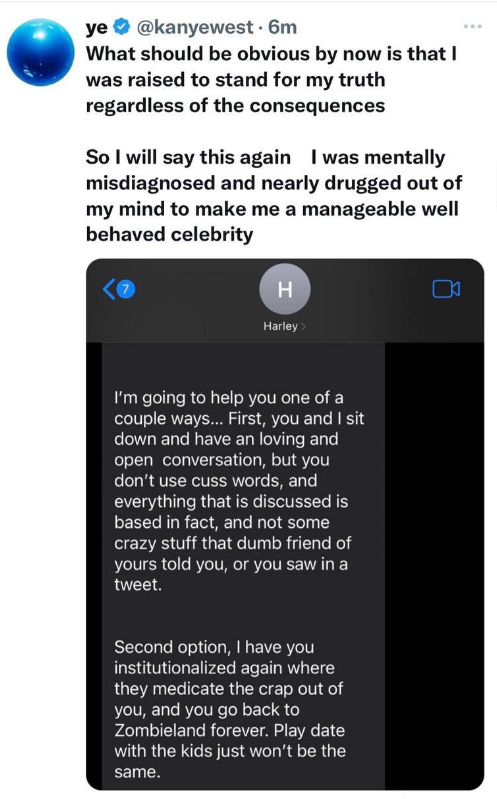 Was Aaron Carter trying to connect with Ye because he was caught in a similar situation and was also trying to break free? Whatever the case may be, he was found dead two days later. In his bathtub. Two days later, an album called Blacklisted was released featuring a one-eye sign. What else do you need to know?

Everything about Aaron Carter was typical of an industry slave. As a child, he tasted the spoils of superstardom while also suffering through the horrific abuse that comes with it. As the years went by, this exploitation inevitably took its toll. The trauma and abuse end up creating a broken adult who acts erratically, sporadically melts down, and is prone to heavy drug usage.

Like many other slaves, Aaron started having moments of clarity after age 30. He attempted to stop using drugs and sought to break away from the industry’s control. In 2022, he went viral for his butterfly face tattoo and head-shaving incident. While he was mercilessly mocked on social media, these events were actually calls for help from an industry slave.

Like so many other slaves, he was found dead at a very young age and drugs were immediately cited as the cause – without any proof. While he could have been huffing cans of compressed air while taking a bath, we probably shouldn’t forget words that Aaron said himself not too long ago:

“They’re trying to kill me off.”