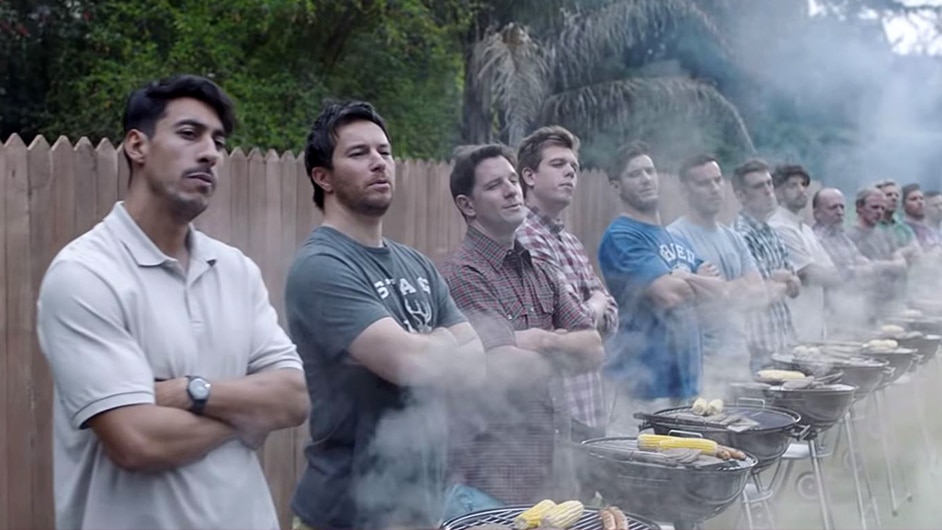 Gillette, a company that made billions by selling overpriced razor blades to men for decades, has launched an ad campaign targeting “toxic masculinity”. And the ad is … toxic. Through stereotypes and generalizations, it accuses 50% of the human population of terrible wrongdoings and calls for a drastic modification of its behavior. The admitted goal: To shape the men of tomorrow. Welcome to an era where marketing mixes with Orwellian propaganda.

On Gillette’s official website, the campaign is described using a vocabulary coming directly from social-engineering think-tanks.

Thirty years ago, we launched our The Best A Man Can Get tagline.

Since then, it has been an aspirational statement, reflecting standards that many men strive to achieve.

But turn on the news today and it’s easy to believe that men are not at their best. Many find themselves at a crossroads, caught between the past and a new era of masculinity. While it is clear that changes are needed, where and how we can start to effect that change is less obvious for many. And when the changes needed seem so monumental, it can feel daunting to begin. So, let’s do it together.

It’s time we acknowledge that brands, like ours, play a role in influencing culture. And as a company that encourages men to be their best, we have a responsibility to make sure we are promoting positive, attainable, inclusive and healthy versions of what it means to be a man. With that in mind, we have spent the last few months taking a hard look at our past and coming communication and reflecting on the types of men and behaviors we want to celebrate. We’re inviting all men along this journey with us – to strive to be better, to make us better, and to help each other be better.

From today on, we pledge to actively challenge the stereotypes and expectations of what it means to be a man everywhere you see Gillette. In the ads we run, the images we publish to social media, the words we choose, and so much more.

“A new era of masculinity”? “Types of men and behavior we want to celebrate”? This is all pure social engineering.

Before we go any further, let’s look at this ad.

The Worst Men Can Get

Instead of selling a product, the ad sells an idea: Men are bad and they need to change. To do so, it uses classic marketing and cinematography techniques to vilify an entire gender by highlighting its supposed toxicity.

The ad begins with men of all ages looking at themselves in the mirror with a guilty look on their face.

Hey, random person who happens to be male,  you’re bad and disgusting. You need to change. Just stop and listen to what Gillette expects from you.

As they stare in the mirror, the words “bullying”, “sexual harassment” and “toxic masculinity” are heard in the background. Appropriately enough, the words all come from mass media.

In a disapproving tone, the narrator says: “Is this the best a man can get?”. Guys, you’ve let Gillette down. Gillette is not happy with you right now. You are not living up to the tagline it used for decades to sell overpriced razor blades as a near-monopoly.

A young boy cries due to text messages as other boys run through the living room, destroying everything. Damn you, boys!

Is online bullying truly a “masculinity” issue? Don’t girls also send hurtful text messages? The answer: Yes, they do. Because, this is a  jerk-versus-not-jerk issue, not a male versus female issue. But the ad is all about distortion and manipulation. It maintains an awkward distance with reality that makes it difficult to watch.

Throughout the ad, young boys are depicted as wild, out-of-control animals that cause havoc everywhere they go. The message: We need to train boys to follow our agenda since birth. If not, they will become destructive.

Watch out world, school boys are coming through and they’re full of toxicity.

No, this is not a scene from a horror movie. It’s an ad for overpriced razor blades.

The ad then proceeds to explain how men should modify their behavior in order to be “better”.

On TV, a fictitious sitcom depicts a man being grabby with a maid.

What actual TV show depicts a man assaulting a maid and who is laughing at those scenes? The answer: None and nobody. It’s a fake scenario. The message of this scene: Mass media needs to be tightly controlled to prevent the depiction of any behavior that is deemed “toxic” (it already is). Moreover, one shouldn’t laugh or be entertained by things that are now deemed toxic.

In other scenes, the ad presents individual jerks being jerks … and blames 50% of the human population.

The guy says: “What I actually think she’s trying to say…”.

Once again, this is not typical “men” behavior, this is typical jerk behavior. And, sadly, both men and women are capable of displaying it. This is why wise people say that people should be judged by the contents of their character, not by their race, gender, and so forth.

That being said, this is how Gillette portrays men:

This scene screams out “men are all the same”. It is the definition of generalization. Most fathers know the difference between children playing and fighting. And most of them act and discipline their children accordingly. However, this scene lumps all “males” together and paints them all as inept fathers.

Other scenes call for men to interfere with other men in order to protect women. Or something. I’m honestly not sure.

When an attractive woman passes by, a toxic male wants to talk to her. Then, a guy comes out of nowhere, stops him and says “Not cool, not cool”.

What’s the message of this scene? Men should physically stop other men from talking to women? Is this the kind of society we want to live in?

“And there will be no going back. Because we believe in the best in men. To say the right thing. To act the right way. Some already are. In ways big and small. But some is not enough. Because the boys watching today will be the men of tomorrow.”

The ad actually says that “some” men are OK but most of them are toxic. Wow.

Of course, the ends with a celebration of #metoo. Thank you, Gillette’s marketing team. 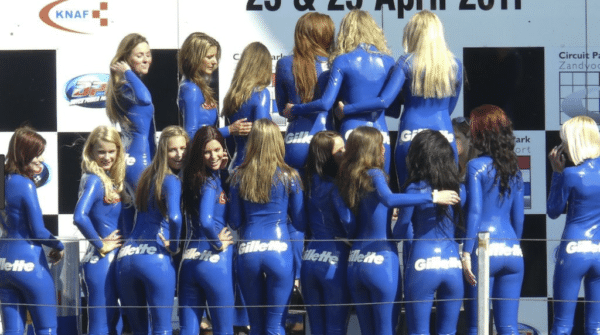 Another creation of Gillette’s marketing team.

Judging by comments on YouTube, most people hated the ad.

So why did this razor brand insult its core demographic? Isn’t it the marketing equivalent of suicide? Is it a way of getting media coverage through divisive controversy? Yes, but there’s more.

Although the ad is based on a ridiculous premise, it is also rather terrifying. It signals the coming of a new wave of marketing that is not about selling products but about modifying behavior according to a specific, clearly defined agenda.

In short, it is social engineering.

Social engineering is the use of centralized planning in an attempt to manage social change and regulate the future development and behavior of a society.
– Definition

As the definition states, social engineering originates from “centralized planning”. In this case, the world elite. There is a reason why the same exact agenda oozes from everywhere. And Gillette, which is owned by the mega-corporation Procter & Gamble, is directly connected with the elite.

Indeed, P&G is a consumer goods company that owns dozens of brands found in households across the world such as Tide, Crest, Pampers, Bounty, Vicks, Oral-B and many more (it also participated in price-fixing cartels, child labor, and forced labor). Its leadership is part of elite organizations such as the Bilderberg group, where major world policies are decided.

In short, the messages contained in the ad do not originate from the good conscience of the people at Gillette. It is a verbatim manifesto of the elite’s agenda that is being pushed through various platforms.

For instance, the Netflix series Chilling Adventures of Sabrina features the same core message: Masculinity is bad and it needs to be punished. Through various scenes, the series depicts men as a horde of violent brutes who cannot act in a reasonable matter.

What is the purpose of this propaganda? What is the end game? Are masculine males a threat to the elite? Yes, but there’s more.

We are currently living in a unique era in human History. The very concept of “gender” (which is the very core of our genetic makeup) is being completely redefined and replaced with artificial constructs to serve specific social engineering purposes. The goal: To debase humans as far a possible from their natural state. The result: A population that is confused, depressed, unhealthy and thoroughly unbalanced that is extremely suggestible to mass media campaigns such as this one.

What is Happening to Céline Dion?