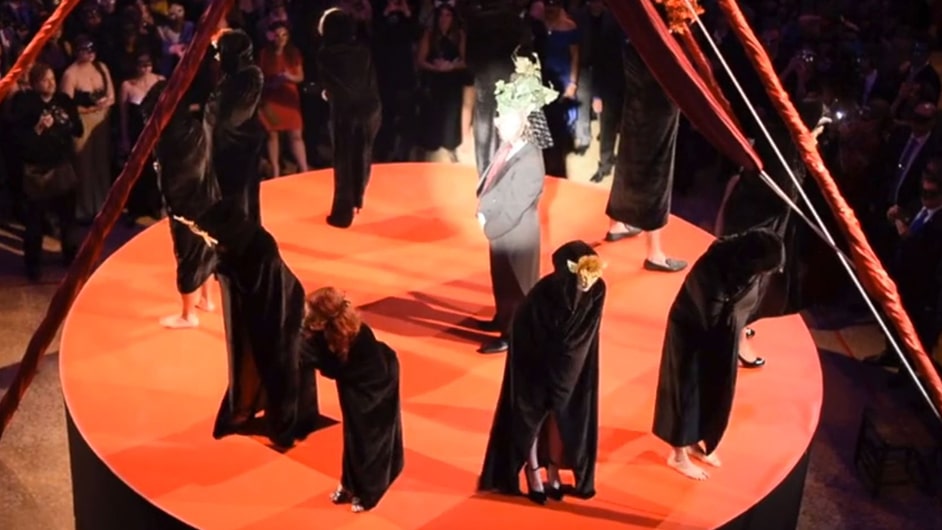 Not unlike actual Illuminati balls held by the occult elite, the event took place inside a sumptuous building: The Weylin in Brooklyn, New York. 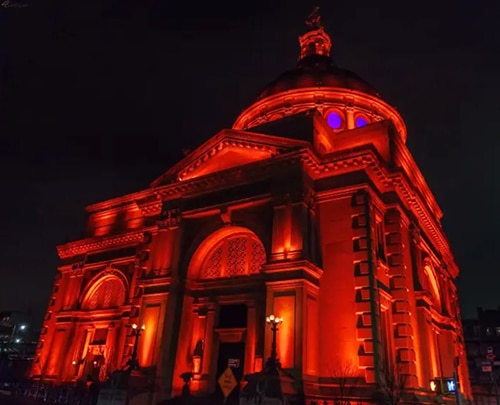 Upon arrival, guests selected a mask from the Masking Room and were then lead to the Domed Ballroom, where they were welcomed by “Baron de Rothschild,” a.k.a. the Pig King. 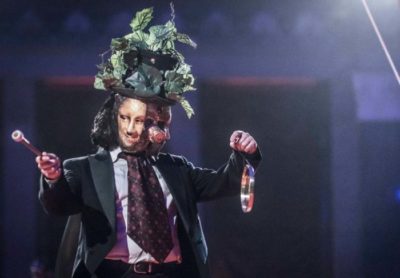 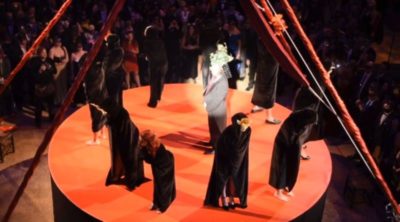 Accompanying the Pig King was his pregnant wife, the “Baroness de Rothschild,” who at one point gives birth to a bizarre creature. 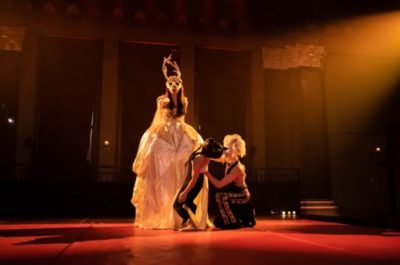 The pregnant Baroness gives birth to a pig in a gimp mask. 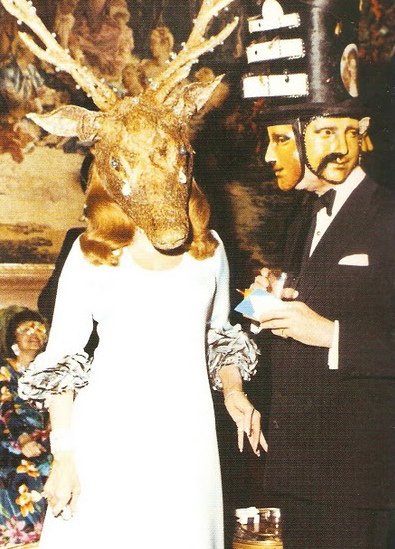 Both hosts were dressed like the Baron and the Baroness de Rothschild at their infamous 1972 ball.

Throughout the night, rituals and “initiations” took place in the many rooms and floors of the building under various themes such as wealth, love, basic needs, fame, and respect. 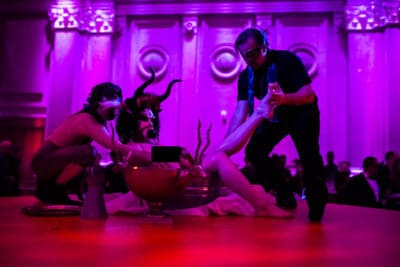 Some “rituals” involved water in something resembling a mock-baptism. 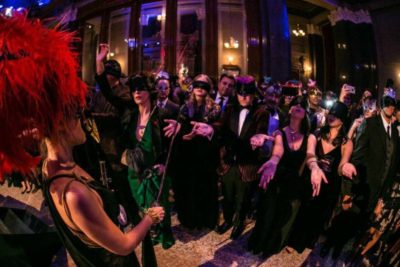 Lots of blindfolding going on. 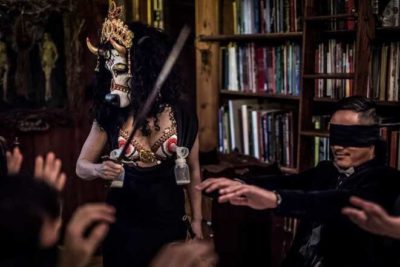 Kamadhenu the cow goddess and her four maidens walked around as guests milked them and tasted their milk.

Of course, no elite-themed event would be complete without a celebration of cannibalism. 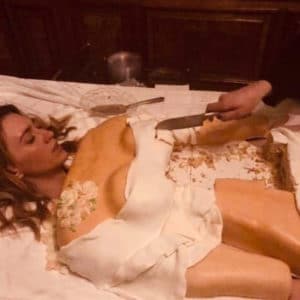 The event included a human “cake” — with a model’s face, hands and feet sticking out of a body-shaped dessert.

Weird fact: The rapper Prodigy of the group Mobb Deep was apparently a big fan of previous Illuminati parties.

Throughout his career, Prodigy wrote several songs about the Illuminati and other secret society-related topics. He also wrote a song especially to promote the Illuminati Ball event, which was used in the event’s promotional video. Prodigy died in 2017 due to “accidental choking”.

The most thrilling, surreal, unique and immersive New Year’s Eve masquerade ball in the world.

Indulge in a surreal and unforgettable experience this New Year’s Eve where you’ll be led through an exploration of the myth and mystery of the Illuminati by sirens and sailors, mermaids and sacred cows, barons and baronesses.

Are we really being considered for the Illuminati?
No. This is an immersive theater production about the Illuminati.  We endeavor to enlighten and entertain you.

Is this a sex party?
No. The evening will be decadent and sensual and the show will contain some nudity, but this is absolutely not a sex party. 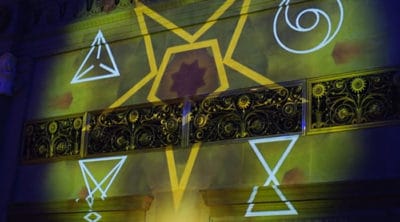 Although the organizers state that the event has nothing to do with the occult and “devil worshiping”, symbols projected at the party were about the occult and the devil. The big yellow inverted star is the symbol of the Order of the Eastern Star – the official “female” appendage of Freemasonry. At the top right is 666 fashioned in a circular shape. At the bottom left is the sigil of Lucifer.

The website also contains a weird “Commandments” tab which is about the Georgia Guidestones. 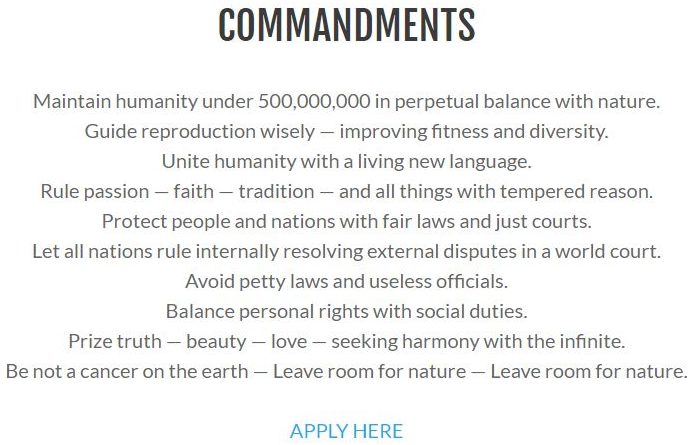 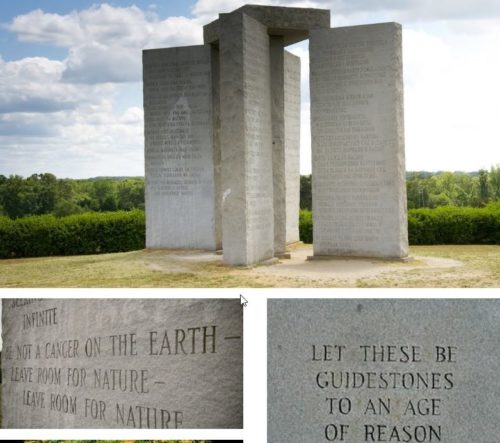 The organizers appear to be great fans of the Guidestones which were created by the occult elite. 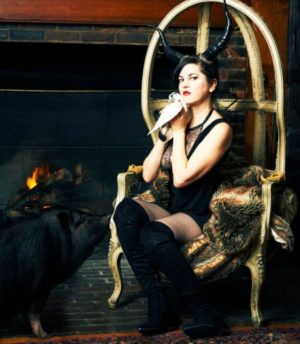 The event was organized by Cynthia von Buhler – an artist who is mostly known for her work as an author and illustrator for children’s books. In 2001 von Buhler was commissioned by Steven Spielberg to illustrate Martha Stewart’s story for Once Upon A Fairy Tale (Viking).

However, most of von Buhler’s other creations, which include paintings, sculptures and “immersive theatre” are far from children friendly. 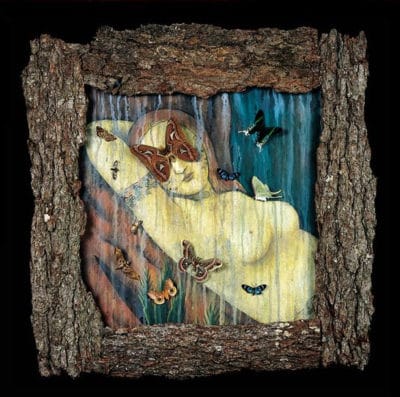 Several von Buhler creations are rife with Monarch Programming symbolism such as this painting. 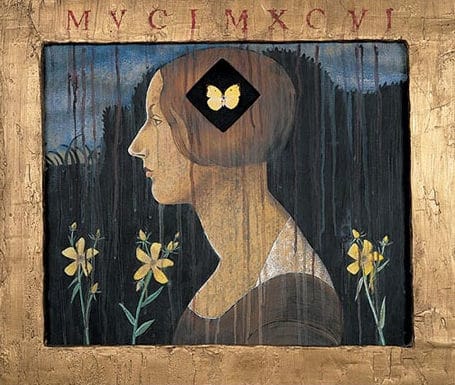 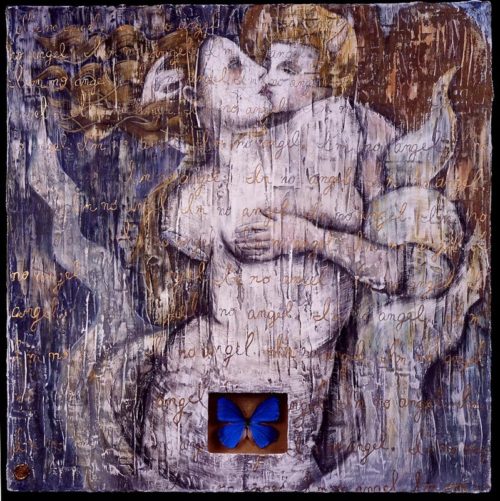 A woman kissing a horned man with a butterfly over her genitals. The words “I’m no angel” are printed throughout. Monarch programming. 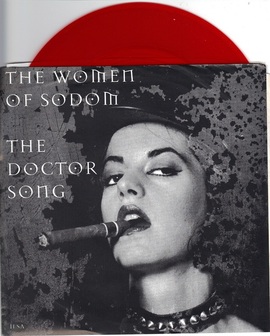 She is also the lead singer of the band Women of Sodom. Sodom is a biblical city associated with “sexual immorality, unnatural lust, and abominable things”.

The Illuminati Ball is very similar to the UNICEF Masked Ball that was described on this site a few months ago. Both were inspired by the Rothschilds and both attracted well-to-do individuals in a watered-down version of occult elite rituals. Like children who “play house” while pretending to be grown-ups, the guests of these parties took part in mock sacrifices, cannibalism, and occult rituals they pretended to be occult elite.

I guess that the next step would be to actually sacrifice children, eat actual humans and performs black magic rituals for maximum magical potential. Because that’s what these things are actually about.

The Exploitation of “Drag Kid” Desmond Is Amazing