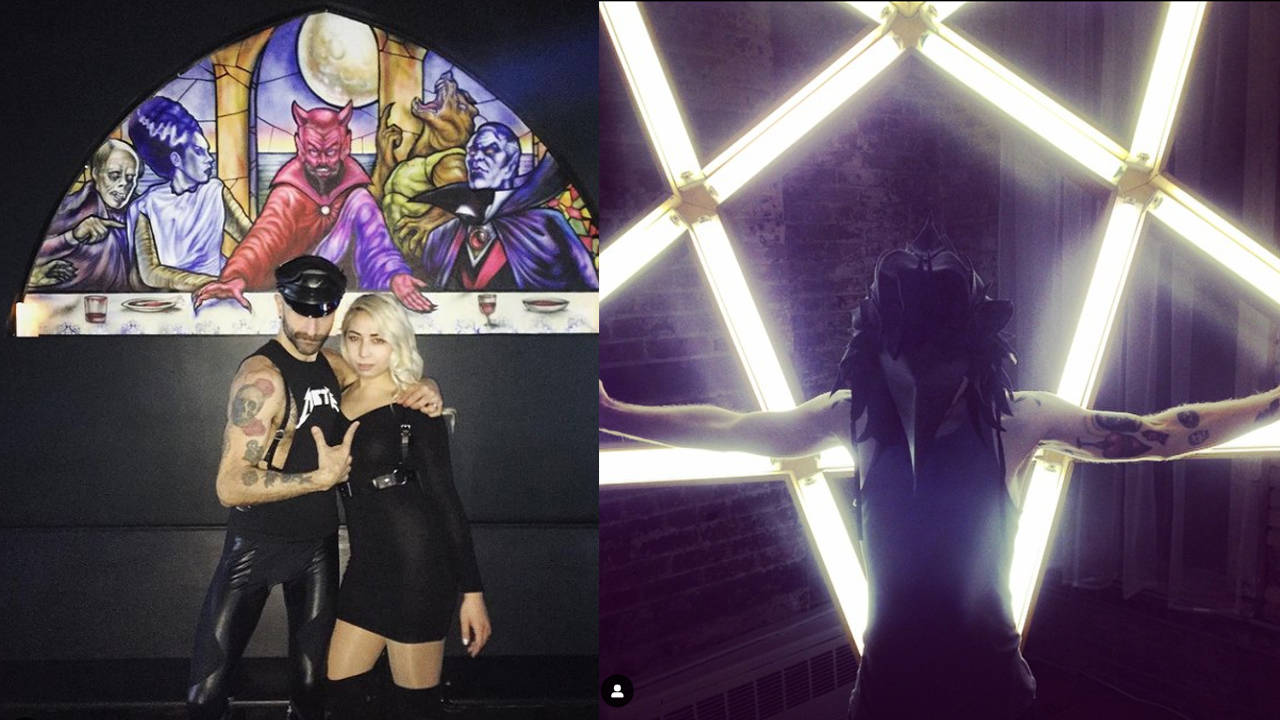 The spread of monkeypox in the United States is not a good look for the Biden administration which is heading towards mid-term elections. So, on August 2nd, some moves were made. Robert Fenton, the former acting head of FEMA was named “monkeypox coordinator” and Demetre Daskalakis, director of the CDC’s Division of HIV prevention, became his deputy.

“From Bob’s work at FEMA leading COVID-19 mass vaccination efforts and getting vaccines to underserved communities to Demetre’s extensive experience and leadership on health equity and STD and HIV prevention, this team will allow the Biden Administration to further accelerate and strengthen its monkeypox response.”

Between the two, Robert Fenton is, by far, the “biggest” name. Considering the fact that he was in charge of FEMA’s response to 9/11 and Hurricane Katrina, he can already be considered a historical figure in US history. However, it is Daskalakis who is garnering 99% of media attention. Why? Because, like everything else in politics, the move had an important PR dimension attached to it.

One of the many headlines celebrating Daskalakis.

The main focus of media: Daskalakis is gay. That is quite an accomplishment. To his credit, he’s been active in places where monkeypox is being spread.

Daskalakis operated an HIV and hepatitis screening clinic out of a small office inside a Manhattan S&M club called Paddles, where men could pay $40 to party without their coats or clothes, according to the Atlantic. He also dressed in drag to administer meningitis vaccines at sex clubs and bath houses during an outbreak in New York City, NBC News reported. In an interview with The Atlantic, he claims to have learned his bedside manner from “East Village drag queens.”
– Daily Caller, Meet Joe Biden’s Monkeypox Czar — A Gay Doctor In Drag Who Wants To ‘Dismantle Stigma’

In a 2021 interview with Advocate, Daskalakis outlined his “plan” to eradicate HIV:

“To end the epidemic, we must have a clear focus on the STI and hepatitis [epidemics] and we must address the systemic racism, sexism, homophobia, and transphobia that hamper our progress. I’m thrilled that we are going to approach addressing HIV like a new outbreak all over again so we can end it.”

By using politically-charged words like “systemic racism, sexism, homophobia, and transphobia” to address a health issue, we can already see that there’s a clear ideological dimension to Daskalakis’ nomination.

But there’s even more to this. When Daskalakis is literally covered in satanic imagery. What does that say about “public health” in the United States and the White House in general? 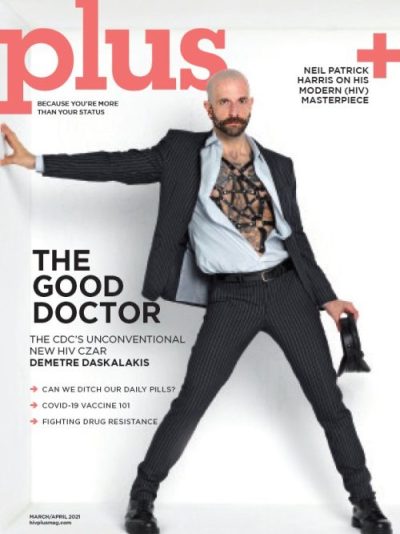 Daskalakis wears a pentagram harness on the cover of Plus magazine. The unholy combination of PR, occultism, and public health. 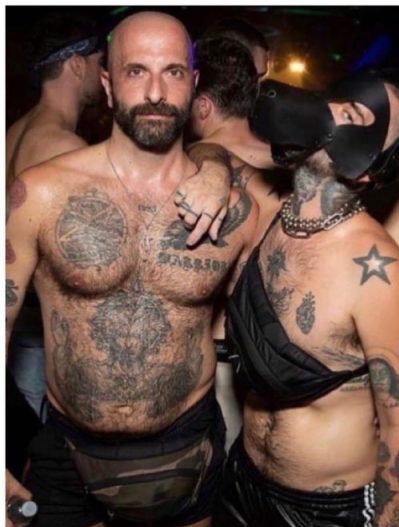 Daskalakis’ social media accounts are filled with pics of him showcasing his tattoos which include an inverted pentagram and another one mocking Christ.

These pics caused some people to wonder: Did the White House appoint an actual satanist to become one of the nation’s “public health officials”?

As usual, media sources spun the story. In an article by The Advocate titled Why Are Conservatives Tearing Their Hair Out Over This Gay Doctor? we can read:

Trolls have targeted his tattoos shown on his personal Instagram page. Of the many tattoos, Daskalakis has one with a pentacle.

That’s what made others on social media lose it. A gay doctor posting thirst traps and baring a pentacle tattoo? Many came to the conclusion that he’s a satanist.

“I am certainly not a satanist,” Daskalakis tells The Advocate.

And why do people think he is? “It’s because I wear high-fashion harnesses by Zana Bayne,” he cheekily replies.

The harness has been making a splash in the fashion world for more than a year now. Also, the pentagram (or really a pentacle, since it has a circle around it) has been around for thousands of years, even predating Christianity. The HIV prevention specialist has tattoos including other iconography, including a more Christian-oriented one. Maybe it’s all about balance?

To spin this story, this article engaged in shameless disinformation. First, the tattoo is not a simple pentacle, it is an inverted pentacle – the same one that is used on the official logo of the Church of Satan. 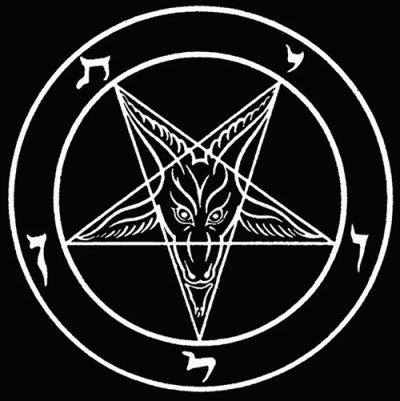 The sigil of Baphomet – the official symbol of the Church of Satan. Daskalakis has pretty much this exact thing on his chest.

Here’s what Manly P. Hall, an actual occultist (and not a disinformation journalist), has to say about inverted pentagrams:

“In symbolism, an inverted figure always signifies a perverted power. The average person does not even suspect the occult properties of emblematic pentacles (…).

The black magician cannot use the symbols of white magic without bringing down upon himself the forces of white magic, which would be fatal to his schemes. He must therefore distort the hierograms so that they typify the occult fact that he himself is distorting the principles for which the symbols stand. (…)

The pentagram is used extensively in black magic, but when so used its form always differs in one of three ways: The star may be broken at one point by not permitting the converging lines to touch; it may be inverted by having one point down and two up; or it may be distorted by having the points of varying lengths.

When used in black magic, the pentagram is called the “sign of the cloven hoof,” or the footprint of the Devil. The star with two points upward is also called the “Goat of Mendes,” because the inverted star is the same shape as a goat’s head. When the upright star turns and the upper point falls to the bottom, it signifies the fall of the Morning Star.”
– Manly P. Hall, The Secret Teachings of All Ages

The article also purposely ignores the HUNDREDS of highly satanic pictures that can be found on Daskalakis’ Instagram accounts.

Shortly after he got the job, Daskalakis’ Instagram account went private. Nevertheless, some sources managed to take a few screenshots. And they’re rather telling.

His personal account contained occult and satanic images such as this inverted pentagram and crucifix which appears to be used for ritualistic purposes.

Here, Daskalakis mocks the Christ – a recurring theme in his pictures. 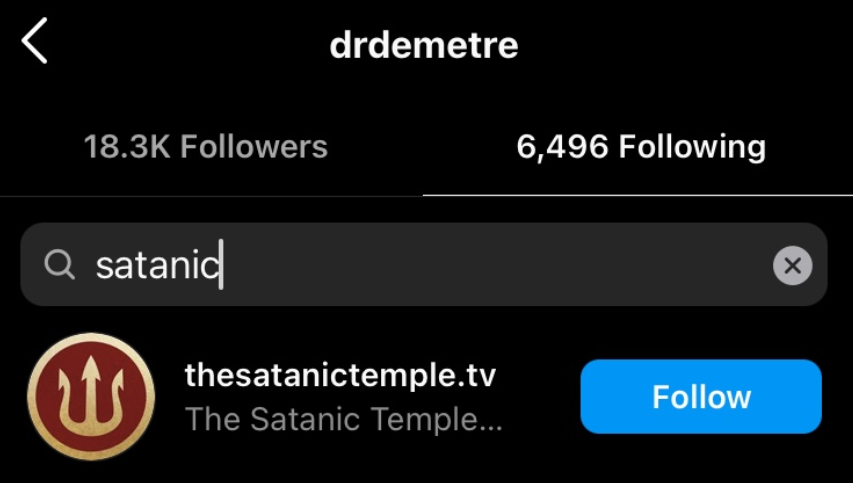 These pictures prove that he’s not simply “interested” in satanism and that he’s not just trying to be “edgy”. He’s deeply committed to it. It defines him. And there’s more.

Some years ago, Daskalakis and his partner Michael MacNeal founded Monster Cycle in NYC. And, long story short, it’s a satanic gym. That’s the only way to put it. The Instagram account of the gym contains every single occult and satanic symbol that was ever mentioned on The Vigilant Citizen.

The location of the gym itself is highly symbolic. 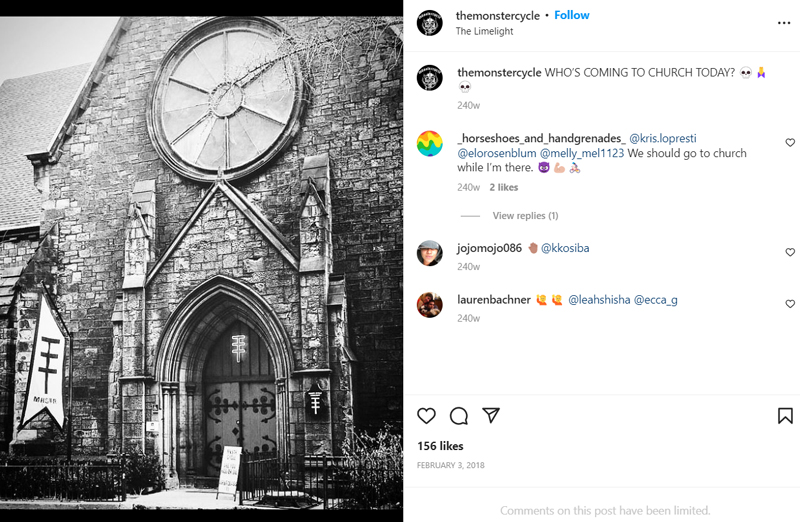 The gym is inside a former Church. Satanic black masses are all about desecrating Christianity and turning a church into a satanic shrine is the ultimate way of accomplishing this. 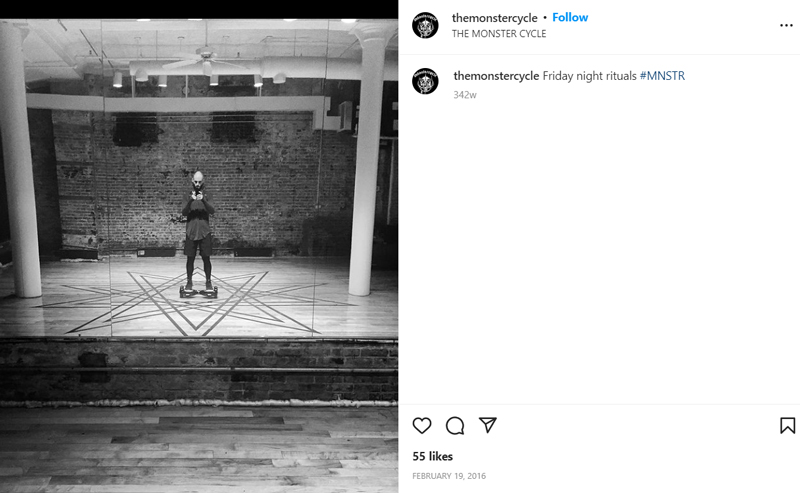 The workouts are framed as “rituals” (see the caption) and they take place pseudo-occult symbols. 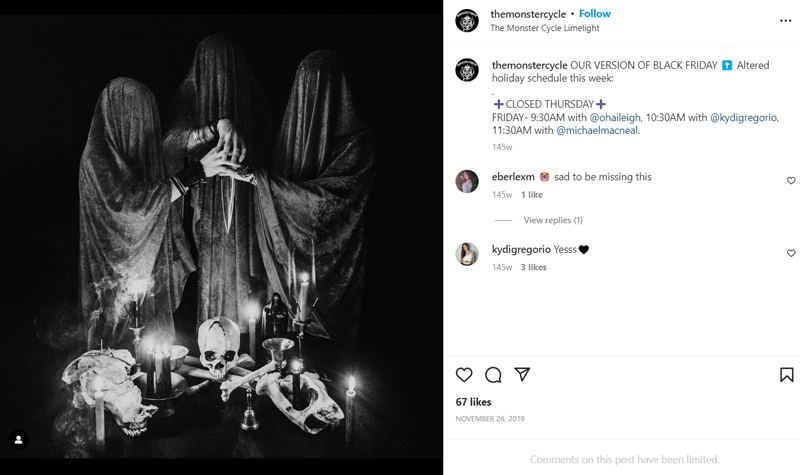 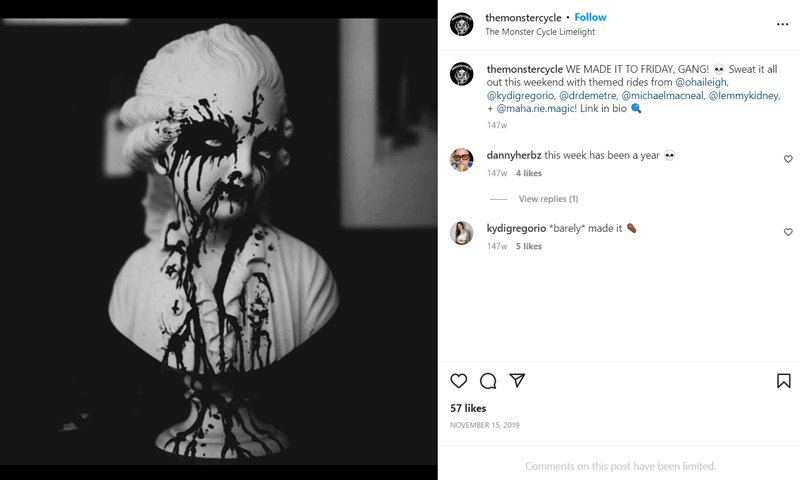 Daskalakis’ personal Instagram account was tagged on this pic that features inverted crosses drawn in blood. He’s tagged on numerous pictures posted on this IG account. 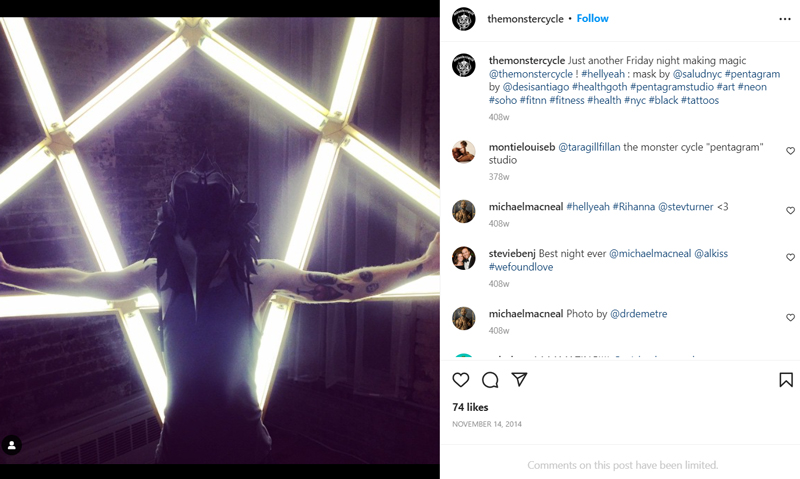 In a photo taken by Daskalakis, Macneal poses in front of a giant inverted pentagram, while wearing a creepy plague mask … while posing as Jesus crucified. 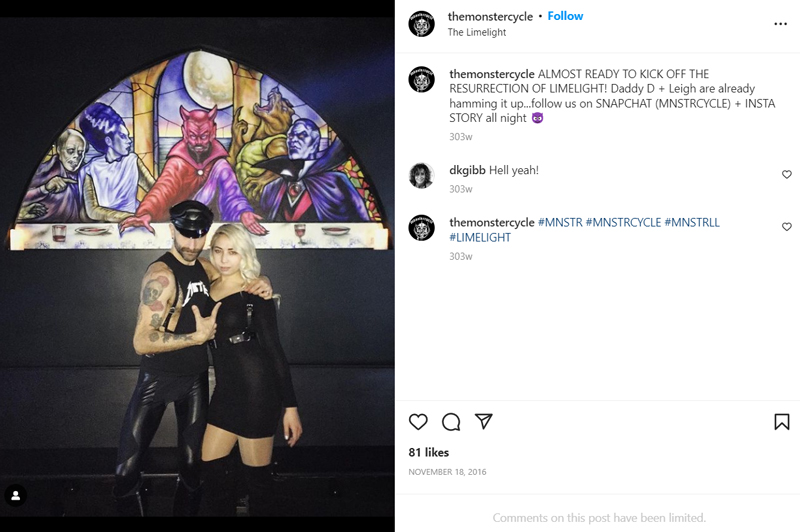 The church’s stained glass windows were replaced with “art” such as this thing depicting the devil in the place of Jesus at the last Supper. Daskalakis poses proudly in front of it. 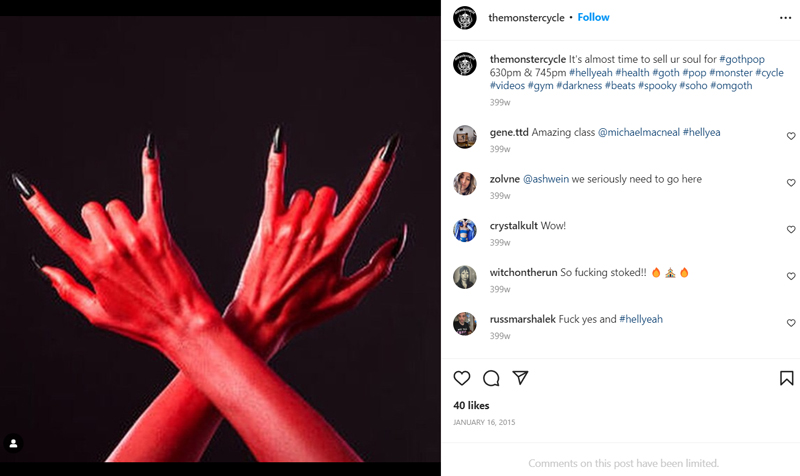 Devil. The caption of the pic: “It’s almost time to sell ur soul”. Is this really a spinning class? 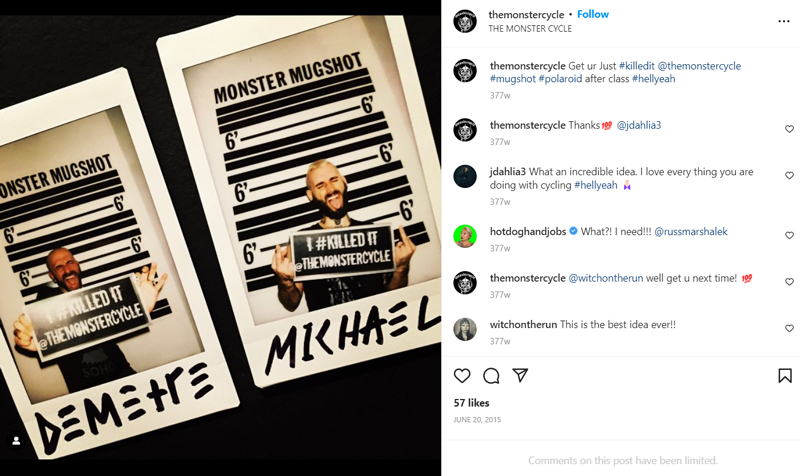 Daskalakis with his husband in front of 666 background. 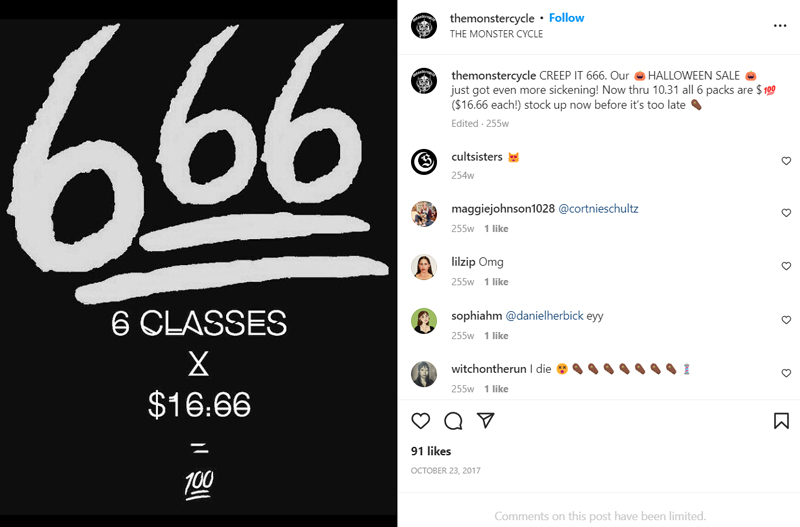 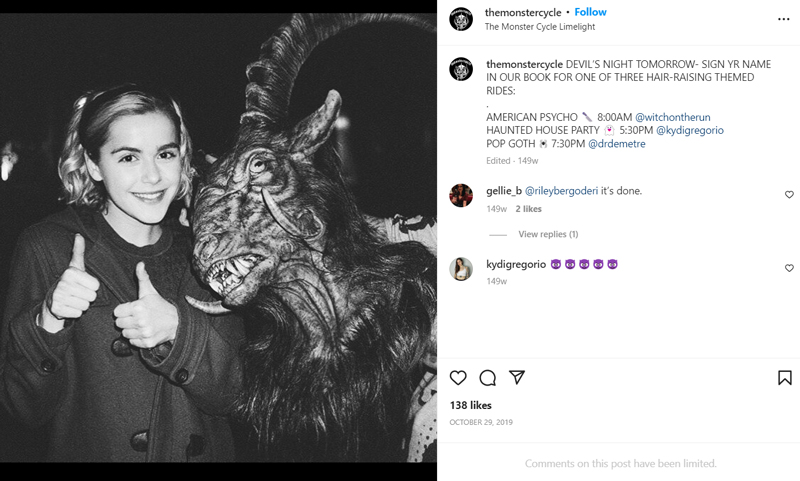 The “Devil’s Night Event” is promoted using a picture from the highly satanic show Chilling Adventures of Sabrina. 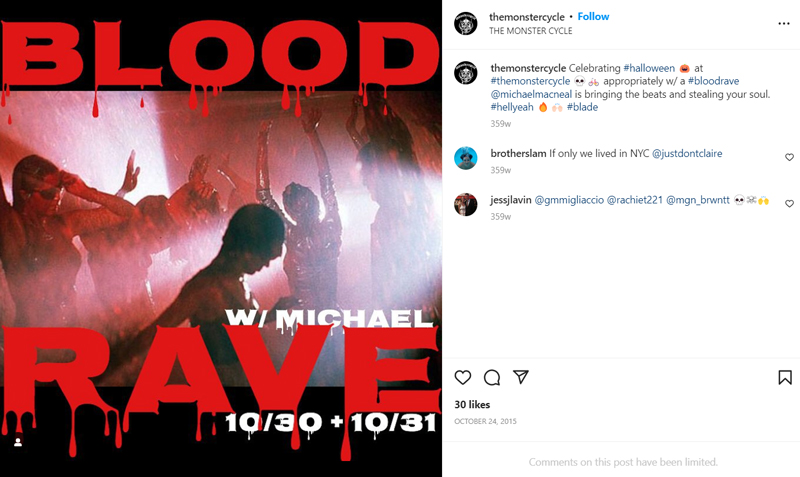 The gym celebrates Halloween with a “blood rave” – a party where everyone is covered in blood (fake, hopefully). So, yes, they’re completely down with the occult elite’s obsession with human blood. 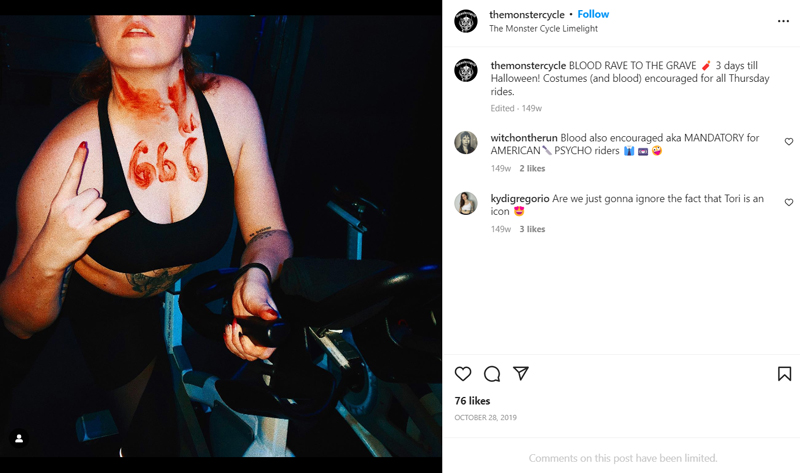 A happy customer of the blood rave. 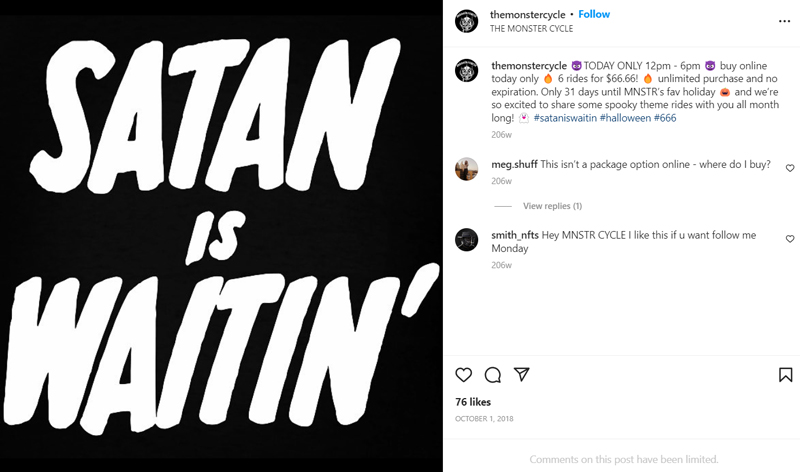 Do you need more proof that Dskalakis is involved in satanism? I mean, seriously. Look at that pic, read the caption and read the hashtags.

Dozens of other highly symbolic pictures could be added. So, no, Daskalakis being highly invested in satanism is not an invention by “crazy conservative trolls”. It is an undeniable fact.

As seen in this article, Daskalakis is not simply “interested” in satanism, he’s completely defined by it. Let’s imagine for a second that he was Christian and that he posted a similar amount of Christian-themed pictures on his Instagram account. What would be the general consensus? That he’s a devout Christian. Well, using the same logic, one can assume that he’s a devout satanist.

With that being said, I couldn’t care less about his personal beliefs. However, he is now a leading public health figure in the country. And, since COVID, we’ve discovered (much to our horror) that “health officials” can be given sweeping, never-seen, God-like powers.

Should this kind of power be given to someone who is so obsessed with Satanism and everything that comes with it? His own social media posts revolve around the concepts of evil, death, blood, occult rituals, human sacrifices, and outright hatred of Christianity. Is this the kind of mindset you want from someone who wants to put a needle in your arm? 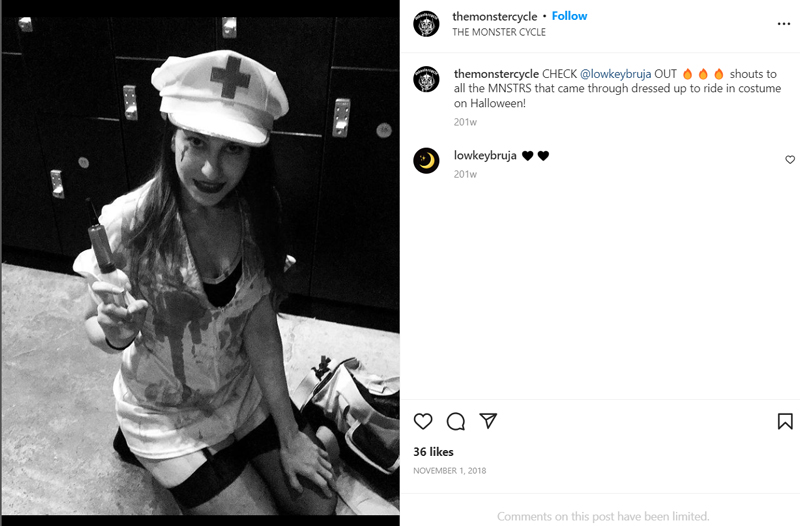 The Elite is Desperately Trying to Convince You to Eat Bugs. Here’s Why.

The Traumatic Life and Suspicious Death of Anne Heche