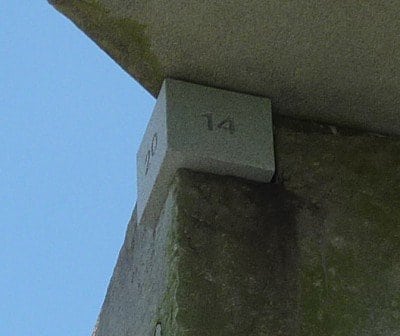 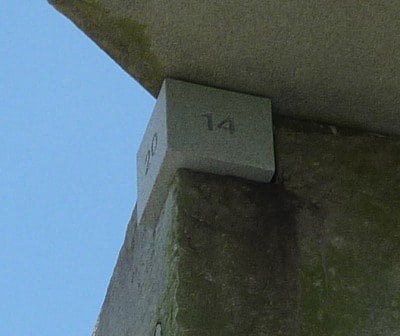 In my article Sinister Sites : The Georgia Guidestones, I took a thorough look at the Georgia Guidestones and at its ominous message for humanity. In short, it is all about massive depopulation, world government, a single language and a single religion. While this monument was built in 1980, its “commandments” keep increasing in relevancy as the world elite steers the masses towards a New World Order.

A recent addition to the monument- a block on which is inscribed 2014 – was placed inside an indent between the English and the Spanish slab. While apparently trivial, this block nevertheless proves that the Guidestones is still updated by its sponsors and that its message is, more than ever, relevant in 2014.

Why is 2014 inscribed on that block? Will an event lead to the fruition of one of the Guidestones’ commandments in 2014? Considering the fact that the first commandment is about maintaining the world population under 500 million, this is somewhat disturbing.

Another recent addition to the monuments is camera surveillance. 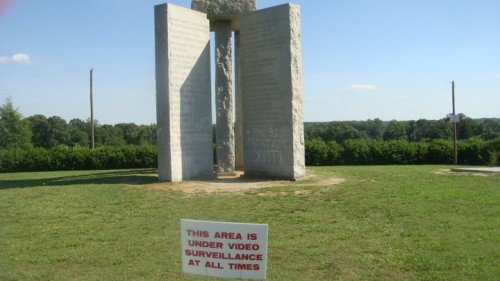 It is rather appropriate that a monument celebrating the New World Order is “under video surveillance at all times”. 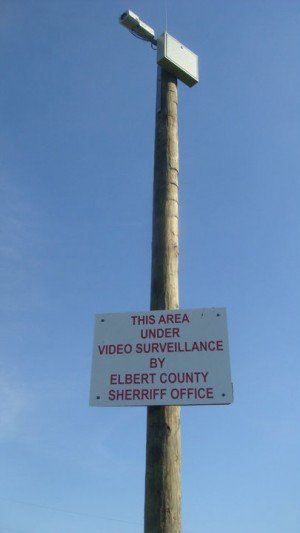 The Georgia Guidestones is therefore not abandoned but alive and well. The monument is maintained, updated and monitored. In short, the commandments inscribed on the stones are not a philosophical fantasy dreamt up by strange people 34 years ago, it is a concrete plan that firmly believed in by the elite.

The block was recently removed and destroyed. In a video posted on YouTube, we see that the other faces of the block were also inscribed.

As you can see, the faces are inscribed with 20, 14, 16, 8, MM and JAM. While some claimed that the insertion of this block was an act of vandalism, we can clearly see that it was destroyed. Evidence is usually not destroyed on the spot (and given to bystanders). This block was therefore most likely added by the makers of the monument.

Amanda Bynes Tweets About Father’s Abuse and Microchip in Her Brain; Now Under Involuntary Psychiatric Hold