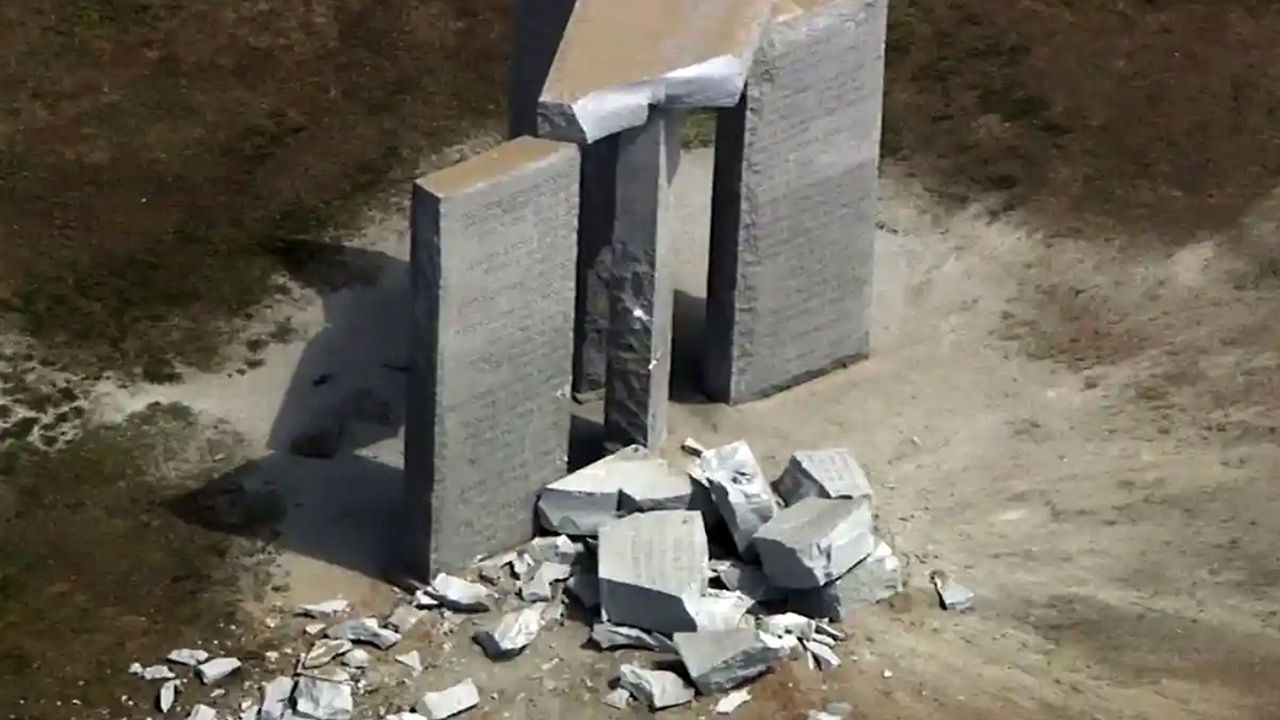 The ten guides were engraved in eight different languages and alluded to several topics dear to the world elite such as a world court, a world language, and the guiding of human reproduction. However, it was the very first guide that made the Guidestones so controversial:

Maintain humanity under 500,000,000 in perpetual balance with nature.

In order to obtain a population of less than 500 million, humanity needs to be reduced by about 93%. For this reason, the Guidestones were believed to be concrete proof of the elite’s fixation with massive depopulation.

Throughout the years, the landmark attracted lots of attention from those who revered it and those who hated it alike. Indeed, the monument was the site of strange rituals and gatherings of pagan and occult groups – often on dates with astronomical significance. It was also the target of acts of vandalism as satanic symbols and messages against the NWO (New World Order) were spraypainted on the structure on numerous occasions.

With that being said, the Guidestones are now history.

On July 6th, at around 4 am, an explosive device was detonated by “unknown individuals”. Here’s CCTV footage of the detonation.

The blast reduced one of the slabs to rubble and severely damaged the capstone. After the detonation, a car was filmed leaving the scene. The Georgia Bureau of Investigation said in a statement that it is investigating the explosion together with the Elbert County Sheriff’s Office. 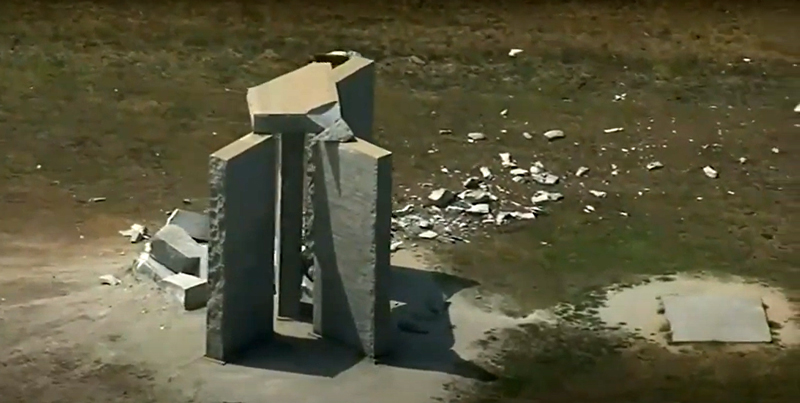 The Guidestones after the blast.

A few hours later, the structure was completely demolished due to “safety reasons”. Here’s a video of the Guidestones being torn to the ground.

The remains of the Guidestones.

When I first wrote about the Guidestones over 12 years ago, I never thought I would ever witness this massive structure being completely demolished. While the real Stonehenge is still standing after 5000 years, America’s Stonehenge barely lasted 40 years.

Some might say that the complete demolition of the Guidestones will only add to its mystery as the identity of the man who ordered it will be forgotten forever.

In 2013, Wyatt Martin, the man who helped broker the arrangement for the monument said:

“I made an oath to that man, and I can’t break that. No one will ever know”.

With that being said, as stated in my original article about the Guidestones, there never a was a “mystery” about the authors. It was always hidden in plain sight.

The explanatory tablet of the Guidestones.

The pseudonym of this mysterious man was R.C. Christian. This is a rather blatant reference to Christian Rosenkreuz, the legendary founder of the Rosicrucian Order, also known as the Order of the Rose Cross (R.C.) – a secret society that greatly influenced world events for centuries.

Everything about this monument pointed directly to the occult elite and the secret societies that fuel its philosophy. Although the monument is gone, the ideals behind it are  not. They’ve existed for centuries. However, in the 21st century, things have changed. While the masses used to be completely oblivious about these things, the information age caused a mass awakening. Now, the plans of the occult elite are met with increasing resistance and pushback.

Therefore, those behind the Guidestones might actually be relieved to see the monument disappear. In an age of misleading and confusing propaganda, the Guidestones were too clear, too concise, and too damning. The elite’s true intentions were literally etched in stone, for all to witness.

They don’t want that anymore. Nowadays, they’re looking to hide their true intentions behind several layers of drivel, hogwash, and nonsense in order to push the masses back to the dark, where they belong. While the monument is gone, sources like The Vigilant Citizen will keep documenting its core message. Through these ten guides, one can understand the true agenda behind most world events.

In the end, in a strangely ironic twist, the Guidestones themselves fulfilled their tenth and final commandment:

Important Announcement Regarding the Future of The Vigilant Citizen