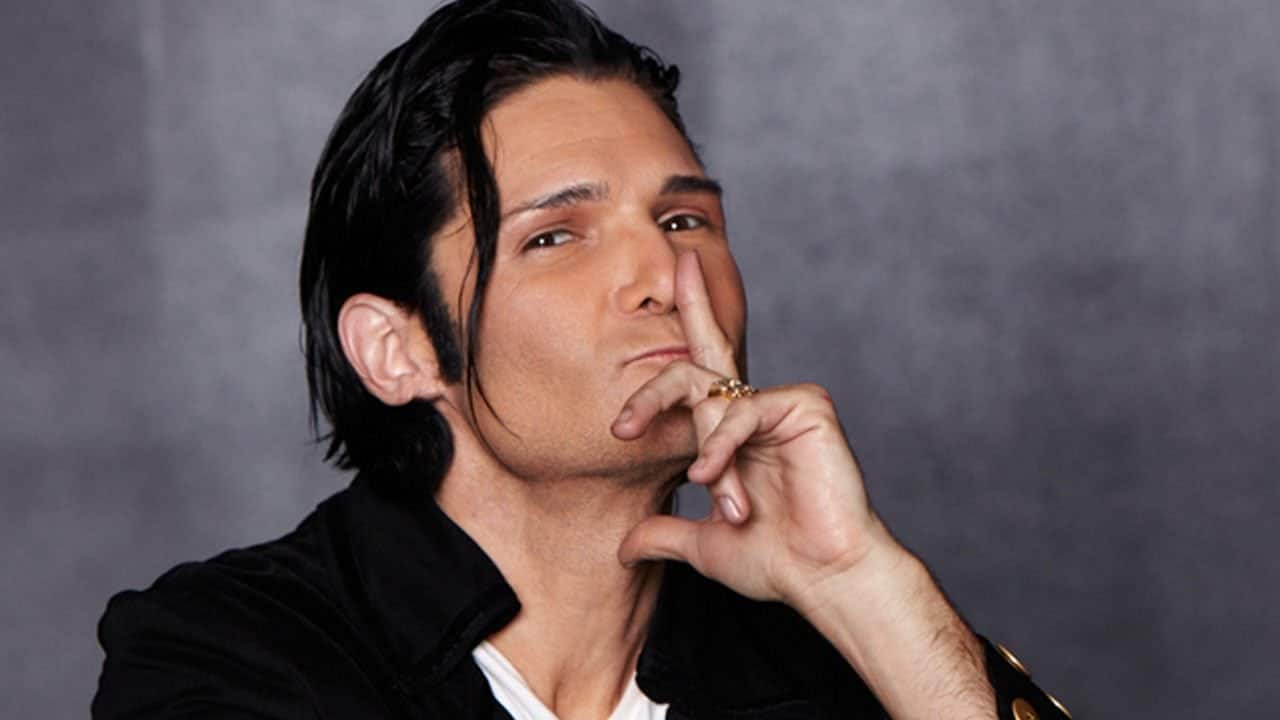 Corey Feldman claims he was almost “run down by two trucks” after confirming plans to bring to light the full extent of Hollywood child abuse.

Former child actor Corey Feldman has been mentioned several times on Vigilant Citizen because he’s been, for years, the most vocal denunciator of child abuse in Hollywood. While he always claimed that several high-powered Hollywood executives are part of a child abuse ring (and that one of them raped his co-star Corey Haim at age 11) Feldman never released any names.

Probably energized by the Harvey Weinstein scandal, Feldman recently released plans to expose Hollywood abuse with by directing, producing and self-distributing the “most honest and true depiction of child abuse ever portrayed.” Feldman said on Twitter:

“Right off the bat I can name six names, one of them who’s still very powerful today.”

He also said he can show a link between paedophilia and one of the major studios.

Feldman also started an Indiegogo campaign for $10 million to be used to fund the film, a legal team, and security for himself and his family. Feldman’s wife, Courtney, suggests the money is to ensure their safety after certain events have left him paranoid he’s being targeted.

“For the record: I will not be going on a talk show to disclose names of my abuser or anyone else’s abusers. So please stop asking me to do so. Also let me add, this is not about fear of being sued! Yes that’s a real possibility but the bigger reason is safety for my family.”

Since Feldman launch his Truth Campaign, Feldman claims that he’s being targeted and his life is being threatened. On October 23rd, he was arrested on a marijuana charge in Louisiana after his tour bus was pulled over for speeding. Feldman believes that the arrest was a shakedown in response to his campaign.

Mangham Police say officers pulled over Feldman’s tour bus for speeding when they found Feldman was driving with a suspended license.

Police say they searched the bus and found marijuana and prescription pills. Feldman was charged with misdemeanor possession of marijuana, speeding, and driving with a suspended license. He was able to pay a fine and was released.

On his Twitter page, Feldman said he had nothing on him but was charged because the tour bus is in his name. He said the marijuana was a member of the crew’s, who has a legal California prescription. He also claimed the pills were legal, and officers promised to drop the charges if he could provide proof of prescription.

He claimed the traffic stop was “a bit of a good ol shakedown,” and that officers asked for pictures and autographs after he paid the fine in cash.
– KNOE8, Police release details in Coery Feldman traffic stop

He adds that several members quit his band because they were fearing for their lives, wondering if “someone got to them”.

Finally, Feldman said that he had a “near death experience” when two trucks nearly ran him down.

Will Feldman ever actually spill the beans and expose the system. Feldman says in his video:

“It’s not easy. I’ve been degraded at great levels. Rumours have been told, stories have been made up about me… all because they fear what I know. Justice will be served. Because this is about good and evil.”

Ex-Pussycat Doll Kaya Jones: The Group Was a “Prostitution Ring”