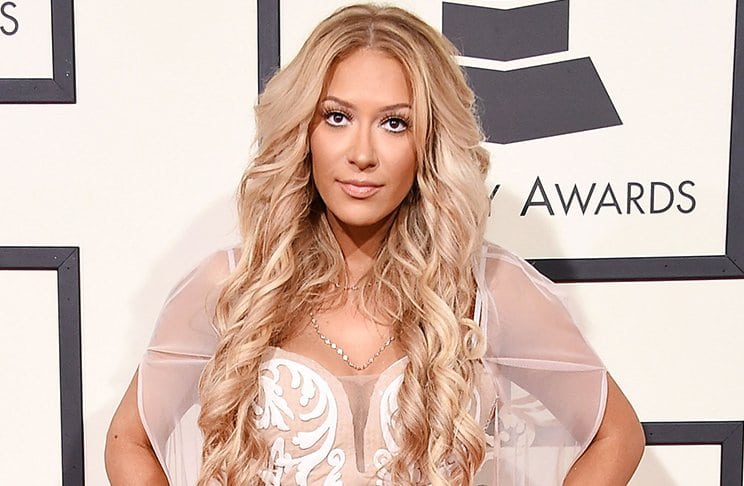 Singer Kaya Jones, an ex-member of The Pussycat Dolls, claims that members were ‘passed around’ by music industry executives.

Kaya Jones was discovered by R Kelly when she was 13 years old and was signed with Capitol Records by age 16. In 2003, she auditioned and was selected to become part of the girl group The Pussycat Dolls. She then moved to Interscope records and went under the tutelage of music producer Jimmy Iovine.

Only two years later, Jones left the group while it was still recording its debut album claiming that “that it was no longer fun to be in the band”. In an interview with Yahoo! Singapore, Jones said:

“When everyone is not on the same page it affects the group so that I think was the worst part and I decided to leave. It was not because I wanted to be solo and I didn’t want to be in a group anymore, I left because it stopped being enjoyable, it stopped being fun.”
– Yahoo! , Ex-Pussycat Dolls member Kaya Jones: It was no longer fun 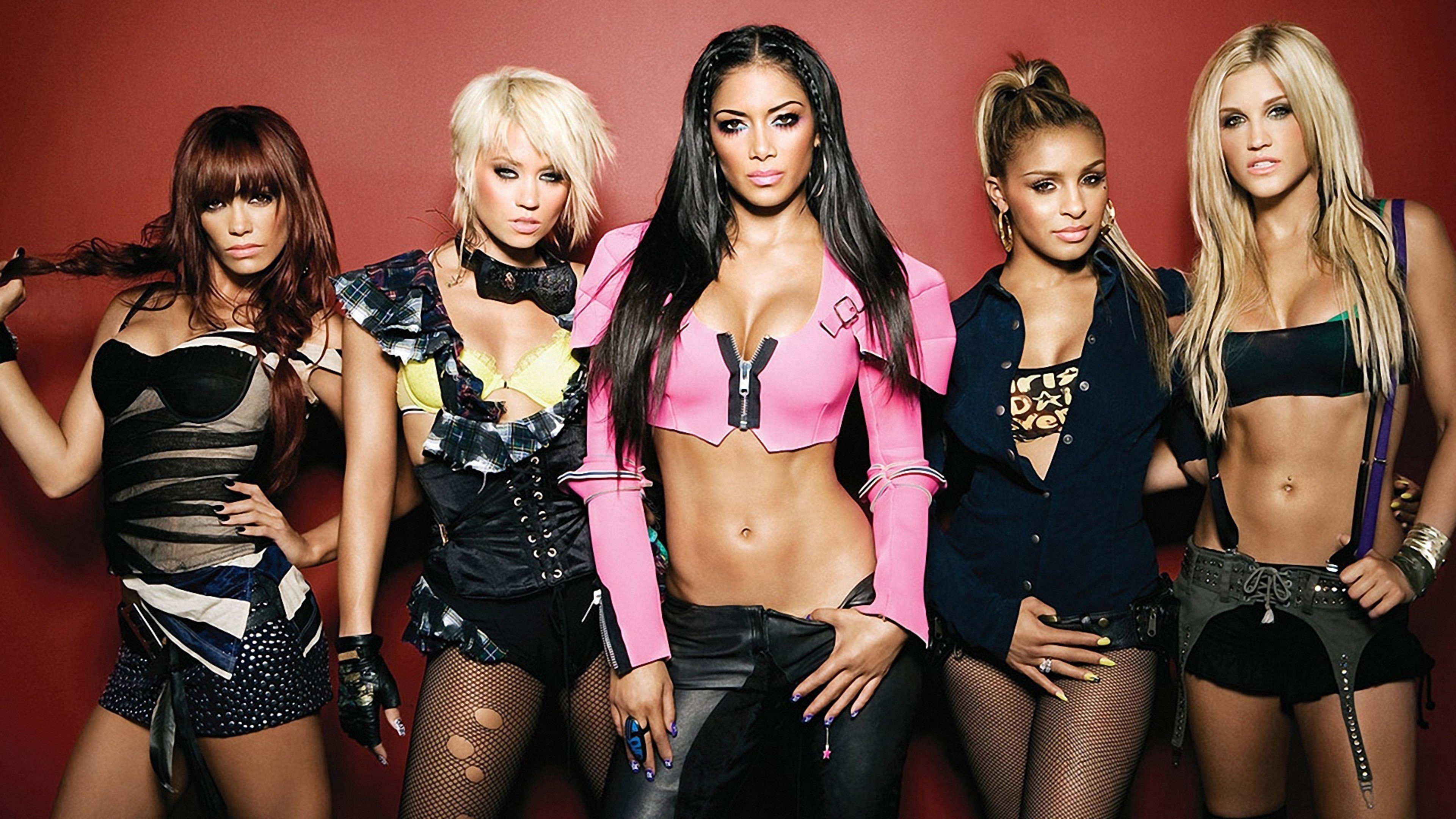 On October 12th, Jones began posting tweets about the “Hollywood elite”, probably in response to the Harvey Weinstein debacle.

On October 13th, Kaya posted about being “abused”, “drugged”. “silenced” and “blacklisted”.

She then made bombshell declarations about The Pussycat Dolls, claiming that it was, first and foremost, a “prostitution ring”. She even added that she kept a journal and a timeline of events.

One cryptic tweet appears to blame the founder of The Pussycat Dolls for the death of a member of the girl group G.R.L.

The above tweet is clearly aimed at Robin Antin, the founder of the Dolls, calling her “the den mother from hell”. 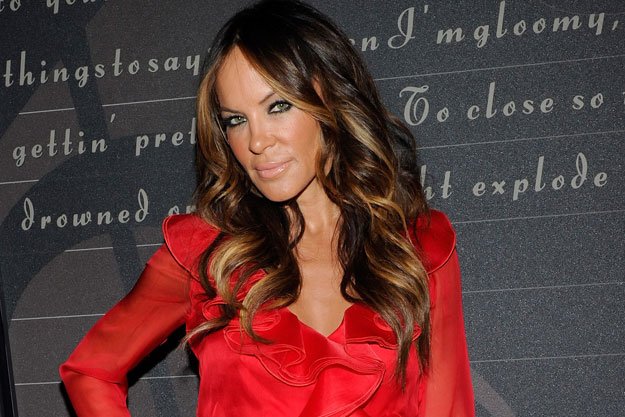 Antin started her career in the industry as a dancer and choreographer. She then went on to build a literal a “Pussycat” empire.

“In 1995 she founded the modern burlesque troupe the Pussycat Dolls. By 2005, she diversified into various media including a pop recording group with international hits, a Las Vegas nightclub venue and floorshow, various merchandise, and a reality television series. Since then, she has gone on to create other girl groups, including Girlicious, the Paradiso Girls, and G.R.L.
– Wikipedia, Robin Antin

G.R.L. was the most successful group following The Pussycat Dolls and were signed to Lukasz “Dr. Luke” Gottwald’s label: Kemosabe (read my articles about Dr. Luke and Kesha to understand why this is significant).

On September 5, 2014, Simone Battle, a member of G.R.L. was found dead at the age of 25. The cause of death was ruled as suicide by hanging. A spokesperson for Battle stated that she “suffered from depression due to financial issues”.

In her tweet, Jones apparently blames Antin for the death, stating:

why another 1 of her girl group girls committed suicide? Tell the public how you mentally broke us

Bizarre fact: Antin’s Wikipedia bio lists one of her occupations as “Hollywood Madame”. 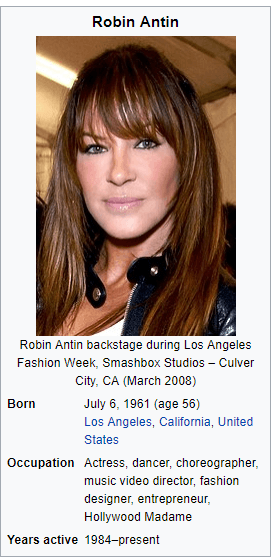 The name Hollywood Madam is associated with Heidy Fleiss who ran a massive escort operation during the 1990’s. Was Antin’s page “hacked”?

In her following tweets, Kaya Jones then explained the mechanics of industry control.

In the following days, Jones replied to those claiming that she was making this up while still going at Robin Antin and Jimmy Iovine.

Robin Antin told The Blast on October 15, that Kaya Jones’ claims are “disgusting, ridiculous lies,” adding that she is “clearly looking for her 15 minutes”. Antin was reportedly surprised that Jones would speak for The Pussycat Dolls, stating that:

“Jones was actually just on a trial and never an official member of the group. Jones was just one of the many girls that auditioned for the group over the years, but ended up washing out and never became a permanent fixture.”

“It is not just nasty, but it’s unfathomable and disrespectful to everyone who works towards suicide prevention and awareness. Antin says bringing up a suicide in such a brazen way not only scars the family, but the millions of people that loved and cared for Simone.”

Sources say that the group’s lawyer is drafting a legal letter warning Jones to “stop spreading lies and damaging the brand”, or face the legal consequences. The timing of these allegations is quite unfortunate for Antin since she is reportedly working on a Pussycat Dolls comeback.

Other members of the group remained mostly silent on the issue. However, in 2013, the group’s lead singer Nicole Sherzinger had some evocative words regarding the industry.

“This is such a tough industry, you know. To make it, you really have to sell your soul to the devil.”

So, is Kaya telling the truth or, as Antin claims, is looking for her “15 minutes”? Well, to be honest, while Kaya’s claims are disturbing, I cannot say that they are surprising. The group’s name is Pussycat Dolls – a name that clearly refers to Beta Kitten Programming. As stated in my article Origins and Techniques of Monarch Mind Control, Beta Programming is all about creating sex slaves to be used by the elite. To achieve this goal, handlers cause slaves to dissociate through drugs, abuse, and trauma. Kaya’s tweets describe this specific situation and I wouldn’t be surprised if members were pushed into a “light” version of MKULTRA to achieve these aims.

No matter what the case may be, Kaya is spot on about this fact: The music industry needs some cleansing.

The (Authorized) Downfall of Harvey Weinstein