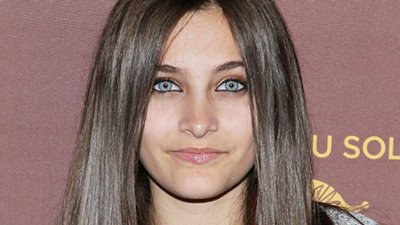 Paris Jackson, the daughter of pop legend Michael Jackson, appears to be aware of a lot of things but her life took a turn for the worse in the past months. On June 5, the 15 year old entered UCLA Medical Center (the same hospital where her father died) after a suicide attempt as she reportedly “cut her wrists with a kitchen knife and took as many as 20 ibuprofen tablets.” It was then reported that Paris actually “didn’t want to die” as she was simply “looking for attention”. Odd.

On July 13th, Paris was released from the hospital but was transferred to an “undisclosed residential treatment center” – one that was recommended by her doctors. She is therefore still under tight surveillance because, according to People magazine: “The feeling is that Paris is still a danger to herself.” Why is she still a “danger to herself” is she did this for “attention”? Things are unclear. Is there MK programming going on there?

One thing is for sure, Paris is definitely aware of the dark side of the entertainment industry. Through her Twitter account, she was looking to “educate” her fans know about it. Here are some of the tweets posted on her verified Twitter and Instagram accounts (most of them were however deleted since then).

Here, Paris refers to MJ’s song “They Don’t Care About Us”, a song that seems to be directed at the elite. “Tell me what has become of my rights/ Am I invisible because you ignore me? / Your proclamation promised me free liberty, now I’m tired of bein’ the victim of shame/ They’re throwing me in a class with a bad name/  I can’t believe this is the land from which I came/ You know I really do hate to say it/ The government don’t wanna see” 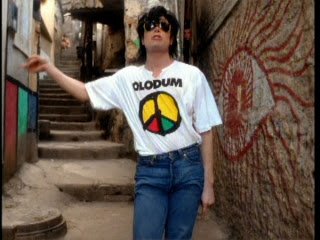 The video featured MJ singing next to a giant all-seeing eye as if to emphasize who he was singing about. 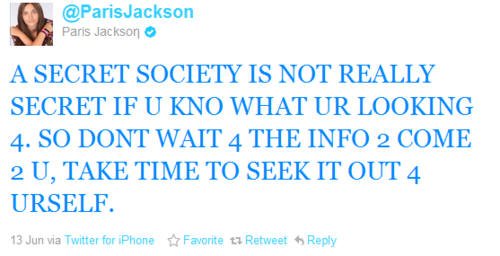 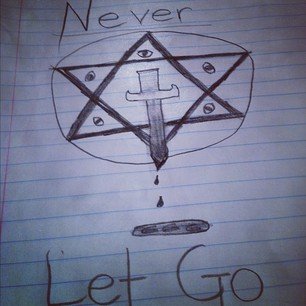 A hexagram with all-seeing eyes and a bloody knife. 666 in the pool of blood. 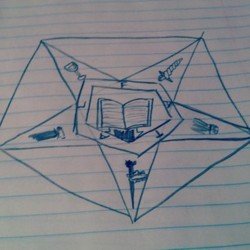 Symbol of the Order of the Eastern Star – the “female” equivalent of Freemasonry. 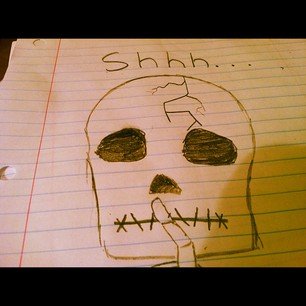 A fractured skull with sealed lips doing sign of secrecy. 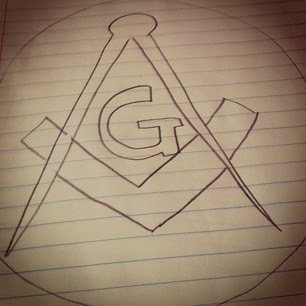 The symbol of Freemasonry.

It might be relevant to know that Conrad Murray, Michael Jackson’s doctor who was ultimately charged with “involuntary manslaughter”, is a high level Freemason.

According to “Freemasons for Dummies” Murray was grand lodge officer of “irregular” Masonic lodge.

“Dr. Conrad Murray was actually a member of the “United Most Worshipful Scottish Grand Lodge of Texas”, an irregular, unrecognized bogus group in the Houston area, that has absolutely nothing to do with the Grand Lodge of Texas AF&AM, the Most Worshipful Prince Hall Grand Lodge of Texas F&AM, or any other regular, recognized form of Freemasonry. Within three years of joining, Murray was made a grand lodge officer, with the rank of Grand Medical Director, which is the title that appears on his officer’s collar in the photo.”
– Chris Hoddap, Michael Jackson’s Doctor, Conrad Murray’s Freemasonry

After learning about Paris’ suicide attempt, Conrad Murray, who is serving a four year prison sentence, sent Paris a creepy “support” message stating: “I love you as a precious father loves his own child and I always will.” These words are coming from the guy WHO IS IN PRISON FOR KILLING HER FATHER.

In short, Paris appears to be a bright young girl who is quite aware for her age. She however appears to be “tainted” and manipulated by the same dark forces that killed her father. Let’s hope things get better for her.