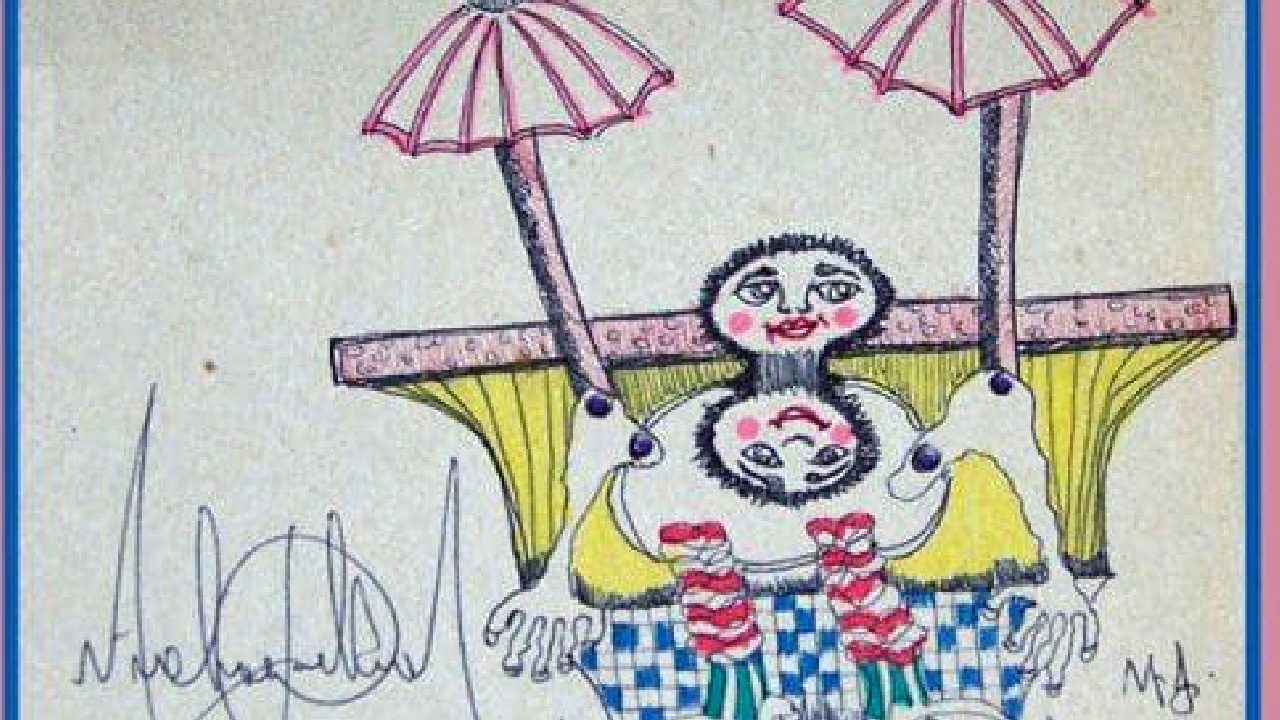 Michael Jackson left behind a great quantity of artwork – and their symbolism is very telling. They provide a rare insight into his inner-struggles and, more importantly, are riddled with images and triggers relating to Monarch mind control.

The story of Michael Jackson is the story of everything that is wrong in the entertainment industry. Pushed into the spotlight from a young age, Jackson became a literal slave of the music industry. While at the peak of stardom, MJ slowly but surely metamorphosed into a completely different person. Although his physical changes were the most obvious, he also showed signs of heavy psychological abuse. Was he subjected to Monarch Programming during a crucial stage of his life? New clues appear to hint in that direction.

A collection of never-seen drawings made by Michael Jackson are now up for sale by a Florida man who owned them and their symbolism is quite revealing. They are completely on-par with MK-themed “art” featured on this site such as the paintings made by MK survivor Kim Noble (see the article about her here). Here they are. 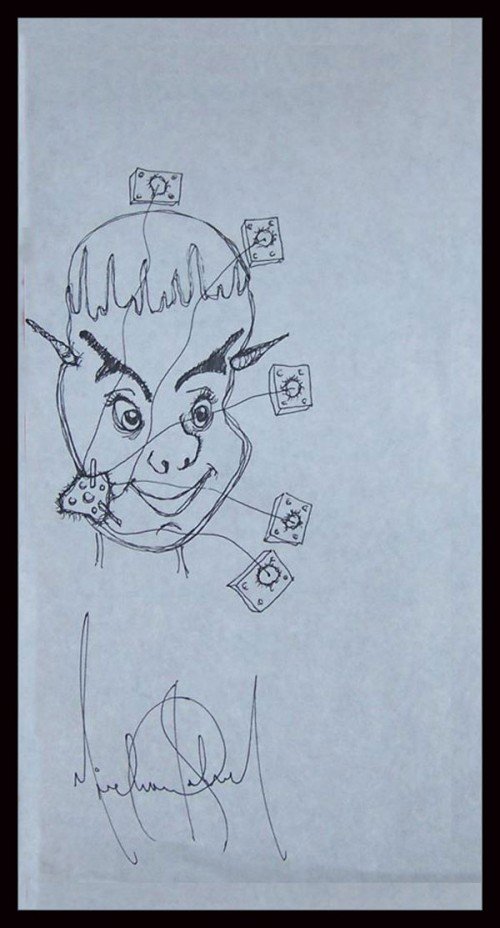 This drawing depicts a smiling face that is attached to several wires. The wires are   connected to what appear to be switch boxes. Is this a reference to electroshock torture? Also, there appears to be small horns growing from his head. 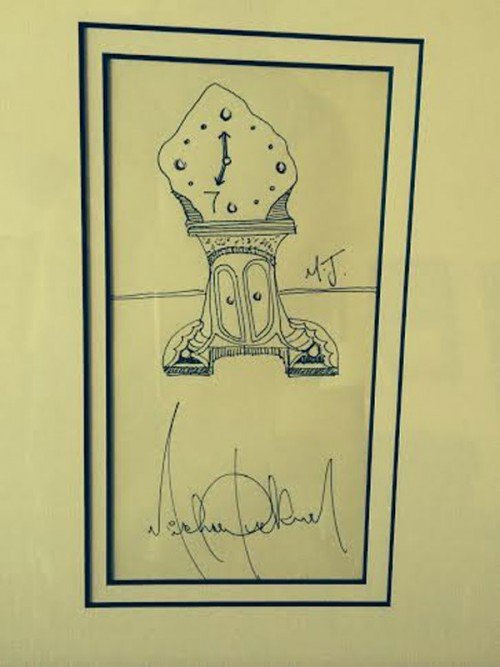 A strange clock on which only the number 7 is visible. MJ appeared to be obsessed with that particular number – which is not an uncommon obsession of  MK slaves. 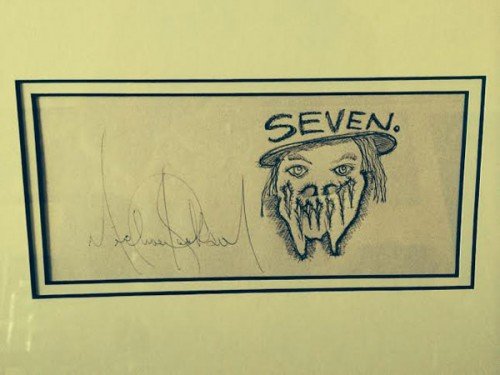 This illustration depicts MJ’s face and the number seven above it. The bottom half of his face is deformed and crosshatched as if it was being shocked with electric current. Is this another reference to electroshock torture? 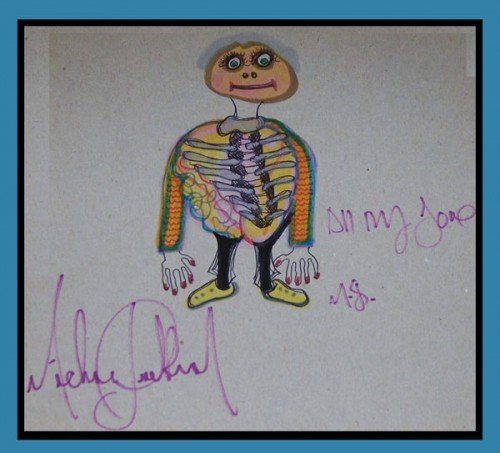 This image depicts an x-ray view of the body. According to the original source “in the field of art therapy this may indicate a possible disconnect between the mind, body and reality”. In other words, this image might represent MJ being dissociated from his body and reality – the goal of Monarch programming. 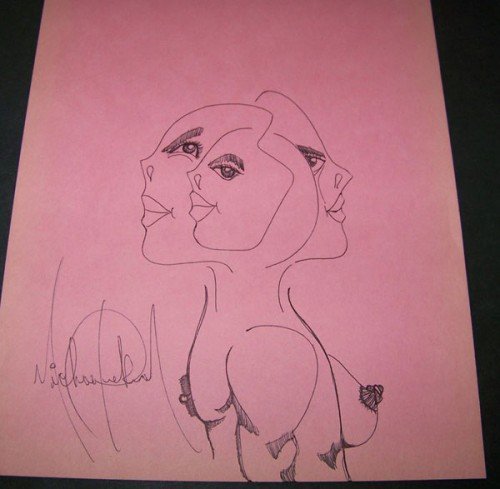 This image depicts three persons – one male, one female and one child. The three persons however have the same face (and same facial expression) which might hint to the split of the core personality into dualistic opposites (male and female) and the emergence of a new persona (the child). 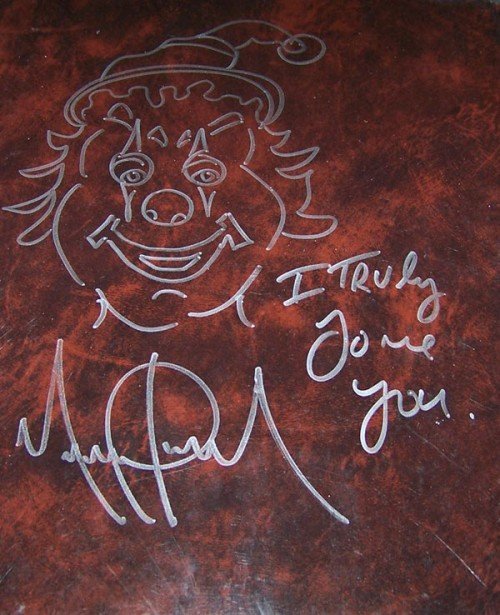 A creepy clown face drawn on a red (reminiscent of blood, anger and violence) background. Combined with that upsetting face, the words “I truly love you” appear to be insincere, as if coming from a trickster (the MK handler?). 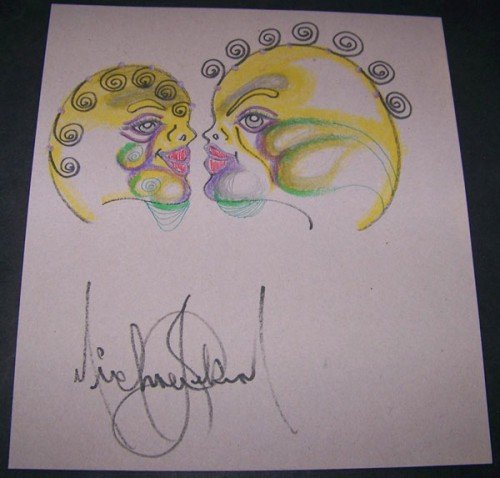 The concept of mirroring, duality and a child persona appear again. 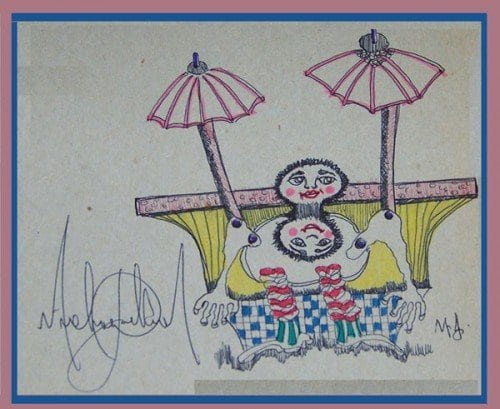 This image is MKULTRA 101. It is all about the concept of duality and the split of personality. From the umbrellas facing in opposite ways, to the mirroring faces displaying opposite emotions and the checkerboard pattern at the bottom, it is one of the clearest clues hinting to MJ being subjected to mind control. Also, parts of his body appear “tacked on”, which is how MK slaves are programmed to feel. 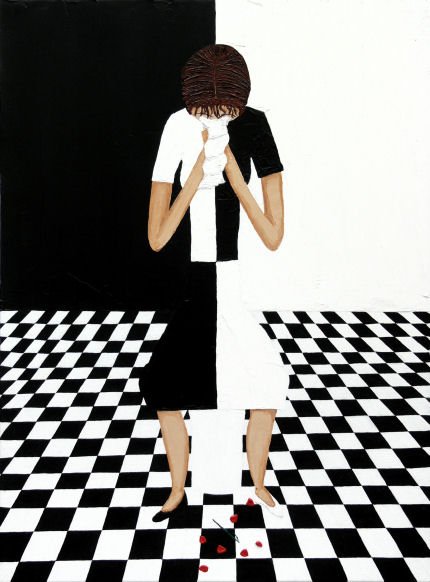 The paintings of Kim Noble – a MK survivor –  often feature the themes of duality, the splitting of the core persona and trauma. 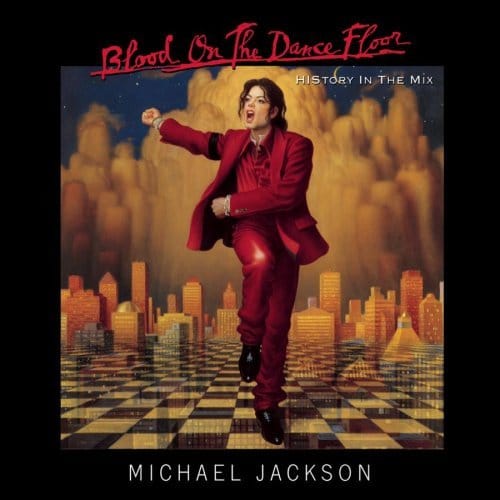 The cover of MJ’s “Blood on the Dance Floor” is extremely symbolic. Standing on a Masonic checkerboard pattern floor, MJ is wearing red – the color of sacrifice. The name “Blood on the Dancefloor” is a reference to blood sacrifice on the ritualistic Masonic floor.

Although much of Michael Jackson’s life is still a mystery, these incredibly significant drawings might add a piece to the puzzle. They contain many of the core themes of Monarch mind control and are permeated with concepts that MK slaves appear to be obsessed with.

Related Topics:michael jackson
Up Next