The Jacksons’ 1984 video “Torture” is a nightmarish ordeal laced with a whole lot of Illuminati mind-control symbolism. Does the video symbolically reveal the secret life of the Jacksons, particularly the family’s most famous member, Michael?

The story of the Jacksons reflects everything that is wrong with the music industry: Young talents being groomed in cruel conditions by handlers, then pushed into the spotlight in order to ultimately break down in a spectacular fashion. When Michael Jackson became the biggest star in the world, things got extremely weird, extremely fast. First, Michael’s appearance and skin color changed drastically due to massive bone-chiseling reconstructive surgery and experimental, chemically induced skin bleaching.  Then all kinds of reports of strange behavior- culminating in accusations of child molestation – surfaced in the media, defining the rest of Michael’s career. After spending the last few years of his life speaking out against the evils of the industry, the “King of Pop” died in a what is now ruled as a homicide.

I am convinced that Jackson was subjected to strange experiments throughout his life, the maij one being: Trauma-based mind control. The process most likely began at a very young age, as Jackson was reportedly severely traumatized by the physical and psychological abuse suffered at the hands of his father.

When Jackson moved from the custody of his father to the custody of the music industry, things got worse. And if there’s anything one can learn from the articles on Vigilant Citizen it is that the occult elite enjoys disclosing–in a twisted, symbolic and deceptive matter–their control on artists, the industry … and the world. Hence, Torture.

The Jackson’s Torture was released two years after Michael Jackson’s monumental album Thriller made him an international superstar. While the rest of the Jacksons looked to cling to Michael’s talent and get some of his fame and fortune, Torture describes the disgusting Illuminati mind-control system that lurks behind the glamour and glitz of the industry.

Watching Torture is torture in itself. Combining crappy visual effects with a bunch of annoying and disturbing images, the video is tedious and difficult to watch. It is as if one can feel the fact that the filming of the video was torture to everyone involved – including director Jeff Stein:

Stein recalls the shoot as “an experience that lived up to the song title”, and that sentiment is shared by others involved in the production. It finished over schedule and over budget. By the end the Jacksons themselves had stopped showing up. Stein says it was so stressful that one of his crew members lost control of her bodily functions. “The crew motto used to be ‘Death or victory’,” he says. “I think that was the only time we ever prayed for death.”
– Craig Marks “I Want My MTV: The Uncensored Story of the Music Video Revolution”

Furthermore, as if they felt that there was something intrinsically wrong with this project, Jermaine Jackson flat out refused to appear in the video and Michael bowed out, citing other engagements. The net result of all of this: A wax dummy of Michael Jackson was used for the video. 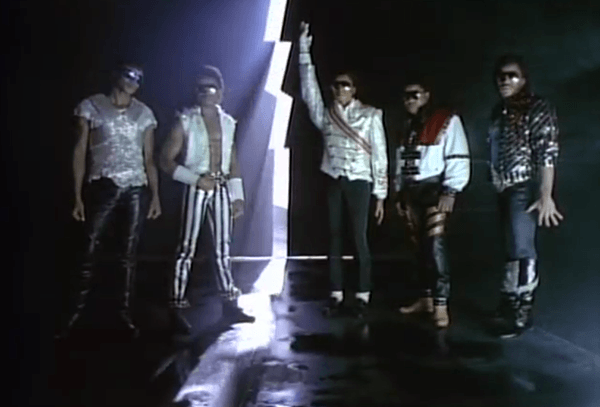 They used a dummy to replace Michael Jackson in this shot. YUP. They even put one of its arms up and everything. This has to be in the Top 5 saddest moments in music history.

While the song is said to be about how the feelings of love become “torture” when a break-up is nearing, the video goes in a decidedly MKULTRA direction. The video is all about literal torture and the symbolism associated with those scenes point directly to Monarch mind control (if you don’t know what that is, read this article first). 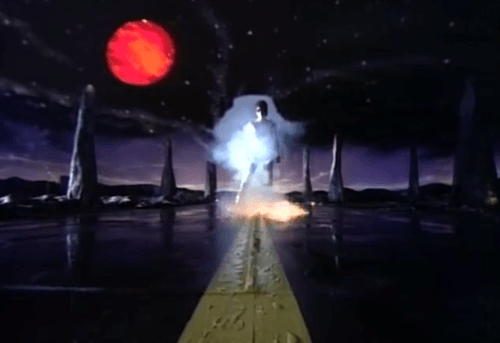 The video begins with a Jackson standing in front of a line that leads him to a weird place. This is not unlike the Yellow Brick Road in The Wizard of Oz which is said to be the “path to programming” by Monarch handlers. 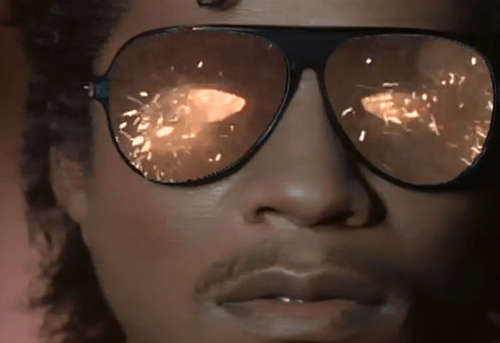 Behind the shades, his eyes explode, implying the impending blowing of his mind.

The lyrics of the first verse describe the plight of an MK slave.

Trapped inside a weird, claustrophobic world–representing the mind of a dissociated MK slave–the brothers are subjected to all kinds of trauma. 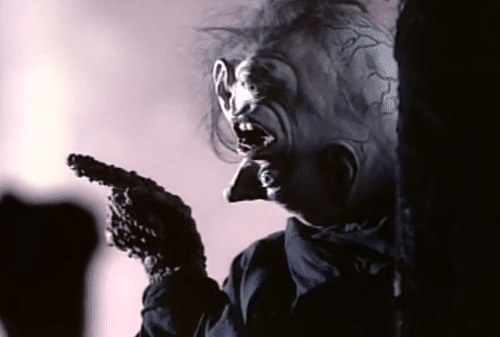 What the hell is this thing? This messed-up face is the kind of imagery used to traumatize and confuse MK slaves about their own body.

Much like other MK-inspired movies from the 80s, such as Return to Oz and Labyrinth, the video depicts how a dissociated slave perceives reality while being subjected to trauma.

The beginning of programming is represented by the slave entering into an occult temple. 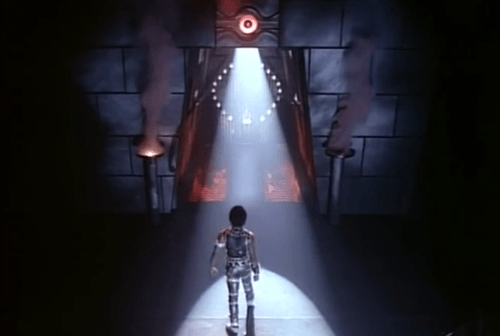 The slave stands before the entrance of an occult temple, complete with two pillars and an all-seeing eye above. 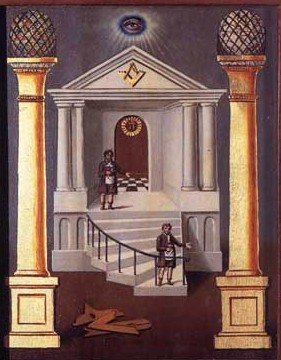 Initiation into Freemasonry is represented by passing through twin pillars standing under the All-Seeing Eye.

However, the Jacksons are not initiated into a brotherhood. Instead, they are rather forcibly introduced into a world of hurt under the all-seeing eye of a sadistic handler.

Inside the temple, they are lured deeper by a creepy “magician”, representing the handler. 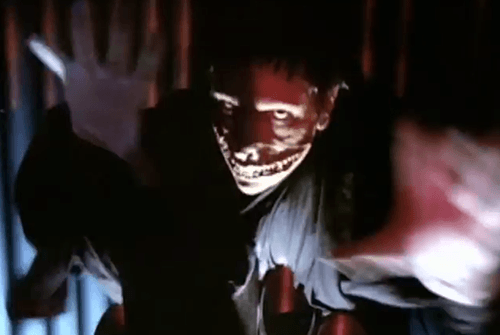 The handler’s face is creepily disfigured, possibly implying that handlers are traumatized slaves themselves.

The slave then falls into a pit and discovers who really rules his world. 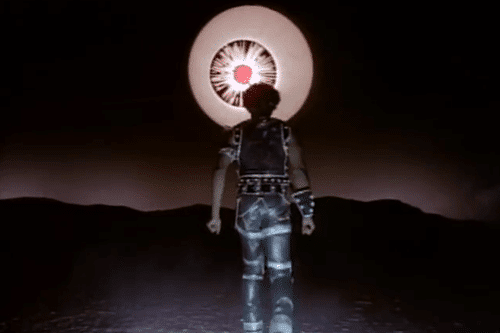 Observed by a literal “eye in the sky”, the MK slave is constantly monitored by his handler. 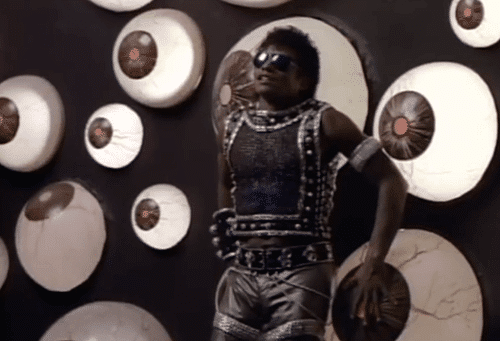 Nothing says Illuminati MK slave like a helpless celebrity stuck on a wall of eyeballs. 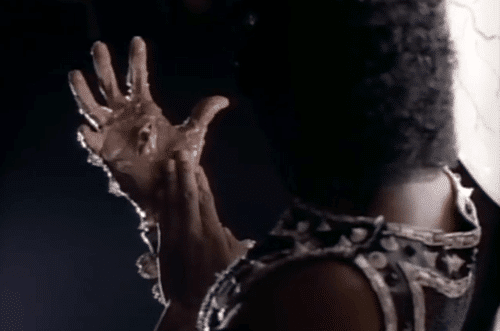 Touching an eyeball is apparently contagious as an eye grows right on his hand. Trauma. 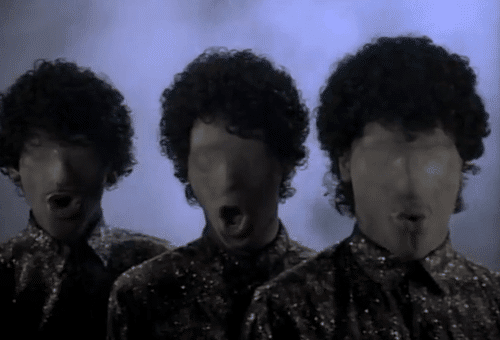 Although there are eyes everywhere, the brothers themselves are blind to what is truly happening to them. In this quick, yet highly disturbing scene, the brothers remove their shades to reveal that they literally have no eyes.

Inside this world of all-seeing eyes, the brothers find themselves in all kinds of trauma-inducing situations. 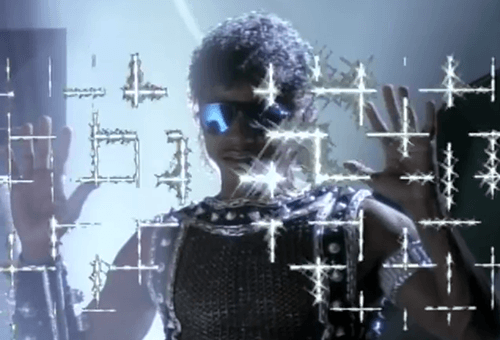 Later, a beautiful woman lures him deeper into the “temple” (programming). 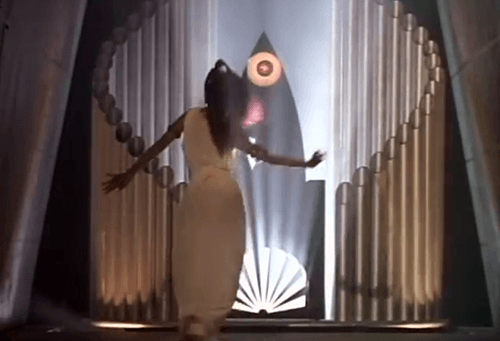 At the top of a curved obelisk is, once again, a big, all-seeing eyeball. 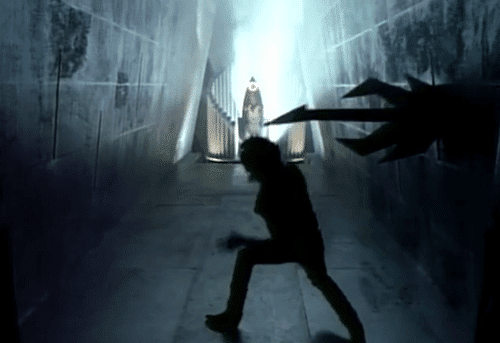 As he attempts to reach the woman, pointy things attempt to stab him. The path to programming is laden with pain and torture. 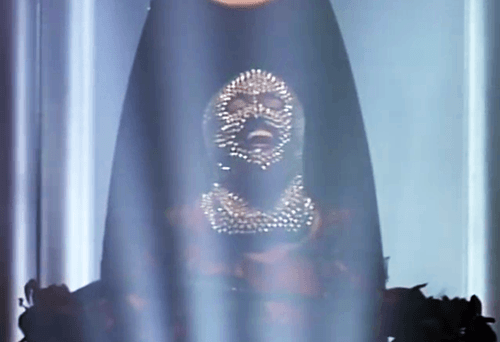 Right before he reaches the woman, she turns into a masked crazy person laughing evilly.

Michael Jackson’s verse explains how a slave gets lured into a world of hurt.

“I am here to serve all masters” is the kind of thing an MK slave is programmed to think.

The slave ends up on an even deeper level of programming. 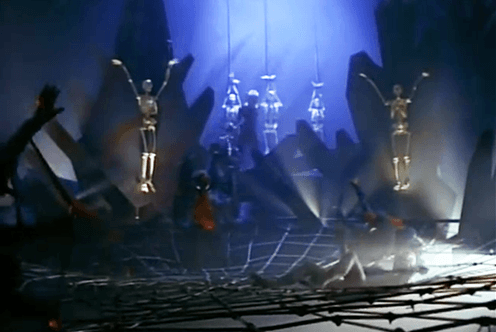 He finds himself in a setting that is custom-made to induce trauma, complete with giant spiderwebs and skeletons hanging by the arms. 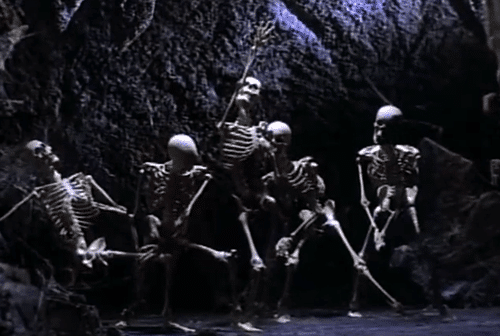 There, the Jacksons turn into skeletons performing their signature dance moves.

The programming turns the Jacksons into dancing skeletons, animated by the “magic” of the handlers. That’s showbiz for you.

We are then treated to a classic symbol of MK-related narratives: The MK Slaves breaking glass (or a mirror) to represent the fracturing of their personality. 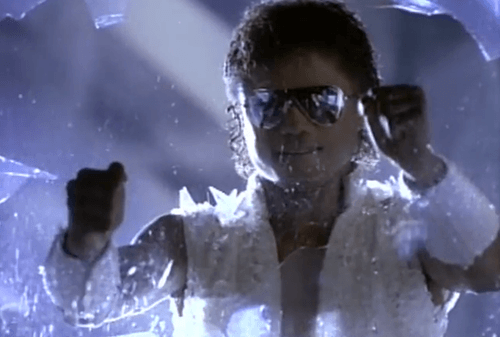 Each brother successively breaks glass – their personas are symbolically shattered after dissociation and intense trauma.

After the torture and programming, the brothers are ready to go back in the “real world” and be industry slaves. 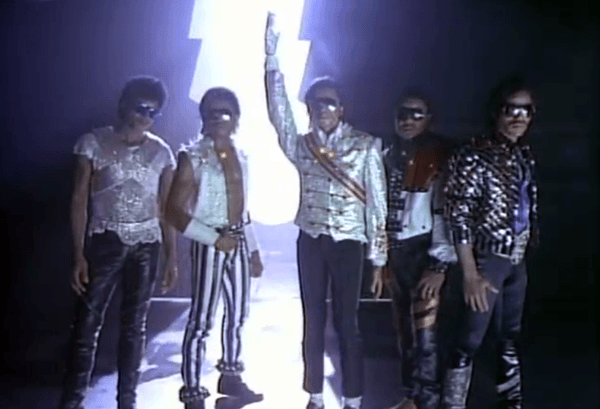 After the programming is complete, a lightning bolt crashes down and reopens the gate to the real world. Never forget that they replaced Michael Jackson with a wax dummy because he did not want to appear in the video. YUP.

Although I am sure the producers wanted the real MJ to appear in the video, him being replaced by a dummy is tragically appropriate as Michael is the one who ended up in the deepest levels of programming.

Torture was one of those productions that almost seemed to be cursed. The song was shunned by critics and the filming of the video was a difficult, painful ordeal that was boycotted by both Michael and Jermaine Jackson. The video even caused the production company to go bankrupt.

Torture was nevertheless a prototype of the “modern” music videos, laced with MK imagery. It featured artists portrayed as slaves who are lured into a scary world full of trauma and Illuminati symbolism, giving viewers that gut feeling that they are watching something wrong and evil. Torture was the occult elite symbolically “disclosing” what truly happened to the Jacksons behind closed doors … and it was literally torture.

Does Ladies’ Code “Galaxy” Celebrate the Death of Two of the Group’s Members?