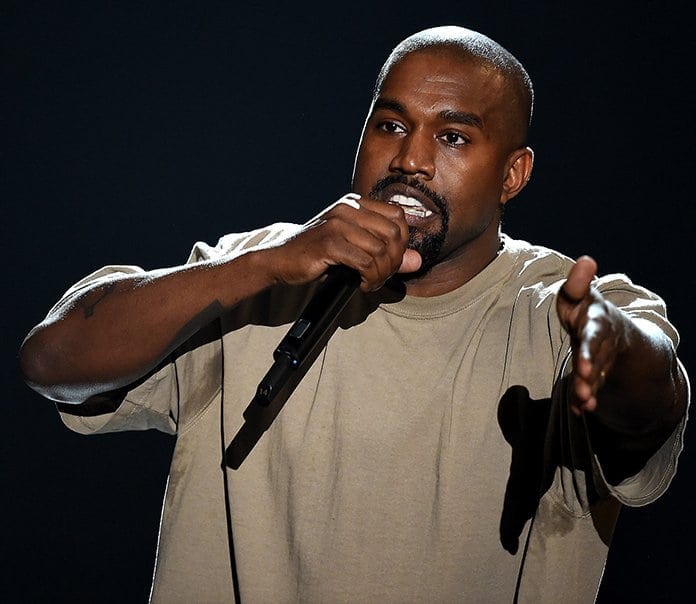 Kanye West has been hospitalized for ‘his own health and safety’ and his tour has been cancelled. According to a source, Kanye feels that he’s under ‘spiritual attack’.

Kanye West is under psychiatric observation at the Ronald Reagan UCLA Medical Center for “his own health and safety”. The rapper was “acting erratically” at his trainer’s house when the call was made. West reportedly did not want to go to the hospital and was handcuffed to a gurney while being transported.

A source familiar with the case said Los Angeles police responded to a medical welfare call about 1:20 p.m. No criminal activity was involved; the decision to hospitalize West at Ronald Reagan UCLA Medical Center was for his own health and safety, the sources said.

Neighbors described the scene on the 900 block of North Laurel Avenue to NBC4, saying there were “security guards, fire trucks and police.

The house that firefighters and police responded to is owned by Harley Pasternak, a celebrity trainer with clients that come to him.
– NBC LOs Angeles, “Rapper Kanye West Hospitalized in LA After Canceling Saint Pablo Tour“

Kanye’s hospitalization occurred only days after his infamous rant during a concert in Sacramento where he retroactively supported Trump and lashed out against Mark Zuckerberg, Beyoncé and Jay-Z (while pleading him to not send ‘killers at his head’).

A source told People.com that Kanye feels that he is under ‘spiritual attack’.

“He feels like he’s under spiritual attack, and has been for awhile. It’s not just the big things; it’s smaller, quieter things, internal things. You might think that it’s about Kim’s robbery, and while that didn’t help, that’s not what’s going on here. He’s dealing with a lot more subtle issues,” the source tells PEOPLE.

“He feels like it’s a trying time for his spirit, but that can be a good thing. He isn’t one to run away from these things. He leans in and listens, and comes away a stronger, better man. But it hurts him; his spirit is vexed. But that’s where growth comes from,” the source says.

“Sometimes, darkness creeps in, and Kanye wrestles against it. He talks about that a lot. It’s exhausting, and it takes everything he’s got. He’s just so tired now; he’s very low energy and feels like there’s a grieving in his spirit. It’s very hard to explain, but something has happened recently, where he’s not the ‘Ye that everyone knows.”

Many observers, including myself, saw this coming months ago. Kanye West is yet another man related to the Kardashians to have completely broken down. In the article I’ve written over a year ago entitled Lamar Odom Found Unconscious in Brothel, Now Fighting For His Life I concluded:

When you get involved with a family that is controlled by the occult elite, bad things often happen. Watch out Kanye.

While most media sources talk about ‘exhaustion’ and ‘sleep deprivation’ (which is quite possible), these symptoms might be the result of something deeper. Kanye is indeed another artist that has exposed, for way too long, to the toxic cesspool that is Hollywood. While it brought him success, it also disturbed his very core.

I will leave you with a short video of Dave Chappelle summing up the situation, a situation that was seen countless times before.

The Entire Internet History of UK Citizens Now Viewable by Government Organizations Such as Police, Military, Taxes, Jobs and Pensions