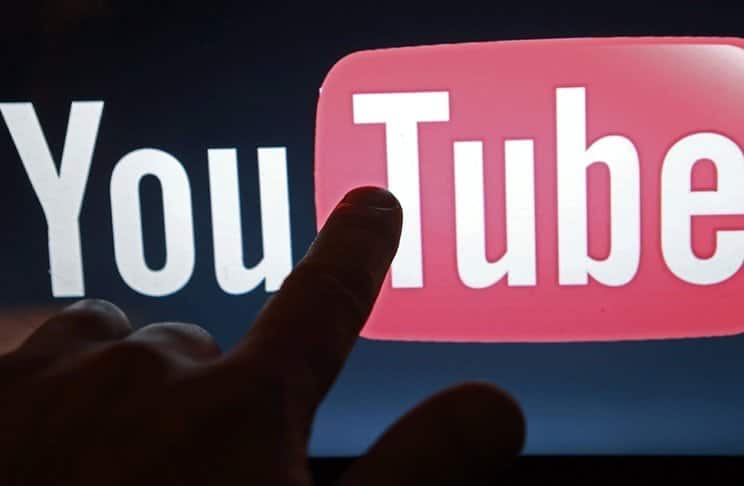 YouTube will display links to Wikipedia and other “fact-based” sites along videos about “conspiracy theories”.

After demonetizing thousands of channels (many of which were “truther” and “conspiracy”-related), YouTube is now taking further steps to fight undesirable videos. YouTube CEO Susan Wojcicki announced this week that the video platform will soon begin displaying links to “fact-based” sites alongside conspiracy videos. Called “information cues”, these snippets of information will link to “reputable” articles in order to combat “hoaxes” and “fake news” stories (gotta use lots of quotation marks to highlight mass media’s biased vocabulary).

Here’s how it will work: If you search and click on a conspiracy theory video about, say, chemtrails, YouTube will now link to a Wikipedia page that debunks the hoax alongside the video. A video calling into question whether humans have ever landed on the moon might be accompanied by the official Wikipedia page about the Apollo Moon landing in 1969. Wojcicki says the feature will only include conspiracy theories right now that have “significant debate” on the platform. “Our goal is to start with a list of internet conspiracies listed on the internet where there is a lot of active discussion on YouTube,” Wojcicki said at SXSW.
– Wired, YouTube Will Link Directly to Wikipedia to Fight Conspiracy Theories 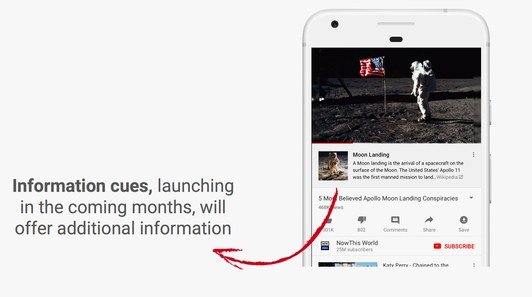 The announcement comes shortly after YouTube was blamed for the distribution of “conspiracy theory” videos concerning the Florida shooting. In the wake of the event, the top trending video on YouTube was about crisis actors (notably David Hogg) appearing on camera. The video was quickly removed from the platform.

Using Wikipedia, a text-based, volunteer encyclopedia site, that can be edited by anyone, is a rather perplexing choice. While college and university students are prohibited from using the site as an information source due to reliability issues, Wikipedia will be used as a “fact-checking” site by YouTube. Maybe that’s because most Wikipedia articles completely deny most conspiracies. Although not officially announced, expect to see Snopes as another “fact-checking” site … Despite the fact that the site has a clear pro-elite agenda.

While YouTube’s new measure still allows the viewing of conspiracy videos, elite-owned sites such as Wired are already pushing for the outright banning of conspiracy theories on the platform.

YouTube has also still yet to decide and implement clear rules for when uploading conspiracy theory content violates its Community Guidelines. Nothing in the rules explicitly prevents creators from publishing videos featuring conspiracy theories or misleading information, but lately YouTube has been cracking down on accounts that spread hoaxes anyway.
– Ibid.

Needless to say, media giants have been engaging in the past months on a slippery slope that is extremely dangerous, where the line between “truth” and “conspiracy”, “facts” and “fake news” can be arbitrarily determined by outside agents. While journalists used to be champions of free speech and information, they are now spineless hacks cheering for the coming of an Orwellian thought police.

Related Topics:Latest news
Up Next

Samsung Launches a Site That Can “Erase Your Memory” With Hypnosis