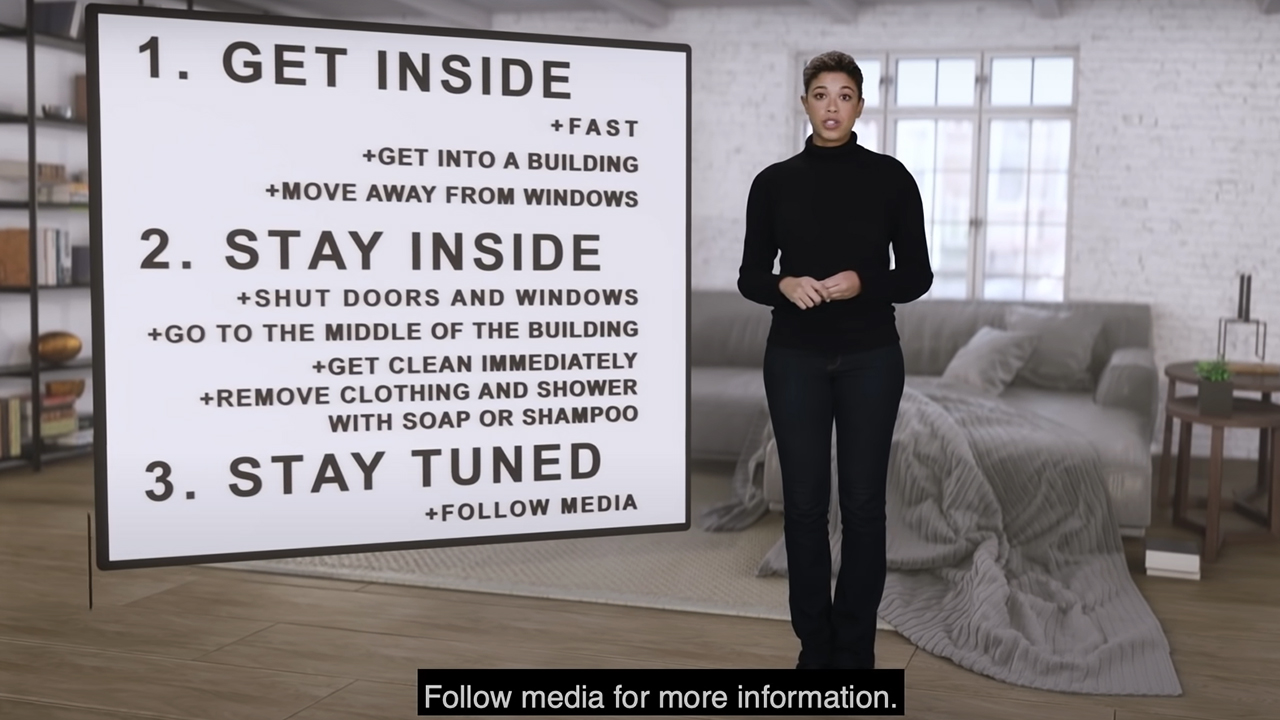 Public service announcements instructing people what to do in case of a nuclear attack are nothing new in the United States. The 1951 Civil Defense film Duck and Cover (featuring Bert the Turtle) is an iconic piece of media history that will forever define the Cold War era. 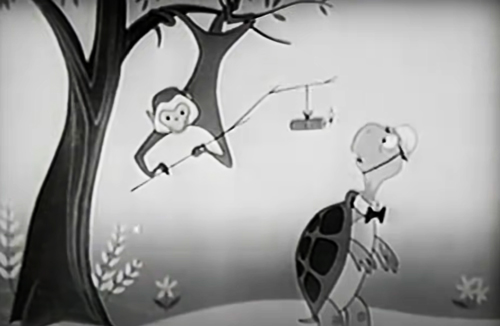 Bert the Turtle is about to “duck and cover” after spotting an immediate threat.

Although the subject matter of Duck and Cover was mind-bogglingly bleak (the total destruction of society following a nuclear blast), the video manages to be somewhat cheerful, optimistic, and entertaining. Through the use of catchy jingles and cute cartoon characters, Duck and Cover does a good job of informing the young and old without filling them with utter dread.

Fast forward to 2022: UTTER DREAD. Indeed, NYC Emergency Management released a Nuclear Preparedness PSA that’s the exact opposite of Duck and Cover. It is creepy, off-putting, and needlessly Orwellian. Here’s the video.

Everything about this video disturbs me to my core.

First and foremost: Why now? The last atomic bomb was dropped over 75 years ago. Why are they putting these thoughts in people’s heads now? Are they trying to tell us that they’ve received credible nuclear threats targetting NYC specifically? If not, then why would they even spend time and resources creating this?

Duck and Cover was released during the Cold War, a few years after the United States dropped two atomic bombs on Japan. In other words, the video’s existence was justified.

We’re in 2022 and this video literally popped out of nowhere. And its message is perfectly in-line with the ultimate goal of the global elite:

As stated above, everything about this video is unsettling. It basically goes out of its way to creep out its viewers, through all kinds of bizarre methods.

The video takes place in a fake, 3D modeled (or something) NYC street. 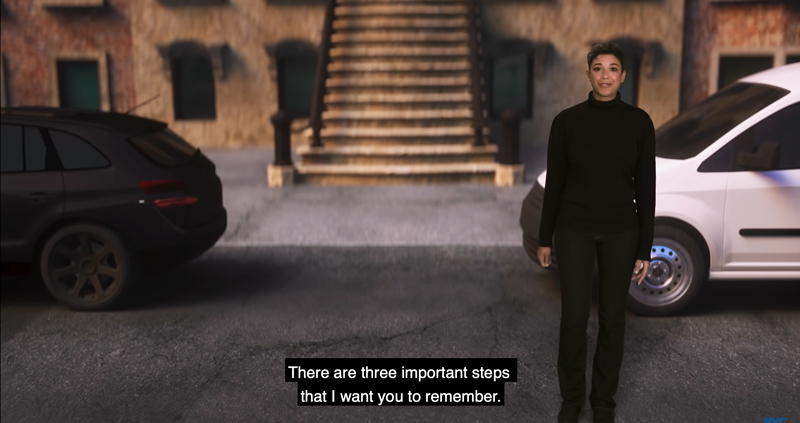 Using a bad green screen effect, the narrator is placed on top of that background in the most unnatural way possible.

The end result of this visual setup is just unsettling. One can already feel the fakeness of it all. Then the lady starts talking and things get worse. She says:

“So there’s been a nuclear attack. Don’t ask me how or why, just know that the big one has hit”.

These first two sentences set the bizarre “don’t question anything” tone of the video.

Indeed, after saying “So there’s been a nuclear attack” (as if she was casually telling a story about that time she returned a vest at TJ Maxx), she tells us to not ask “how” or “why”. That’s a weird way of beginning a video. Right from the start, the viewers are reduced to the state of cattle that needs to do as directed without asking questions.

Then she adds “Just know that the big one has hit”. Why does she say THE big one as if it was an inevitable fact of life?

In short, this lady only said about 9 words, and I’m already deeply irritated. And that might be the intended goal.

Then, with a creepy smile, the lady tells us to get inside and fast.

Seriously, why is she smiling? It’s not making me feel better, it’s creeping me out. It’s like they know that they’re messing with people’s heads and they’re thoroughly enjoying it.

Then, the lady moves inside. And, by inside, I mean she appears in front of another fake green screen background. I’m starting to feel as if I’m watching Sesame Street or something.

Why isn’t she casting a shadow? My brain is not computing what it is seeing.

Once you’re inside, what do you do? Well, you do what the elite always wants you to do: Follow media. Yes, step #3 is literally “FOLLOW MEDIA”. It’s not “stay informed”. Or any phrasing that vaguely respects people’s intelligence. It’s “follow media”. Words matter.

“And don’t go outside until officials say it’s safe”.

Since COVID, media and authorities have gotten disturbingly comfortable at issuing blanket, orwellian orders that apply to entire populations. Indeed, 2020 was all about “sheltering at home”, “following media” and “waiting until it was safe to go outside”. Apparently, they really miss those days and they’re fantasizing about going back to them using scary nuclear scenarios.

I understand that nobody should be wandering outside after a nuclear blast, but this video’s insistence on hiding and following media is rather offputting. Why is this kind of extreme messaging being promoted now?

Finally, the lady ends this fabulous piece of WTF with a brilliant conclusion:

I feel so much better. After being told that I need to hide until elite-owned media tells me what to do, the lady uses a cool, urban expression to relate to me on a street slang level. Such a relief.

Some might say: “This video you’re mocking could one day save your life, jerk!”. I honestly think there’s more to this video than simply communicating information. Everything about it reeks of Orwellian propaganda, unquestioned compliance, and all-out fear-mongering. All this video truly accomplished is planting crazy thoughts in my head such as: What if a fake nuclear attack was used to reduce an entire population into complete submission?

And this video is not a random internet oddity, it is part of a widespread campaign in New York. 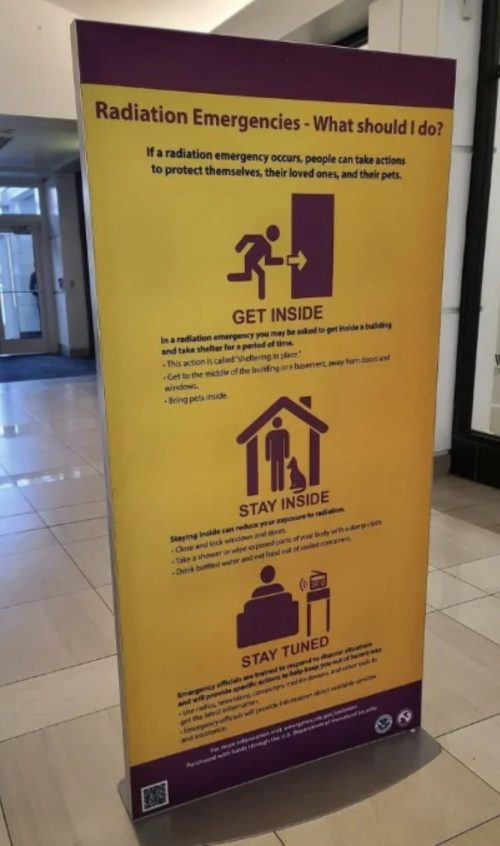 This ominous sign in Menlo Park Mall, New Jersey had been up since April.

In short, this video might just be an excuse to blatantly tell people to shut up, “follow media” and, more importantly, stay scared.