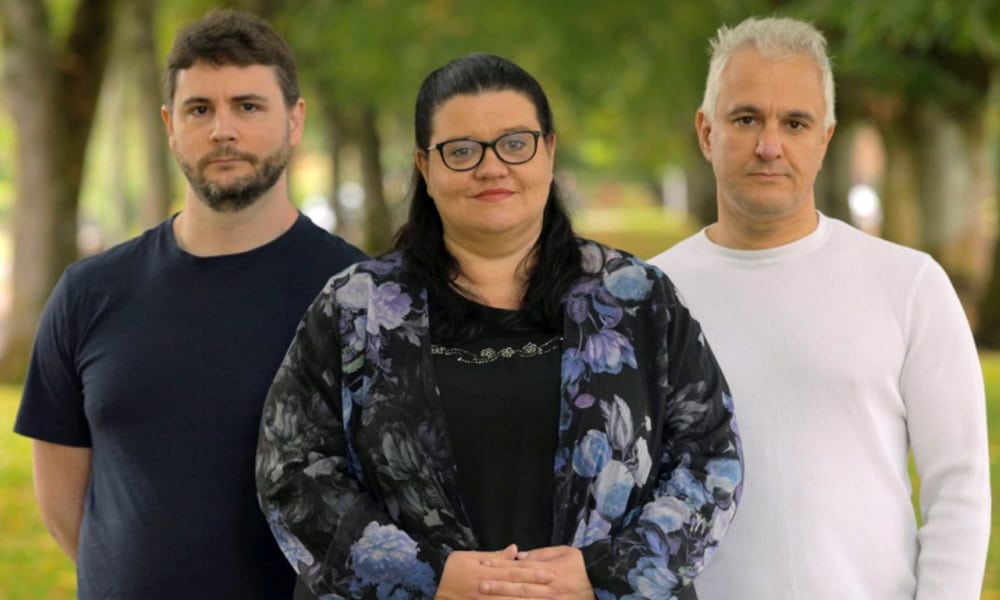 A team of three self-declared “left-wing academics” sent 20 bogus articles peppered with agenda-friendly buzzwords to peer-reviewed publications. The result: Seven papers were accepted, four were published online and three were in process.

Led by Peter Boghossian, an assistant professor of philosophy at Portland State University, the team submitted “intentionally broken” papers to leading publications on race, gender, and sexuality. The goal was to prove that, if one used the correct language, pandered to the correct agenda and emphasized the correct buzzwords, one could get published in “serious” peer-reviewed journals. And it worked. A little too well.

For instance, one paper claimed to analyze rape culture in dog parks. Ridiculously entitled Human Reactions to Rape Culture and Queer Performativity in Urban Dog Parks in Portland, Oregon the study was published in Gender, Place & Culture: A Journal of Feminist Geography, a highly ranked journal that leads the field of feminist geography. Not only that, the piece “gained special recognition for excellence”.

Thesis: That dog parks are rape-condoning spaces and a place of rampant canine rape culture and systemic oppression against “the oppressed dog” through which human attitudes to both problems can be measured. This provides insight into training men out of the sexual violence and bigotry to which they are prone.

The study claimed to have “tactfully inspected the genitals of slightly fewer than 10,000 dogs whilst interrogating owners as to their sexuality, becoming seemingly mystified about why heterosexual men are attracted to women”. The study concluded that men should be trained like dogs to prevent “rape culture”.

Here’s one of the reviews:

“This is a wonderful paper – incredibly innovative, rich in analysis, and extremely well-written and organized given the incredibly diverse literature sets and theoretical questions brought into conversation. The author’s development of the focus and contributions of the paper is particularly impressive. The fieldwork executed contributes immensely to the paper’s contribution as an innovative and valuable piece of scholarship that will engage readers from a broad cross-section of disciplines and theoretical formations. I believe this intellectually and empirically exciting paper must be published and congratulate the author on the research done and the writing.”
-Reviewer 1, Gender, Place, and Culture

Another study recommended that men anally self-penetrate with sex toys “to become less transphobic, more feminist, and more concerned about the horrors of rape culture.” The name of the study? Going In Through the Back Door: Challenging Straight Male Homohysteria, Transhysteria, and Transphobia Through Receptive Penetrative Sex Toy Use. Despite the obvious trolling, the paper was published in the “serious” journal Sexuality and Culture.

Pushing ridiculousness to another level, the trio of researchers attempted to get published a “feminist rewrite of a chapter from Adolf Hitler’s Mein Kampf.” And they succeeded. The paper ironically entitled Our Struggle Is My Struggle: Solidarity Feminism as an Intersectional Reply to Neoliberal and Choice Feminism was accepted by the feminist social-work journal Affilia.

Assisting Peter Boghossian in writing these papers were James Lindsay, a mathematics doctorate and Helen Pluckrose, an English literature professor who reported the full details of their experiment in Aero Magazine. Its introduction states:

Something has gone wrong in the university—especially in certain fields within the humanities. Scholarship based less upon finding truth and more upon attending to social grievances has become firmly established, if not fully dominant, within these fields, and their scholars increasingly bully students, administrators, and other departments into adhering to their worldview. This worldview is not scientific, and it is not rigorous. For many, this problem has been growing increasingly obvious, but strong evidence has been lacking. For this reason, the three of us just spent a year working inside the scholarship we see as an intrinsic part of this problem.

The trio is particularly concerned with fields of scholarship loosely known as “cultural studies”, “identity studies” or “gender studies” which they rebranded as “grievance studies” because “of their common goal of problematizing aspects of culture in minute detail in order to attempt diagnoses of power imbalances and oppression rooted in identity”.

In a video explaining the researcher’s goals, James Lindsay stated:

“We did this to expose the political corruption that’s taken hold of the university”.

“By taking intellectual pursuit hostage, much of the work produced by university academic departments such as queer theory and race studies has veered more toward propaganda than intellectual rigor, and in the process perverted the noble goals they purport to uphold.”

According to the trio, the field of “grievance studies”, where ideology and political propaganda replaced facts and science, is rapidly spreading throughout society.

Worse, the problem of corrupt scholarship has already leaked heavily into other fields like education, social work, media, psychology, and sociology, among others—and it openly aims to continue spreading. This makes the problem a grave concern that’s rapidly undermining the legitimacy and reputations of universities, skewing politics, drowning out needed conversations, and pushing the culture war to ever more toxic and existential polarization. Further, it is affecting activism on behalf of women and racial and sexual minorities in a way which is counterproductive to equality aims by feeding into right-wing reactionary opposition to those equality objectives.

The agenda exposed by this experience has been highlighted on The Vigilant Citizen for years because, of course, it is fully represented in mass media. There is a clear push to stray away from verifiable science to rather promote a vague, politically-motivated, hate-fueled and purposely confusing pseudo-science.

For instance, the truly terrible 2017 Netflix series Bill Nye Saves the World used “science” to push all kinds of unverified claims. One episode claimed that gender is a “complicated non-binary spectrum” and that “toddlers can determine their gender”. In the original Bill Nye the Science Guy series, which aired about twenty years prior, the exact opposite was stated: Chromosomes determined gender and that only two options were possible, male or female. What happened science?

What we are witnessing is Lysenkoism:

Science has been highjacked to serve a clear ideological agenda focused on hate, division, and confusion. This agenda currently has a stranglehold on colleges and universities which, as we know, create the leaders and thinkers of tomorrow.

None of this is an accident, it is the result of a carefully laid out plan. The origin of it all? Look towards the world elite. More specifically, look into the Open Society Foundation and its endowment of 19.50 billion dollars. That’s a good start.

Co-Founder of Tween YouTube Channel Arrested for Molesting a Minor