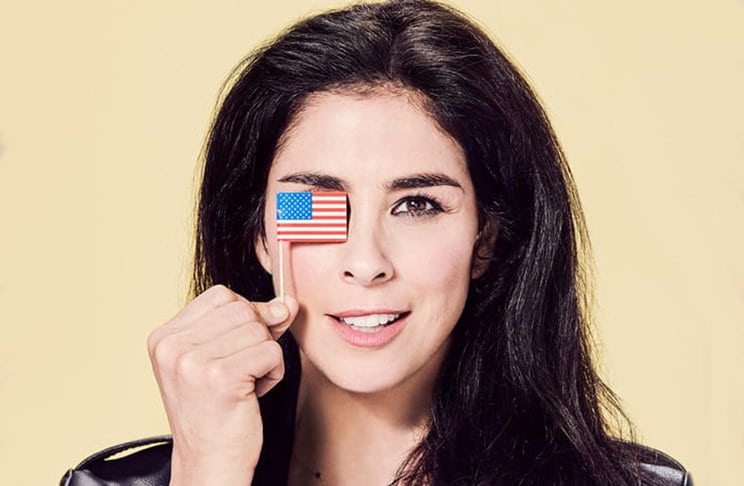 In this edition of SPOTM: Sarah Silverman, Sam Smith, Gigi Hadid, Cara Delevingne and a very occult Gucci catalog. And, of course, endless one-eye signs made by endless celebrities.

The luxury brand Gucci released a gift catalog named Hand of the Mysteries. It mixes ancient occult symbolism with a modern agenda which manages to convey the occult elite’s state of mind in a very effective way. 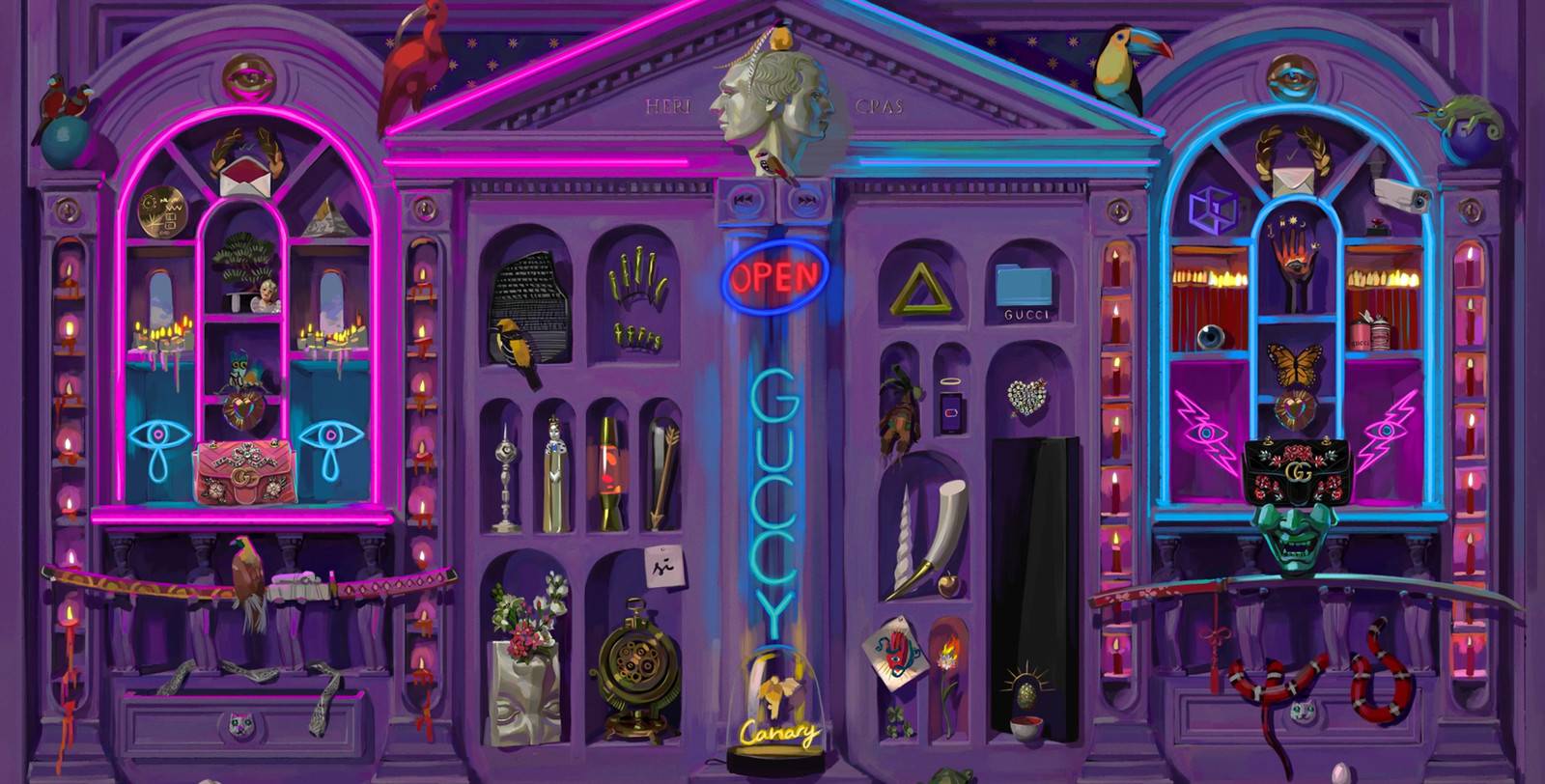 The main image of the catalog is an alchemy cabinet filled objects and symbols VC readers are sure to recognize. The entire thing plays on the concept of duality with hints of Monarch programming. Aside from the countless all-seeing eyes, there’s a Monarch butterfly, a video camera (MK slaves are always monitored) and a plethora of other items used in witchcraft and occult rituals.

The catalog states: “A man and woman, signifying the Great Hermaphrodite wears a sweatshirt with the vintage Gucci logo and a Double G necklace. Alchemists believed that when opposite forces (such as a man and woman) are harmonized, creation could be achieved.” This is exactly what I stated in my article about Bruce Jenner and the entire “gender blurring” thing happening now. 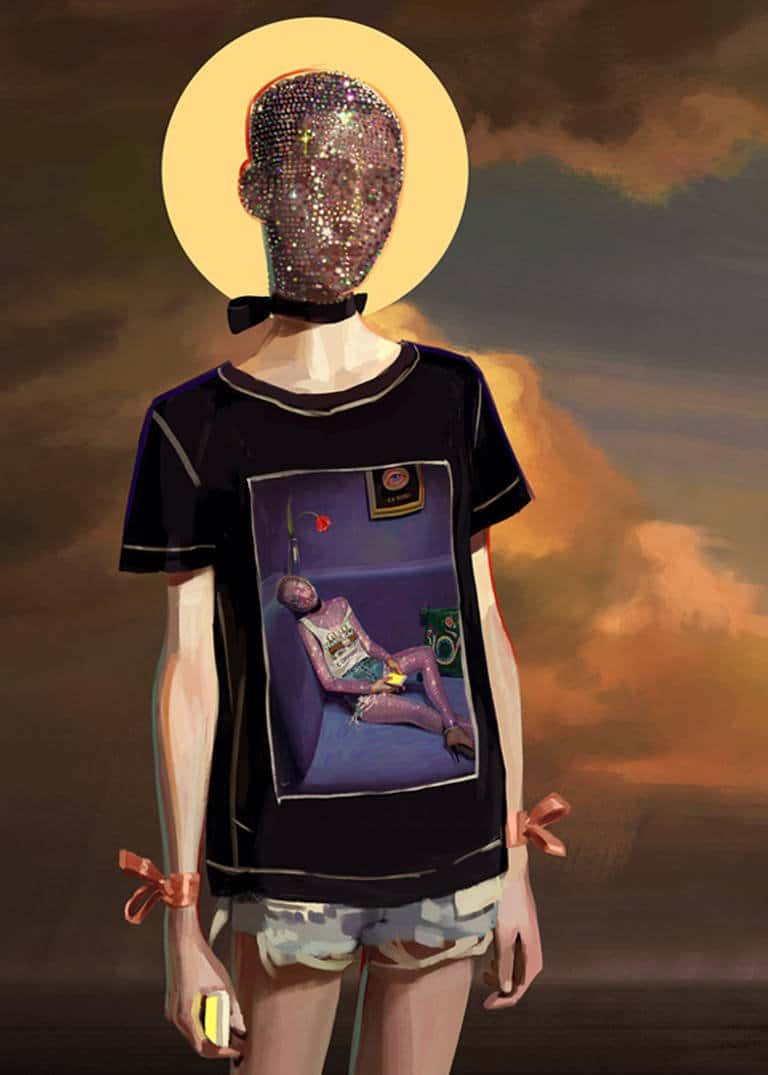 On this Gucci t-shirt, a girl is wearing a t-shirt on which the same girl is apparently dead from suffocation as an eye watches over her (while holding a smartphone). 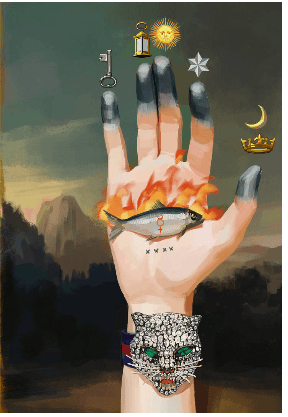 This image is a reproduction of the Hand of the Mysteries … with cat (Beta kitten) bracelet. 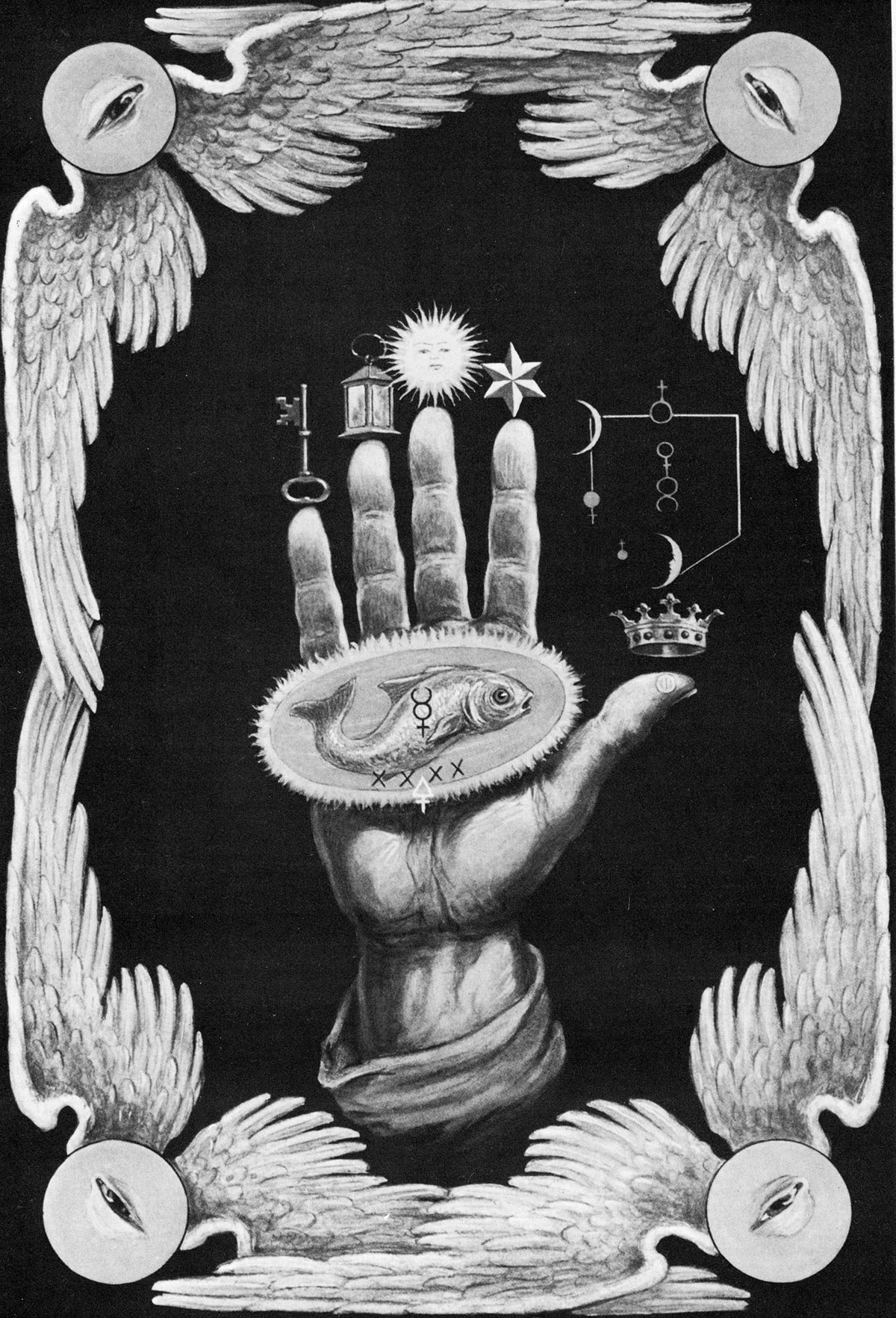 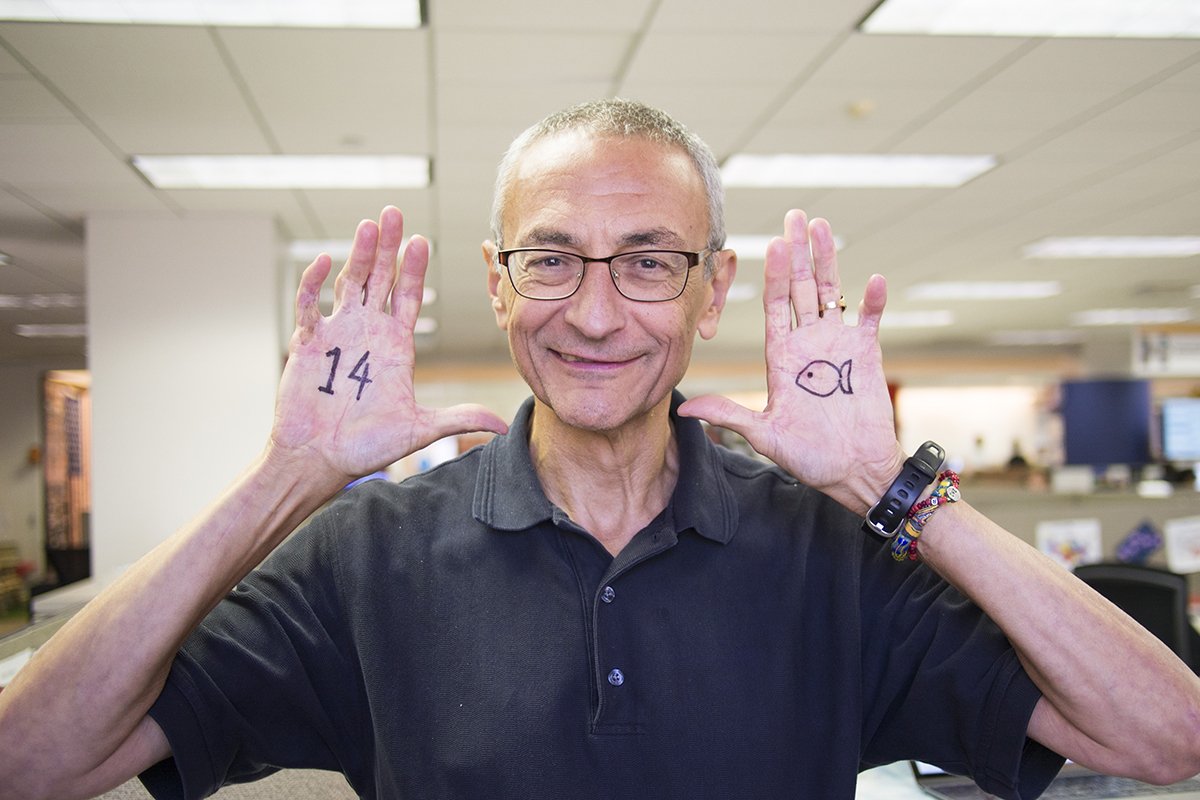 Gucci is not the only luxury brand putting eyes everywhere. Stuart Weitzman teamed up with industry pawn Gigi Hadid to bring some more eyes to the world. The loafers on the right are literally a wearable one-eye sign.

The promo video of this collection features Hadid going inside this one-eye door.

In the end, we see 3 Gigi Hadids sitting around 3 tarot-like cards on which are glowing eyes. Are those 3 alter personas?

Speaking of 3 personas, this is exactly what is happening in Cara Delevingne’s first music video. But wait, maybe this has nothing to do with Monarch programming, maybe she’s just wearing 3 wigs for the heck of it.

In the next scene, Cara is completely covered in butterflies, representing the “default”, blank state of MK slaves before putting on wigs (aka alter personas). 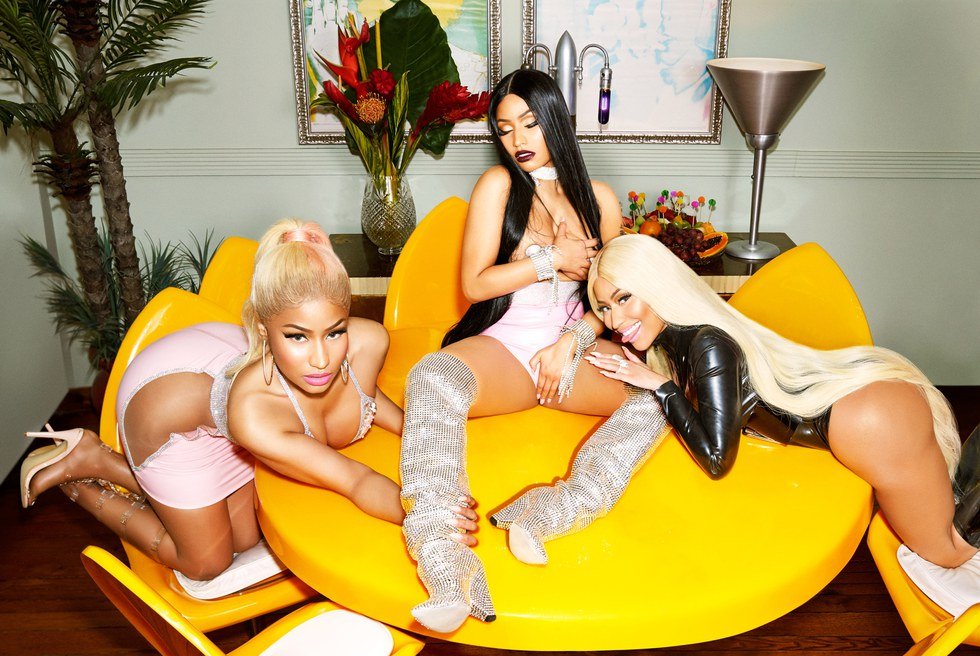 As usual, the one-eye sign appeared everywhere in mass media in the past month. Some might say that I’m being “repetitive” by displaying these images month after month. But that’s the whole point. These pics are proof that a small occult elite is controlling thousands of industry of slaves across the world while owning the media disseminating this symbolism. 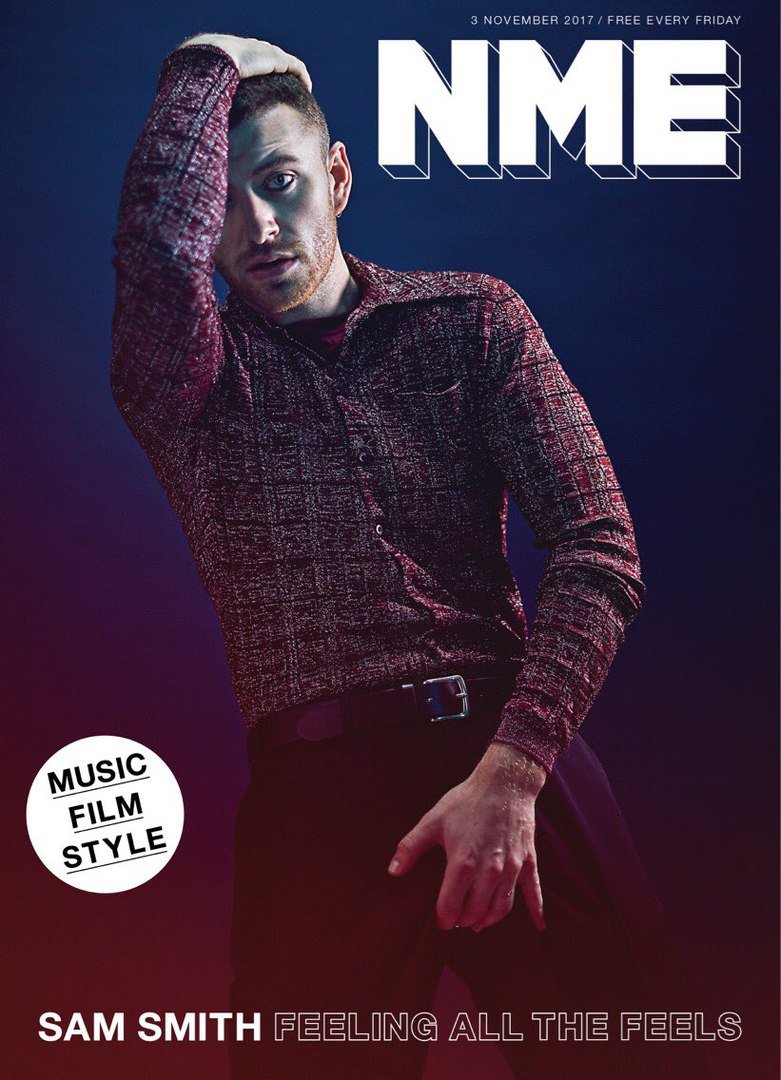 Sam Smith on the cover of NME hiding one eye while grabbing his crotch. That sums up the industry quite well. But wait, maybe he was just trying to look stylish. 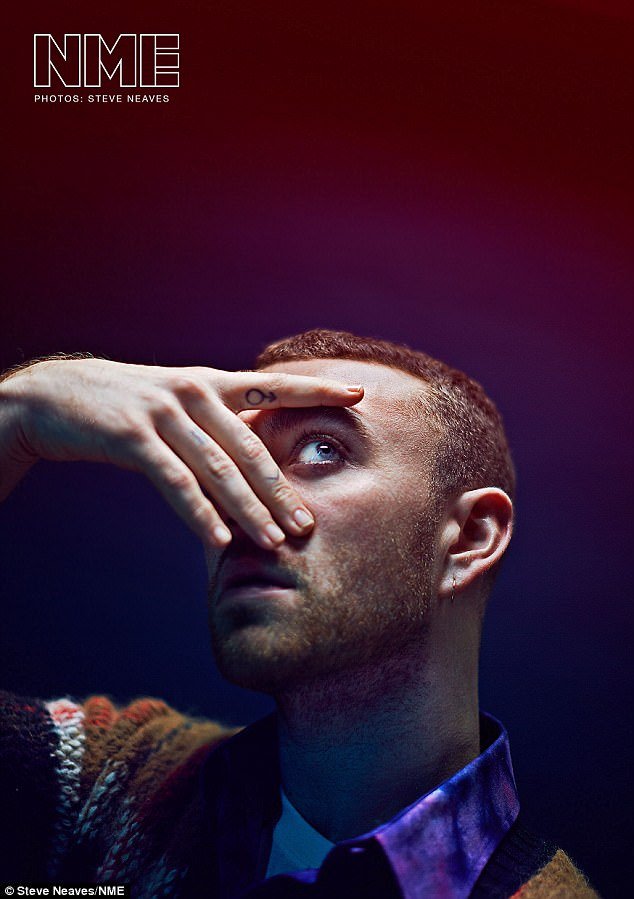 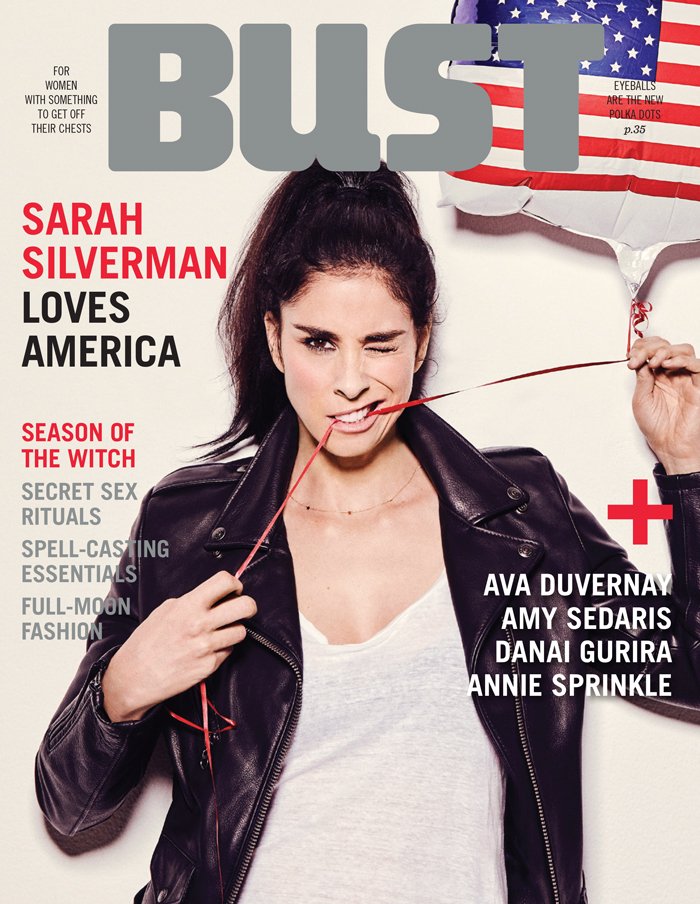 Sarah Silverman on the cover of the feminist magazine Bust. There’s also an article about being a witch and “secret sex rituals”. On the top right is written: “Eyeballs are the new polka dots”, effectively encouraging women in covering themselves in the the occult elite’s symbolism. But what about Sarah Silverman? Does this count as “one-eye” sign? She might just be winking… 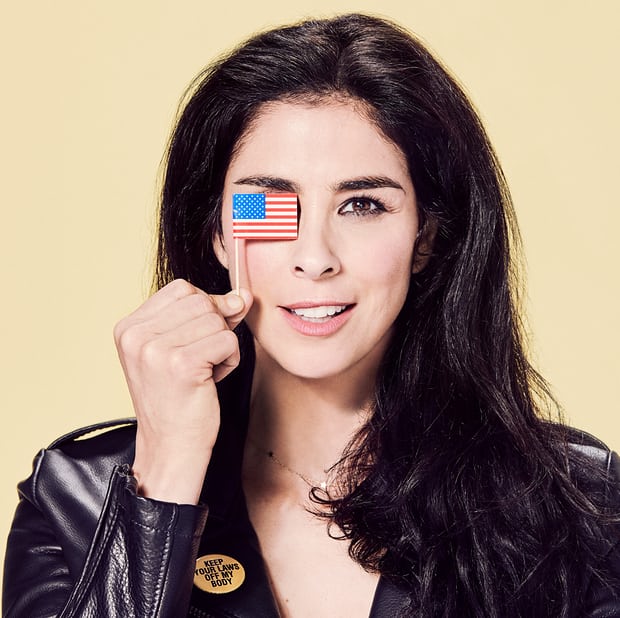 Nope, she’s hiding one eye with the American flag. Keep your agenda off my face. 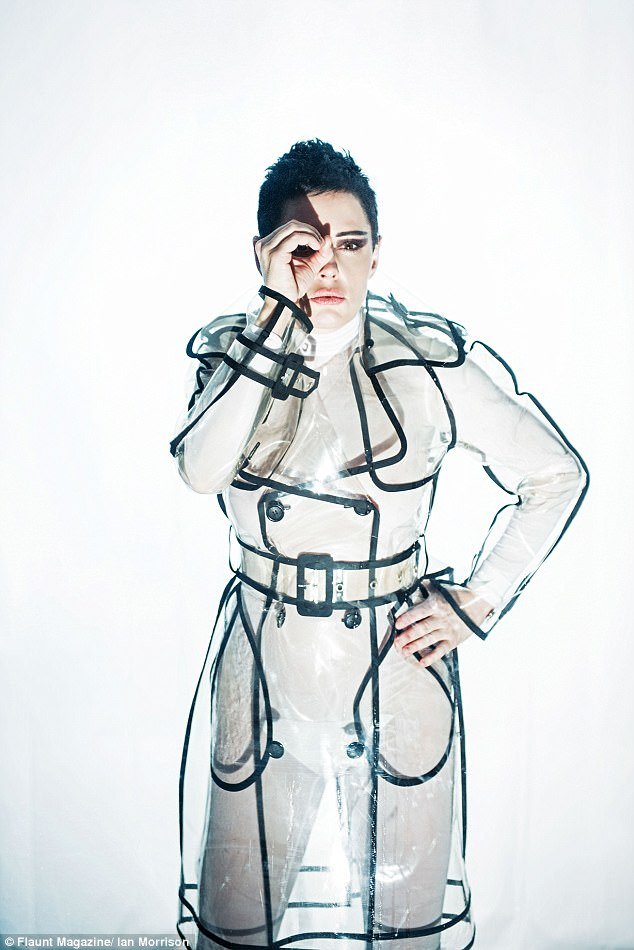 Rose McGowan was probably the most vocal celebrity going after Harvey Weinstein. She was recently featured in Flaunt magazine in an article entitled: “ROSE MCGOWAN IS FREE FROM THE MATRIX AND WANTS YOU TO BREAK OUT, TOO”. However, the article also features this picture proving that she’s still deep in the matrix. 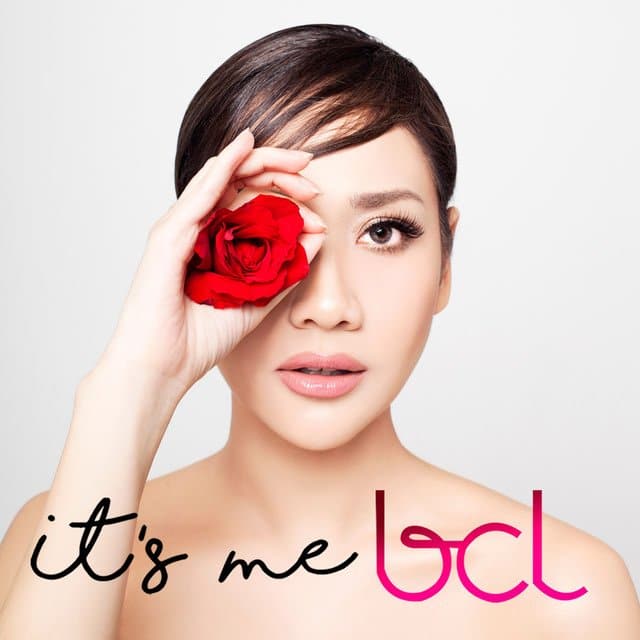 This is the album cover of Indonesian singer Bunga Citra Lestari. You thought that Indonesia was safe from this crap, didn’t you? 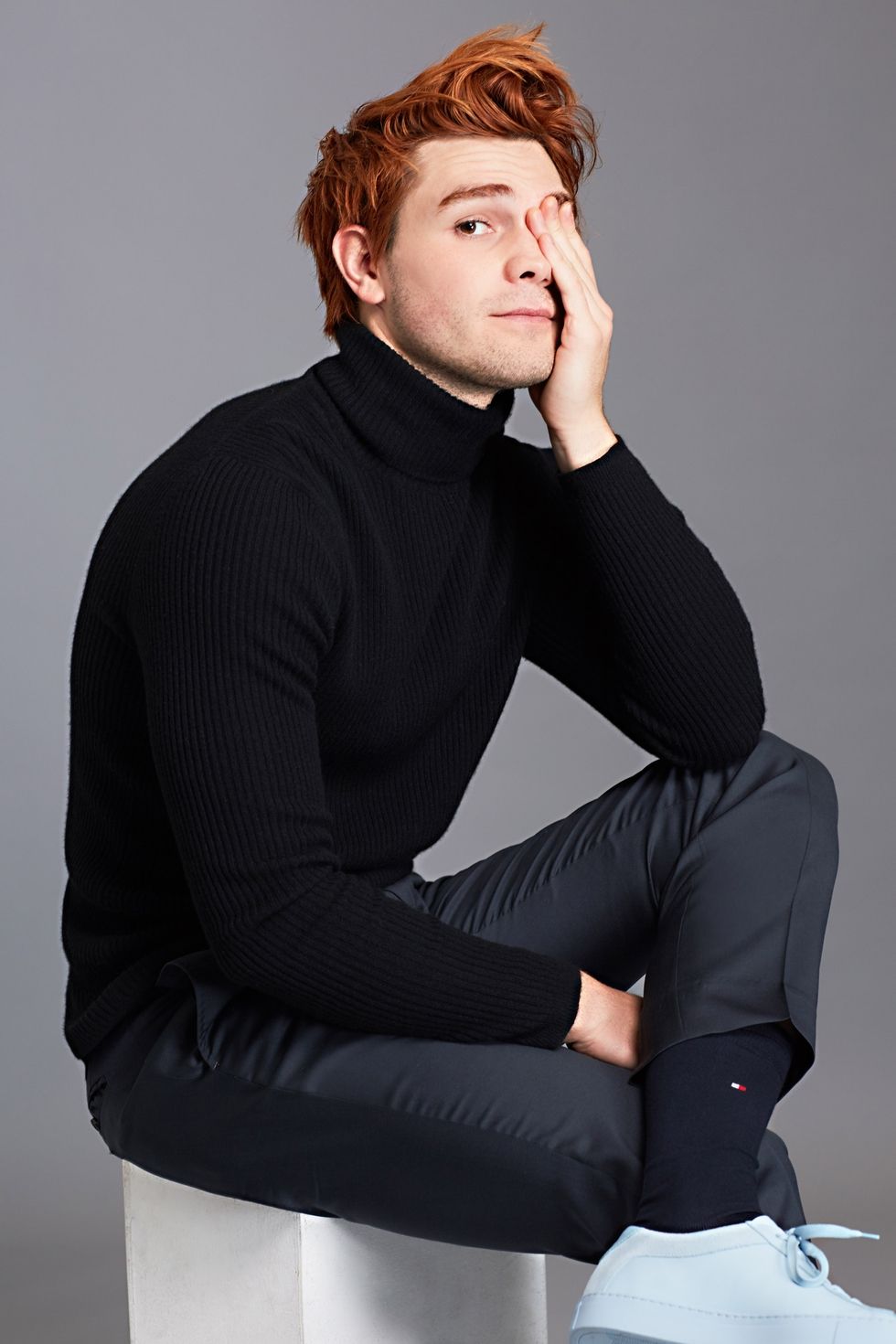 New Zealand actor KJ Apa trying to look casual while doing something that is very contrived. 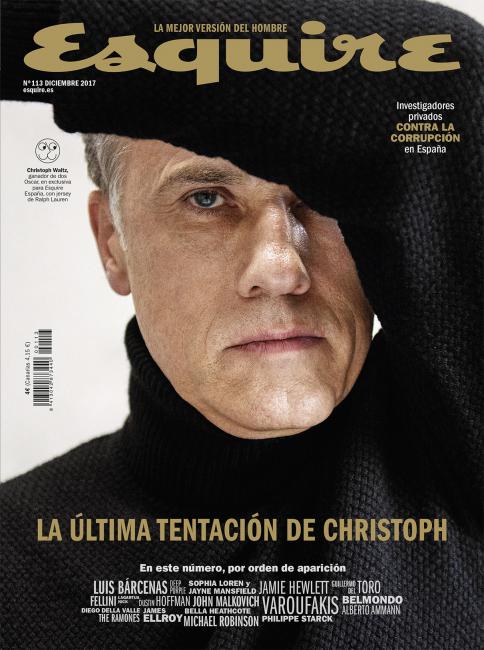 Christoph Waltz on the cover of Esquire Spain, doing what he needs to do to keep finding work in cinema. 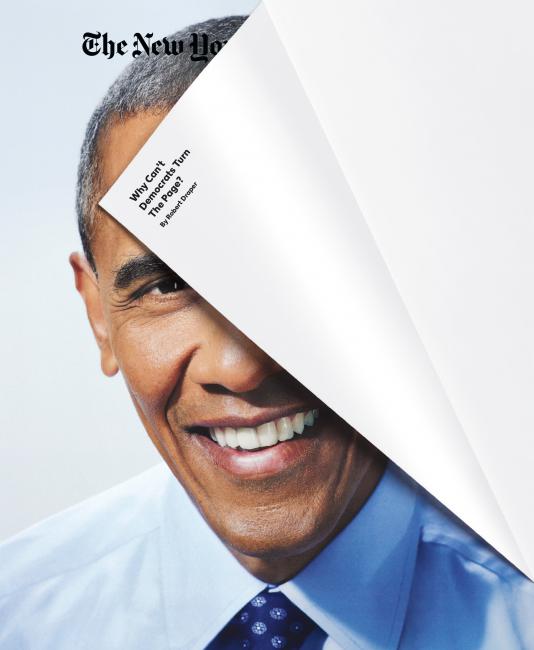 The cover image of this New York Times story is quite symbolic. Politics = a puppet show. 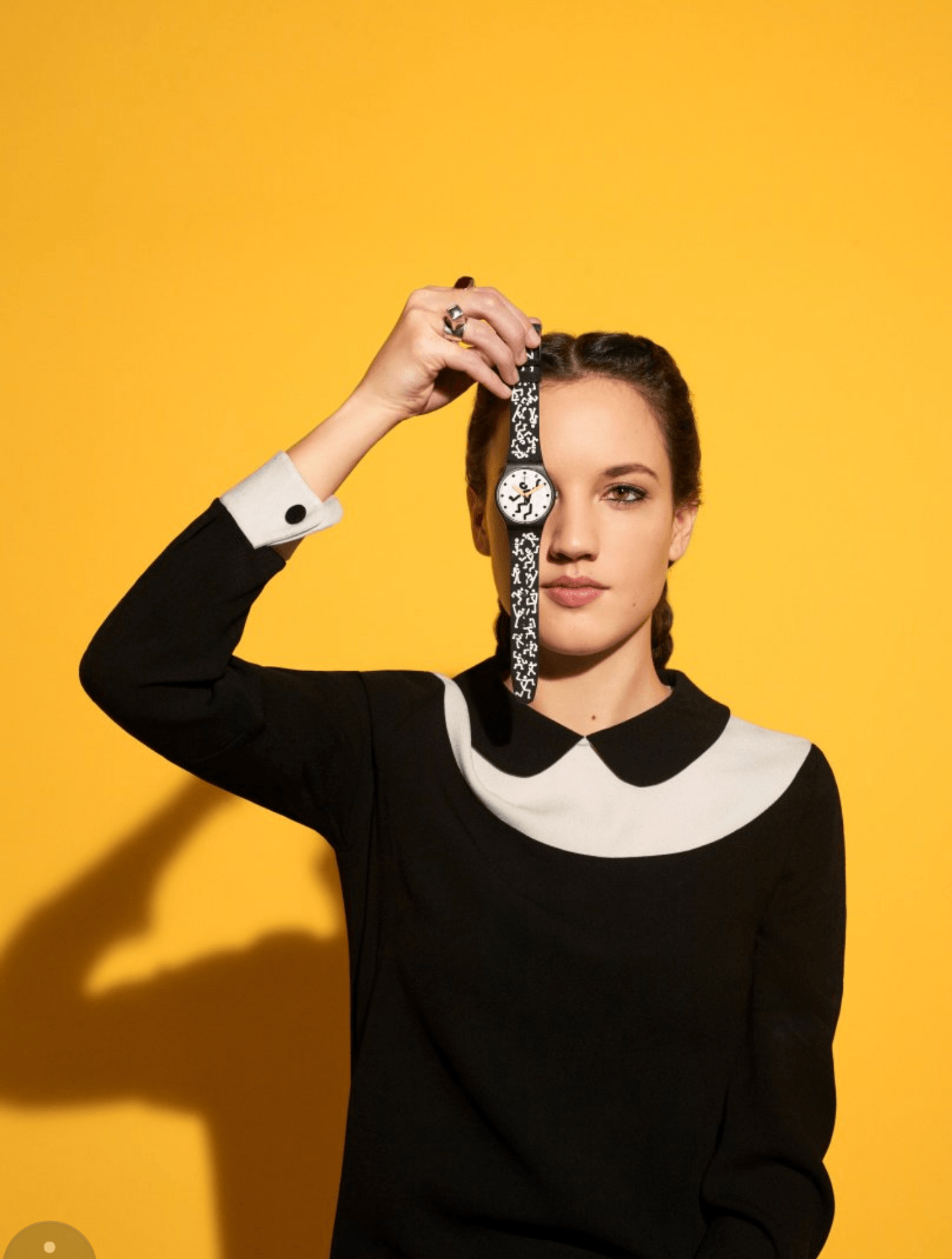 A Swatch ad that can be seen in magazines everywhere. I’m pretty sure that is not how you wear a watch. 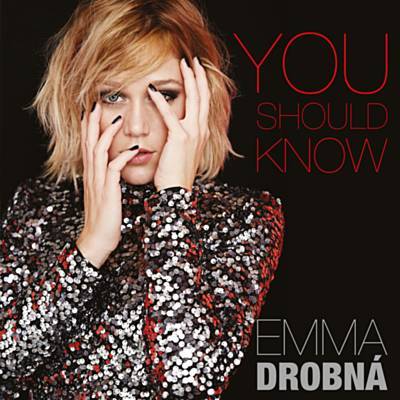 The album cover of Czech singer Emma Drobná. You thought that the Czech Republic was safe from this crap, didn’t you? 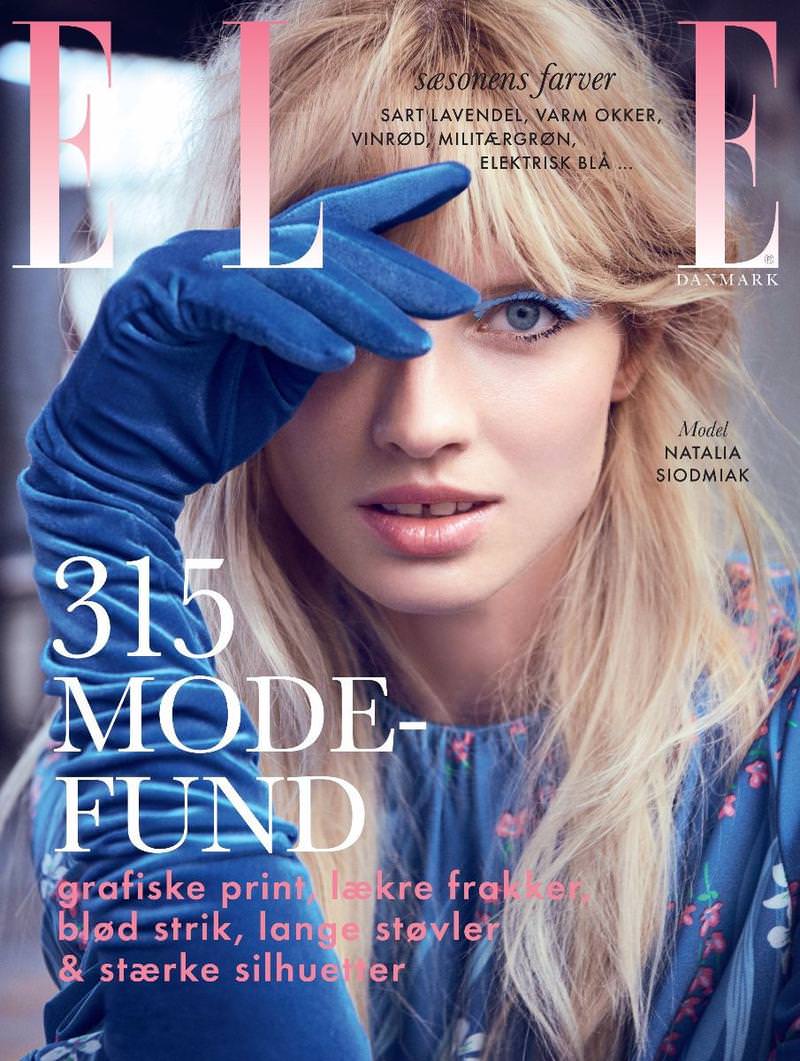 The cover of ELLE Denmark. You thought that Denmark was saf….. OK, I’ll stop now. 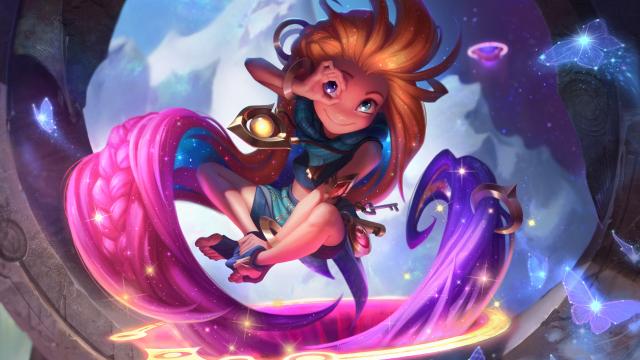 League of Legends is an insanely popular video game with over 100 million monthly active users and competitions worldwide. This is the official image of the character Zoe. Yup. She’s doing it.

A reader from France sent me this screenshot from a local radio station showcasing artists. In this single pic, you’ve got two one-eye signs and a gun pointing at a child’s head. Pop music is great nowadays. 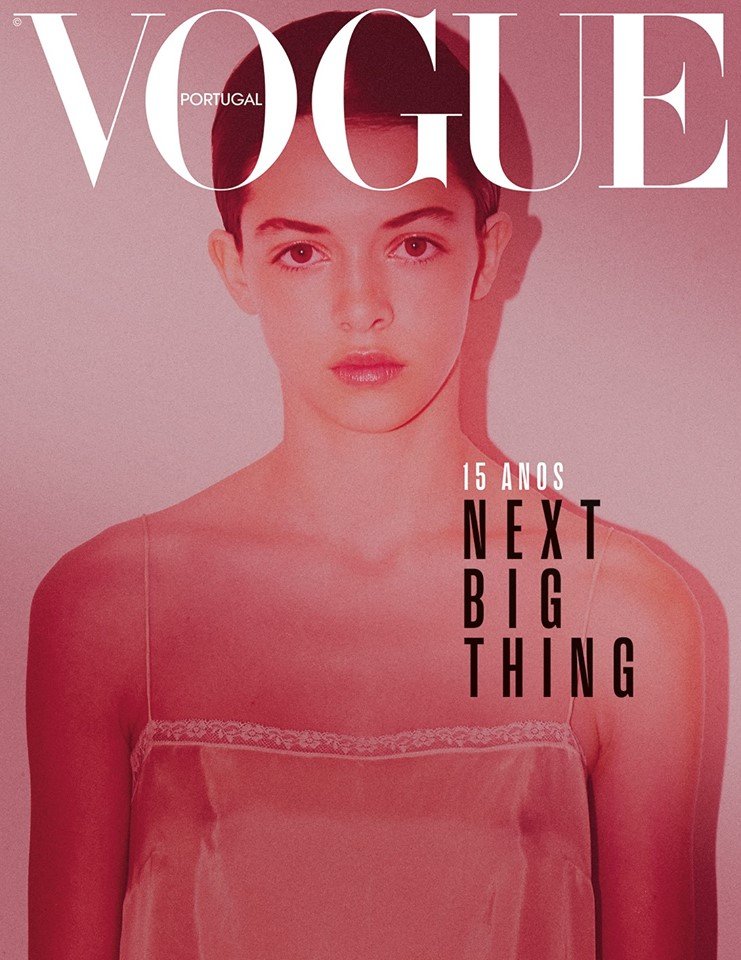 The cover of Vogue Portugal features a young model with the words: “15 years, The Next Big Thing”. Right. It turns out that Vogue Portugal is 15 years old. To “celebrate” this, they featured on the cover Maria Miguel, a 17-year-old Portuguese model who was “newly discovered and already adopted by Saint Laurent in an exclusive contract”. The cover was purposely created to subtly disclose a fashion industry secret: It is now preying on increasingly young models (minors) and sexualizing them in photoshoots. Why? Because they’re working hard to normalize everything pedo.