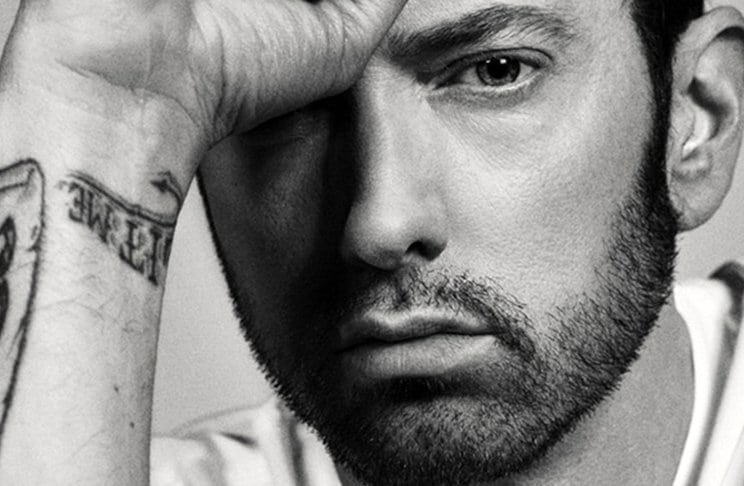 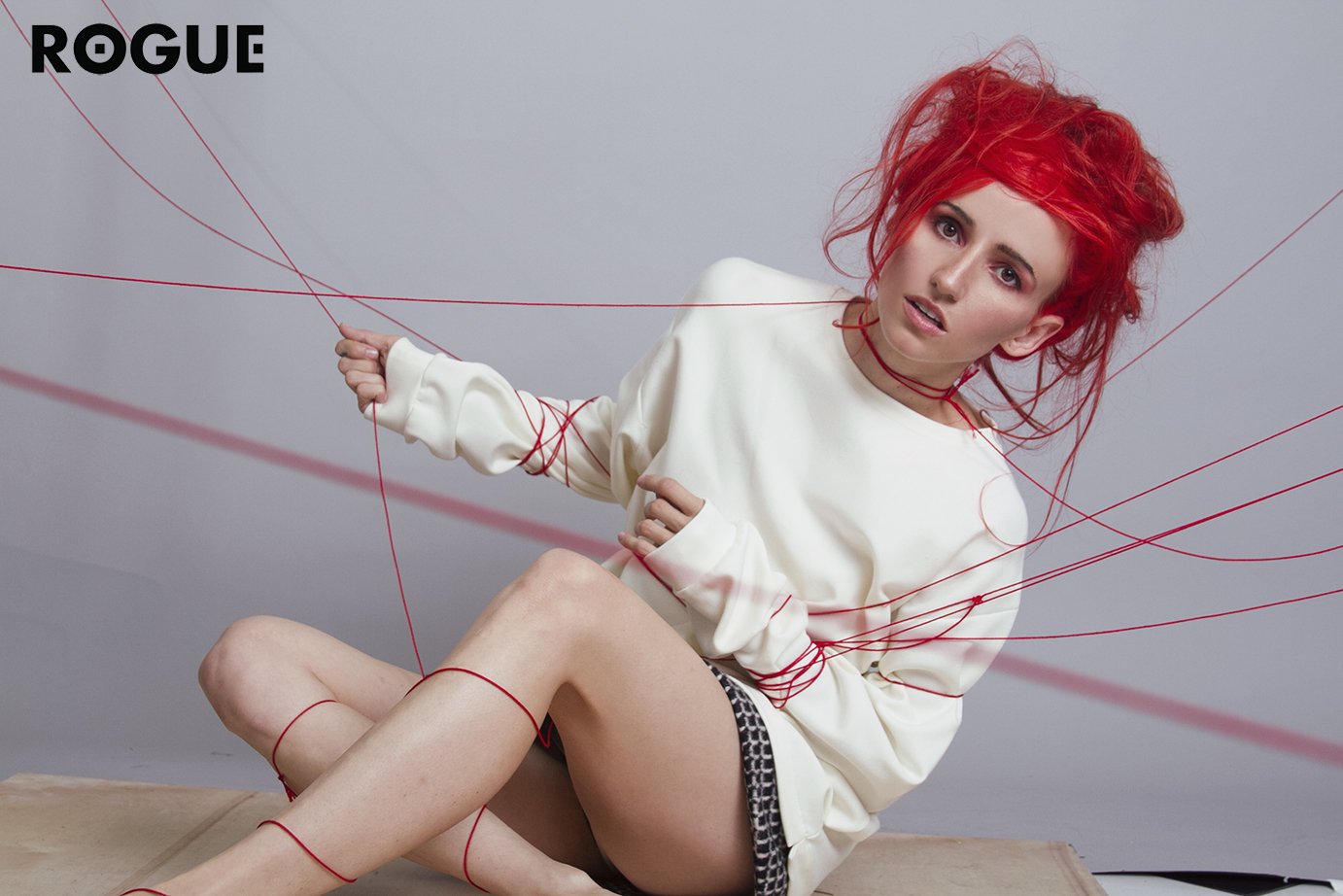 Canadian “alt-pop” singer Lights has been enjoying some good mass media coverage in the past years. Consequently, she needs to take part in some symbolic pics, like the photoshoot for Rogue magazine. Here, she represents exactly how elite perceives pop stars: Puppets whose strings are controlled by unseen (but powerful) people. Notice that there’s some string tightly wrapped around her neck: The puppeteers have the power to remotely strangle the puppet to death if need be. 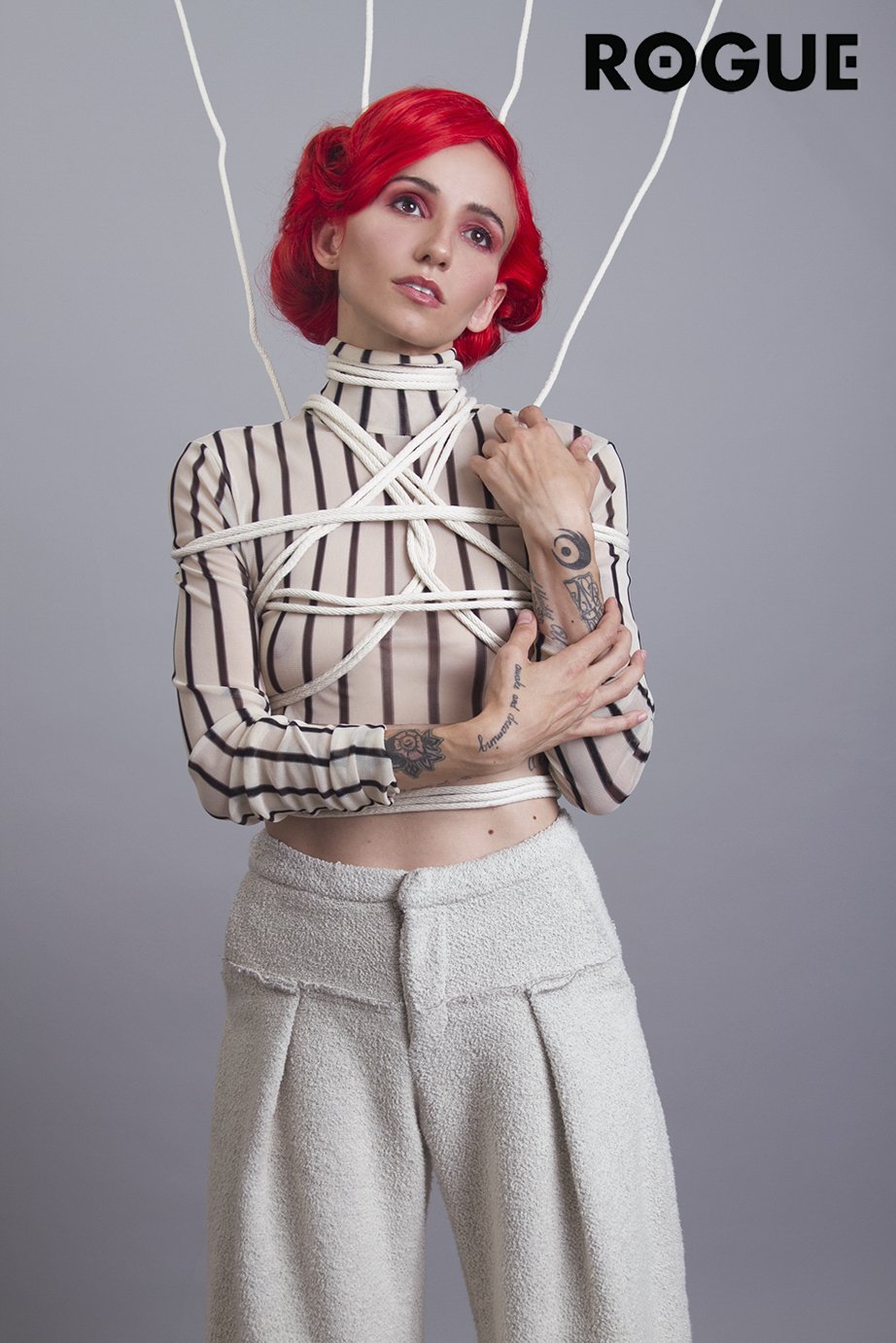 As I stated in the intro: OMG. I don’t usually say or write OMG because I am not a teenage girl, but, seriously, OMG. The one-eye sign is more omnipresent than ever. The phenomenon that I’ve been observing for years is only amplifying to the point that it is now completely unavoidable. The elite is clearly showcasing its tentacular control of all aspects of society, yet most people stay blind to it all. For instance: Why is everybody in Germany doing the one-eye sign?

Well, not everybody in Germany, but everybody at German TV Channel ZDF.

ZDF is an abbreviation for “Zweites Deutsches Fernsehen” which means Second German TV. The slogan “Mit dem Zweiten sieht man besser” can be translated to: “You can see better with the second” … Do they mean the second station? Or the second eye? The answer is: Yes. 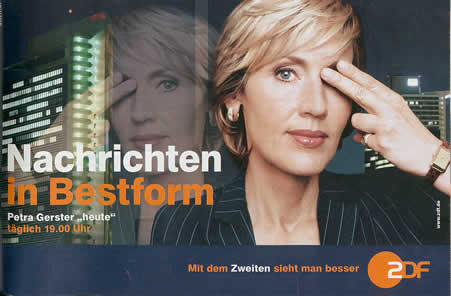 Yes, your girl Petra Gerster is doing it too. 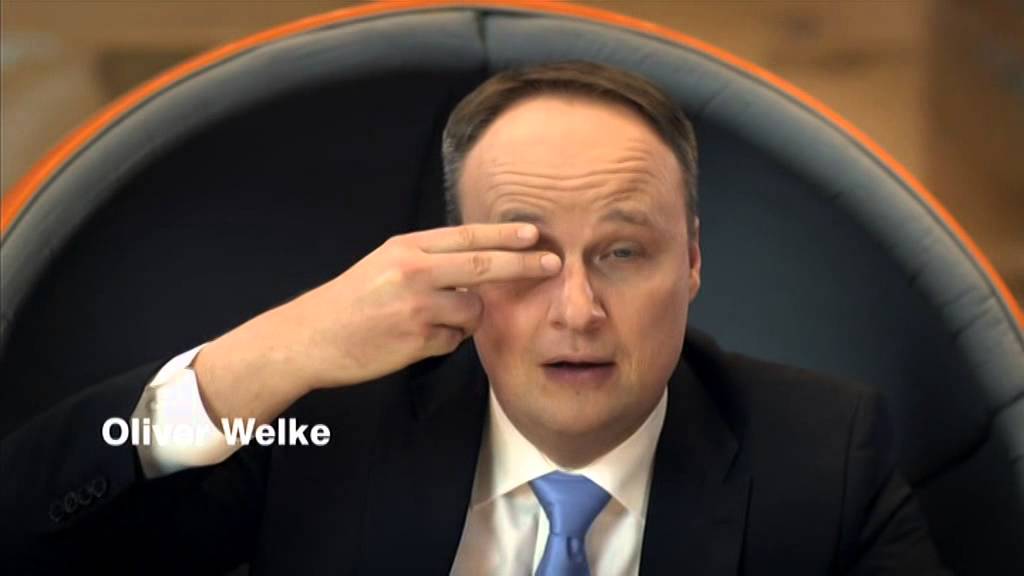 And your boy Oliver Welker.

In fact, it appears that anybody who ever got a paycheck from ZDF had to do the sign. Even the damn mascot is doing it. Here are so more examples.

ZDF is a public service network founded by all federal states of Germany (Bundesländer). In short, it is run by the German government and funded with taxpayer money.

Had enough one-eye sign for today? Well, I’ve got about 10,000 more to show you. For instance: Why is everybody in Syria doing the one-eye sign? 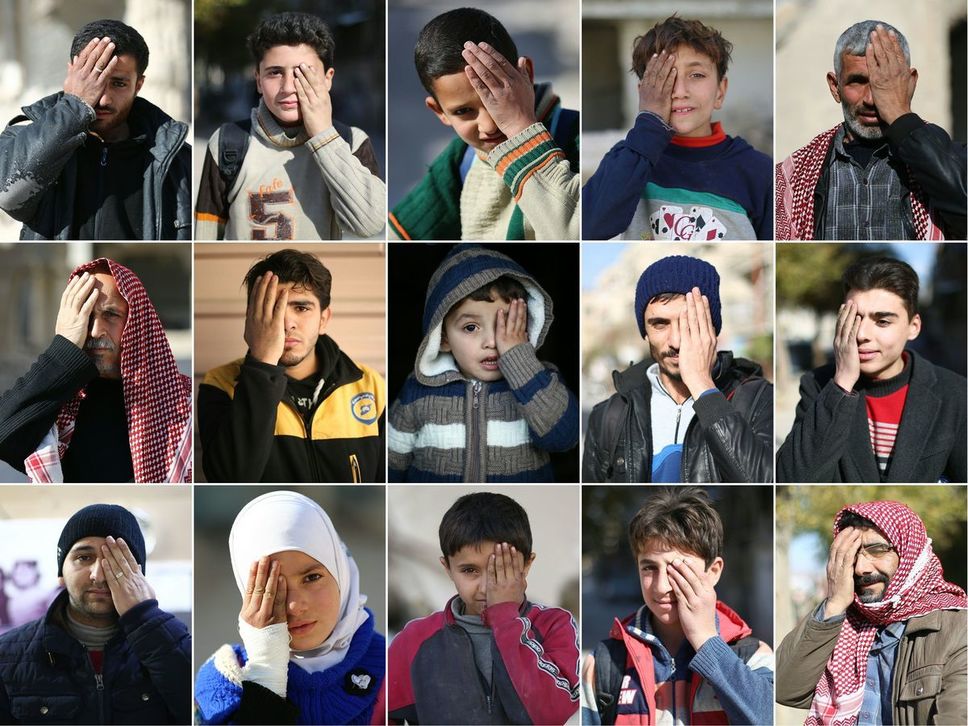 In December, a social media campaign named #SolidarityWithKarim was launched to bring attention to the plight of a young Syrian boy who lost an eye near Damascus. While the intents of those posing in those pictures were probably good, knowledge of this symbolism leads me to be suspicious. Could this campaign (which was widely covered by mass media) a twisted way of indicating that the Syrian crisis was generated by the elite? Were these people used to confirm elite control? The following pic made me even more suspicious. 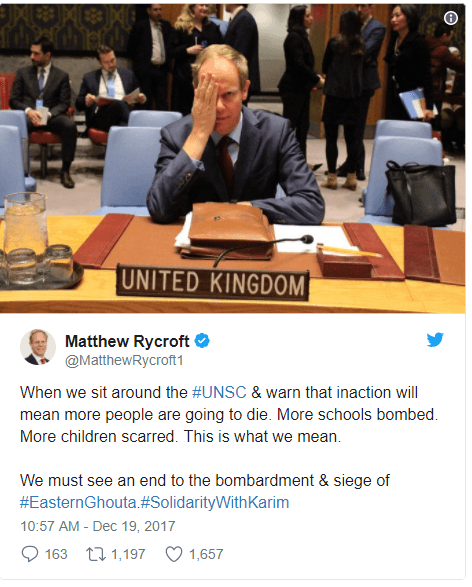 Matthew Rycroft is a British diplomat who is a Permanent Representative to the United Nations in New York and has been appointed as the new Permanent Secretary at the Department for International Development (DFID). Apparently, he’s doing the one-eye sign in “solidarity” but also admits that they’re all “sitting around” doing nothing. Nowadays, posing for a picture and posting it on social media counts as “activism”. In reality, it actually achieves nothing except drawing some attention on oneself.

In the past month, the one-eye sign was featured on the cover of so many magazines its like OMG. 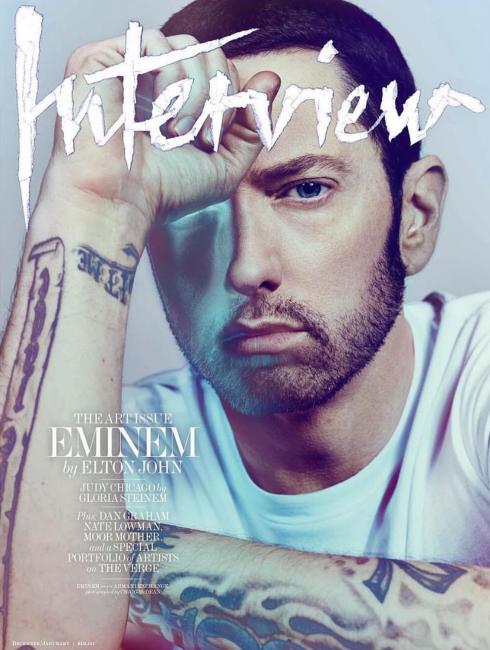 Eminem released a new album entitled Revival. Indeed, in order to see a revival of his career, Eminem needs to put his face in magazines doing the one-eye sign. His face basically says: “I don’t feel like doing this, but I have to”. 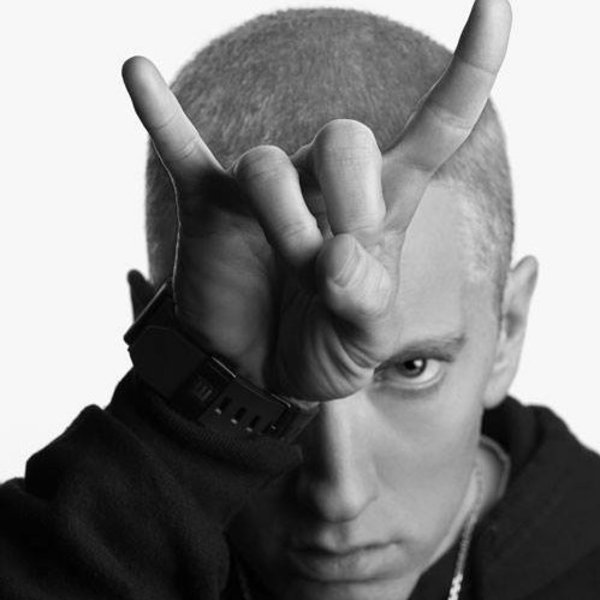 He had to do a one-eye/devil horns combo to promote a previous album. 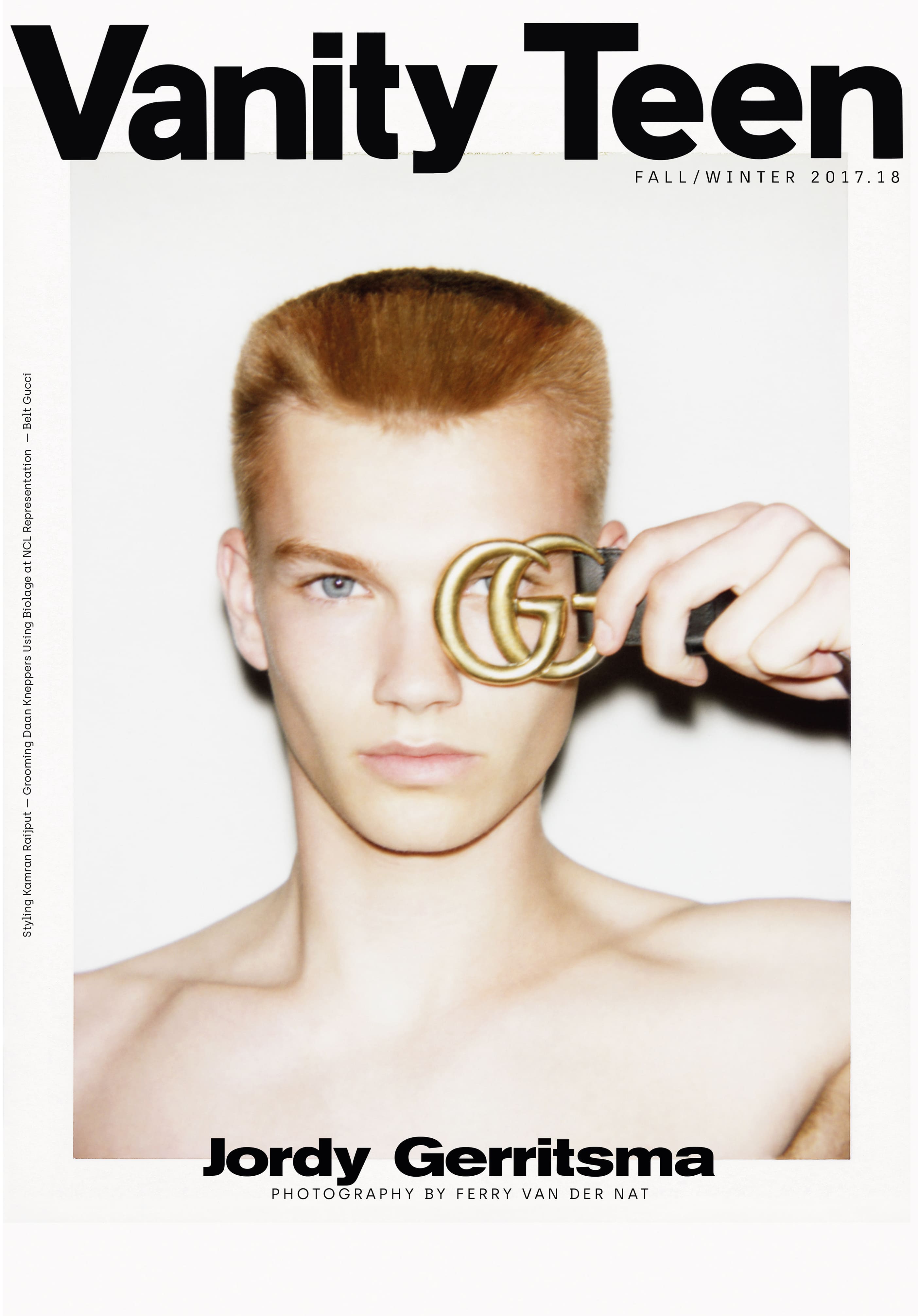 Teen model Jordy Gerritsma on the cover of Vanity Teen, hiding one eye using a Gucci belt. The fashion world is so creative and inspiring. 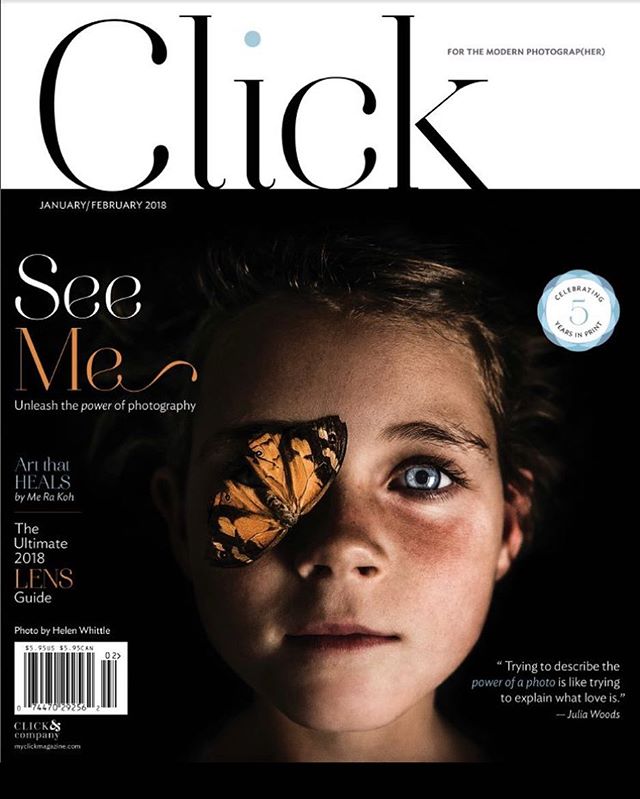 The cover of photography magazine Click features a young girl with one eye hidden by a butterfly. Gotta educate aspiring photographers to the world of Monarch programming. 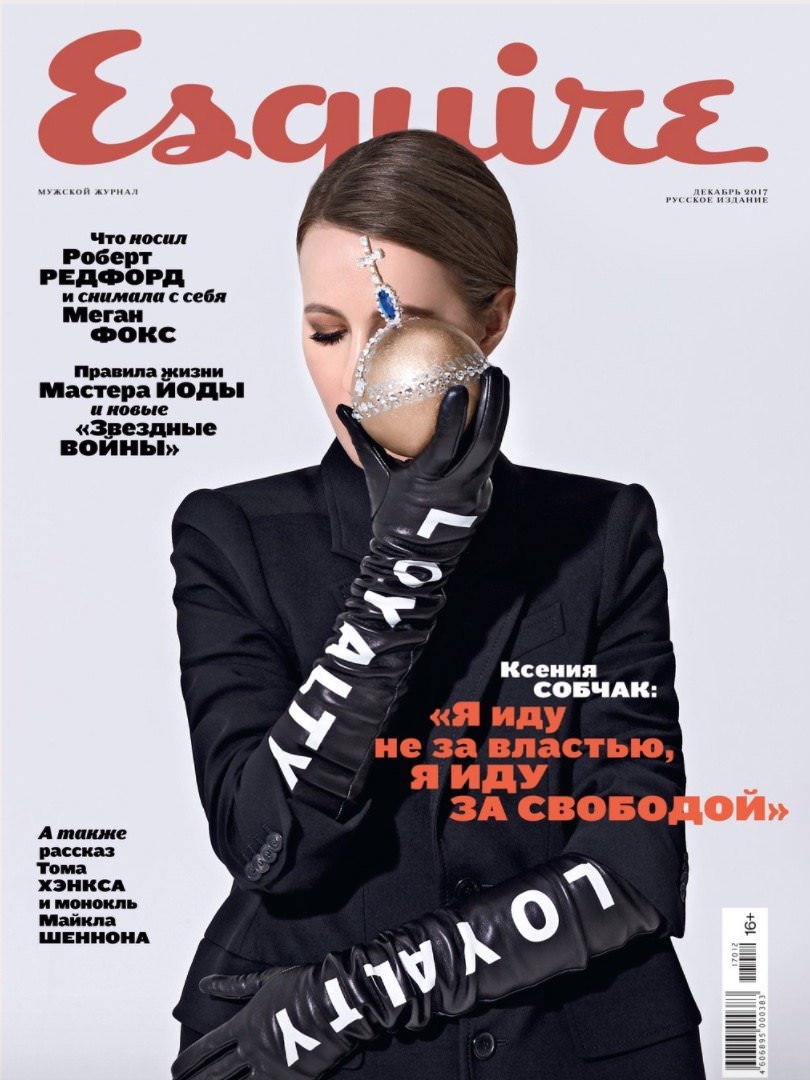 Ksenia Sobchak is dubbed “Russia’s Paris Hilton”. She recently announced that she’s a candidate at the 2018 Russian Presidential elections. Will she beat Putin? I seriously doubt it. That doesn’t stop her from being featured on the cover of Esquire. Here, she is hiding one eye with the orb and cross, an ancient Christian symbol of authority (even though she is of “Jewish descent”). 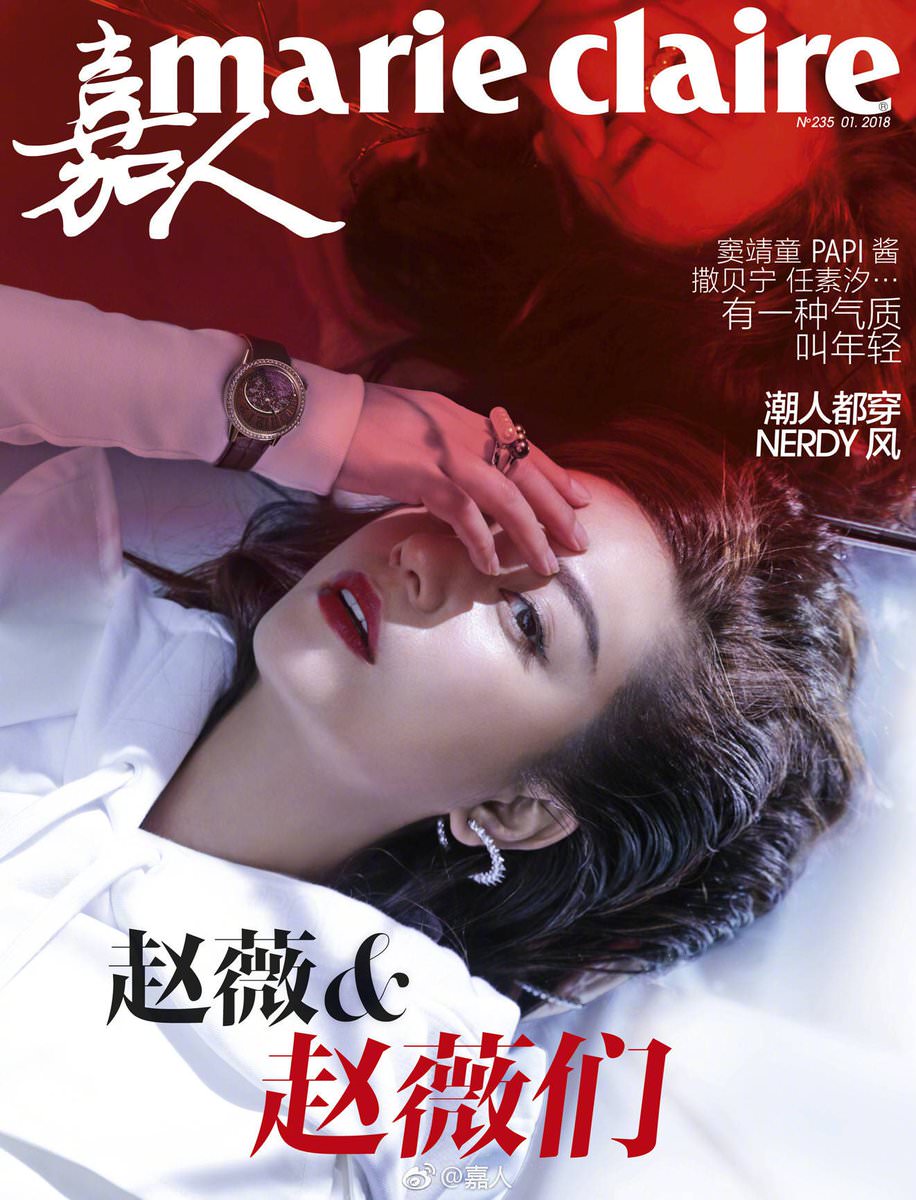 Actress Zhao Wei on the cover of Marie Claire China. 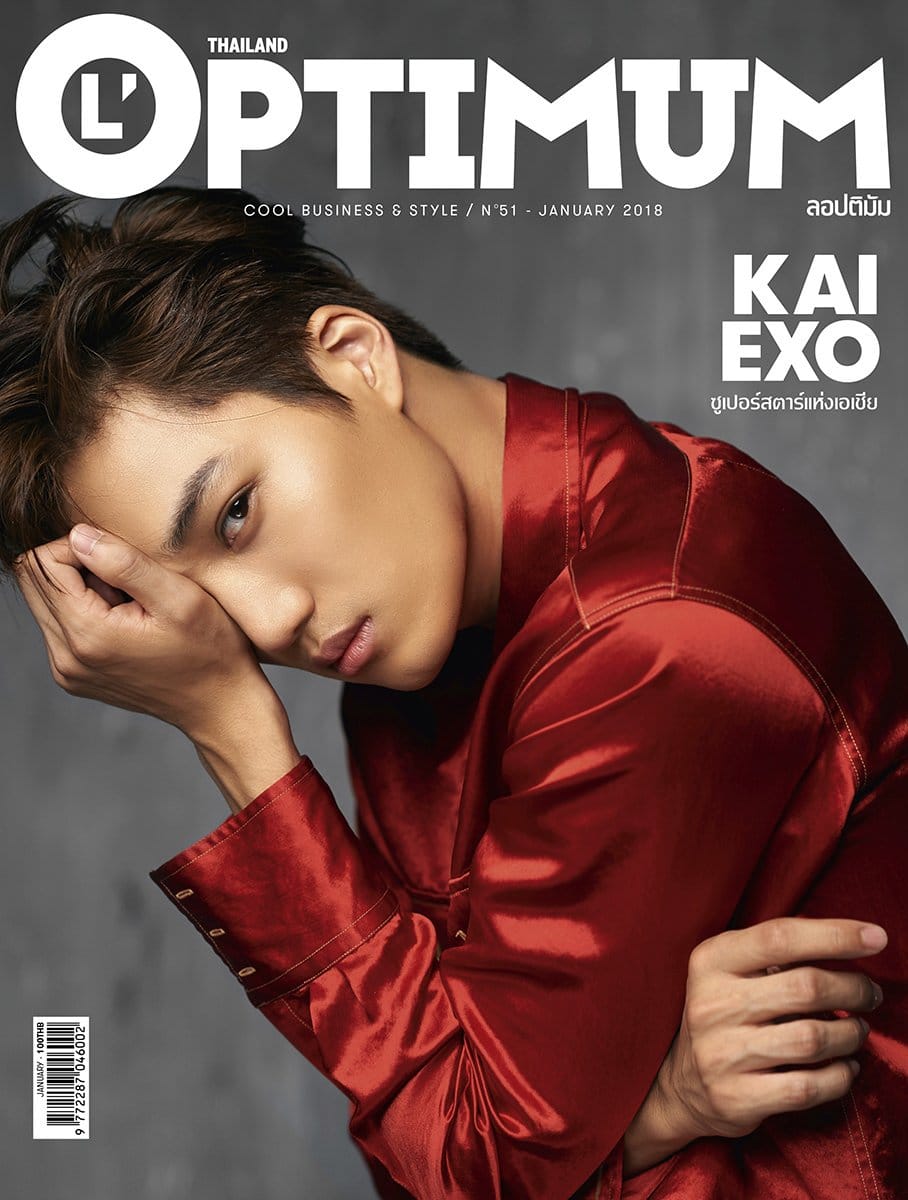 “Korean heartthrob” Exo on the cover of L’Optimum Thailand. Did you think that Thailand was safe from this stuff? Nope, all of Asia is heavily exposed elite symbolism. 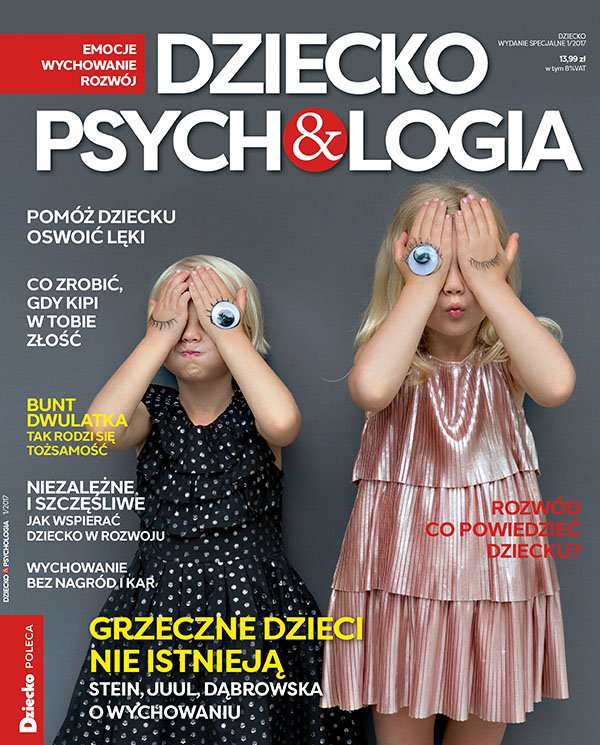 This is the cover of Polish psychology magazine Dziecko i Psychologia. This issue is dedicated to the “development of children”. How about not using children to pose on magazine covers and making them do ridiculous hand signs associated with an occult elite that is known to be bent on child abuse? 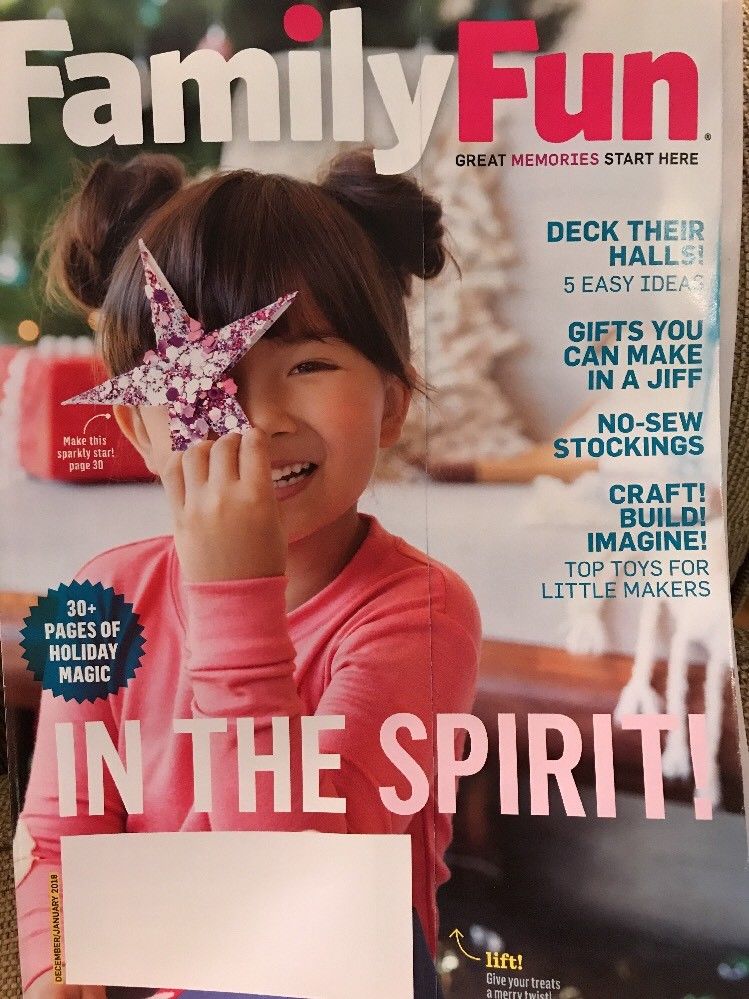 “Hey kid, wanna have some family fun? Stick that pointy star on your eye. So much family fun.” 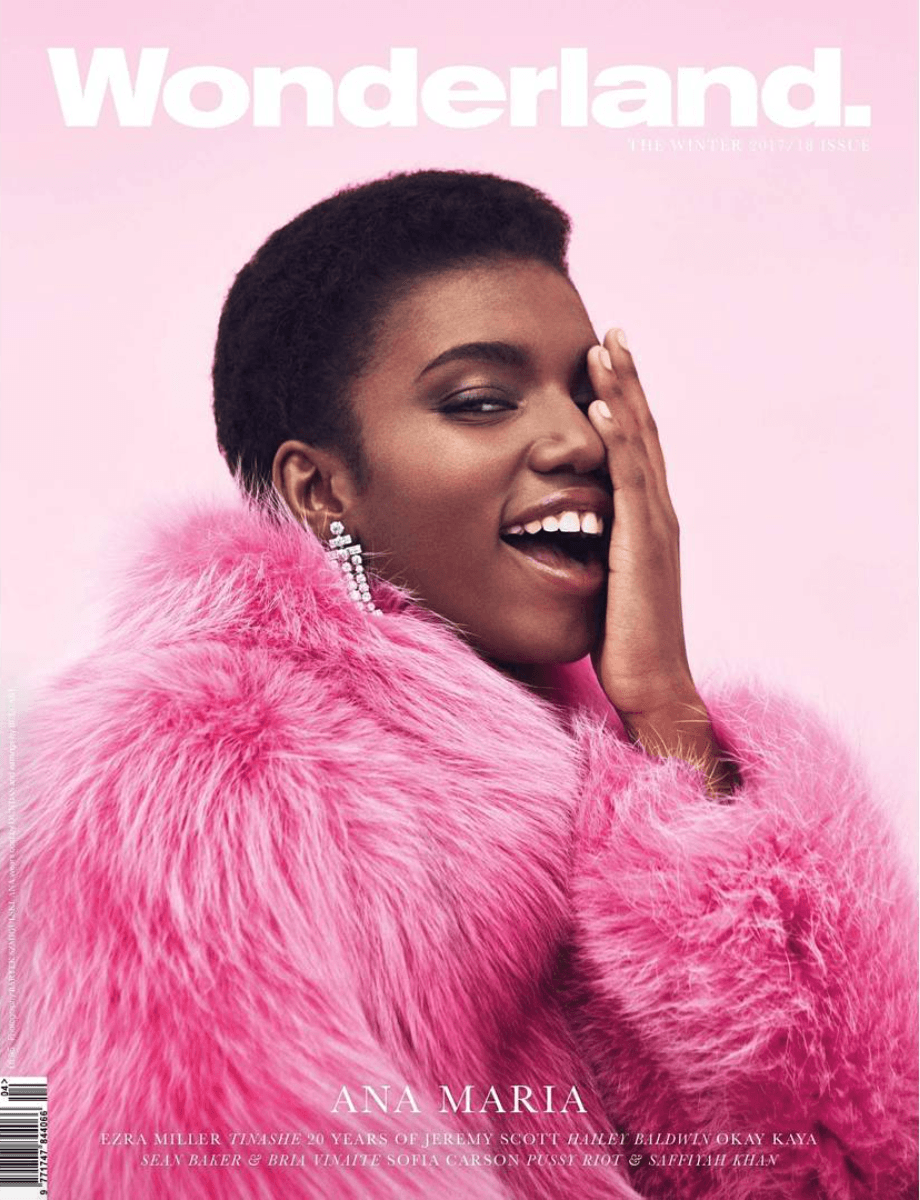 The cover of Wonderland magazine. 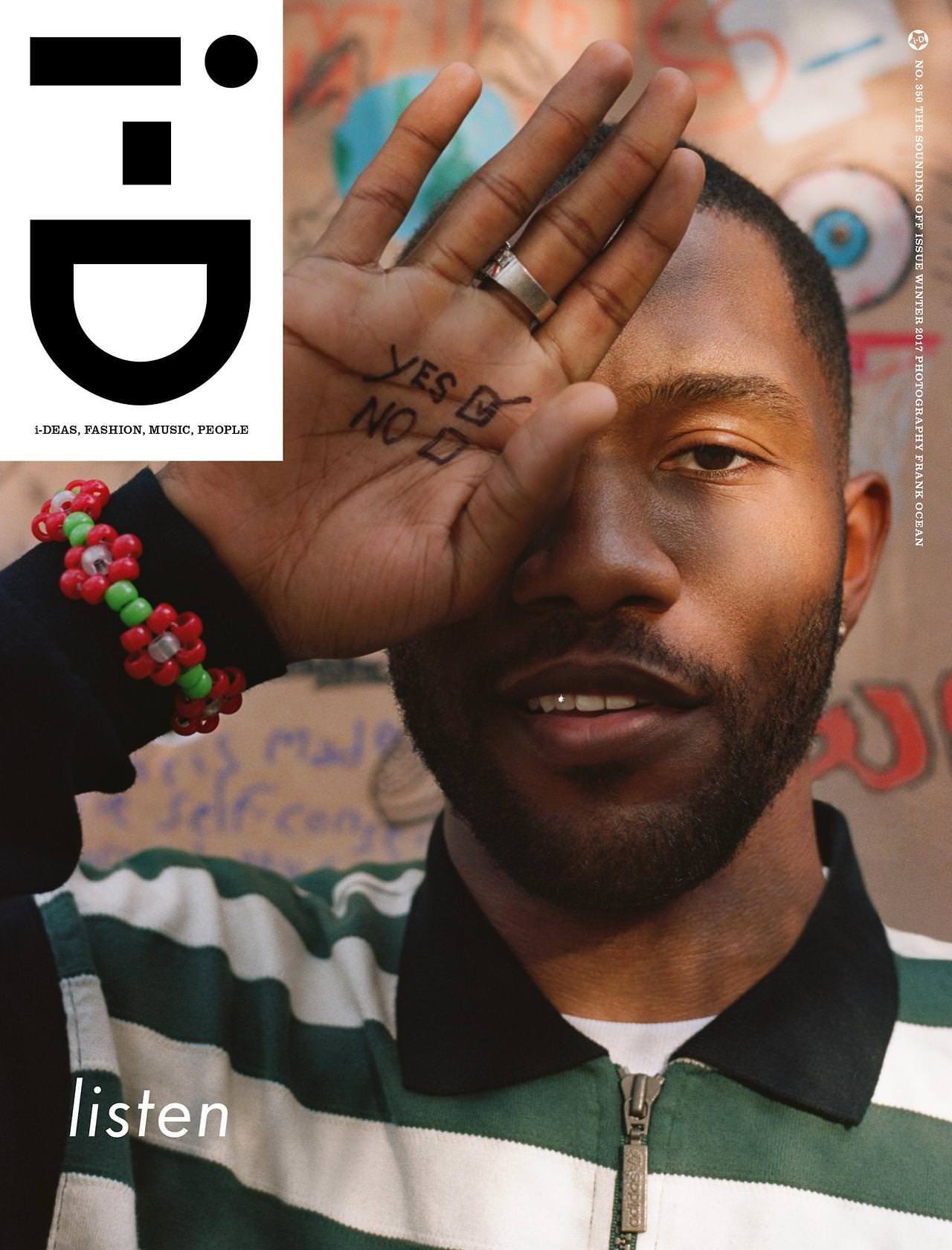 Frank Ocean on the cover of i-D. Is he an Illuminati pawn? The answer is on his hand.

The dozen magazine covers above were all released in the past weeks. No need to dig in obscure places, it’s right in our faces (this should be the hook of a song). As if that wasn’t enough, the one-eye sign was in a bunch of other places as well. 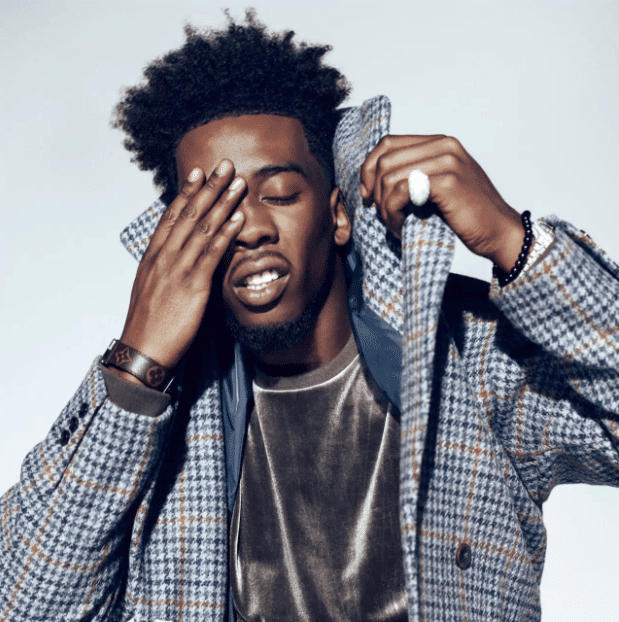 BMW recruited Desiigner for an ad campaign. This is one of the pictures of the campaign. I guess you need to show your submission to the elite if you want some of that sweet BMW money.

A promo pic for the series Detour. Preying on children. 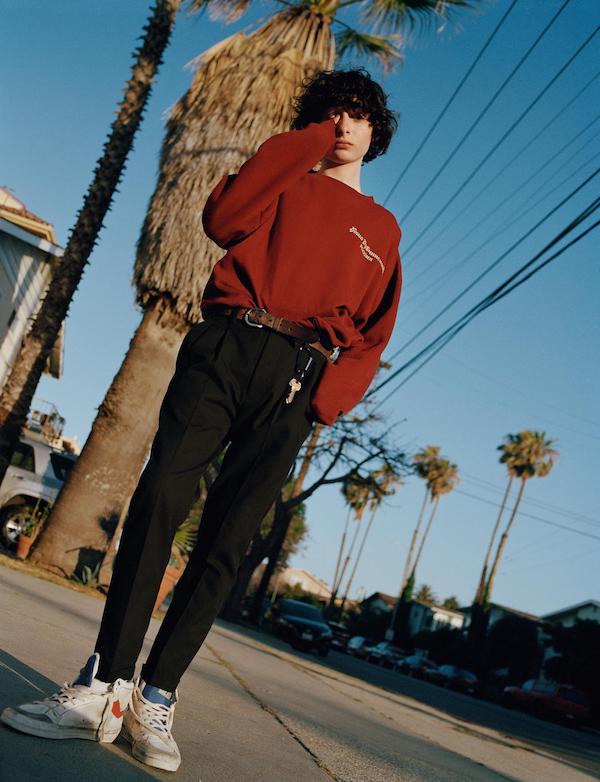 Finn Wolfhard, the kid from Stranger Things (read my article about the MK symbolism of the series here). I can’t help but cringe a little everytime I see the kids from that show pushed into the toxic Hollywood spotlight. 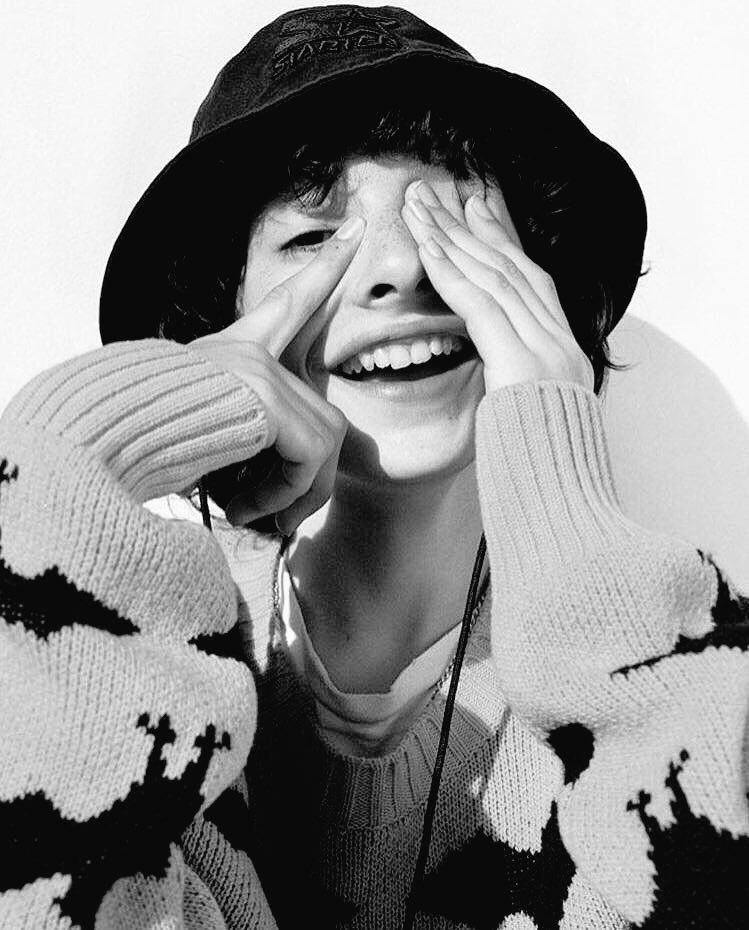 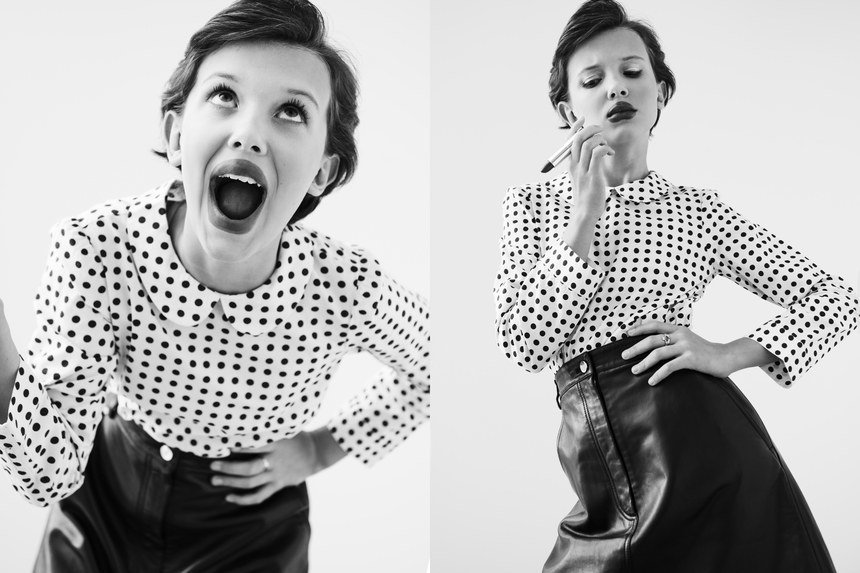 The kids from Stranger Things are also pushed in bizarre, sexualized fashion shoots such as this one featuring Millie Brown (13 years old). 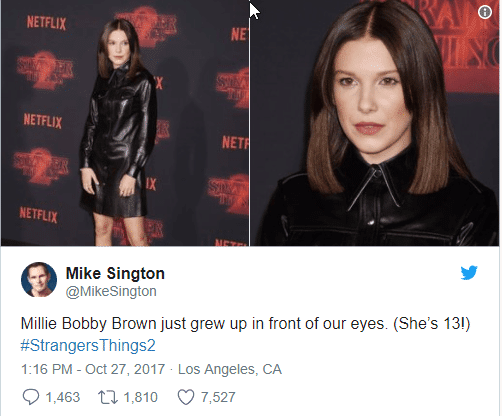 On social media, there are all kinds of creeps posting weird stuff about these kids. 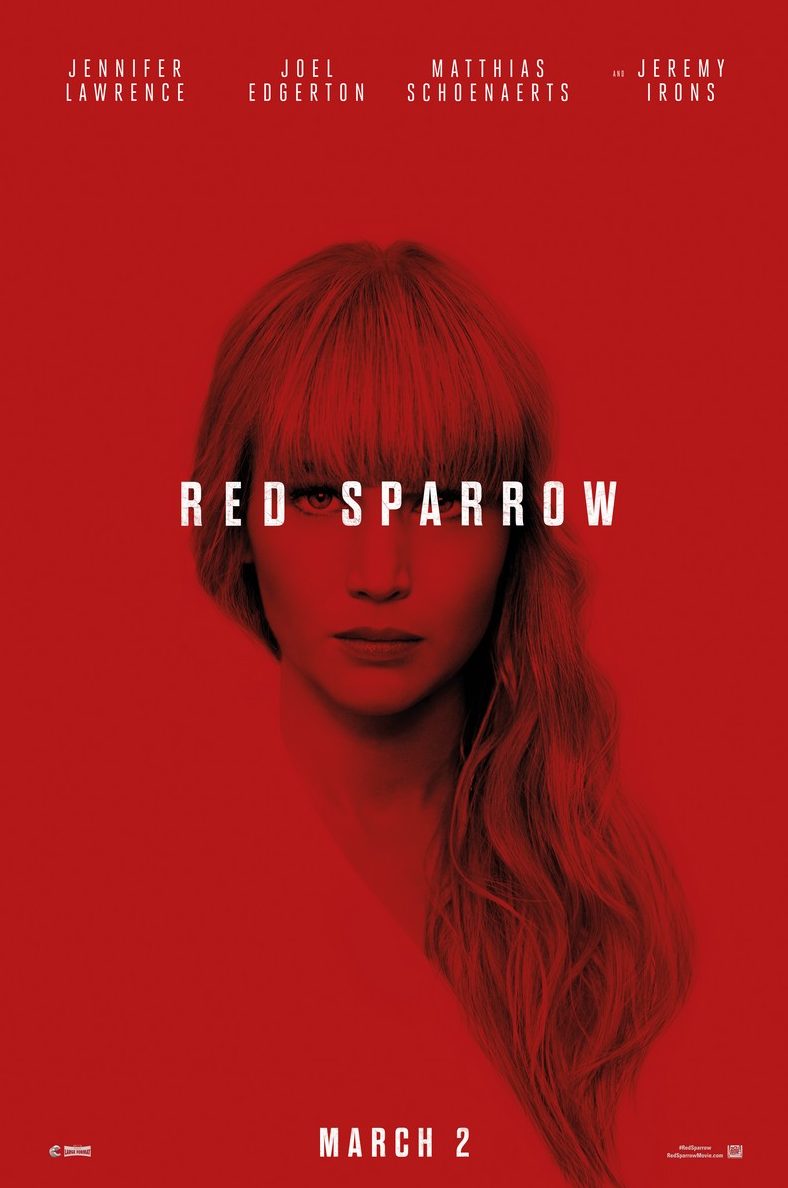 This is the poster of Jennifer Lawrence’s new movie Red Sparrow. Once again, it clearly focuses on one-eye. The movie description says: “After enduring a perverse and sadistic training process, she emerges as the most dangerous Sparrow the program has ever produced.” This is pure MK ULTRA stuff. After watching the trailer, it seems that Lawrence plays the role of a classic Beta (sex slave) and Delta (assassin) MK agent.