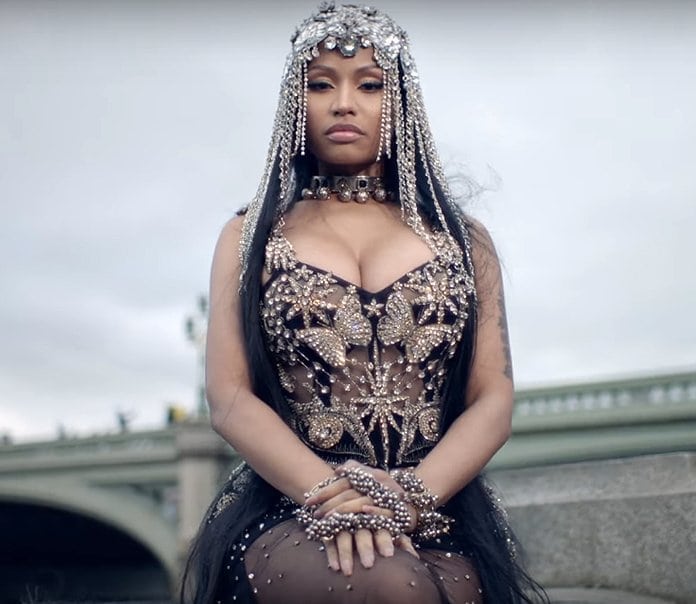 Packed with imagery associated with secret societies and the occult elite, Nicki Minaj’s “No Frauds” video is a tribute to the secret rulers of the world. There is also a troubling coincidence relating to this video: It was filmed on Westminster Bridge only days before the terrorist attack.

Nicki Minaj’s song No Frauds is primarily a diss track aimed at Remy Ma who released, a month prior, SeTHER, a diss song unrelentingly insulting Minaj for seven minutes.

At one point, Remy Ma even takes the gloves off and mentions Nicki Minaj’s brother who is a convicted child molester.

“And I got a few words for the moms of the young Barbz
Guess who supports a child molester? Nicki Minaj
You paid for your brother’s wedding? That’s hella foul
How you spendin’ money to support a p***phile?
He a walkin’ dead man, sendin’ threats to him
I guess that’s why they call you Barbie, you was next to Ken
Talkin’ about your money long and your foreign sick
Why you ain’t help your bro hide his c** from forensics?”

“Jelani Maraj, Nicki’s brother, was arrested in December 2015 for child r*Pe charges. Forensics found his semen on the 12-year-old r*pe victim’s clothes. He was released on $100,000 bail and rejected a plea deal of 15 years to life. He will face life in prison if convicted.

After he was released on bail, the family went bowling and Nicki posted a selfie of the event on Instagram. Nicki also reportedly paid $30,000 for her brother’s wedding.

One of Nicki’s alter egos is The Harajuku Barbie, so she often refers to herself as “Barbie.” Ken dolls are male counterparts to Barbie dolls—“next to Ken” is a homophone for “next of kin, referring back to Jelani. Remy also calls out to Nicki’s young fanbase, known as Barbz, and urges their parents to take heed to Jelani’s criminal charges.”
– Genius, ShETHER 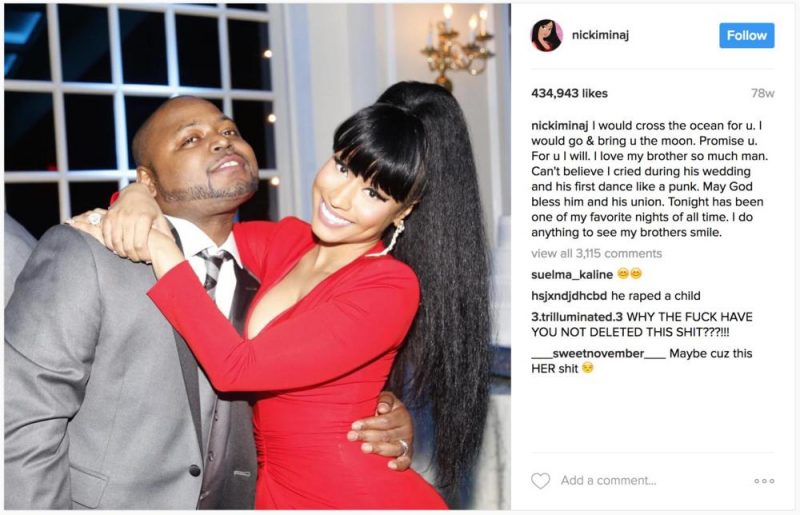 After the release of SeTHER, there was some pressure on Nicki Minaj to release a response to this lyrically violent Remy Ma song. The response came, but not in the form of a hardcore rap diss track. Nicki Minaj instead released a catchy, dancy single featuring rap superstars Drake and Lil Wayne, where she dedicates some words to Remy Ma almost as an afterthought.

However, after one watches the video, a clear underlying message emerges from the song: Minaj doesn’t really need to do battle raps with the likes of Remy Ma. Years ago she sold out to the occult elite who control her career and guarantee her success … for now.

The video for No Frauds is indeed laced with all kinds of symbols associated with the occult elite – notably the British Monarchy. Let’s look at the video.

The video begins with Nicki Minaj asserting that she’s the Degenerate Queen. Sorry, I meant Degeneres Queen. She then asks people to ask Ellen DeGeneres about her royal persona. Nicki Minaj has been a regular guest on Ellen DeGeneres’ show (who is herself the queen of daytime TV). She’s bragging about getting the sweet mass media exposure that industry pawns profit from while they’re “hot”. At least she has apparently moved on from her previous persona “Roman Zolanski”, which was clearly inspired by Roman Polanski. As you might know, he directed the movie Rosemary’s Baby (about the coming of the Anti-Christ) and he was convicted of drugging and abusing a 13-year old girl in 1977.

With her Illuminati-ball mask, her hands making horns and the snakes on her dress, Minaj appears to be an evil, vengeful and demon-possessed queen.

In another shot, Minaj poses as a dignified queen, complete with a bejeweled crown on her head.

Right from the start, there’s a duality going on with Nicki Minaj who embodies both a masked evil queen and a crowned heiress showing a dignified face to the people.

The camera then does a close up of a sword that tells you everything you need to know about this video.

This is a Masonic dress sword.

Inside the oval on the hilt of the sword is the symbol of the Cross and Crown. It is the main symbol representing the Knight Templars, one of the most ancient secret societies in Western occultism. Interesting fact: That symbol esoterically represents a male organ penetrating a female organ, which is an allusion to Sex Magick.

On each side of the sword’s guard is a cross pattée, another ancient symbol representing the Knights Templar. 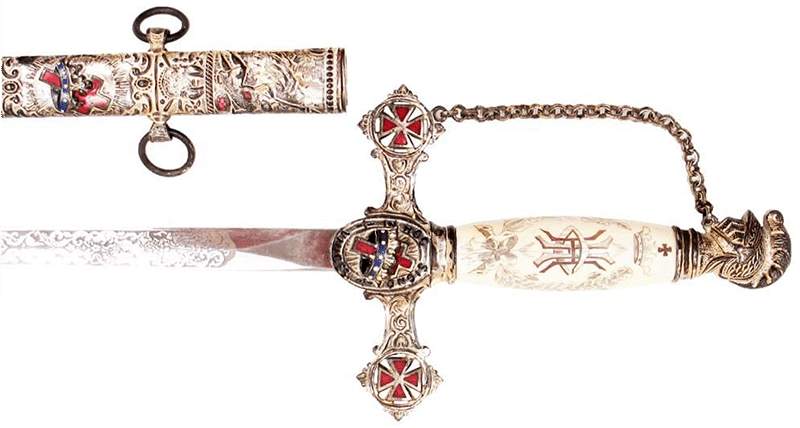 A similar sword found on a website auctioning off Masonic items. It is described as a “Knights Templar Masonic sword with a scrimshawed ivory handle and original chain”. 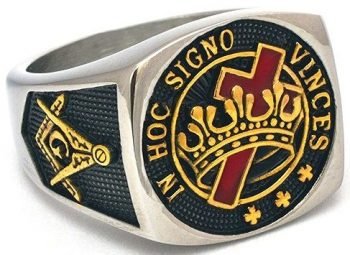 A Masonic ring with the symbol of the Cross and Crown and three small crosses pattée.

Dress swords are used in Masonic rituals and ceremonies such as the initiation of a new candidate. 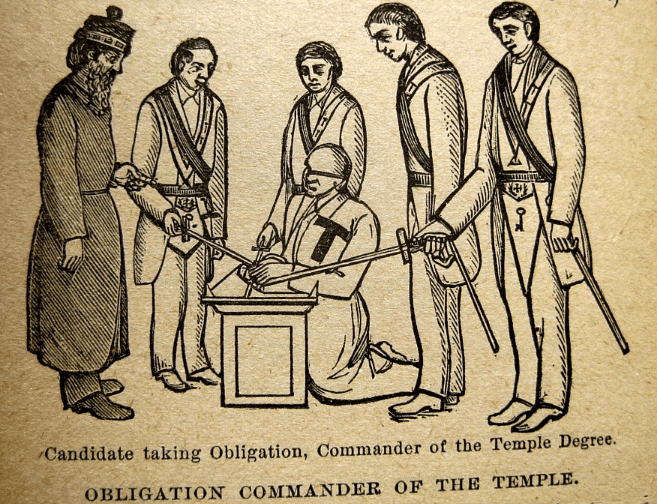 An example of a Masonic ritual taken from an antique book of the Scottish Rite.

This Masonic ceremonial sword is not prominently featured in this Nicki Minaj video simply because it looks cool. It bears an important symbolic meaning and it directly refers to secret societies and the occult elite. 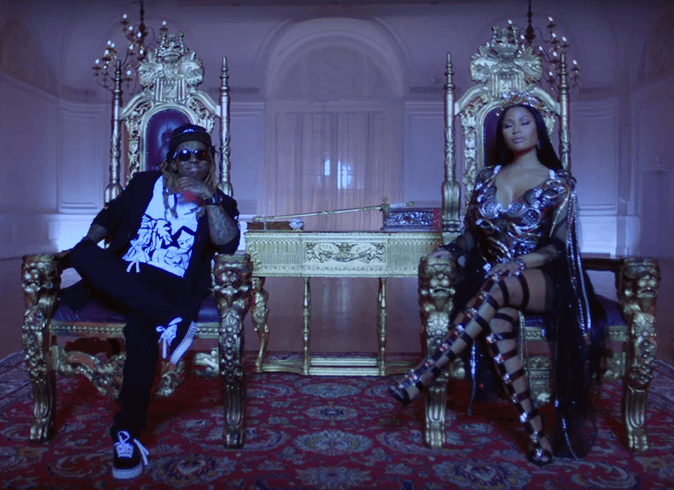 Lil Wayne and Nicki Minaj are sitting on Masonic chairs. The Masonic dress sword is strategically placed between them. The occult elite is what keeps them sitting on the “throne” of the music business.

Other shots in the videos appear to focus on a specific theme: Occult London. Here are some examples.

It is 3 o’clock on Big Ben. 3 am is known in occult circles as the “devil’s hour”. In this shot, it is most likely 3 pm, but the reference is still there.

“The 3am time slot is regarded by paranormal experts as a time when pure evil – either demons or entities from the spirit world – make their presence felt. The thinking behind the specific time of 3am is that it is a deliberate mocking of the death of Jesus Christ, who, according to ancient writing, died in the middle of the afternoon – at 3pm.

Psychics believe that the veil between our world and the spirit world is lifted at this time and our relaxed state of minds – especially in a state of deep sleep – may be more susceptible to paranormal activity.”
– Occult Encyclopedia, Devil’s Hour

A shot of the gates of the Buckingham Palace adds to the “occult elite” visuals of the video.

Some readers might ask what the Royal family has to do with the occult elite. The answer is: Everything. 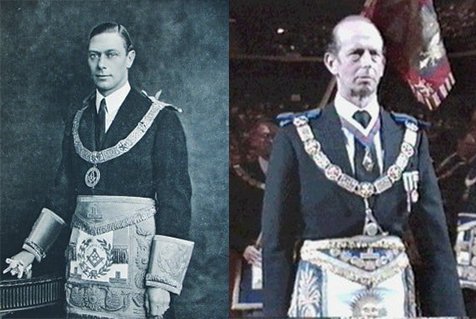 I could go on for days about the tight and long-standing association between the Royal Family and Freemasonry, but this article is about another “queen”, Nicki Minaj.

Considering the occult context of the video, the following scene takes on an even stranger meaning.

Minaj sits on the Westminster bridge. On her dress are some of the elite’s favorite symbols to identify industry pawns: A butterfly (representing Monarch programming) and all-seeing eyes.

This scene was filmed only days before the Westminster Bridge terror attack. It almost seems as if they knew that some kind of dark occult ritual was about to take place in this very spot. The fact that this video was released shortly after the attack did not sit well with some people who did not appreciate the fact that the footage of Minaj posing on the bridge, like some kind of occult queen, was not removed from the video.

In another scene, Minaj wears a bright red PVC outfit, conforming to the occult color code that continually appears in mass media music videos. As stated in several previous articles on The Vigilant Citizen, red is the color of blood sacrifice.

Minaj wearing the reddest thing that ever existed.

Another color of the occult code is black – the color of initiation. In the music industry, the color black is nearly always associated with the extreme sexualization of the star.

Minaj is dressed in black lace and looks like a street walker looking for a customer. Hint: She’s not really a queen.

As we are treated to this heavily symbolic imagery, Nicki Minaj disses Remy Ma, claiming that her cosmetic surgery did not make her hotter.

“Sheneneh, you a fraud committin’ perjury
I got before and after pictures of your surgery
Rah took you to her doc, but you don’t look like Rah
Left the operating table, still look like “nah”

To be clear, in this song we’re hearing one female rapper who had major surgery done (including massive buttock implants) ridiculing the results of another rapper’s surgery. Rap is going in bizarre directions.

Then, Drake comes on and shoots a few leftover disses to his one-time rival, Meek Mills. He also does this.

You know what that means.

Then Lil Wayne comes on and reveals to the world that he’s a dinosaur. Some truly thought-provoking stuff.

The video ends with an unsettling scene where Nicki apparently switches between being a dignified queen and a demonic queen. The occult elite also embodies this duality, acting a certain way for the cameras and another way behind the scenes.

They are telling you that they have two faces: one that is adorned with jewels and dignity, another that is hidden with fraud and depravity.

While the lyrics of No Frauds contain hints of typical battle rap, the imagery of the video heavily points to something deeper. Indeed, the video symbolically reveals that Minaj does not need to battle other rappers to secure her position as a “rap queen”. She’s been busy securing her position for years, willingly being used by the elite to carry out its agenda, complete with occult imagery, MKULTRA references, and so forth.

As long as she’s the elite’s pawn, she will, by default, get the financial backing and media exposure required to remain on top of the game. However, all of this comes at a price. Indeed, as seen above, Minaj is essentially a pretty puppet, dancing in pretty clothes, wearing the borrowed jewelry of her masters who force her to celebrate their occult rituals, blood sacrifices, and mind control. And once you step into this realm, there is no coming back. As Nicki sings in the song’s hook, you gotta:

“That Poppy” : The YouTube Star Under Illuminati Mind Control