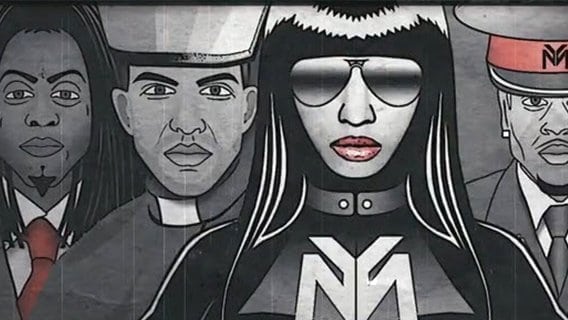 The lyric video of the song “Only” depicts Nicki Minaj as a dictator in a Nazi-like setting. Her acolytes Lil Wayne, Drake and Chris Brown represent various branches of the occult elite. Why would rappers want to glorify a regime that killed and oppressed millions – especially minorities? Because they are puppets of the elite – and the elite secretly loves oppressive dictatorships. 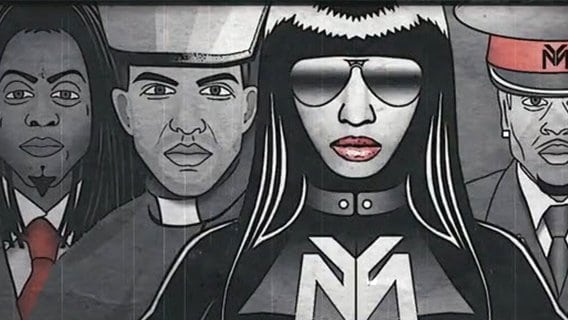 Lyric videos are usually simple videos that display the lyrics of a song. Leave it to Nicki Minaj and her crew to turn a lyric video into an upsetting nod to violent dictatorships and a tribute to their elite overlords. After “channeling” the convicted child molester Roman Polanski with her “alter-ego” Roman Zolanski, Nicki Minaj now plays the role of literally Hitler. While some might say that the video is  “a way to tell yall that Young Money runs the rap game”‘, it is not. The only reason Young Money is getting major exposure is because its “artists” are actively pushing the elite’s Agenda (see my numerous articles on Nicki Minaj and Lil Wayne). It is also worth mentioning that the dictatorship emulated in that video sent millions of people to concentration camps and massacred most of them. And that only happened a few decades ago. Who would want to be associated with that? Nobody, except Illuminati pawns who are told what to do. The occult elite has always secretly approved of Nazi Germany’s ways (see how Operation Paperclip brought 1500 of Nazi workers to America). And, through the gradual denial of basic rights and freedoms combined with increased police state tactics, the elite is actively looking to steer America back in that direction. Nicki Minaj’s video is attempting to make that entire awfulness seem cool and sexy somehow.

Only is however not only World War II Germany. It is about today’s occult elite and its totalitarian tendencies. Each artist in the song portrays a “branch” of the elite – an “angle” from which they control the masses. Rap used to be about “fighting the power” – it is now about “serving the power”. For this reason, Nicki Minaj, Drake, Lil Wayne and Chris Brown are portrayed as heads of an oppressive, dictatorial and militaristic regime – which is where the elite wants to lead us.

All dictatorships need a charismatic leader that the ignorant masses will fear and idolize. This role is played by Minaj.

Minaj is standing in front war planes about to wage war somewhere. Yes, apparently, war is now cool. An antenna used to spread her propaganda.

When Minaj says “Yo”, the sound emits from the antenna and turns the world red. This represents how politicians spread the propaganda of the elite that stays in the shadows.

This is a replica of the Brandenburg gate during Nazi Germany. The only difference is that we see the logo of Young Money on the banners instead of a swastika … and there’s Minaj’s surgically enlarged behind atop of it. 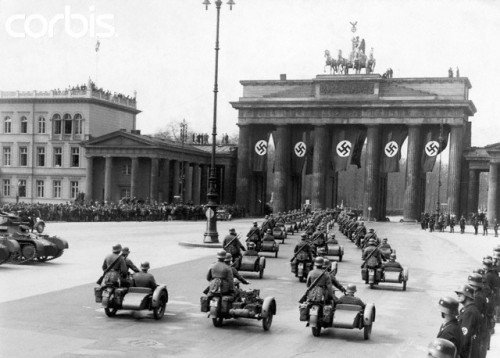 On each side of Minaj are dark cloaked figures. Are they the shadowy elite secretly controlling the charismatic leader?

The elite relies on a high tech military might to invade countries and oppress its own people through a military police. Chris Brown plays the role of the General.

Chris Brown as a General standing in front of assault weapons.

Notice that Chris Brown is wearing the uniform of an American general – hinting that the video is about a modern day dictatorship. It is about the occult elite looking to bring a New World Order. Other images point towards the same direction.

Images of modern missiles blasting off are shown while Chris Brown is singing. Are we that brainwashed that we’re expected to “groove” while watching missiles exploding?

On several occasions, we see images of CCTV cameras filming you, the viewer. High tech surveillance is an important part element of the NWO.

There were no surveillance cameras during WWII. Showing CCTV cameras lets you know that it is all about the police state the elite is trying to bring about right now. In the past few years, there’s been a constant effort to show surveillance cameras in music videos to normalize their existence. They want you to stop noticing that Big Brother is watching you.

Why is Drake, who is Jewish, taking part in a video that is greatly inspired by Nazi Germany? Is he aware that, if he lived in Germany during World War II, he’d be sent to a concentration camp to live in horrific conditions until his execution? Anyways, in the video, Drake is dressed as a Catholic priest but his “Church” is not about Christianity – it a State religion created by the dictatorship. 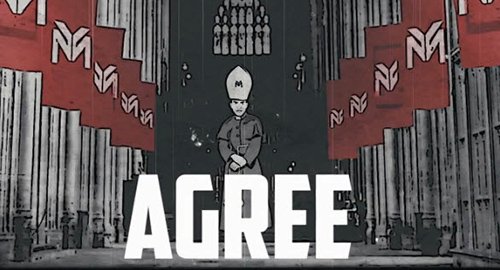 The logo of YM is on the banner inside the Church (and on Drake’s pope hat) indicating that this religion was created to serve the interests of the dictatorship.

The book of Young Money. It is probably filled with terrible rap lyrics.

Is there a more corporate looking person than Lil Wayne? The answer is: Yes, there is. Lil Wayne nevertheless represents mega-corporation who are owned by the world elite.

Lil Wayne in a power suit inside a boardroom about to make important business decisions.

Mega-corporations are the “business branch” of the elite and have a say on international decisions (research corporation CEOs who attend Bilderberg and Trilateral Commission meetings). These corporations own the means of production of several industries and own nearly all media outlets.

YM logo on billboards let you know that the elite uses mass media to promote its dictatorship as if it was a product.

The lyric video of Only caused controversy due to its nod to Nazi Germany. But it goes further than that. It is about a modern day dictatorship, complete with high tech surveillance, advanced military weaponry, and mass media propaganda. In short, it is about the various ways today’s elite is trying to bring about a totalitarian government to the world – the New World Order. Although the video makes the artists appear powerful and in control, they remain pawns, used to put an “attractive” face to the regime the elite is attempting to bring about.

Why would these artists accept to be associated with war, oppression, death, human suffering, and militaristic madness? Because nobody asked for their political views, they do as they’re told. And that’s is what Young Money is truly about.

The 2014 American Music Awards Were Littered With Illuminati Symbolism