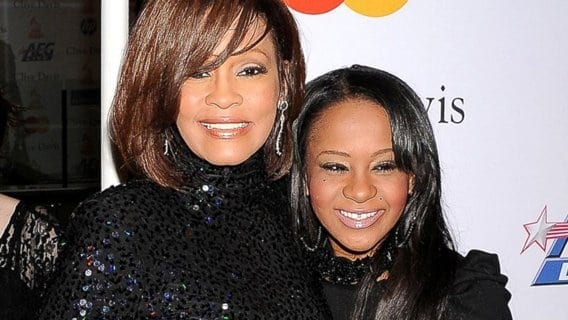 Bobbi Kristina was found by her husband Nick Gordon who revived her by performing CPR. She is now in a medically induced coma.

Whitney Houston’s daughter, Bobbi Kristina Brown, is on a ventilator and in intensive care, after she was found facedown and unresponsive in a bathtub full of water, a source close to the family said.

Brown, 21, was placed in a medically induced coma and the status of her brain function won’t be known until the sedatives are reduced, the source told CNN.

“It is going to be a waiting game,” said the source.

Brown “was not breathing” when a man identified as her husband found her Saturday morning inside her townhouse in the Atlanta suburb of Roswell, Georgia.

The spokeswoman said when Brown was found, she was “unresponsive, meaning not breathing, no heartbeat.”

In scanner traffic, emergency services could be heard describing an “ECHO-level response” — urgent and life threatening — with “possible cardiac arrest.”

Brown was taken to a local hospital, where “she is still alive and breathing. Other than that, I don’t know her condition,” Holland said Saturday.

Nobody knows what caused Brown’s unresponsiveness, Holland said, but police consider it a medical incident at this time. She said investigators had found nothing to indicate it was drug- or alcohol-related.

According to the same article, police had been to the residence a week before the incident.

Police had been to the residence recently. Somebody reported a fight there January 23, but nobody answered the door and officers found no evidence of an altercation, Holland told CNN.

The police spokeswoman noted one oddity in the case: “Her mother died in the very same manner.”
– Ibid.

Bobbi Kristina’s mother Whitney Houston was found dead on February 11th 2012, in a hotel room while a pre-Grammy Awards bash was taking place in the same building. In my article entitled Whitney Houston and the 2012 Grammy Awards Mega-Ritual, I listed the great amount of strange facts surrounding her death, including the presence of shady music industry handler Raffles van Exel around and inside her hotel room before and after her death.

In the wake of her death, legendary diva Chaka Khan summed up what happens to artists who fall out of the grace of the music industry.

“I think we all, as artists, because we’re highly sensitive people, and this machine around us, this so-called ‘music industry,’ is such a demonic thing. It’s sacrifices people’s lives and their essences at the drop of a dime … I had a manager once say to me, ‘ You know you’re worth more money dead than alive.’

A few weeks later, Bobby Brown’s sister Leolah went on record and stated “I believe Whitney’s death was not accidental” (see my full article about her here). She also added that Bobby Kristina was “not safe”. That was three years ago.

Bobby Brown’s sister, Leolah Brown, is speaking out for the first time since Whitney Houston’s death, defending her brother and sending a warning to Bobby & Whitney’s daughter — Bobbi Kristina.

“I am concerned about my niece Bobbi Kristina, yes,” Leolah told Access Hollywood of her 18-year-old niece, who she refers to as “Krissy.” “Krissy is not safe right now. I want to say to Krissy that it’s very, very, very important that she does not trust anybody at this time. Anybody except her father, her grandmother Cissy and myself. And I mean that.

“Right now is the time to just really shut the door,” she continued.

Leolah and her attorney, Reginald Mason, remained unspecific about who may try to harm Krissy.

“There are persons that possibly would want to take advantage of Bobbi Kristina’s fragile state of mind,” Mason claimed.

Leolah claims her brother Bobby is not doing well, but says he is not to blame for Whitney’s demise.

“Bobby has nothing, nothing at all to do with Whitney’s death,” she told Access.

While awaiting toxicology results to determine what killed the singer, Leolah told Access that she has reached out to the Beverly Hills Police Department to make sure they do a thorough investigation.

“I believe Whitney’s death was not accidental. No,” she claimed.

According to Leolah, what then killed the singer?

“My attorney has advised me not to get into that at all,” she told Access. “But, it’s very important to know that she did not just pass away like that. No. And if it’s the last thing that I do, I’m going to find out what truly happened to my sister.”
– Source: Yahoo! News

Bobbi Kristina is currently on ventilator and, while she is currently alive and breathing, there is currently no information on whether or not she fully recover from this strange “accident”. Let’s hope that history won’t repeat itself.

Hello Barbie : The Creepy Doll That Spies on Kids … and their Parents