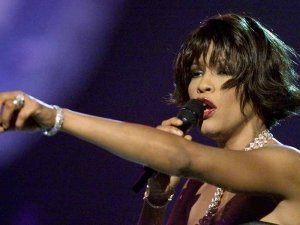 As someone who grew up during the peak Whitney Houston’s career, witnessing her downfall and, yesterday, her untimely death, has been difficult. Blessed with arguably the biggest voice ever heard in the music industry and endowed with a fiery personality that matched it, Whitney was the archetype of the diva superstar. Her song I Will Always Love You is now the ultimate song for aspiring singers to showcase their talents. However, no matter who attempted to take on that on that song, they exposed themselves to the same comment: “Good, but not as good as Whitney”. She was the personification of pure, God-given talent.

Unfortunately, the saying “The higher they fly, the harder they fall” has applied to Whitney all too well. The young girl who got discovered while singing in a church choir and who went on to become most awarded female act of all-time descended into a fiery hell of drugs, abuse and trauma.  Upon learning about her death, I immediately recalled a particular interview that disturbed me. It was the lengthy interview she gave Oprah in 2009, where she described her drug usage and her tumultuous relationship with Bobby Brown. While her words were unsettling, it was her entire demeanor that got to me. The diva personality was gone. The fire in her eyes was extinguished. She simply wasn’t the same person I saw during the 90’s. When she took the stage to sing her new single, the heavenly voice we expected to come out wasn’t there. It was as if her soul was sucked out of her.

Watching her discuss with Oprah, I kept asking myself: “What the hell happened to Whitney?” Most people would immediately reply “drugs”. She did go to a few treatment centers for celebrities. But I had the sick feeling that there was more to it. Her eyes betrayed deep psychological and even spiritual trauma. Marijuana and cocaine, the two drugs she admitted using, do not make people this way. Even if she did crack or whatever other drug, there was something else in her eyes and I felt that Whitney was holding back the true cause of her downfall. I asked myself: Was she under mind control? Was there an occult ritual, black magic or outright, literal selling of her soul involved there? Did her “contract with unseen forces expire”? Was Bobby Brown her handler?  This portion of Oprah’s interview particularly struck me and, when I first learned about her death, this automatically came to my mind:

Oprah: Did you think something was gonna happen in those drug-crazed, drug-filled days where you’re sitting for hours and days?

Whitney: There were times when he (Bobby Brown) would smash things, break things in the home. Glass. We had a big, big giant portrait of me and him and my child. He cut my head off the picture. Stuff like that. And I thought, “This is really strange.” So I figured, cutting my head off a picture, that was a little much for me. That was one sign.

And then there were other things like he started to paint in my bedroom eyes. Just eyes. Evil eyes that were looking at every point of the room.

Oprah: He started to paint on the walls?

Whitney: Yeah. The rugs. The walls. The closet doors. If I opened the door, there would be one picture. Then I’d close them and there would be another picture and eyes and faces. It was really strange. …

Oprah: What are you doing with all of that?

Marijuana and cocaine can make people do crazy things, but this kind of behaviour was symptomatic of something a lot deeper. The cutting of one’s head and “evil eyes” are two obsessions of mind control victims (and/or spiritually disturbed people). Whatever the case may be, something awful happened to Whitney Houston in the years following her success. But what? What was Bobby Brown’s role? Difficult to say. In the same Oprah interview, Whitney described her mother’s attempts to rescue her.

Whitney: She said, “It’s not worth it.” She said: “If you move, Bobby, [the sheriff will] take you down. Don’t you make one move.” And he stood there like he was scared.

And she said: “Let’s go. Let’s do this. I’m not losing you to the world. I’m not losing you to Satan. I’m not doing this. I want my daughter back. I want you back. I want to see that glow in your eyes. That light in your eyes. I want to see the child I raised. And you weren’t raised like this. And I’m not having it. So you make a choice, and you make it here today because I have a court injunction that says you have to go.” …

Now, the day before “music’s biggest night”, Whitney was found dead in strange circumstances (apparently drowned in her bathtub) at age 48. As usual, drugs were almost automatically mentioned as a cause of her death. However, as it was the case for Michael Jackson, Amy Winehouse and so many others, the investigation will probably be a long tedious process, full of vague statements and many contradictions. There are already reports of Whitney acting erratic in the hours before her death.

“First she first visited Brandy, Monica, and Clive Davis at rehearsals for the mogul’s pre-Grammys party, where a Los Angeles Times reporter described her as reeking of alcohol, “visibly bloated,” and “disheveled in mismatched clothes and hair that was dripping wet with either sweat or water.” According to the Times, when Houston wasn’t mugging and gesticulating wildly for Brandy and Monica — who were doing a media junket, as well as preparing a duet — she was alternately skipping around the lobby or “wandering aimlessly” around the Beverly Hills Hotel grounds. Reportedly, guests had even called security to report the singer doing handstands by the hotel pool.

Houston’s Thursday was about to get worse… way worse. That evening, she attended a party headlined by Kelly Price at the Tru nightclub in Hollywood. As she exited, seeming  intoxicated, photographers took close-ups of her legs, which appeared to be spotted with blood streaks, along with scratches on her wrists.”
– Yahoo! News, Whitney Houston’s Tumultuous Final Days

Despite her death at the fourth floor Beverly Hilton Hotel, the traditional pre-Grammy show, with its glamour and glitz, took place at the same location…while her body was still there. As they say in showbiz, “the show must go on”. The show will indeed go on and I’m somehow reticent to see the kind of tribute the industry music is reserving her. If Michael Jackson and Amy Winehouse are any indication, those who fall off the grace of the industry do not get a proper tribute…but a celebration of their sacrifice.

Was Whitney’s death an actual sacrifice or simply the result of years of abuse? The same question applies to countless artists who died too soon and in bizarre circumstances.

FacebookTwitterSubscribe
Related Topics:sacrificeswhitney houston
Up Next

Unmanned Drones to Patrol U.S. Skies in Near Future