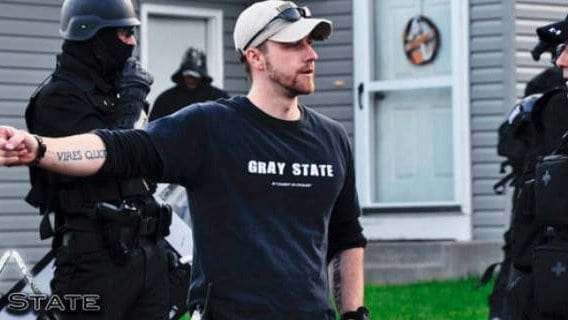 David Crowley, the director of “Gray State”, a movie about the New World Order and the occult mind-state of the elite was found dead in his home, along with his wife and young daughter. The Dakota County Sheriff’s Office stated that the deaths appeared “suspicious”.

David Crowley wrote and directed Gray State, an unfinished movie about the militarization of  police, the imposition of a martial law, high tech surveillance, RFID chips and the occult mind-state behind it all. The movie’s Facebook page states that the story is about “a wounded veteran who leads the insurgency against a corrupt Government after nationwide martial law has been declared.” Here’s the concept trailer of the movie.

In a 2012 InfoWars interview, Crowley stated that he felt it was his responsibly to spread the message about the possibility of a United States decline in wake of a New World Order. The interview describes the film as “a highly-anticipated independent film envisioning a brutal police state, martial law crackdown, complete with biometric identification, a ubiquitous surveillance state, and FEMA storm-troopers rounding dissidents up into camps.” 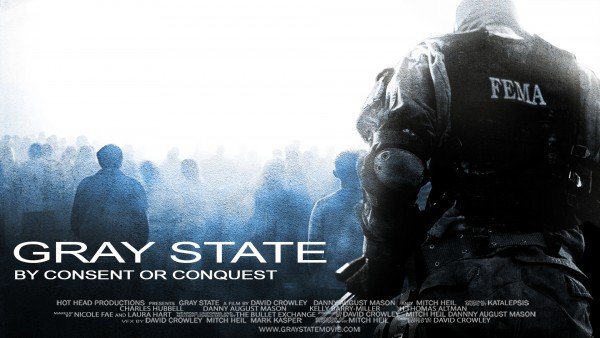 A poster of the unreleased movie Gray State.

On January 17th, the bodies of David Crowley, his wife Komel and their five year-old daughter were found at their home.

The bodies of David, Komel and their daughter were discovered on Saturday by the Crowley’s next-door neighbor, Collin Prochnow. It was reported that the bodies had been inside the home for several weeks. Prochnow said that he had not seen any activity in the Crowley’s home since around Christmas, and he had initially assumed the family was traveling during the holidays. Prochnow said that packages were accumulating on the home’s doorstep and noticed that the lights inside the house were on day and night, so he decided to check on the family’s wellbeing over the past weekend.

Prochnow looked through a window of the house and discovered three bodies, along with a handgun, laying on the floor. A dog, which was alive, was also present. Audio from police radio obtained by MnPoliceClips.com revealed that police had found “several obviously deceased bodies in the front” of the home and there was a “very angry dog inside.” Police stated that the situation appears to have been a murder-suicide.
– Deaths Of “Gray State” Director And Family Under Investigation, Ben Swann

The deaths of Komel and the little girl were ruled as a murder while Crowley’s death was ruled as a suicide. A handgun was found next to his body.

Apple Valley police Capt. John Bermel noted a few suspicious details, notably that there was no sign of violence or struggle on the crime scene and that a sliding door on the back had been unlocked and “slightly ajar”.

Apple Valley police Capt. John Bermel said that the medical examiner’s office did not find physical signs of a struggle on the bodies or inside of the home. Bermel also pointed out that the house was intact, although recorded audio of police had stated upon discovery of the bodies that a sliding door in the back of the Crowley’s house had been unlocked and “slightly ajar”. Bermel said “If there was a scuffle, you’d expect to find maybe something broken, maybe something knocked over.”

Investigators stated that the last “verified activity” in the home was in late December.

Bermel said “What we’re realizing now is that there was some amount of substance use there, some financial stress and – as we’ve seen in some of the (news) stories — what we’re learning is there was starting to be some isolation,” although Bermel did not expound on the type of substance use. “What I can tell you is we are getting some indications of what may have contributed to this,” Bermel said.

Charlie Hubbell, an actor who appeared in the “Gray State” trailer, told Twincities.com that David Crowley “seemed more grounded and focused than would lend itself to anything chaotic.”

“The entire time I worked with him there was nothing aggressive or chaotic or strange or abnormal. He was one of the ones I was hanging my hat on, one who was going to succeed,” Hubbell said.
– Ibid.

While preliminary police reports state that Crowley resorted murder-suicide after months of depression and isolation, other observers believe that  he was killed by the very system his movie was opposing. Investigation is still underway.

Related Topics:david crowley
Up Next