The Independent Spirit Awards “is the premier awards event for the independent film community”. While it is theoretically an alternative to the “Hollywood mainstream”, the event is nevertheless attended by a whole lot of “Hollywood mainstream” people. In fact, its red carpet event was a typical parade of Hollywood stars wearing designer clothes. 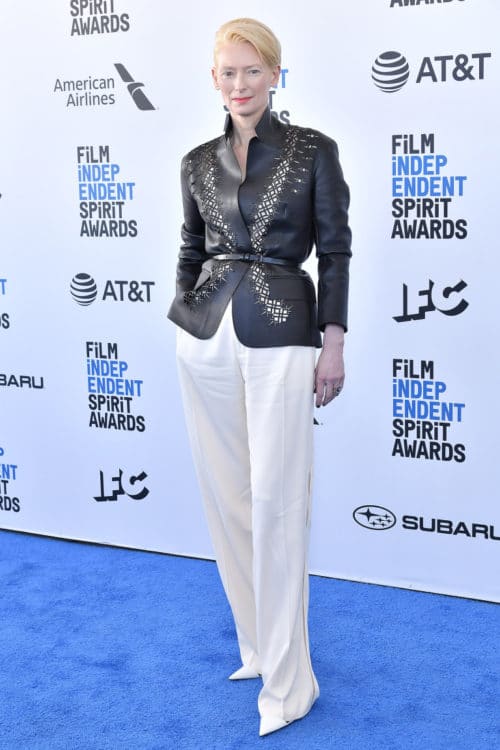 The event’s proximity to Hollywood is not only figurative. It is literal: It took place in Santa Monica which is a short drive from Hollywood.

In a nutshell, the whole “independent film awards” thing is basically another tentacle of the giant octopus that is the entertainment industry. The same people are at the top and the same agenda flows through it. And the cold open of the Independent Spirit Awards couldn’t exemplify this fact in a more striking matter.

Although it is meant to be a silly comedic skit, the cold open managed to sum up Hollywood’s disgusting underbelly in four minutes.

Host Aubrey Plaza and her coven kick off the 2019 Film Independent Spirit Awards the only way possible: ancient rituals and virgin sacrifice!

The video begins with Aubrey Plaza’s coven entering a cave.

Plaza tells her “sisters” gathered on the “unholiest of afternoons” to “conjure the film independent spirit.” She adds:

“Through this ancient ritual, we shall reject commercial cinema and pledge our souls to the pursuit of dangerous art”.

Then Henry reminds Plaza that they both just did a new Chucky movie together. The joke is that the movie is basically a lazy reboot. Speaking of witch (not a typo), let’s take a look at the official poster of Audrey Plaza’s upcoming movie Child’s Play. 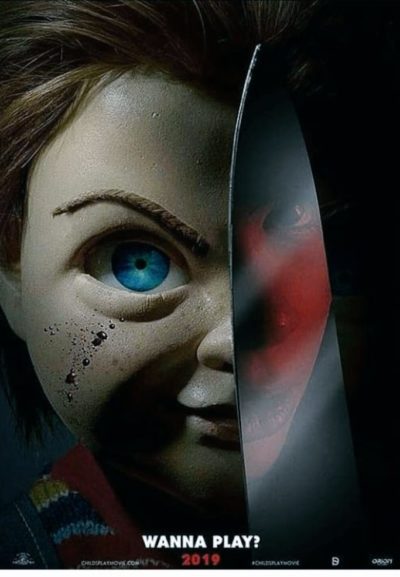 Chucky has one eye hidden. Not surprising. After all, it is a mainstream Hollywood movie.

Then Plaza calls for the “virgin sacrifice”. Sharon Stone pops out of nowhere with the virgin: Finn Wolfhard from Stranger Things. Sharon says:

“I told him I was giving him a ride to Gamestop.”

LOL! Preying on minors is amazeballs!

In past articles, I (sadly) predicted that the child stars of Stranger Things would end up in some stranger … things. Him playing the role of a virgin sacrifice for a bunch of Hollywood witches is one of them.

As Plaza prepares to stab Wolfhard, he yells that he is not a virgin, that all women love him and that he’s a “four-quadrant cutie”. This whole discussion about the sex life of a 16-year-old boy is rather weird.

Sharon Stone then says that she can get another virgin.

How come Sharon Stone has access to so many virgins? Does she have a source for Hollywood virgins? This is all rather creepy, especially considering the actual child-exploitation rings that exist in Hollywood involving high-level directors and movie stars.

Then Plaza grabs a pair of scissors and violently stabs Wolfhard about ten times as the witches laugh. Plaza yells:

“Spirit, come to me! Make me your host!”

Plaza’s face becomes all bloody as she’s possessed by the “spirit”.

Then, with the voice of some kind of demon, Plaza screams “Let the Independent Spirit Awards begin!”. LOL. That was amazeballs.

This movie awards ceremony began with a coven of powerful witches performing a blood sacrifice in the name of the industry. Not unlike the Netflix series Chilling Adventures of Sabrina, the skit portrays the witches’ coven as a cool sisterhood that draws power from black magic.

The skit then trivializes the fact that the Hollywood elite actually preys on youth, abuses them and even sacrifices them. Here’s a question: Would this skit be deemed “funny” if five middle-aged men were sacrificing a 16-year-old girl? And that one man said: “I can get another virgin”? Probably not.