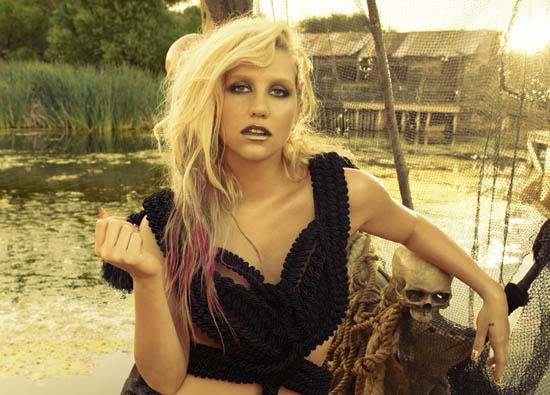 In the wake of the Sandy Hook shooting, radio stations across the country are dropping Ke$ha’s single Die Young from their playlist. The song’s constant repetition of the words “we’re gonna die young” is now apparently deemed inappropriate for airplay. As I’ve stated in The Illuminati Symbolism of Ke$ha’s “Die Young” and How it Ridicules the Indoctrinated Masses, the entire imagery of the video and of the live performances that accompanied the song were about glorifying death and ritual sacrifices. All of this was interlaced with Illuminati symbolism, hinting that the whole thing was yet another way of the elite to push a culture of death on the masses.

In reaction to this backlash, Ke$ha took to Twitter and posted an unexpected comment: “I did NOT want to sing those lyrics and I was FORCED TO.”

This tweet was later deleted because it probably pissed off her bosses.

But who exactly forced her to sing those lyrics? Why was she credited as a writer of the song? As I stated in the Die Young article:

“In reality, Ke$ha didn’t do anything for any LOLs. She did not direct the video. She is just performing what she is told to perform, like most pop stars. The fact of the matter is: Illuminati symbols are becoming more prevalent because that was the plan all along – to gradually make them part of popular culture. The occult elite is revealing itself and the masses are dancing to their tunes.”

Pop stars have no control over their careers, they are puppets used to push Agendas. Die Young was all about celebrating the sick culture of death that is prevalent in mass media today. Ke$ha’s temporary tweet gave us a small glimpse of the coercive and forceful nature of the music industry and how it imposes content on stars.

It apparently took a mass shooting to make some people realize that there is something sick and unhealthy in popular culture. I am not for censorship of any kind, but for people to wake up and reject the crap that is pushed on them. Let’s hope other tragedies won’t be needed to make more people see the obvious.

Related Topics:ke$hasandy hook shooting
Up Next