Kesha’s attempt to escape her contract with Dr. Luke was shut down by the Manhattan Supreme Court despite her claims of being drugged and raped by the producer.

Cutting ties with the occult elite’s music industry is nearly impossible and Kesha’s ordeal is proof of it. After a year-long legal battle with producer Lukasz Gottwald – professionally known as Dr Luke – Kesha was told by Manhattan Supreme Court Judge Shirley Werner Kornreich that she must fulfill her obligation to record six more albums with him … or end her career. Kesha is indeed locked into an exclusive contract with Luke (owned by Sony) which means that she cannot record with anybody else until the contract is fully honored.

As stated in my article Kesha Sues Producer/Handler Dr. Luke for Abuse Almost Leading to Death, Kesha’s original lawsuit describes a typical handler/slave relationship, one that is widespread throughout the entertainment industry.

“At eighteen years old, Ms. Sebert was induced by DEFENDANT LUKASZ SEBASTIAN GOTTWALD (a.k.a. “Dr. Luke”), a successful music producer, to drop out of high school, leave behind her family, home, and life in Nashville, Tennesse, and come to Los Angeles to pursue a glamorous career in the music industry.

For the past ten years, Dr. Luke has sexually, physically, verbally, and emotionally abused Ms. Sebert to the point where Ms. Sebert nearly lost her life. Dr. Luke abused Ms. Sebert in order to destroy her self-confidence, self-image, and self-worth so that he could maintain complete control over her life and career.”

It also describes some cases of abuse:

“Ms. Sebert took the pills and woke up the following afternoon, naked in Dr. Luke’s bed, sore and sick, with no memory of how she got there. Ms. Sebert immediately called her mother and made a ‘fresh complaint,’ telling her that she was naked in Dr. Luke’s hotel room, she did not know where the clothes were, that Dr. Luke had raped her, and that she needed to go to the emergency room. (…)

It also describes the stranglehold Luke had over the young pop star.

Dr. Luke repeatedly threatened that if she ever told anyone about these abusive incidents, he would destroy both Ms. Sebert and her entire family. (…)

“He would tell Ms. Sebert that she was nothing but his pawn, and if she did not obey his orders, that he would end her career”

The judge however rejected the claims stating:

“You’re asking the court to decimate a contract that was heavily negotiated and typical for the industry.”

Kornreich heard arguments that Dr. Luke had invested a substantial amount — $60 million in her career — and that the producer had agreed to allow her to record without his involvement. The judge told Geragos that “decimates your argument,” adding, “My instinct is to do the commercially reasonable thing.”  Kornreich spoke of the lack of medical evidence such as hospital records to corroborate the assault allegations. “I don’t understand why I have to take the extraordinary measure of granting an injunction,” she said.
– Hollywood Reporter, “Judge Won’t Let Kesha Escape Dr. Luke Contract” 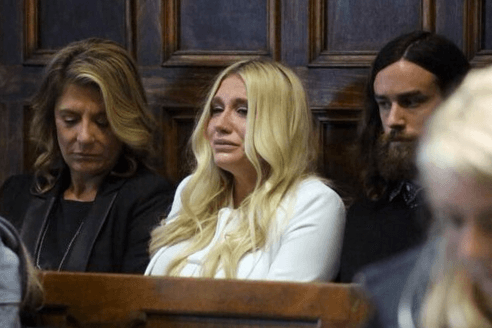 Therefore, despite allegations of drugging, abuse and psychological torment, Kesha must continue to record under Dr Luke’s contract or call it quits (with probable penalty).

Although I am aware that some unscrupulous people have used baseless rape allegations to spite and destroy other people, I believe there is a lot of truth to Kesha’s claims. Why would a fledgling pop star want to cut ties with one of biggest hit makers in the world in such a desperate matter? The lawsuit isn’t even about jail time or financial compensation, it is simply about ending a contract and cutting ties.

So, the next time you sign this sign, know that it is not simply about looking cool, it is a sign of complete submission to a dark and cruel industry. 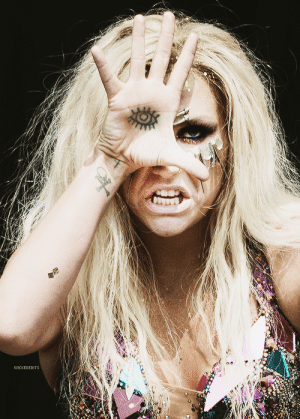