This cartoon from the 1930s is all about initiation into an occult secret society.

This short video from the 1930’s features beloved cartoon characters and is described on YouTube as “creepy” and “disturbing”. The cartoon is indeed very dark and bizarre but only minimal knowledge of Masonic symbolism is required to realize that the cartoon is all about secret societies and the ordeals an initiate must go through to be accepted. To the symbol-literate, it’s as blatant as it gets.

At the beginning of the cartoon, Bimbo (a good name for a non-initiate?) walks down the street without a care in the world. Suddenly, a certain cartoon character traps Bimbo down a manhole. 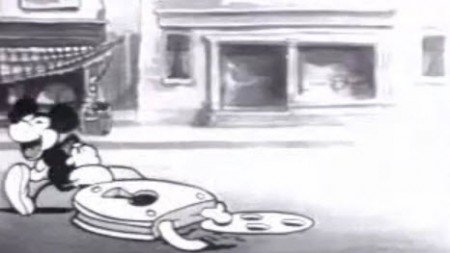 Bimbo gets trapped…Mickey Mouse? Funny how this character is the recruiter that lead to Bimbo’s forceful initiation. Is it a thinly veiled comment on Disney’s Masonic ties?

Bimbo then finds himself in the underground lair of a strange secret society composed of masked men with candles on their heads (symbolizing illumination?). One asks him “Wanna be a member? Wanna be a member”. When Bimbo’s answers “NO!”, he is sent to various sadistic chambers that recall the various ordeals that are imposed on new initiates in actual secret societies. 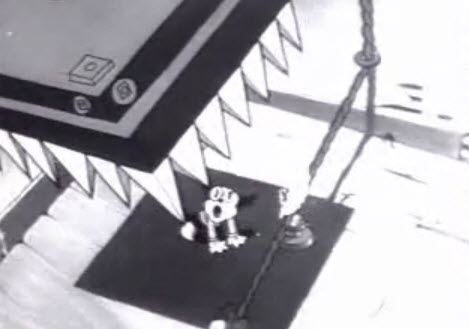 At one point, Bimbo is tricked into thinking he would die. Near-death experiences have been part of secret society initiations since Antiquity. 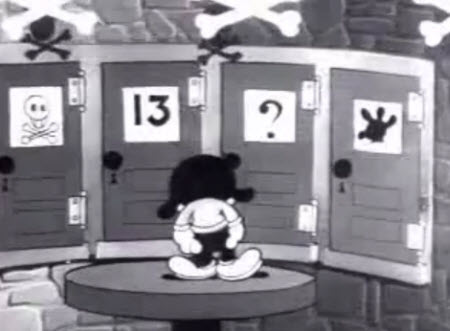 In the ordeal of the “Mystery Door”, Bimbo faces prominent symbols associated with Secret Societies: Skull & Bones and the number 13. 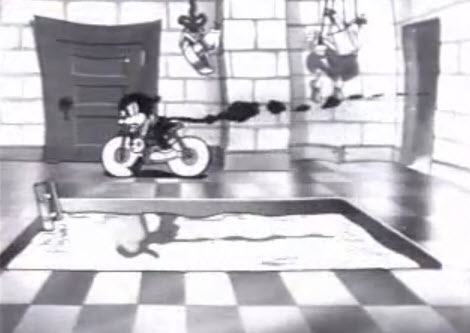 After getting his ass severely spanked, Bimbo finds himself in room with a Masonic checkerboard pattern floor. 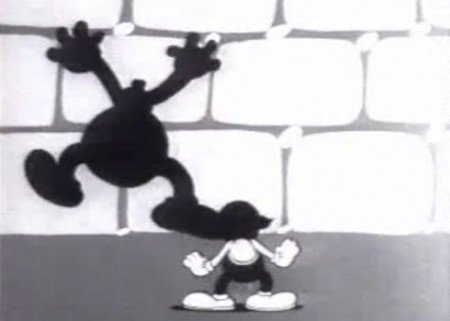 During his terrifying ordeals, Bimbo learns about the illusory nature of the material world, a fundamental concept communicated in occult initiations.

After refusing to become a member several times, the masked man reveals himself and seduces him. 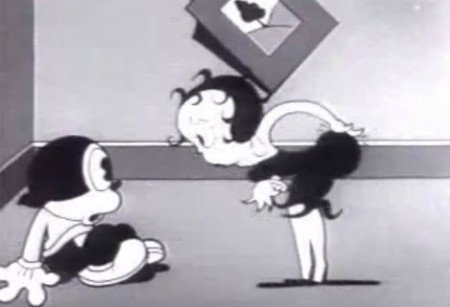 It is Betty Boop! After watching her tap her own behind a few times, Bimbo realized that this secret society was aaaaalright.

When Bimbo finally accepts Betty Boop’s offer, he discovers that all of the members were Betty Boop clones, which makes him very happy. In other words, secret society initiation might be difficult and terrifying but becoming a member provides great rewards.

Looking at the symbolism of Bimbo’s Initiation, we realize that those who produced it were obviously “in the know”. The cartoon is therefore yet another example of occult symbolism that can be seen by all but meant to be fully understood by few.

Michael Jackson to Be “Ressurected” on a Billion Pepsi Cans

More of the Transhumanist Agenda in J-Pop Videos: Perfume’s “Spring of Life”