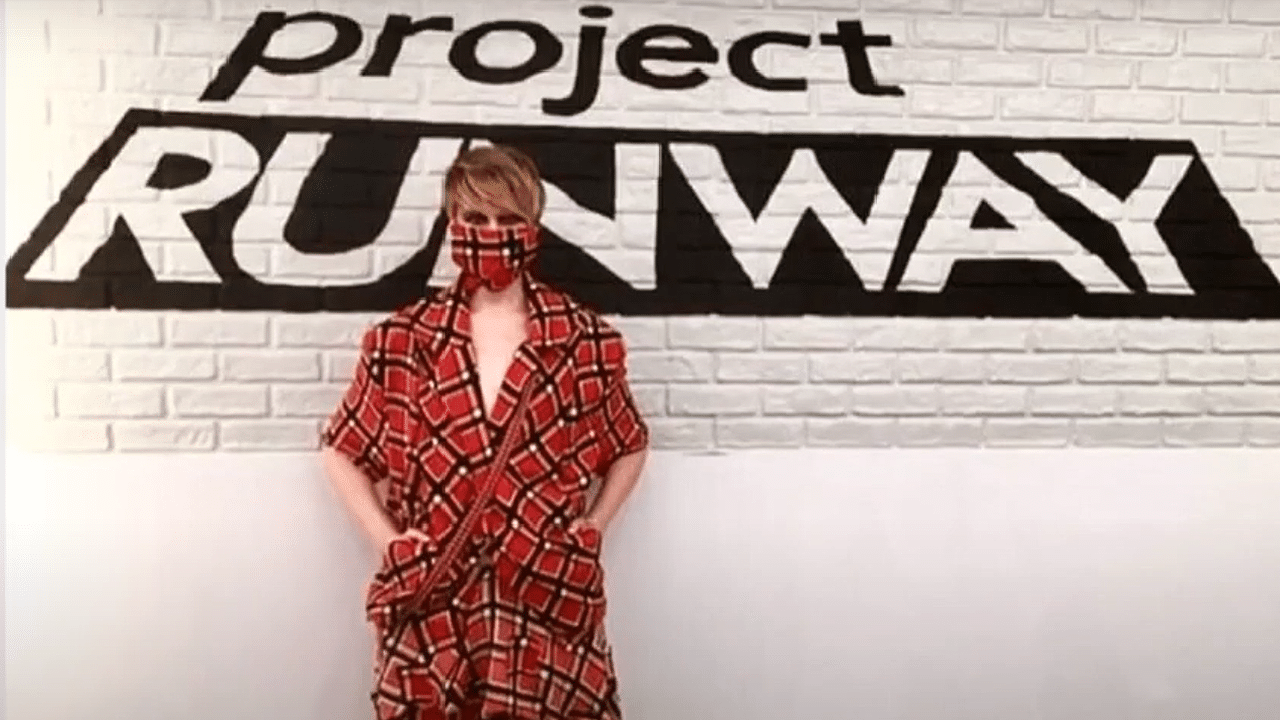 Project Runway is a reality TV show about fashion design where contestants compete to create the best outfits. The show’s finalists prepare complete fashion collections for New York Fashion Week and, ultimately the judges choose a winner. If this description caused you to yawn in a prolonged and aggressive matter, I understand completely.

However, an episode of the 17th season of that show that aired on March 28th, 2019 is (in today’s context) completely mind-boggling.

In one segment, a contestant named Kovid Kapoor proudly presented an outfit that featured a matching facemask. Here’s the video:

In this video, the judge says “I looove Kovid’s look”. It’s almost as if she was talking about the facemask look of the COVID pandemic.

She then asks the model to put the mask back on. When one judge asks “What do you think of this mask?”, another judge answers “It’s sick”. I realize that it’s an expression, but the choice of words remains stupefying. That same judge also says “Can you breathe in there?”.

One year later, a virus named COVID caused governments across the world to force people to wear facemasks. Also, in a weasely and underhanded matter, several un-elected “officials” have been hinting at the fact that mask mandates might remain effective after the pandemic. Since then, countless fashion designers created outfits with matching masks.

Is this all a crazy, insane coincidence? Or is it yet another case of predictive programming? In the past months, I highlighted several pop culture products that predicted COVID-19 in bizarrely accurate detail such as the book The Eyes of Darkness, the movie Contagion, The Simpsons‘ clip about a “cat flu”, and the series Utopia. Is this Project Runway episode yet another example of the elite slyly preparing the public for its plans, maybe on a subconscious level?

At the very least, there appears to be some synchronicity at play here.

Coined by Carl Jung, synchronicity is defined as “the simultaneous occurrence of events which appear significantly related but have no discernible causal connection”. Jung described these events as “meaningful coincidences”. He also believed that they happened for a reason. Perhaps, the universe is, somehow, trying to tell us something. Like, maybe, that there are dark forces at play around this COVID crisis.

FacebookTwitterSubscribe
Related Topics:featuredvideo
Up Next