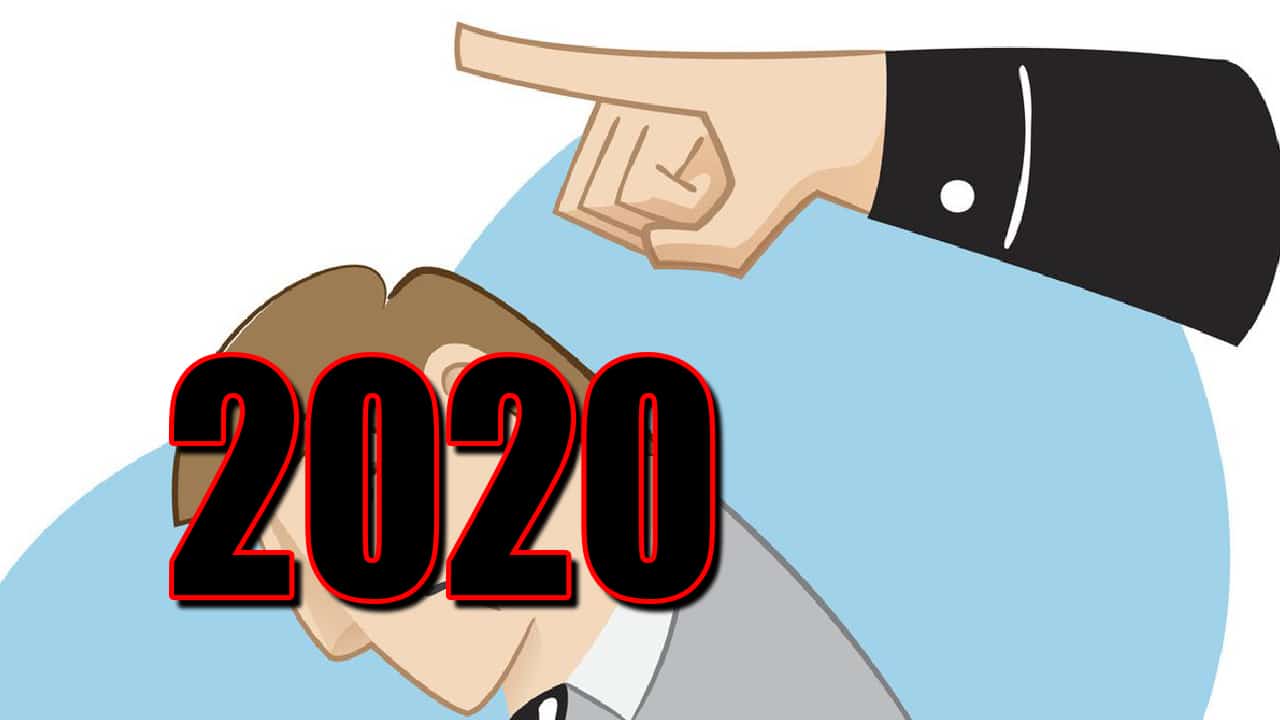 Every holiday season, I like to post an article summing up the events of the past twelve months while attempting to put things in perspective. However, this end-of-year feels like arriving home, exhausted, after a terrible day at work and your spouse is all like “How was your day?” and you’re all like “I DON’T WANT TO TALK ABOUT IT” while throwing yourself headfirst on the couch.

But then, after having dinner and maybe a glass of wine, you realize that you do feel like talking about it. In fact, you’re not shutting up about it. Because you feel the need to analyze everything that went wrong in order to know how to tackle the next day.

As we reach the end of a bonafide annus horribilis (“horrible year” in Latin), it is more important than ever to relax, take a deep breath, and assess what happened this year. Because a whole lot of crap happened. Then a truck came and dropped about two tons of crap on top of it. Then a bird flew by and crapped on it.

Like all horrible days, 2020 felt like it lasted forever. One of the first articles I published this year was about Kobe Bryant’s death in a helicopter crash. That was back in January … but it feels like it happened about a decade ago. Little did we know that our entire world would come crashing down only a few weeks later. 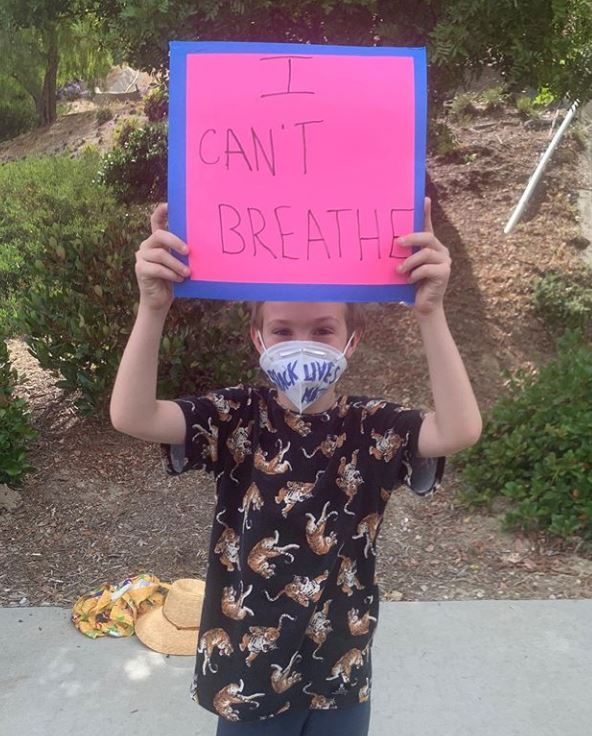 2020 was a suffocating year, literally and figuratively. It all started with COVID panic which caused widespread fear of breathing the same air as other people. Then, it was all about shutting down the entire world because there weren’t enough respirators in hospitals.

For about a month, COVID hysteria stopped miraculously as mass media wanted us to focus on the death of George Floyd who was killed by … asphyxiation. And some of his last words were “I can’t breathe”.

Then it was right back to COVID hysteria and an obsession with putting masks on everyone’s faces, impending the breathing of the entire world.

The never-ending lockdowns also lead to the slow yet steady suffocation of small and medium businesses, putting millions of people out of work while elite-owned mega-corporations raked in billions.

Finally, at the time of writing these lines, Christmas is literally canceled in many parts of the world, and an ever-expanding police state is steadily suffocating what remains of freedom as we once knew it.

A Giant Leap Towards a World Government

Since I am not a scientist, I honestly don’t know if COVID is grossly overblown or not, if lockdowns are truly necessary or not, if masks work or not, or if these vaccines are safe or not. What I do know is that society took a sharp and abrupt turn towards a totalitarian world government this year, in every single way possible.

First, the pandemic drastically altered the role and the functioning of local and national governments. Indeed, as soon as the virus left China, nearly every government body on Earth nominated a “health czar” who was in charge of COVID-related policies. These non-elected individuals openly based their policies on the guidelines set by the World Health Organization, an appendage of the United Nations (the main source of funding of the WHO since the U.S. withdrew its support: The Bill and Melinda Gates Foundation).

Therefore, a direct pipeline was created between the United Nations (a supra-national organization) and local health czars while bypassing duly elected governments. Through these non-elected, WHO-backed czars, a long list of unprecedented measures and restrictions were imposed on the world. And, whether it was intentional or not, these measures appear to be custom-made to weaken, impoverish and demoralize populations on a massive scale.

None of this would have been possible without the complete collaboration of mass media which engaged in a massive campaign of fear and terror while suppressing any opinion or information that was not in line with the elite’s agenda.

For over a decade, The Vigilant Citizen has been documenting the potent yet destructive effects of mass media on the masses. The “Read This First” article of this site (“How Mass Media Shapes and Molds Society“) describes the philosophy of those who invented the science of Communications.

While, at first, mass media was mainly used to create a culture of consumerism, it turned into a whole other monster in the 21st century. As the propaganda arm of the global elite, mass media is now all about fear, hate, division, and unquestioned compliance. “Entertainment” has turned into a cesspool of toxic content that is literally damaging to the mind and the soul.

This year, any illusion of media sources being “fair and unbiased” completely vanished. Tech giants such a Twitter, Facebook, and YouTube engaged in shameless censorship while heavily promoting information that is highly questionable. But guess what they did NOT  censor this year? Cuties, a movie that glorified the sexualization of children. That abomination actually received praise from the same people that want to keep you locked inside your house.

While, in past years, mass media toxicity could be avoided and counter-balanced, the events of 2020 lead to its supremacy. Indeed, severe lockdowns and bans on gatherings effectively dissolved the main competition of mass media: Family, community, culture, tradition, folklore, and religion. Through these social entities, people develop an identity and a value system that acts as a wall against mass media propaganda.

But this year, drastic measures (enforced by police repression) broke up families, groups, and communities. Humans were reduced to a collection of individuals who were encouraged to stay apart, stay home, and consume mass media through screens.

Through oppressive measures and mass media propaganda, the elite took giant steps in achieving these goals:

In short, there’s an all-out, multi-faceted war against humanity that is bent on turning it against everything that is good, pure, and in harmony with nature. By creating a generation of people with no firm values, convictions, and traditions, mass media propaganda can shape and mod attitudes and opinions with no interference.

With all of that being said, there’s actually some good news. First, the annus horribilis that was 2020 is coming to an end. Second, the events of 2020 raised the vigilance of millions of people who suddenly realized that freedom is not granted and that a shady elite is truly looking to create a dystopian world order. Finally, one way or another, this God-forsaken virus will need to subside. And once that happens, the situation will be critical.

In 2020, a bunch of freedom-killing and soul-crushing measures were imposed on the world. They were met with little resistance because many believe that these measures are justified due to the pandemic. However, all pandemics eventually go away. And when this one does, there will be absolutely no reason for any of these measures to remain. And it will be up to us to make sure that EVERY SINGLE measure that was imposed in 2020 to be gone forever.

The IRS was introduced in the United States as a temporary measure. Over a century later, it isn’t going anywhere. Do you want lockdowns, curfews, mask mandates, and state surveillance to become permanent as well? Because some places are already preparing bills to legitimize oppression once the pandemic is gone.

If these awful things do not completely disappear in 2021, we’ll be in a heap of trouble. For this reason, we’ll all need to be  “vigilant citizens” and make sure that every single right and freedom that was taken gets fully restored. And then some.

More Vigilant Than Ever

In 2021, I will do my best to provide information and analysis that will help us navigate this crucial year. The site has met loads of challenges in the past months as underhanded censorship has reduced this site’s visibility in search engines and social media. Furthermore, a great number of articles were demonetized by ad networks in what seems to be an attempt at suffocating this site by killing its sources of revenue.

Luckily, the generous support from Vigilant Citizens worldwide allowed this site to remain online and provided the resources necessary to keep conducting research and creating quality content. So, here’s a gigantic THANK YOU to every single VC reader who sent in a one-time donation, became a patron on Patreon, or purchased the VC e-book. Your support allowed this relatively small yet fiercely independent site to keep going on its mission to open eyes and to promote genuine truth-seeking.

Although I do realize that the articles (and the world in general) were extremely bleak this year, now is not the time to get all down and depressed. 2021 will be a crucial year – one that might define history for years to come.

While 2020 was a true annus horribilis, I’d like to share with you another Latin expression: Annus mirabilis. That means “wonderful year” and that’s exactly what I wish to every single one of you for 2021. You deserve it.

Merry Christmas, happy new year and see you next year!

FacebookTwitterSubscribe
Related Topics:featured
Up Next