In this edition of SPOTM: Billie Eilish, Halsey, Rose McGowan, Lil Wayne, that Netflix show everyone is buzzing about and more proof of the omnipresence of the one-eye sign in popular culture. 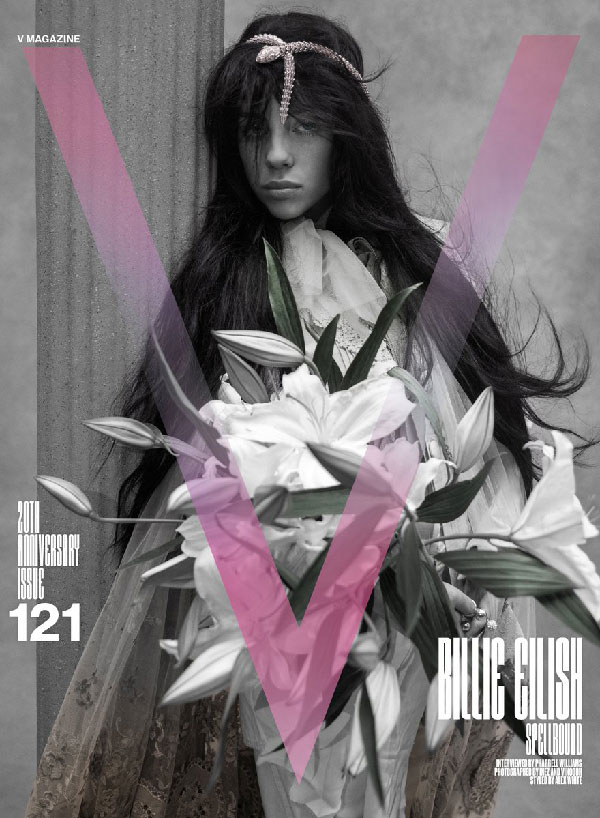 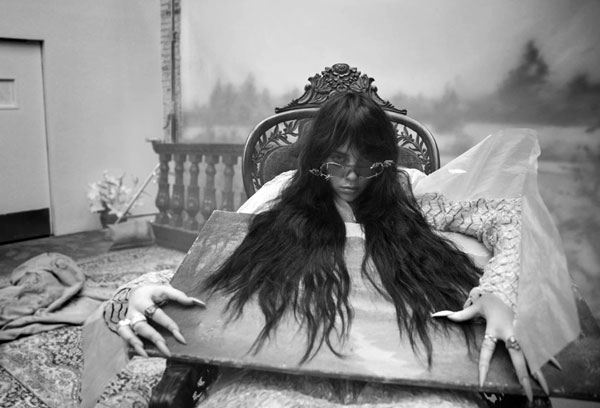 In this pic, she is made to look like some sort of demon one sees during sleep paralysis. The same concept is exploited in her music video bury a friend. 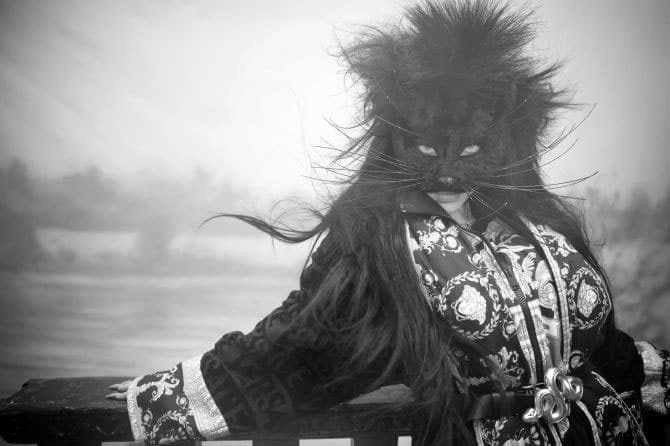 Here, she wears a beta-kitten mask similar to what is used in occult elite masquerade balls. 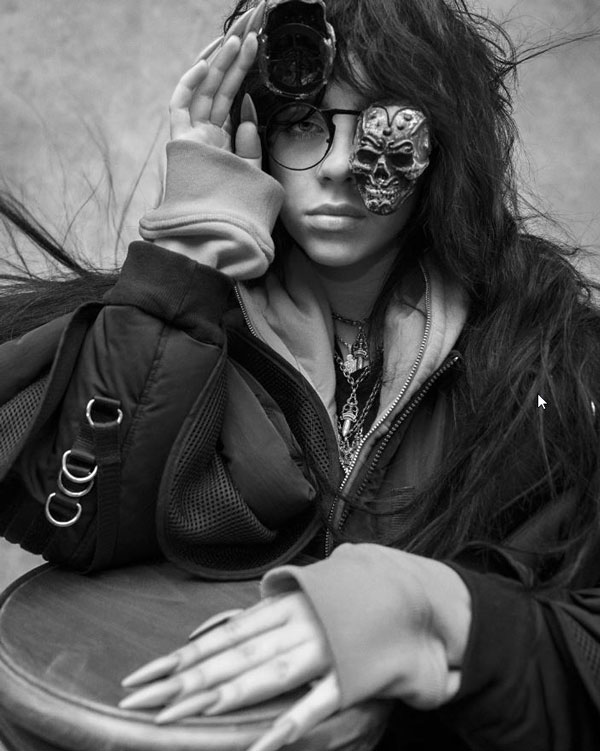 Here, she has one eye hidden using a skull – WELCOME TO THE INDUSTRY BILLIE. (Read the article The One-Eye Sign: Its Origins and Occult Meaning for more info). 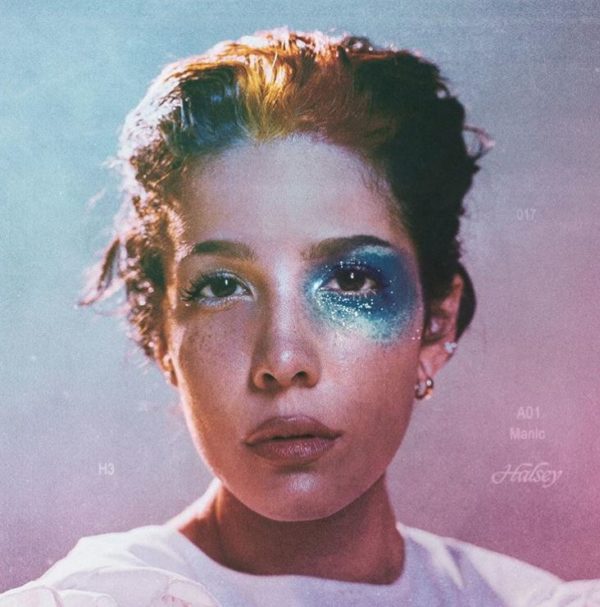 Another pop star, another one-eye sign. This is the cover of Halsey’s new album. It features a “stylized” black eye (glamorizing abuse) which doubles a one-eye sign (glamorizing submission to the industry). 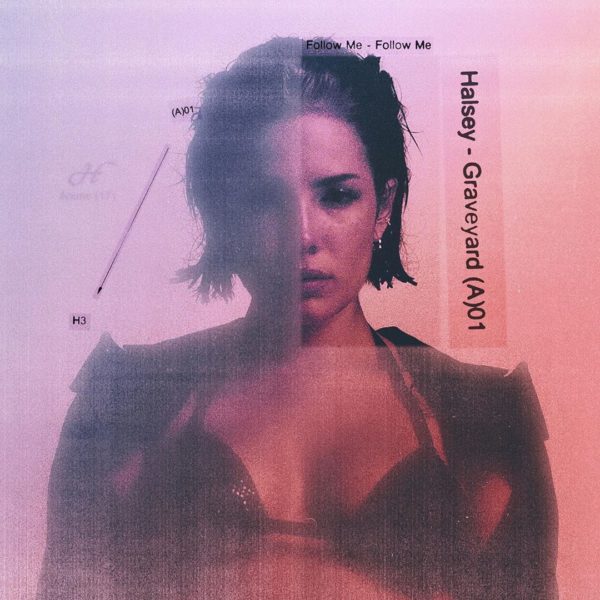 This is the cover art of Halsey’s single Graveyard. One-eye sign again. 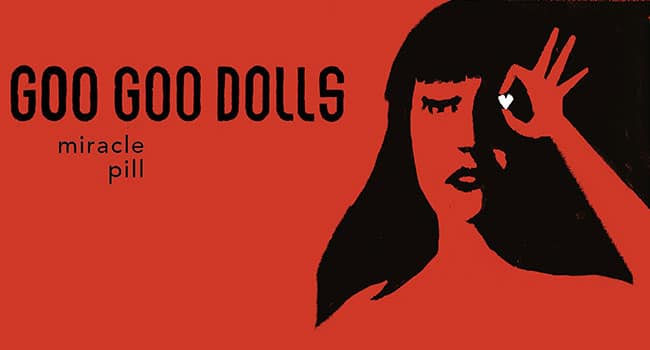 This is the cover of the new Goo Goo Dolls album. It is always sad to see bands who’ve been making music for decades submit to this oppressive symbolism to remain relevant.

Of course, the one-eye sign was all also over magazine covers this month and performed by all kinds of celebrites. 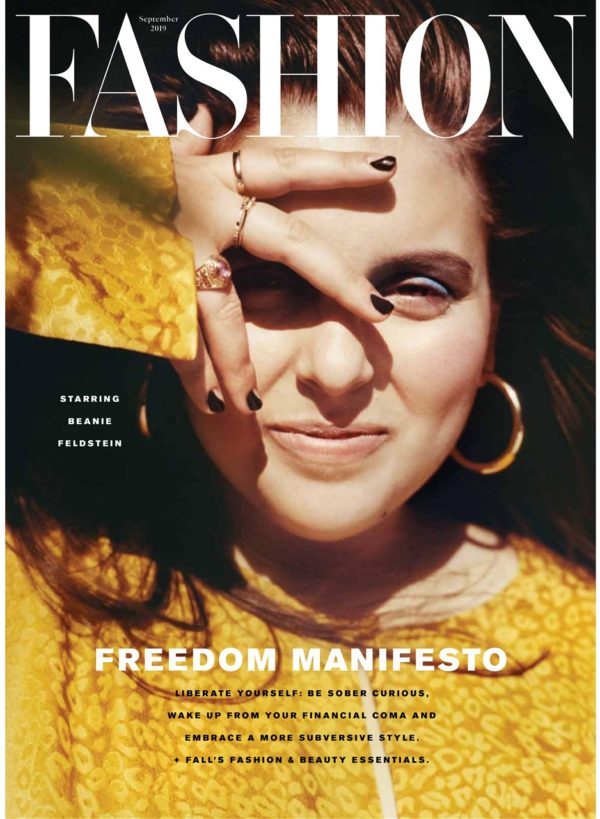 This is actress Beanie Feldstein (the sister of Jonah Hill) on the cover of Fashion magazine doing a big, fat one-eye sign. I like how this sign of total submission is coupled with buzzwords such as “freedom” and “liberate yourself”. Symbols rule the world and words are meaningless. 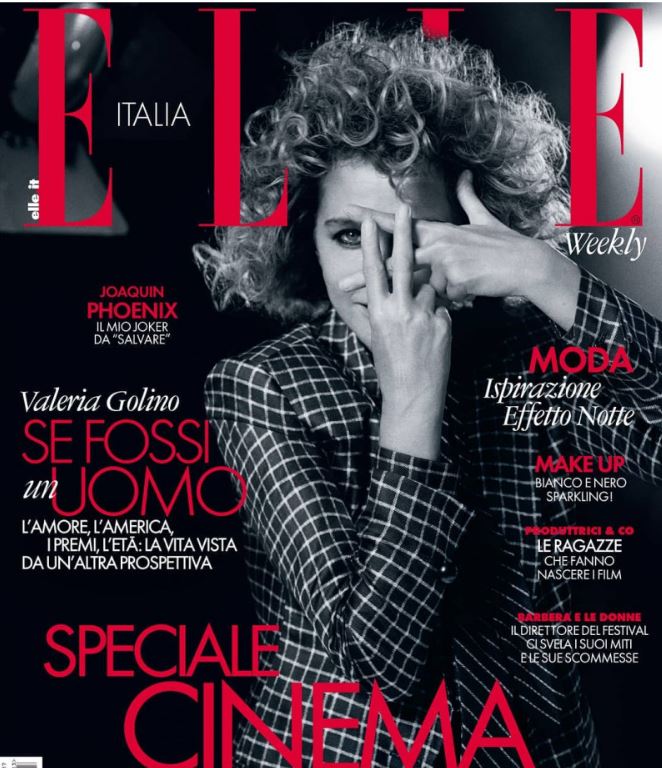 This actress and director Valeria Golino doing a blatant one-eye sign on the cover of Elle Italia. 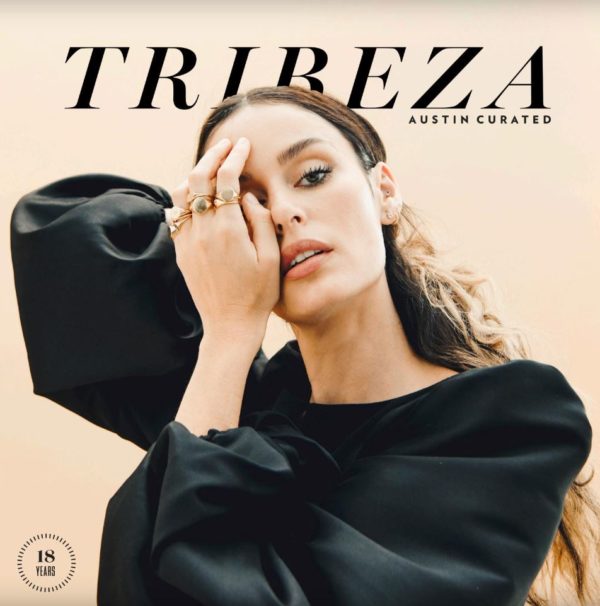 Tribeza is a magazine about Austin’s “innovative citizens”. There’s nothing more “innovative” than using a model to make the one-eye sign on the cover. Keep innovating Tribeza. 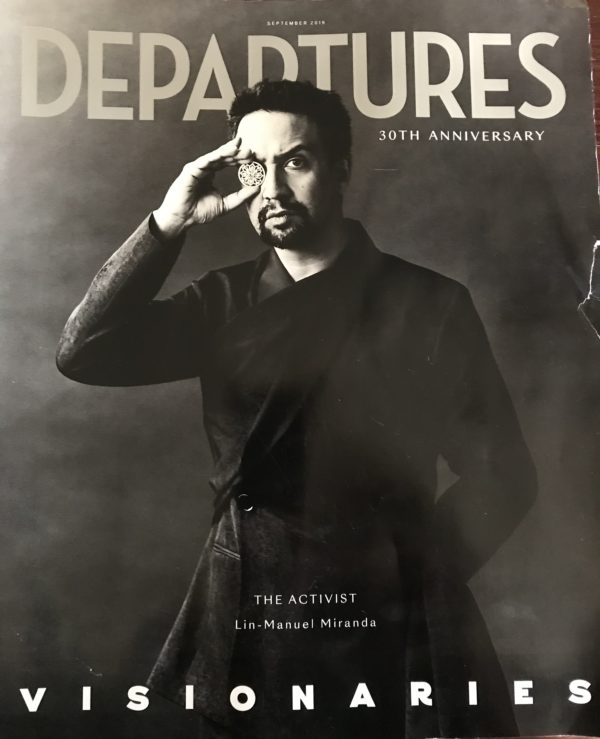 this Lin-Manuel Miranda, star of the Broadway musical Hamilton, on the cover of Departures magazine. Once again, the buzzwords “activists” and “V I S I O N A R I E S” are under the one-eye sign. Seems to me that there’s something obstructing Miranda’s “V I S I O N”.

This is the lead image of an article in AnOther magazine about Rose McGowan. The subtitle says that she wants to “rewire our minds”. No thanks, Rose. Just focus on your own mind. Furthermore, as seen in the previous edition of SPOTM, McGowan did the exact same sign in the lead picture of a The Guardian article. 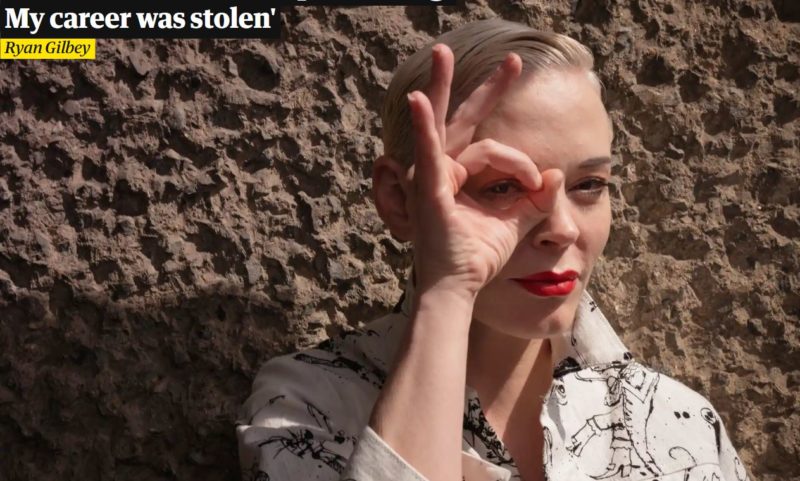 I think she’s trying to tell us something. 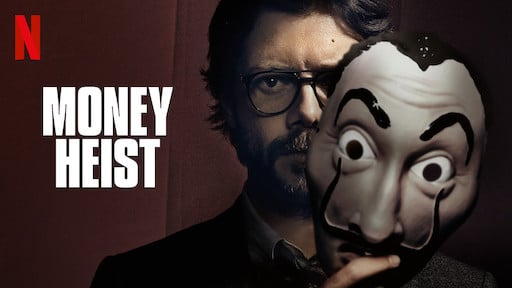 Netflix loves to put the one-eye sign in its promos. There’s been at least of dozen blatant examples in previous editions of SPOTM. This is a promo for the smash hit Money Heist (La Casa de Papel) featuring a one-eye sign. 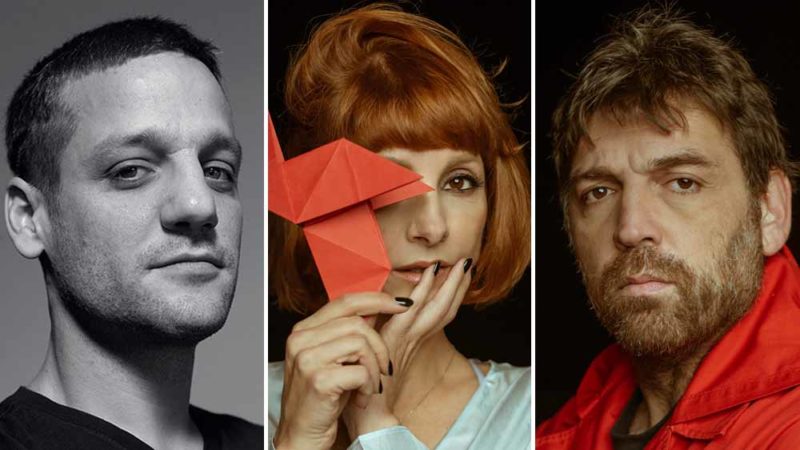 Those are the stars of the series. 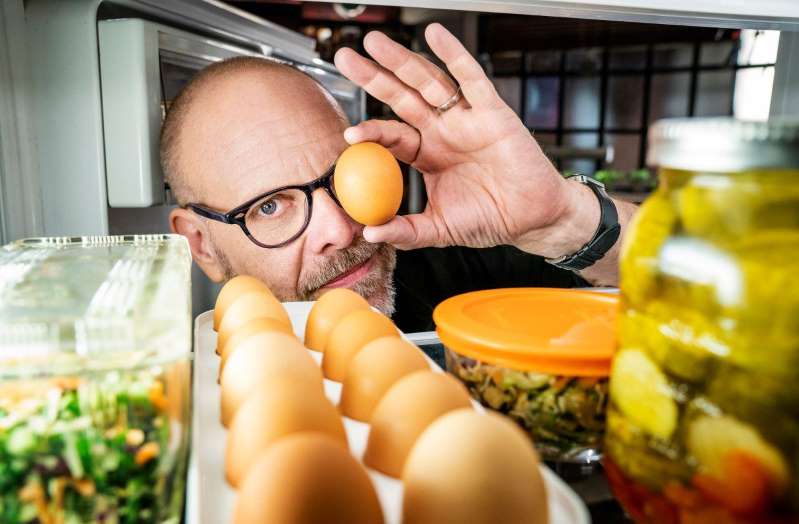 This is an ad for the Brazilian movie service TeleCine. Guys, that’s not how you watch movies on your phone.

Dude, that’s not how you watch movies on your ph… forget it. 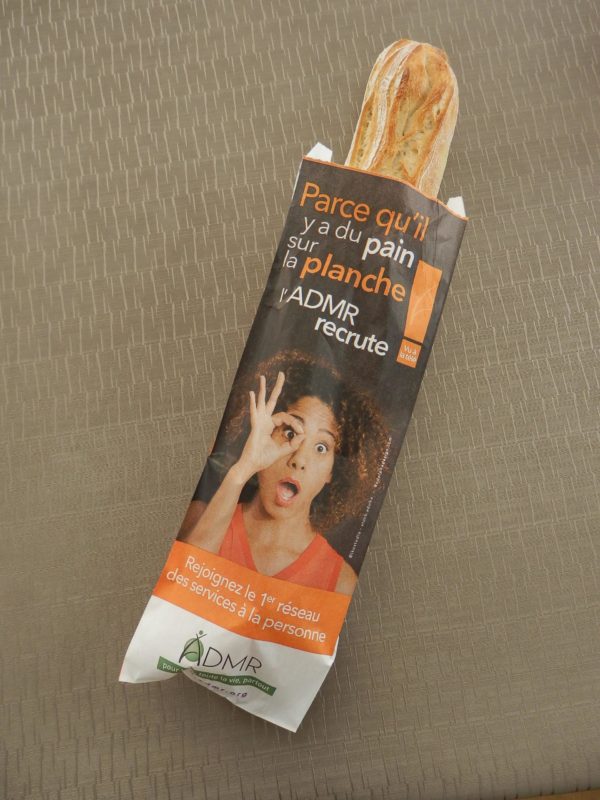 A reader from France sent in this pic of the one-eye sign on a baguette. Yes, it even has to be on bread. 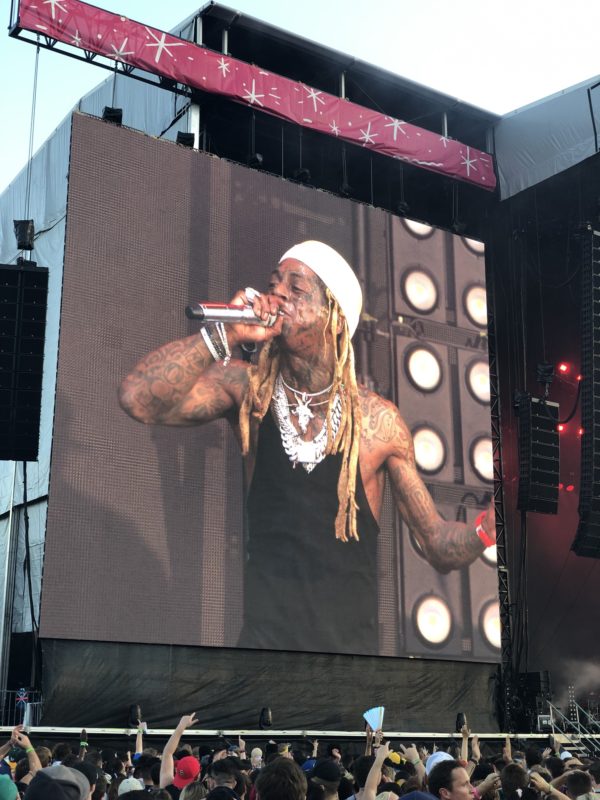 This is a pic taken during a recent Lil Wayne performance. Notice his pendant. It’s a goat head. I realize that GOAT is short for “Greatest of All Time” but I’m pretty sure that Lil Wayne himself realizes that he is not the GOAT of rap. And the design appears to be inspired by something extremely symbolic. 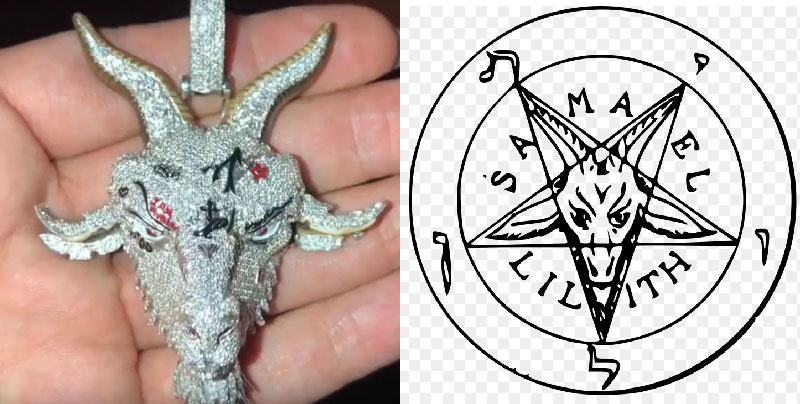 Left: A close-up of the pendant. Right: The Seal of Baphomet. 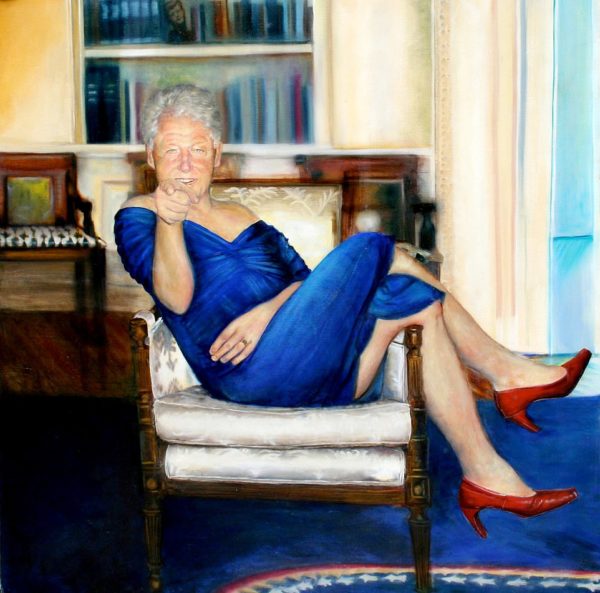 This bizarre painting depicting Bill Clinton inside the Oval Office wearing a blue dress and red shoes was found inside Jeffrey Epstein’s NYC mansion. Although I am sure there are some inside jokes in there, the painting conveys Epstein’s weird “sexual proximity” with Clintons. Furthermore, red shoes appear to carry a specific meaning to the occult elite. Do some research on that. 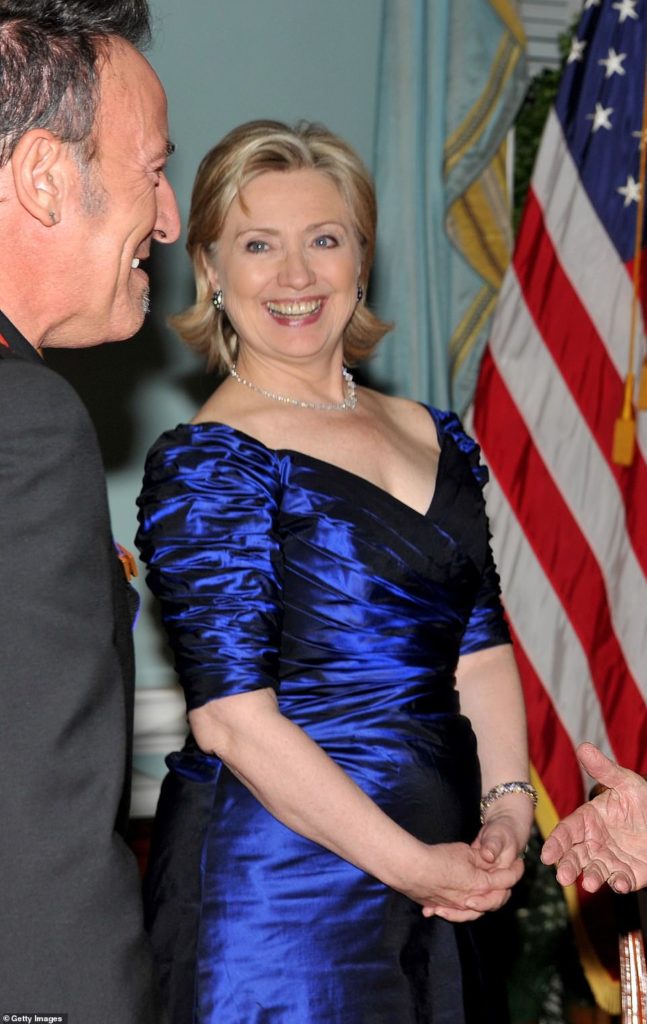 While “official sources” say that the dress is inspired by Monica Lewinsky’s stained dress, it appears to be actually inspired by this dress worn by Hilary Clinton. What message is being conveyed here? And why did Epstein love it so much that he had to have it in his house?