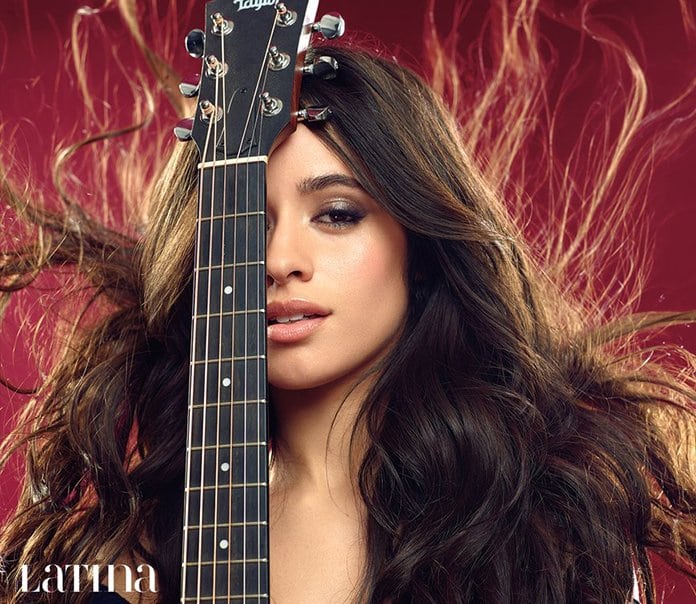 In this edition of SPOTM: Ed Sheeran, Britney Spears, Bella Thorne and so much proof that the industry is controlled by people worshipping the one-eye sign.

There are a quite a few articles about Britney Spears on this site. Why? Because she is one of the most obvious cases of Monarch programming in the entertainment business today. Everything about her screams out mind control – even her Instagram account. Here are some images that were posted by Britney (or whoever controls her social media accounts) in the recent weeks. They are 100% drenched in MK symbolism. 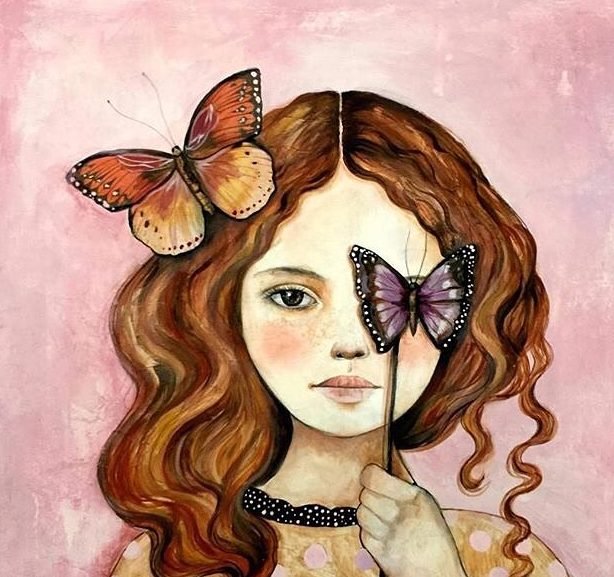 A painting of a young girl who has a monarch butterfly on her head while hiding one of her eyes with another butterfly. Pure Monarch programming symbolism. 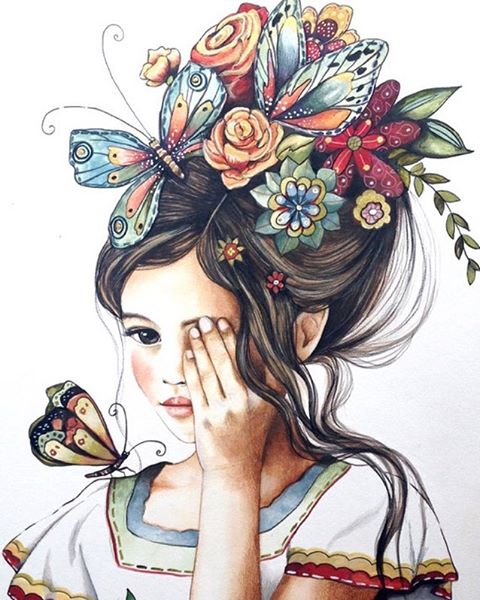 Pretty much the exact symbolism as the image above. 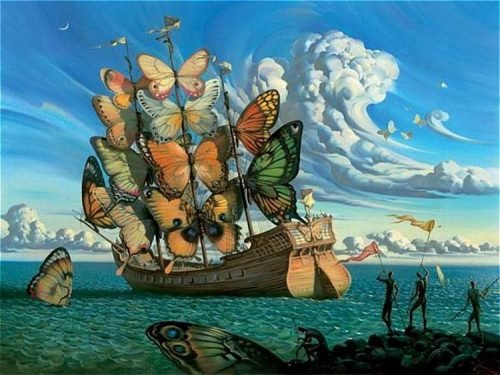 Let Monarch programming be your sails… 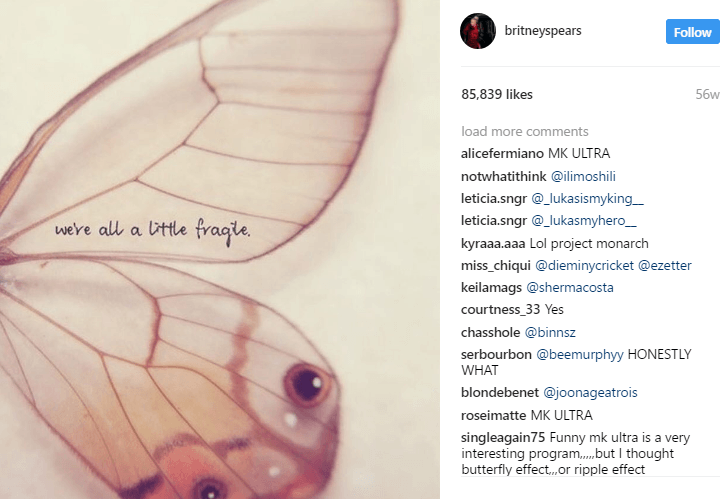 Another butterfly with a caption that creepily alludes to MK programming: “we’re all a little fragile”. These are only a few examples of the many MK-related images on Britney’s Instagram. Take a look at the comments of this image. At least, there’s some VCs out there.

Of course, the one-eye sign popped out everywhere last month, in places that clearly indicate who and what is under elite control. 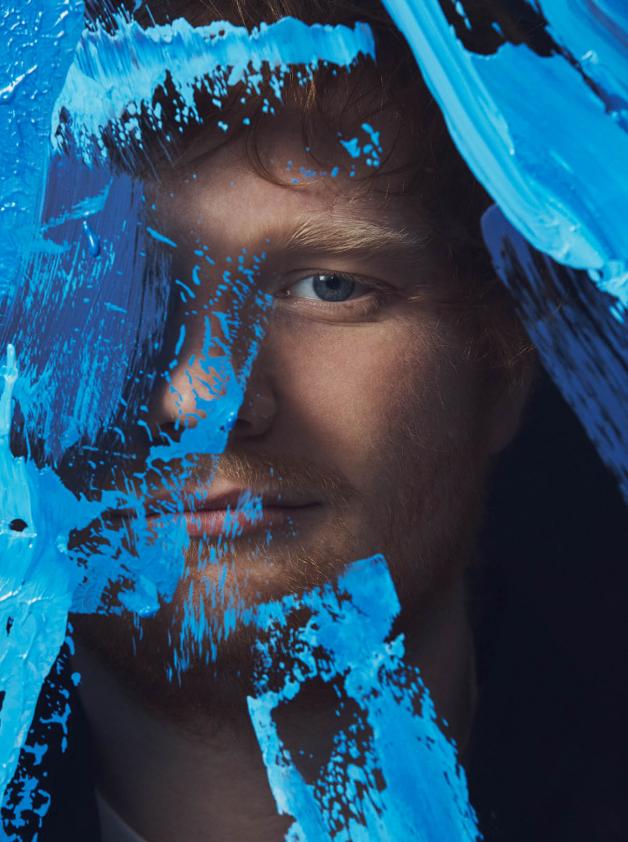 Music industry darling Ed Sheeran has one eye hidden in Clash Magazine. But wait, maybe it is just a coincidence. He’s too quirky and charming to be doing that kind of stuff. 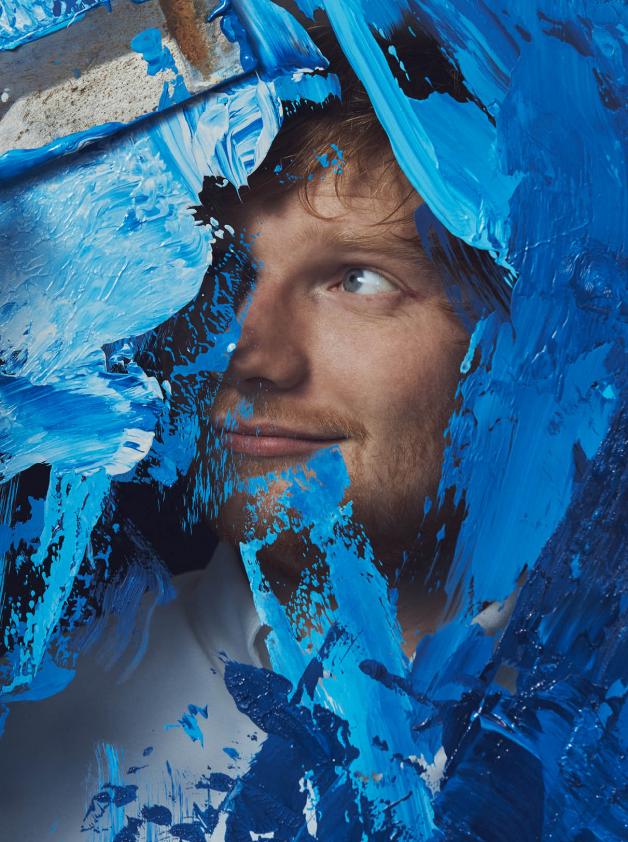 Nope, more intentional one-eye action to let you know who he’s working for. But wait, maybe it’s another coincidence. He’s so down-to-earth. 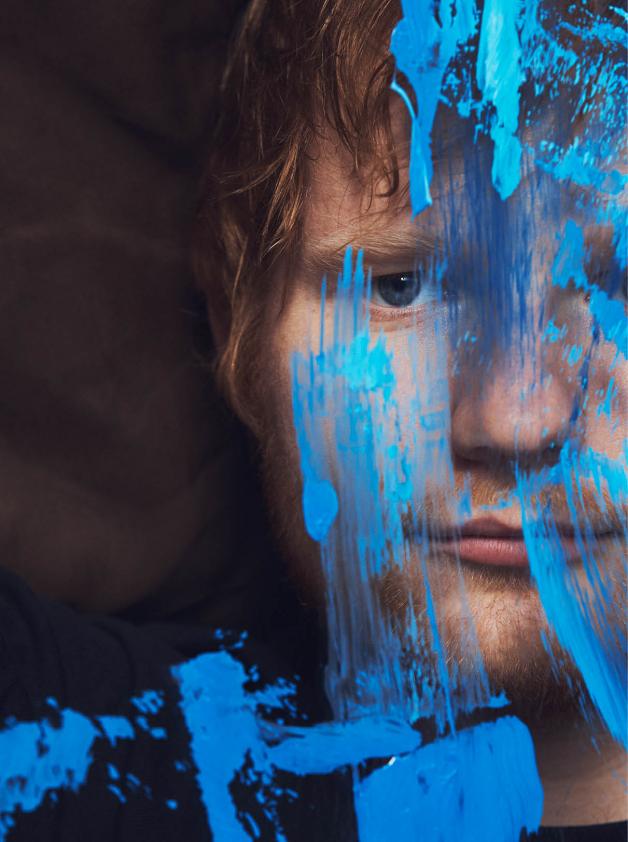 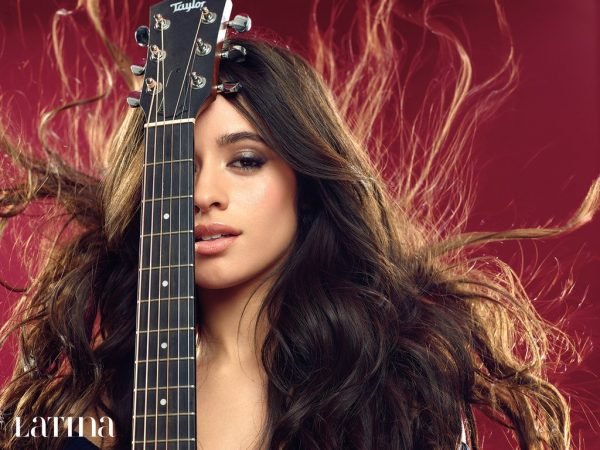 Camila Cabello left Fifth Harmony to pursue a solo career. Does that mean that she’s free from elite control? That guitar stuck on her face indicates: NOPE. 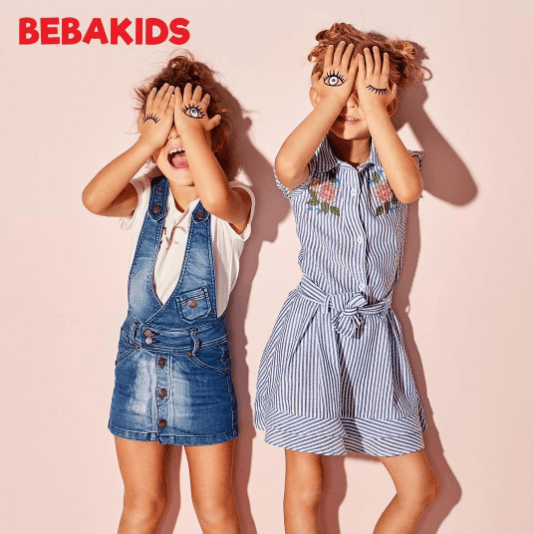 I particularly dislike it when kids are used to do the one-eye sign. But it happening everywhere around the world. This is an ad for a kids clothing brand in Eastern Europe.

As usual, the one-eye sign was prominently featured on magazine covers all over the world. They’re a constant reminder of who owns this entire industry – yet not many people see it. 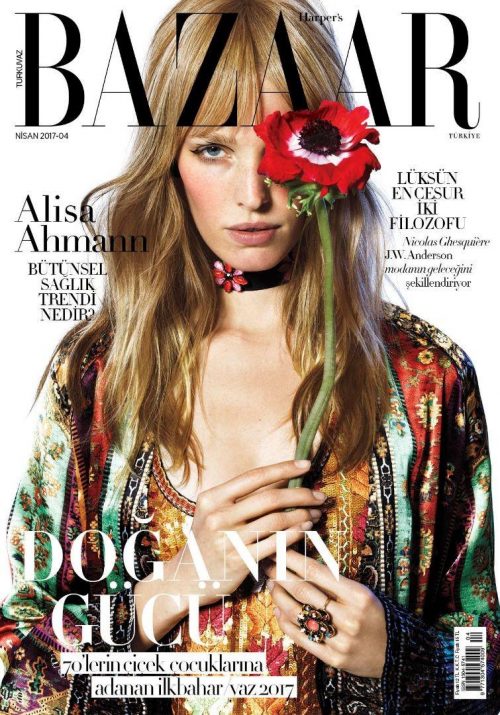 The cover of Bazaar Turkey was all about the one-eye sign. 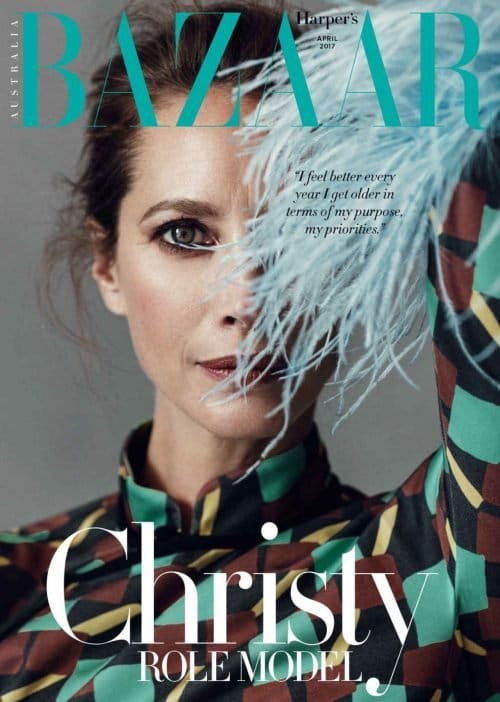 Bazaar Australia (yes, the same magazine as above). Another one-eye sign. 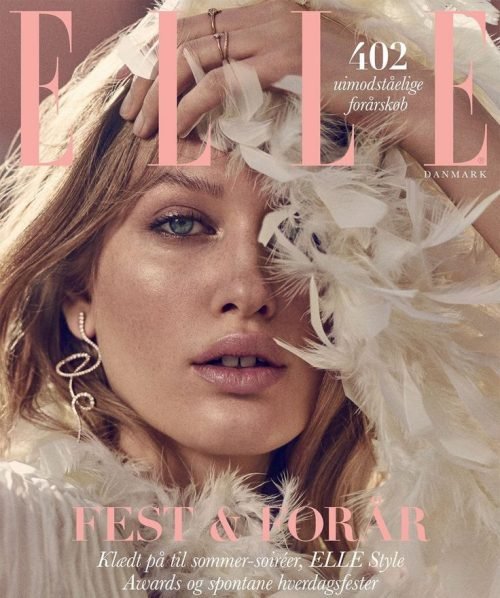 The cover of Elle Danmark. 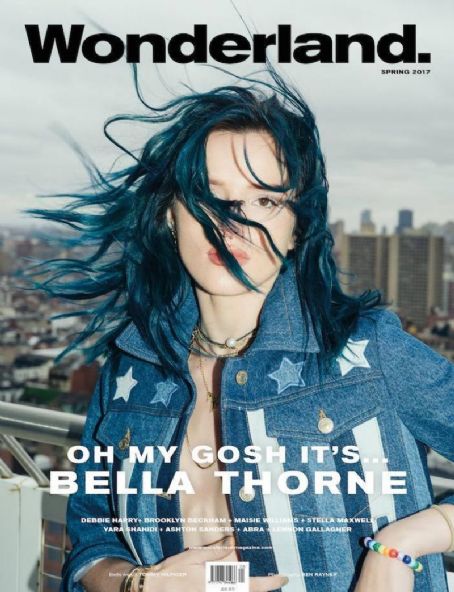 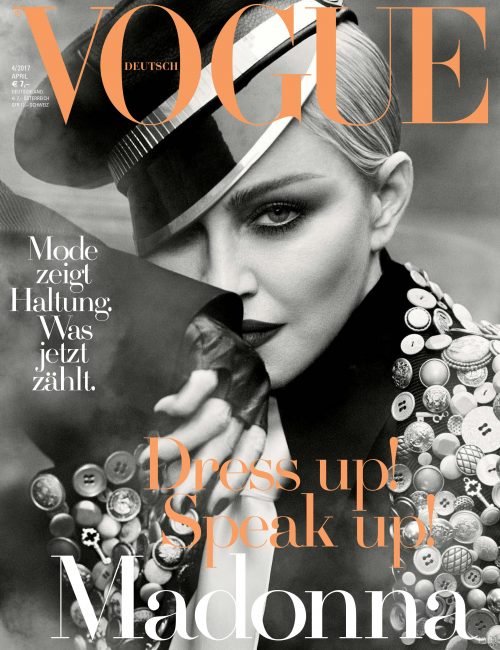 Vogue Germany featuring the high priestess of the industry. Even she needs to pay tribute to the elite once in a while. 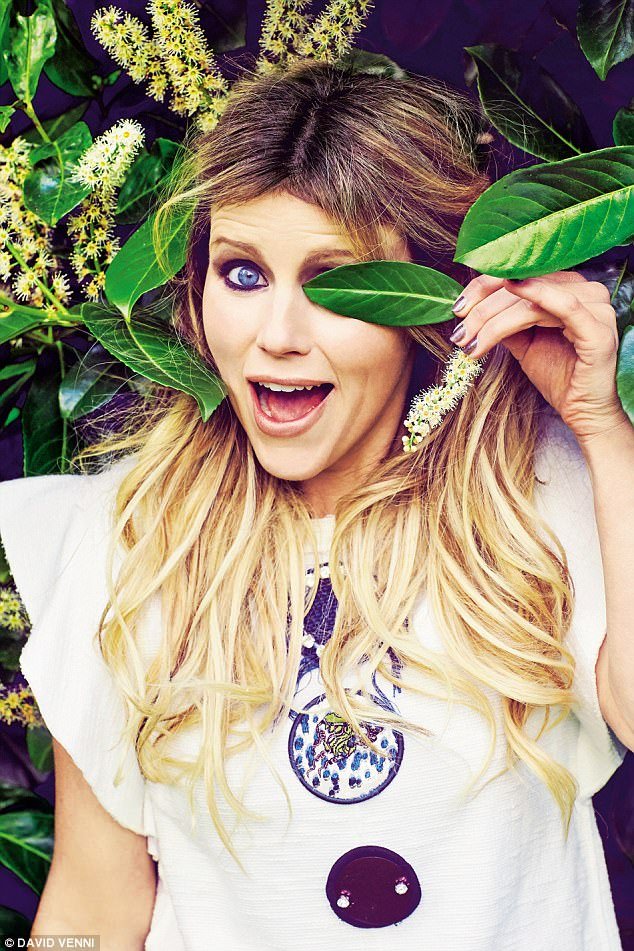 Ellie Harrison is becoming somewhat famous in the UK. For this reason, she somewhat needs to hide one eye for no particular reason in professional photoshoots. 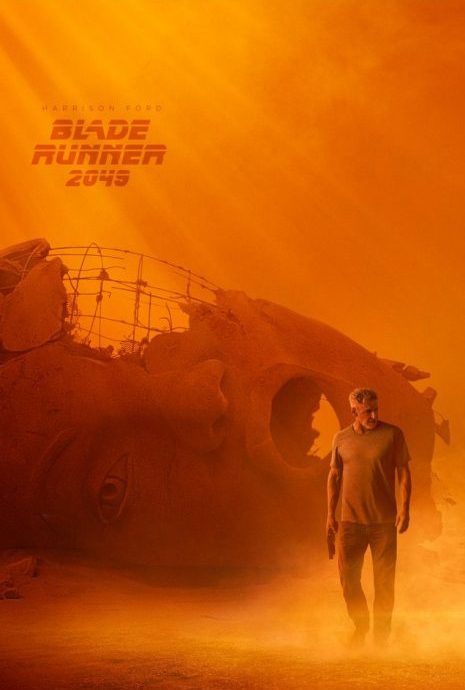 The original Blade Runner movie came out over 35 years ago. Unfortunately, a whole lot has changed in the entertainment business since then. It is now owned by a very small group of people. This poster for Blade Runner 2049, which features an obvious one-eye sign, reminds us of who owns the movie business. 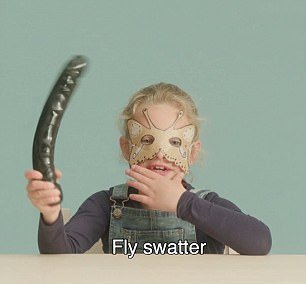 Free A Girl is an “an international organization dedicated to freeing young girls from forced prostitution”. Their latest promotional campaign features young girls wearing masks and unboxing sex toys. These troubling scenes are juxtaposed with even more troubling scenes of young girls being offered to men. While, at face value, the intentions of the ad are good, doesn’t this entire thing actually further the sexualization of children? 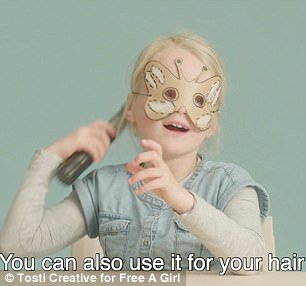 Is showing girls playing around with big phalluses a good idea? Doesn’t this kind of thing please the very people the organization is supposedly working against? And what’s up with the butterfly masks?

Speaking of the sexualization children, fashion designer Pearl Lowe was heavily criticized for featuring her own 11-year-old daughter in suggestive pictures in order sell clothing. The collection of pics on her website is downright disturbing: Revealing costumes, heavy makeup and, yes, even Beta Kitten symbolism. I’m not even comfortable featuring these pics on here but someone needs to call that crap out. 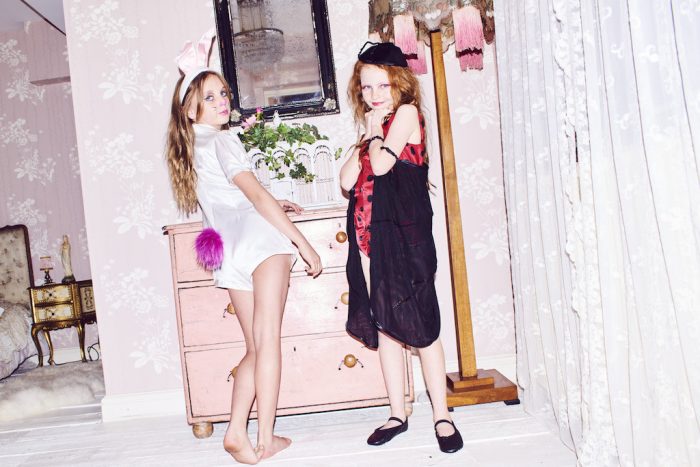 On the left, the 11-year-old girl is wearing an outfit similar to the uniform of Playboy bunnies in the 1970s. In what situation would a young girl ever wear this? 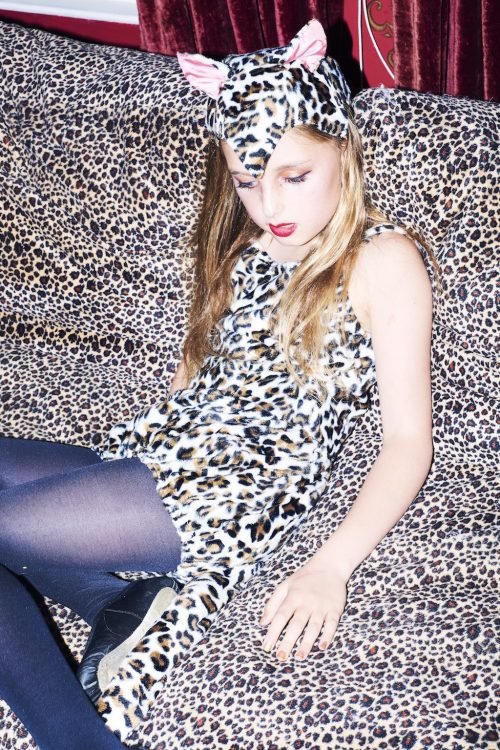 A “sexy” leopard outfit with a matching hat. Pure beta-kitten symbolism. Once again, what child would wear this? Where? When? With Who? I don’t get it. It actually looks like the type of stuff sick people would force children to wear. 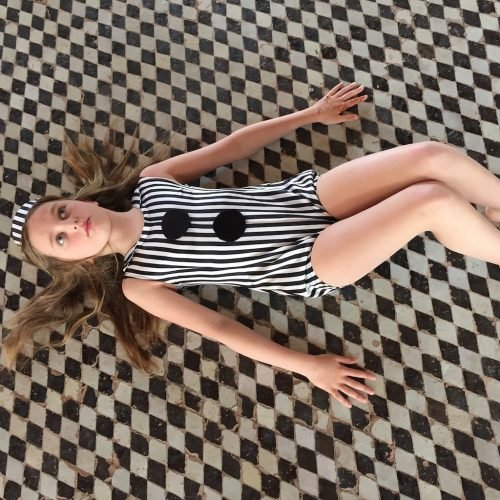 A dualistic black-and-white pattern used in MK programming. The entire “collection” sends out a sickening vibe.

On May 7th, Emmanuel Macron won the French elections. The next day, several French citizens e-mailed me the same symbolic image which appeared on TV across the world.

Macron’s victory speech with the Louvre’s pyramid perfectly centered in the background, complete with an illuminated apex. Dominique Stezepfandt’s book “François Mitterrand, Grand Architecte de l’Univers” declares that “the pyramid is dedicated to a power described as the Beast in the Book of Revelation (…) The entire structure is based on the number 6.” The official brochure published during construction stated that the pyramid was made of 666 panes. This was later dismissed as an “urban legend” (although the info was printed right in the official brochure). 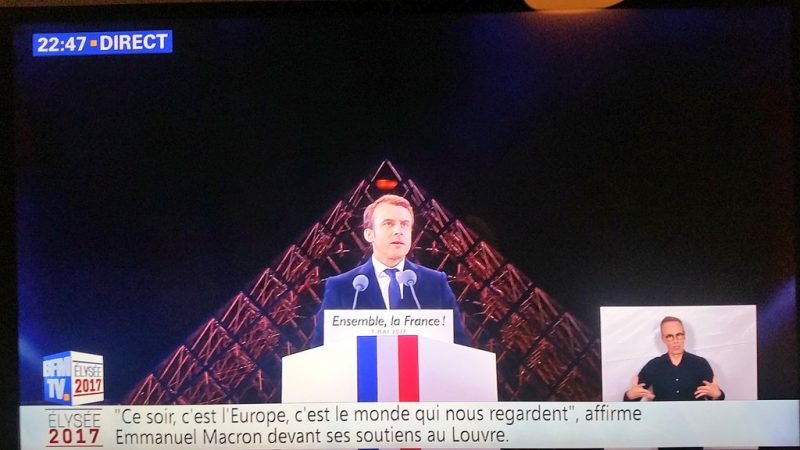 Another pic sent by another reader. Inb4: “ARE YOU SAYING THAT YOU WERE ROOTING FOR LePEN!?!! SHE’S A FASCIST!”. This site is not about rooting for politicians, it is about symbolism – no matter who’s is power. This is a very symbolic pic.