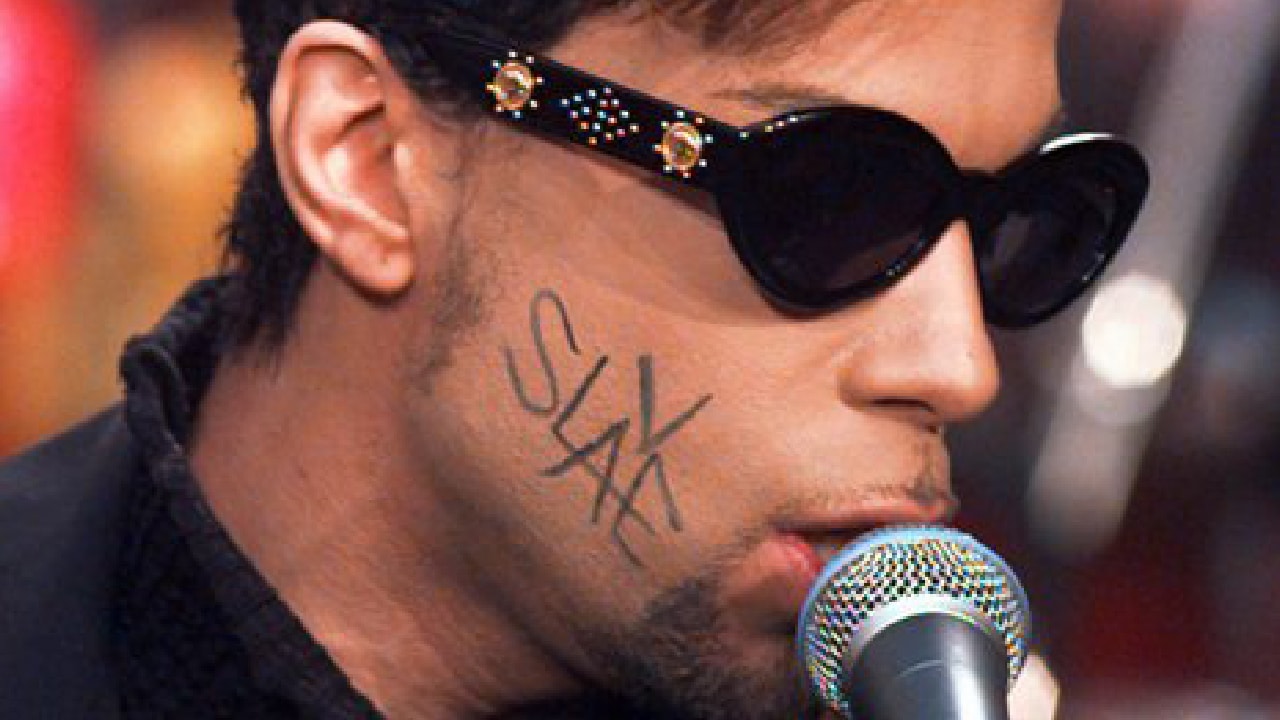 Prince’s death was unexpected, shrouded in mystery and full of strange facts. In short, it was a typical Hollywood death. What happened and why?

Prince was the exact opposite of most pop stars of today: He was immensely talented, completely original, fully involved in artistic creation and extremely outspoken – especially against the music industry. More than being in a class of his own, he was in a world of his own, floating in a giant purple bubble while masterfully playing his guitar.

Prince was not merely a singer – he was a songwriter, a multi-instrumentalist, a record producer, and an actor. He was keenly aware of the workings of the music industry and often fought bitter battles to preserve the integrity of his work, his image, and his legacy.

While his enigmatic and eccentric persona never ceased to amaze his fans, the discovery of his lifeless body inside an elevator left the world with one final enigma: What happened? Before we look at this death, let’s look at his career.

Prince spent his entire career battling “record label tyranny” which lead to some memorable outbursts. In 1993, when a deal with Warner Brothers went south and left him without control of his work and without the advances he was promised, he orchestrated a rebellion that only Prince could think of. In a perplexing (and often ridiculed) move, Prince replaced his name with an unpronounceable symbol. People then had to refer to him as “The artist formerly known as Prince”. 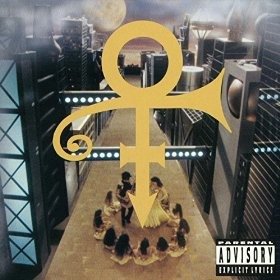 The Love Symbol on the cover his 1993 album. Although Prince never fully explained the meaning of this symbol (other that it “came to him during meditation”), one can easily discern an amalgamation of the “male” and “female” symbols crossed by a trumpet-like instrument. It might be a visual representation of his androgynous musical persona.

Although this move was widely misunderstood by the public (and media), Prince clearly explained the rationale behind it.

The first step I have taken toward the ultimate goal of emancipation from the chains that bind me to Warner Bros. was to change my name from Prince to the Love Symbol. Prince is the name that my mother gave me at birth. Warner Bros. took the name, trademarked it, and used it as the main marketing tool to promote all of the music that I wrote. The company owns the name Prince and all related music marketed under Prince. I became merely a pawn used to produce more money for Warner Bros…

I was born Prince and did not want to adopt another conventional name. The only acceptable replacement for my name, and my identity, was the Love Symbol, a symbol with no pronunciation, that is a representation of me and what my music is about. This symbol is present in my work over the years; it is a concept that has evolved from my frustration; it is who I am. It is my name.
– Michael Heatley, Where Were You… When the Music Played? 120 Unforgettable Moments in Music History.

During his legal battle with Warner Brothers, Prince appeared in public with the word “SLAVE” scribbled on his cheek. 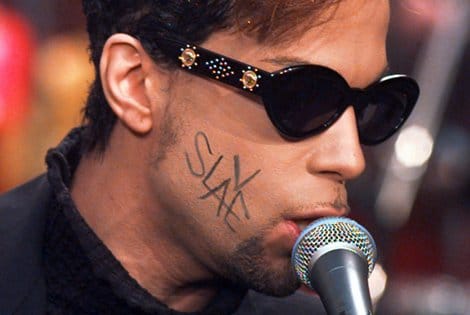 Prince, with the word “Slave” written across his face at New York’s Rockefeller Plaza on July 9, 1996.

Prince also enjoyed speaking about unpopular issues such as chemtrails, religion, and morality. Here’s a 2009 interview where he speaks his mind.

Several years later, Prince was still going at it. In 2015, he compared artists to “indentured servants with little control over how their music is used”. In a rare interaction with media, Prince stated:

“Record contracts are just like — I’m gonna say the word – slavery. I would tell any young artist… don’t sign.”

Prince said those words in August 2015, in his Paisley Park Studios in Minneapolis. Less than a year later, he was found dead at this very location.

Strange Circumstances Around His Death

As it is the case for most unexpected celebrity deaths, there is a lot of information, misinformation, rumors, gossip and conflicting reports floating around. Here’s a quick sum-up of his last days. At the time of writing this article, the cause of his death is unknown.

On April 7, 2016, Prince postponed two performances from his Piano & A Microphone Tour, at the Fox Theatre in Atlanta; the venue released a statement saying he was “battling the flu”. He rescheduled the show for April 14, even though he still was not feeling well. While flying back to Minneapolis early the next morning, his private jet made an emergency landing at Quad City International Airport in Moline, Illinois, so that he could seek medical treatment. Representatives stated that he suffered from “bad dehydration” and had been fighting influenza for several weeks. Prince was seen in public the following evening, when he shopped at the Electric Fetus in Minneapolis on Record Store Day, and made a brief appearance at a dance party at his Paisley Park recording studio complex in Chanhassen, Minnesota, stating that he was feeling fine.

He attended a performance by singer Lizz Wright at the Dakota Jazz Club on April 19, 2016.

On April 21, 2016, Prince was found unresponsive in an elevator at Paisley Park, which also served as his Minnesota home. A 9-1-1 call was placed at 9:43 a.m; he did not recover with CPR by emergency responders and was pronounced dead at 10:07 a.m. He was 57 years old.

Although reportedly “combating the flu”, Prince was active and healthy enough to attend concerts and perform a couple of shows. Things took a mysterious turn on April 15th, when his private jet made an emergency landing in Moline, Illinois – even if he was at about 40 minutes from his final destination.

According to some sources, Prince was treated for an overdose.

Multiple sources in Moline tell us, Prince was rushed to a hospital and doctors gave him a “save shot” … typically administered to counteract the effects of an opiate.

Our sources further say doctors advised Prince to stay in the hospital for 24 hours. His people demanded a private room, and when they were told that wasn’t possible … Prince and co. decided to bail. The singer was released 3 hours after arriving and flew home.

We’re told when Prince left he “was not doing well.”

We know authorities in Minnesota are trying to get the hospital records from Moline to help determine cause of death.

We have made more than a dozen attempts to reach Prince’s reps for comment, but they went radio silent.
– TMZ, Treated For a Drug Overdose Days Before Death

The next day, Prince appeared at a concert and somewhat prophetically said:

“Wait a few days before you waste any prayers.”

The same day, a popular gossip website cryptically announced that a famous African-American celebrity had AIDS.

MediaTakeOut.com just received word that a VERY popular African-American celebrity – who has recently been in the news – now has what is being described as AIDS. Obviously since we are not able to 100% confirm the story – we’re going to leave it as a Blind Item. We want to make it clear we are NOT talking about Magic Johnson.

This report REALLY hurt our heart.

According to a person EXTREMELY CLOSE to the situation, the celebrity, who is known for having a very EXTREME sexual past reportedly contracted the illness sometime in the 1990s. He kept the illness quiet but began taking his medication RELIGIOUSLY up until about two years ago. Here’s what we’re told by a VERY trusted entertainment insider:

[The celebrity] believed that he was cured, and he had some crazy [religious] people who told him that God cured him. So he stopped taking his medication and the sickness came back. Now doctors say he’s dying, and there is nothing anyone can do about it.”

We’re told that the celebrity is expected to get sicker and sicker, and eventually pass. It can happen as soon as the summer.
– Mediatakeout.com, Insider Claims That A VERY POPULAR African-American Celebrity . . . Is Stricken With AIDS . . . Not HIV

A few days later, Prince was found inside an elevator in his studio.

Strange fact: One of Prince’s most famous songs is Let’s Go Crazy. Not unlike much of his writing, the lyrics of this song can be traced back to his Christian beliefs, where he uses the word the “de-elevator” to refer to the devil. He sings:

Tell me, are we gonna let de-elevator bring us down?
Oh, no let’s go!

In a morbidly symbolic setting, Prince’s body was found inside an elevator. Did the “de-elevator” finally bring him down?

Plenty of facts need to be checked and questions need to be answered. One thing is for sure: When things are shady, the truth often remains in the shade.

Related Topics:princesacrificessuspicious deaths
Up Next

The Occult Meaning of Beyoncé’s “Lemonade”

Does Ladies’ Code “Galaxy” Celebrate the Death of Two of the Group’s Members?