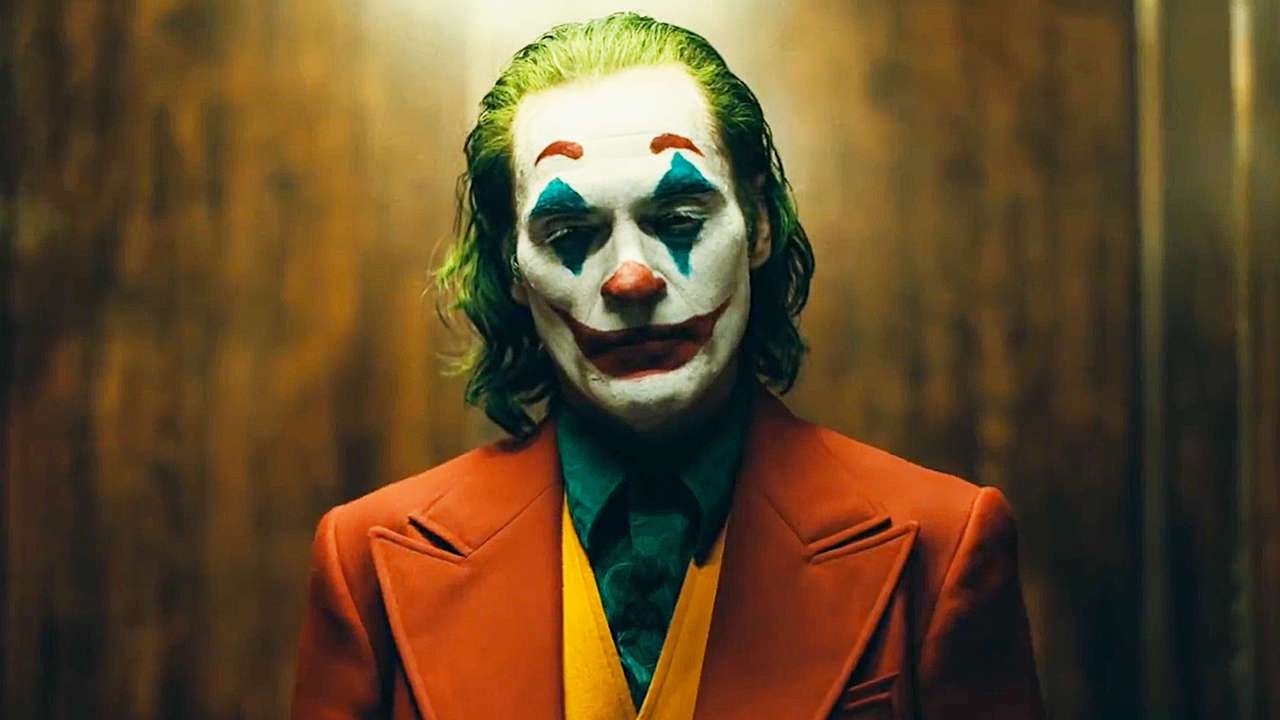 In this day and age, mass media critics do not evaluate movies by their artistic merit, but by the direction of their political message. To be deemed “good”, a movie needs to check a list of “agenda” boxes. Well, Joker does not check any boxes and it also goes against the grain. It is an uncompromising piece of art that is more akin to a low-budget auteur film than a DC Comics blockbuster. And, through its deeply unsettling character study of a “loser” who turns into a famous murderer, the movie provides a scattering critique of mass media.

Apparently, media sources did not appreciate the subversive messages in the movie and were quick to deem Joker “problematic”. Even before the official release of the movie, countless news articles associated Joker with “angry white men” and feared it would inspire Joker-copycats who would perpetrate mass shootings. Judging by the insistence of these articles, it was as if mass media was actually looking to speak into existence such as shooter by guaranteeing immediate and worldwide coverage of such an event. Appropriately enough, the movie addresses this exact brand of mass media perversion.

Indeed, on several occasions, the movie highlights the role of mass media in the creation and the validation of the monster that is Joker. And, on a wider scale, the movie links this media coverage to an uprising of the masses who identify the Joker as their hero and leader. In fact, while Joker is a bad guy, the bigger bad guy in the movie is mass media.

And real-life mass media did not appreciate the critique.

While most “serious” movie publications praised Joker, mass media sources bashed it senseless. They really did not want people to watch it. Here are some examples:

A headline from VICE.

Can they make this clearer?

As it is often the case nowadays with new releases that do not “agree” with the agenda, there’s a wide gap between ratings from media critics and regular viewers.

If one actually spends time reading these critics, one cannot help but sense intense insincerity and hypocrisy from its authors. Because, whether or not one agrees with the movie’s message, Joker is, objectively, a well-constructed movie. It is well shot, well-acted and it excels in whatever other criteria movie critics are paid to analyze. However, all of this objective analysis is bypassed because the message of the movie does not follow the narrative sold by these news publications on a daily basis.

It is as if the bosses of these movie critics barged in their cubicle and yelled:

”  – Write an article about Joker and say that it is bad. And dangerous. Destroy it.
– I actually have other things to say about that movie.
– Shut up and start typing, word monkey.”

Joker is mainly about Arthur Pleck, the human behind the makeup. And Arthur is a sad, aging man whose life has always been characterized by abuse, rejection, and humiliation – all of which are amplified by a debilitating mental illness.

However, Arthur’s status as an eternal victim changes drastically when two events happen in his life: He stops taking his medication and, more importantly, he obtains a gun. After getting severely beat down by three drunk Wall Street types in the subway, Arthur pulls out his gun and shoots them all.

Mass media immediately picks up the story and builds up Joker as a “vigilante hero” who stands up to the rich and powerful. Of course, Joker revels in that attention as he finally gets an audience for his unique brand of “performance art”. In one scene of the many scenes that emphasize the role of mass media in creating a monster, Arthur is surrounded by people reading the newspaper with Joker on the front page. Soon after, Joker becomes the face of a widespread uprising in the city as legions of people riot while wearing clown masks.

Joker’s notoriety then reaches yet another level due to mass media. A popular TV talk show invites Arthur as a guest to make fun of his disastrous stand-up performances. Arthur goes on stage as Joker and ends up shooting the host (played by Robert DeNiro) live on TV,  prompting massive media coverage. This leads to further notoriety and adulation by his legions of fans.

This is where things become “problematic” for the real-life mass media: The rioters in the movie, those who worship the Joker, are clearly associated with specific real-life groups. In several scenes, the protestors hold signs that say “Eat the Rich” and “Resist” – two slogans that are heavily used in actual protests by groups such as Antifa, Occupy Wall Street and others. The problem is: The media sources mentioned above are sympathetic to these movements because they are owned by the same globalist entities. In short, it makes them look bad. 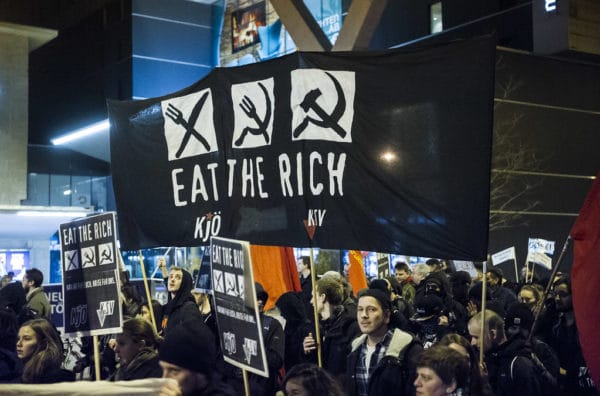 A “Eat the Rich” banner at a student protest in Austria. 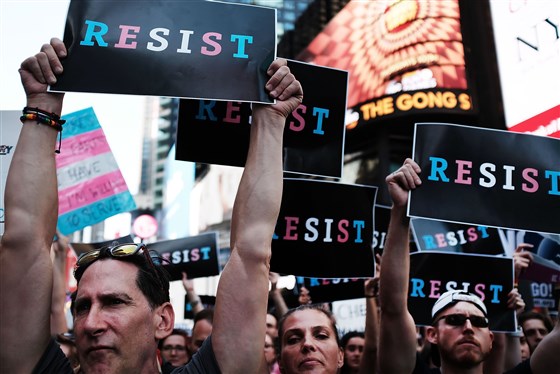 “Resist” banners at a protest against Trump after his decision to reinstate a ban on transgender individuals’ serving in the military in 2017.

Therefore, the rioters in the movie are associated with real-life globalist movements. And, as they walk around wearing clown masks, they hail Joker – a mass murderer who believes in nothing – as their hero. This is all due to mass media who built up the actions of a deranged man into something much bigger. To make things worse, these masked rioters even end up killing the parents of Bruce Wayne (who would end up becoming Batman) right in front of his eyes.

Considering these messages, one can begin to understand why sources such as The Guardian hated the movie. It goes against its entire narrative.

The movie also makes it clear that Joker is not, in any way, a hero. While most of the people he kills have wronged him in one way or another, these people still did not deserve a violent death. Also, he kills his own mother.

It is, however, the final scene of the movie (which happens immediately after he is lifted as a hero by the rioters) that cements Joker as an “evil” character. As we see him walking in a hospital hallway with blood under his feet, we realize that he killed a sweet social worker who did absolutely nothing to him. The hero of the protestors is actually a heartless monster.

Although Joker is a quintessential comic-book villain, the movie focused on his human side and portrayed him as a product of a toxic environment. The true villain in this movie is mass media which gave Joker all the praise and attention he always craved – but only after he murdered people. Media turned Arthur – a nobody – into Joker – a somebody. And the gullible people, those who consume mass media with no discernment, turned that Joker into a political leader.

With that being said, is Joker actually a full-fledged anti-elite and anti-establishment movie? Not really. Although it criticizes mass media, Joker remains a mass media product distributed by a major corporation. The story follows a wider trend in entertainment where the relatable protagonist is actually the bad guy whose past hardships somehow justify committing heinous acts of pure evil. In Joker, murder is performance art – it is a cathartic and liberating experience that is often immediately followed by big laughs. In short, the movie gives us more of the “fighting evil with more evil” narrative that’s been going on for years.

In the end, Joker offers an effective mirror of present-day society. Looking back at that mirror is a sad, mangled and depressed clown who believes in nothing and who needs tons of pills to function correctly. In this toxic environment, this clown only finds joy and liberation by sinking deeper into the moving sands of evil and depravity, under the constant encouragement of mass media. And, while this evil and depravity appear to bring him much-overdue glory and justice, all it truly accomplishes is to destroy all of the humanity that was left in him.

FacebookTwitterSubscribe
Related Topics:featuredjokermovies
Up Next

The Sinister Messages of “K-12” by Melanie Martinez