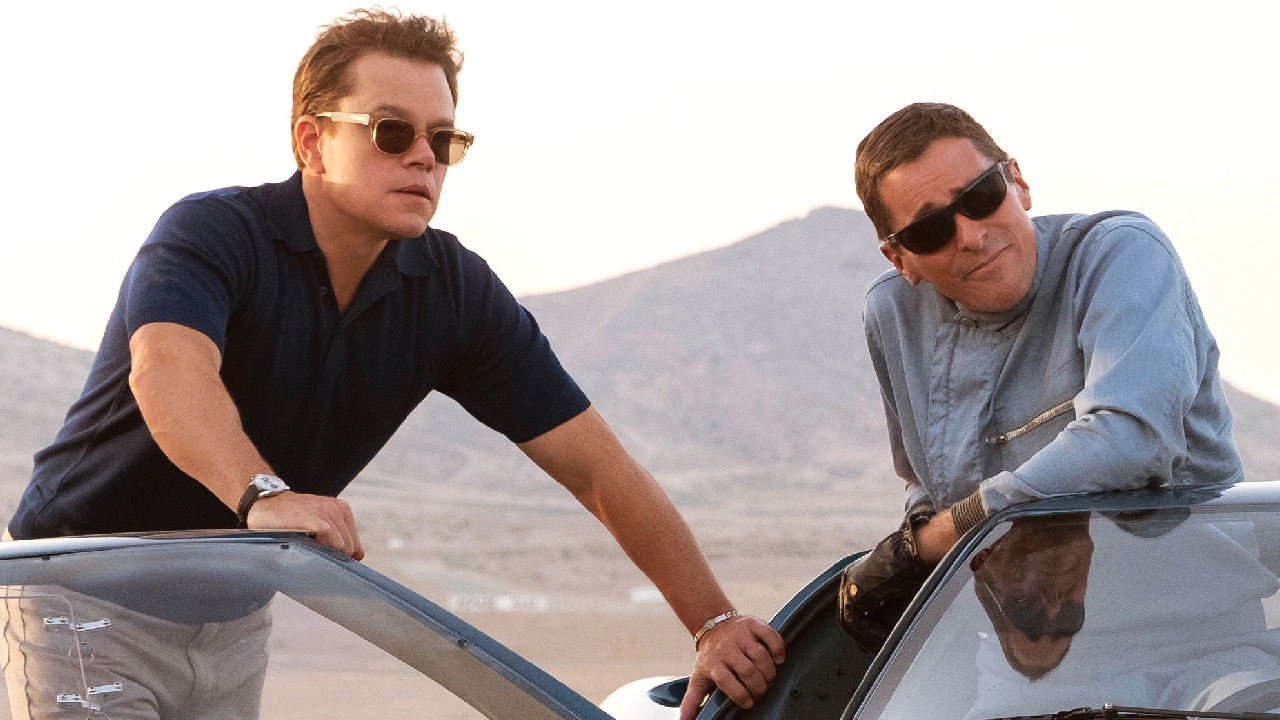 Confession: I enjoy reading movie reviews. I particularly enjoy reading critics who the time to rip apart a bad movie or, conversely, those who explain exactly how a movie is a masterpiece. In fact, I sometimes find myself more entertained by the criticism of a movie than the movie itself.

However, nowadays, some movies are being ripped apart for the wrong reasons. And others are being praised for the same wrong reasons. Why? Because the entire “movie critic” business is being taken over by an “agenda police” that grades movies according to their compliance to the agenda, and nothing else.

In my article about the movie Joker, I stated:

In this day and age, mass media critics do not evaluate movies by their artistic merit, but by the direction of their political message. To be deemed “good”, a movie needs to check a list of “agenda” boxes.

With that being said, I recently came across a review of the movie Ford v Ferrari that perfectly illustrates this fact – to a point that it is nearly infuriating. The title alone transformed my head into a giant question mark: “Ford v Ferrari depicts a generation of ‘car guys’ best left in the past”

Why would a ‘car guy’ generation be best left in the past? Why would any generation be “best left in the past” when it comes to movies? Even the worst chapters in world history can make great movies. So why should a movie about the trailblazers of the auto industry be “left in the past”? Well, according to the subtitle, it is because most of the people in the movie (and in the auto industry in the 1960s) were “white males”. And, according to the author Hannah Elliot, that fact alone makes the movie bad.

When one musters the courage the read the entire thing, this “review” of a fun movie about fast cars turns into a hateful tirade against “straight white males”, auto designer Carroll Shelby and the entire auto industry.

While I couldn’t care less about the opinion of a single movie critic, these kinds of “reviews” are becoming the norm. And the wider issue at hand is the active shunning of movies that do not pander to the agenda while underhandedly calling for censorship and the whitewashing of history.

The review was written for Bloomberg News (which is owned by Michael Bloomberg, the media mogul who is now running for U.S. President) and was published by the National Post (a major Canadian news outlet) and the auto site Driving.

The author dedicates about one sentence reviewing the actual movie to then plunge headfirst into a perplexing diatribe about hating a lot of things and people.

It’s a beautifully shot film that will be enjoyable for modern car buyers and enthusiasts alike — engines rev, tires squeal, stopwatches click. But what I saw is a devastating picture of the lack of diversity that permeated the industry in the 1960s.

If automakers want any hope of relevance in the next decades, as they face the most radical changes and challenges they’ve experienced in 150-odd years of automotive history, they would be wise to contemplate it closely. Because Ford v Ferrari shows a generation best left dead and gone.

Then, the author explains exactly how this movie about Ford in the 1960s offended her.

Picture this: During all 152 minutes of the film – which, for those who love vintage racing cars, will feel as good as an ice cream sundae on a summer afternoon – men dominate the screen for 98 per cent of the time, by my unofficial count. They are in the executive suites at Ford and Ferrari, in the workshops and garages in Venice, on the track out at Willow Springs Raceway. (And when I say men, I mean white, straight men.)

The author then frowns on the roles played by women in the movie.

No fraction of the storyline is devoted to parsing the thoughts and feelings of any female who appears, even peripherally, on screen. Instead, Caitriona Balfe, who plays Miles’s wife, Mollie, is presented as the doting mother: She smiles mildly and nods her head indulgently as her husband struggles to gain traction in the race world. She clucks and scolds like a schoolmarm when Miles and Shelby come to blows on her front lawn — then brings them each a soda pop.

Other women waft through the film like smoke: Secretaries in wood-paneled offices handing manila folders to men in navy suits; corporate wives smiling silently, always positioned one step behind their husbands’ shoulder; young racing fans that serve as pretty décor on racing podiums. To the victor go the spoils.

The critique I heard most often about Once Upon a Time in Hollywood could easily apply here: This is a film celebrating those nostalgic golden days when white men ruled. It’s pretty to watch if you can suspend thinking for two hours about what that world must have been like for any ambitious or creative folks who didn’t fit that demographic.

Furthering away from the actual movie, the author attacks Carroll Shelby on a personal level – even bringing up unproven allegations of harassment and rape.

The man who was responsible for turning the Ford Mustang into the epitome of American muscle occupies a godlike status in car culture and embodied everything the red-blooded American male of the era was supposed to hold supreme.

Shelby was a notorious womanizer who blew through six marriages and was heading toward divorce from his seventh when he died. He spoke to everyone with language so blue it was legendary; ask any car journalist or professional driver who knew him, and they’ve got plenty of descriptive words to describe the way he treated anyone within earshot. Many of those words are unprintable here.

For fun, he shot lions, elephants, and rhinoceroses on animal hunts in Africa. He filed so many lawsuits — against Ford, against local car builders, against online forums, and, ironically, against the company that later would supply all of the Cobras for the film — that he become more known and reported on for that in his later years than for any feats of automotive genius.

In fact, after his blast of success with the AC Cobras in the 1960s and his hot-rod take on the Ford Mustang, Shelby didn’t have a single real hit. Instead, there were claims he falsely represented many of the cars he sold. He left Ford for Chrysler, where he helped develop some special-edition Dodges. Ford fans brought up to adore him as a brand hero shouldn’t have been so surprised he left; this was not an individual known for loyalty to anyone or anything other than himself.

It gets worse: One of his former personal assistants, Angelica Smith, sued Shelby for sexual harassment in 2011. The suit included information about an alleged rape that happened at Shelby’s home by one of his employees, and that she was fired, partly in retaliation, after she reported it. (Shelby called the allegations “wild and fantastical” at the time; he died less than a year later.) But that particular anecdote has been washed almost entirely clean by the same boys-club car culture that idolizes Steve McQueen, a decent actor who died conveniently early and had a habit of hitting his wives.

Straying even further away from the movie, the author ends up complaining about the lack of women executives in car companies such as Kia and Toyota.

It’s no surprise to survey this patriarchal wasteland — but it’s no less depressing to see it, nonetheless. The epic portrayed remains uncomfortably close to how the car world is today. We still have to look hard to find women of consequence.

Six of GM’s 11 global board members are women, an admirable percentage. But the numbers are worse elsewhere. At Toyota, just 13% of board members are women; Hyundai and Kia have no women in any position as high as vice president. The auto industry lags behind the rest of the world: women in corporate America at large occupy 21% of C-suite offices, 30% of VP-level roles and 38% of managerial roles, while the auto industry places women in 13% of C-suites, 18% of VP-level spots, and 20% of managerial positions, according to Catalyst, a nonprofit that advocates for women in industry.

This isn’t good enough. Today car companies face difficult questions about brand identity and mobility — concepts they’ve never had to contemplate before now. They are evaluating who they are — there’s that question again — in a world increasingly oriented toward mobility rather than mechanical transport, electric motors rather than V8 engines.

Ford v Ferrari puts in stark relief the stunted mentality of previous generations. Carroll Shelby, crystalized by Hollywood like a mosquito in amber, is its totem artifact of generations dead and gone. For those who are serious about making brilliant, thrilling, innovative vehicles in the modern age, he’s best left behind.

Reactions to the Review

The “review” generated hundreds of comments on each site it was posted on. Nearly all of the comments (many of them written by women) bash the critic senseless.

Hannah Elliot’s “review” couldn’t be more superficial. It solely focused on the sex, the skin color and the sexual orientation of the characters in the movie (which are based on actual people). And therein lies the hypocrisy of the “diversity gurus” of the modern age: Instead of judging people by who they are, they judge people by what they are.

This hypocrisy is being applied to movie reviews: Instead of judging a movie by what it is, they are judged by who’s in them. Are there enough LGBTQ+? Are there enough “strong” feminist women? Are there enough minorities? What percentage of words are said by each group? Movies are now evaluated on these criteria. And this is killing the movie industry. And maybe that’s what they want.

FacebookTwitterSubscribe
Related Topics:featuredmoviemovie critics
Up Next

The Actual Reason Why “Joker” was Bashed by Mass Media