The many articles on this site attempt to prove that the same set of symbols – those of the ruling elite – are being permeated across popular culture. While we often look at outlets intended for teenagers or young adults (such as movies and music videos), children are definitely not exempt of it. A blatant example is Disney’s new show Gravity Falls, a “quirky and endearing” cartoon about 12-year old twins spending summer with their Great Uncle Stan in Gravity Falls, Oregon.

The 40 seconds long intro theme alone is loaded with symbolism. Here it is.

First, Great Uncle Stan wears a fez, which is the hat worn by the Shriners – an appendant body of Freemasonry. As they like to say, all Shriners are Masons, but not Masons are Shriners. 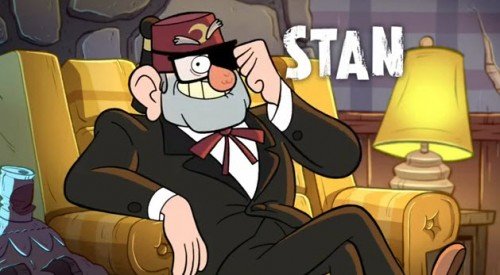 Stan wearing a Fez hat. Also, he is hiding one eye for the heck of it. 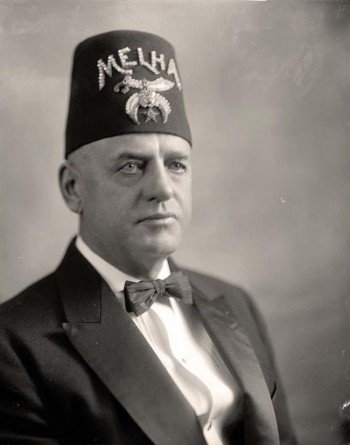 Up until 2010, only 32nd Degree Scottish Rite Masons (the highest degree attainable other than the honorary 33rd) or Knight Templars of the York Rite could join the Shriners. This means that Grunkle Fez is most probably a high level Freemason. Therefore, he knows what’s the deal with all of these symbols. He knows. 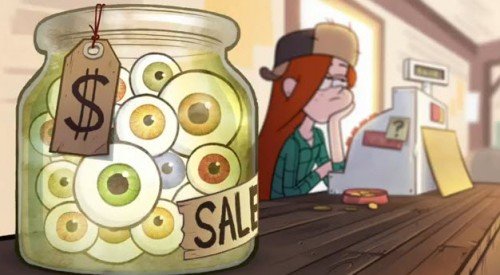 The show is full of eyes everywhere. There’s even a jar of eyeballs for sale at Stan’s store. 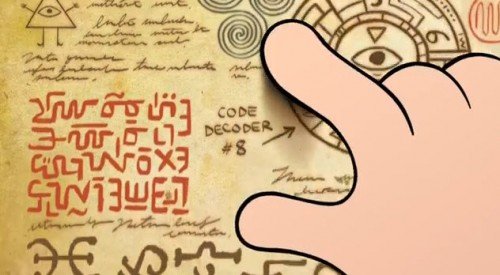 All-Seeing eye inside of triangle and more here… 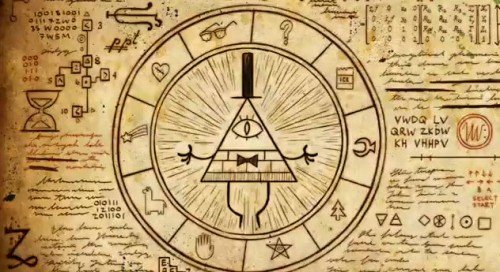 This frame flashes for literally a split second at the end of the intro. We can easily recognize the Illuminati pyramid with illuminated capstone and All-Seeing eye, along with other alchemical and magical symbols. Also, there’s the Contra code on NES, which is rather hilarious.

I won’t start analyzing all of the episodes but here are some interesting shots from the first episode of Gravity Falls. 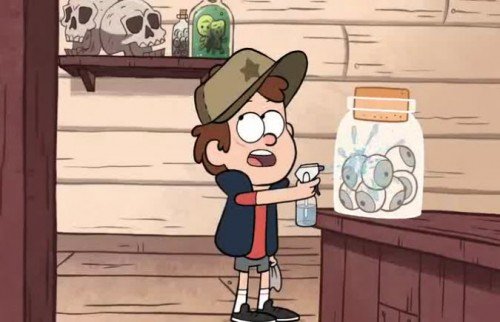 Aside from the eyeballs everywhere, the little humans in a jar are homunculi – a concept that is found in alchemy and occult rites. 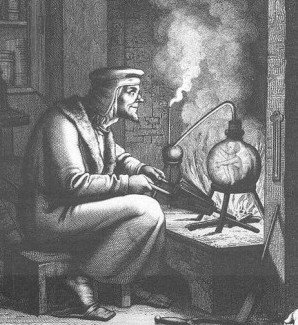 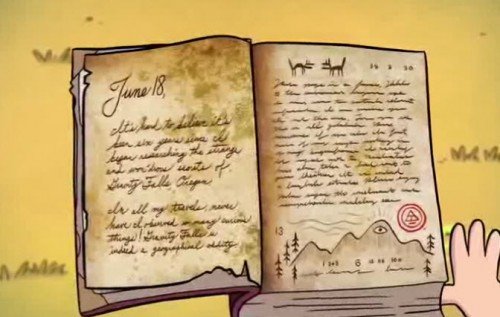 All-Seeing Eye at the apex of the mountain 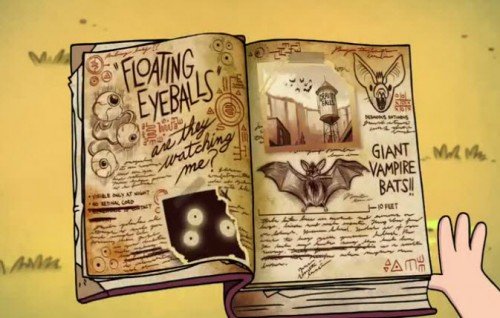 “Floating eyeballs, are they watching me?”. 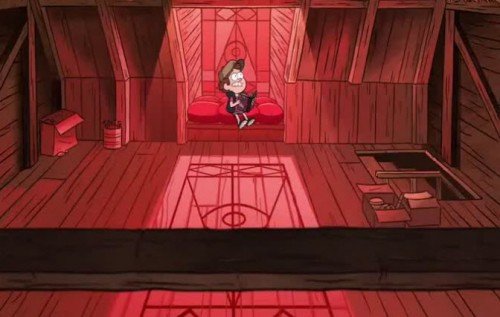 The attic of Great Uncle Stan’s shack has a prominent Masonic stained glass window featuring a symbol that is omnipresent in this cartoon. 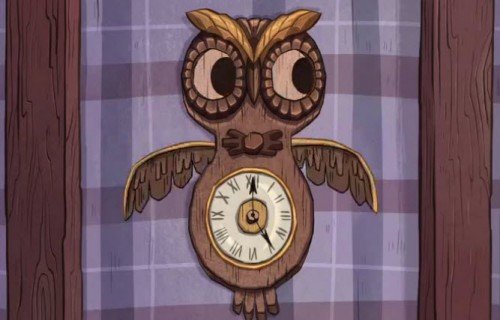 Stan appears to have two Owl clocks – the owl is an ancient symbol representing the occult elite (those who work in darkness), the Illuminati and the Bohemian Grove. 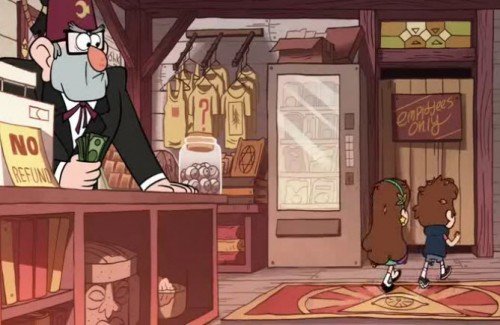 Check out the rug on the floor. 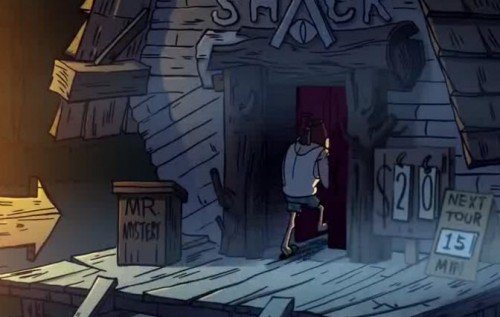 The letter “A” of the word “Shack” consists of a compass above and All-Seeing Eye, a combination of symbols of found in Masonic symbolism. 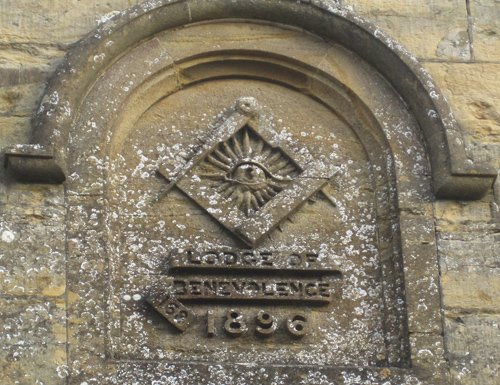 The entrance of a Masonic lodge.

In short, Disney’s new show is centered around a specific set of symbols associated with secret societies and the occult elite, which we call the Illuminati. While some might argue that these signs are inserted to add “mystery” to the show, we must also consider the fact that popular culture in general is being permeated with the exact same set of symbols. This show plays it part by exposing young children to the symbolism, which normalizes it and ultimately accomplishes what the occult elite has been doing for centuries: Hiding in plain sight.

Related Topics:cartoonsdisneytv shows
Up Next

The Movie “Videodrome” and The Horror of Mass Media

The Esoteric Symbolism of the Viral Video “I, Pet Goat II”