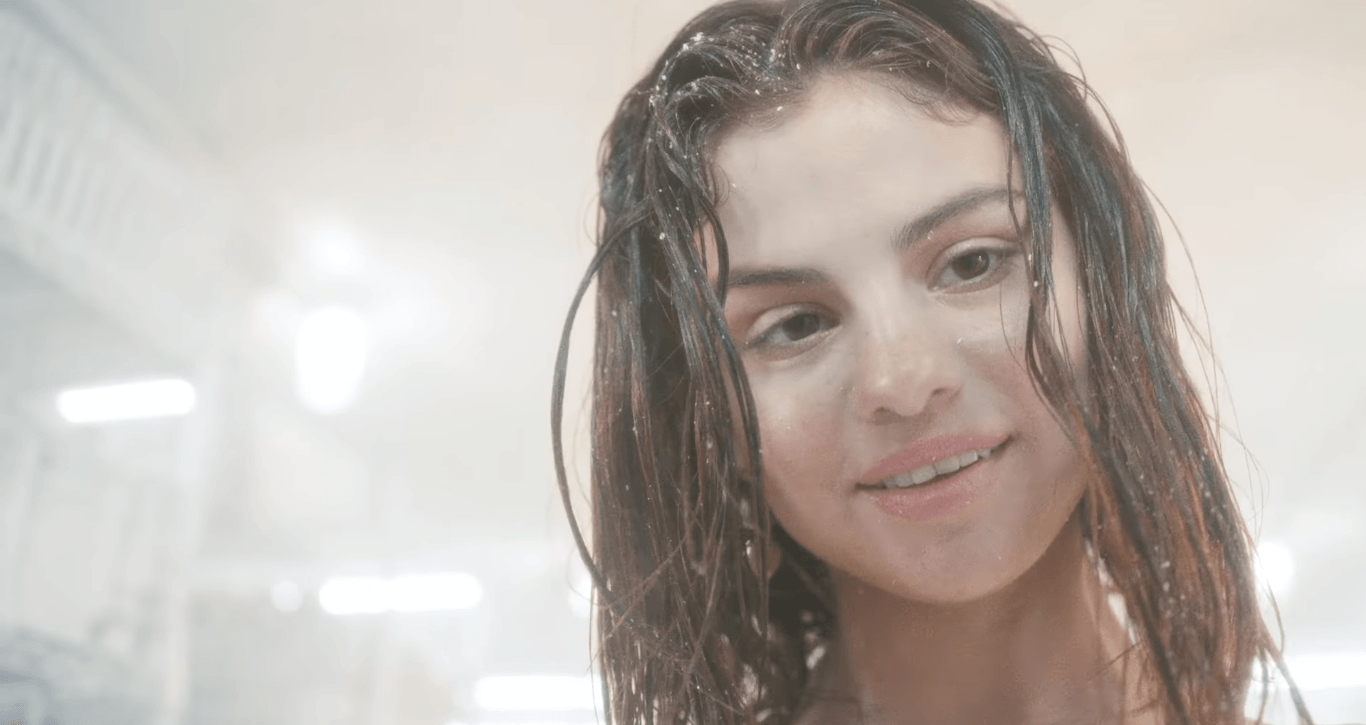 In the music video for Fetish, Selena Gomez harms herself in all kinds of painful and degrading ways, while displaying symptoms of severe mental issues. The video is considered “hot”. Something is seriously wrong with pop culture.

Selena Gomez is a classic example of the child star who garners millions of young fans and then introduces them to the debasing, depraved, and sex-based culture of the entertainment industry.

After appearing on the TV show Barney and Friends, Gomez was recruited by the Disney Channel to appear on Hannah Montana (starring Miley Cyrus, another ex-Disney star gone wild). Gomez then was given her own Disney Channel show, Wizards of Waverly Place, which became a big hit and caused Gomez to gain millions of fans worldwide. 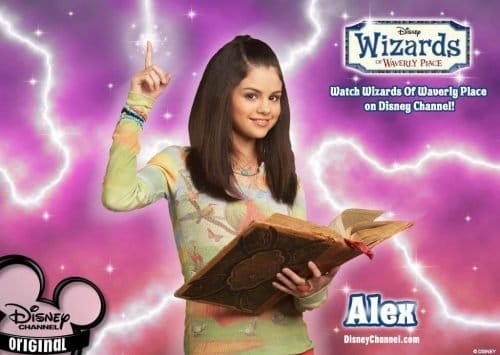 Selena Gomez as Alex, the star of Wizards of Waverly Place.

In 2014, Gomez fired her mother and stepfather as her managers (they had managed Gomez since her career began) and signed with WME and Brillstein companies. Later that year, Gomez signed with Interscope Records. Like Miley Cyrus, Ariana Grande, Demi Lovato and countless other children raised by/in the industry (especially from the Disney Network), Gomez proceeded to launch a solo career that introduced her young fans to a new, over-sexualized Selena with content that is heavily tainted by the elite’s agenda.

In 2016, Gomez canceled the remaining 34 dates of her Revival world tour to check into a rehab facility for 3 months for “undisclosed mental health issues”. In the industry, “rehab” is oftentimes a code word for “re-programming”.

13 Reasons Why That Ain’t Right 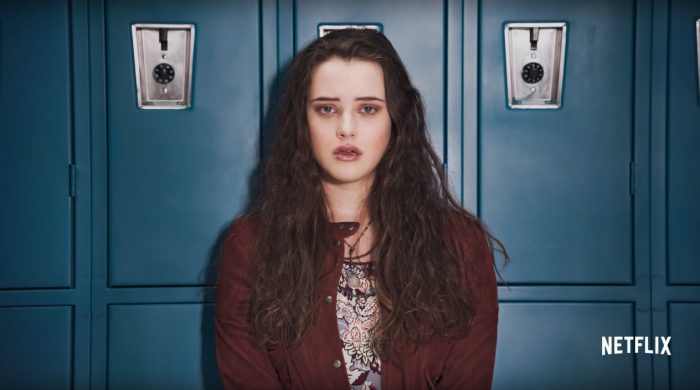 13 Reasons Why on Netflix

Shortly after emerging from rehab, Gomez served as executive producer of the “hit” Netflix series 13 Reasons Why. The series has been a source of constant controversy due to its graphic, and some say glamorous, depiction of suicide.

“Mental health experts describe the show as worrisome and point to how its relatable characters and graphic depiction of suicide can pose a health risk for young people already struggling with mental health issues.”
– CNN, ’13 Reasons Why’ tied to rise in suicide searches online

A study recently revealed that the show was linked to a rise in suicide-related web searches, notably “How to commit suicide”.

“After the premiere of “13 Reasons Why,” the search phrase “how to commit suicide” rose 26% above what would normally have been expected for that time; “suicide prevention” went up 23%; and “suicide hotline number” climbed 21%, based on the paper’s data. “The time for rhetorical debate is over,” said John Ayers, research professor at San Diego State University and lead author of the paper. “While ’13 Reasons Why’ has certainly caused the conversation to begin — it’s raised awareness, and we do see a variety of suicide-related searches increasing — our worst fears were confirmed,” he said. “That is, thousands of people, thousands more, are searching online about ways to kill themselves.”
– Ibid.

Some researchers also argue that the show might have a negative impact on some teenagers with existing mental-health issues.

“Looking at it from a prevention standpoint, it’s concerning when a young person already has a prehistory or an existing mental health problem with anxiety, depression, and, for a smaller group, actually psychotic illnesses,” Schwartz said, adding that such illnesses are risk factors for suicidal behavior. “If a young person has a history of serious mental health or substance concerns, then obviously that adds a layer of vulnerability” when consuming media about suicide, he said.
– Ibid.

In short, Gomez is at the helm of a show that fosters an unhealthy fascination with suicide in the minds of young people. Some argue that the show is “raising awareness” about suicide, not glamorizing it. If that is the case, why would the show’s executive producer, Selena Gomez, appear in a music video where she harms herself in a “sexy” video? Isn’t that specifically glamorizing suicide?

Those guiding and funding popular culture seem bent on debasing and demoralizing the youth. As a result, popular culture is depressing, promotes self-destruction, and is helping to create a generation of sick, debased, and vulnerable humans.

In Fetish, Selena appears completely “out of it”. Is she on drugs? Is she mentally ill? Is she under mind control? Is she possessed by the devil? All of the above? Who knows. One thing is for sure, she is not OK.

The video begins with a nice shot of a summer sky with birds chirping. Then this flashes on the screen:

A quick flash of Selena’s distorted face. It doesn’t look right as if something bad is currently happening to her. It is a typical “quick-flash” scene that sets one’s brain to being sub-consciously disturbed.

We then see Selena walking towards a wrecked car.

Is this shot a way of symbolizing Selena’s own “wrecked” mental state? Because, as we can see above, she is not OK.

Inside the house, Selena stumbles towards the kitchen, throws all of the groceries she just bought on the ground and starts rolling around on them. Yeah, something is not right with her.

Why are you on the floor, Selena? Also, you’ve ruined perfectly good eggs.

Meanwhile, Gomez is singing about being the sexual obsession of someone – someone who is rather forceful. We get a sense that she does not have control over the situation.

“You got a fetish for my love
I push you out and you come right back
Don’t see a point in blaming you
If I were you, I’d do me too”

The last lines, Don’t see a point in blaming you, If I were you, I’d do me too, is reminiscent of the Stockholm Syndrome, where a captive sympathizes with their captor:

“feelings of trust or affection felt in certain cases of kidnapping or hostage-taking by a victim toward a captor.”

Another bit of the song refers to the same concept:

I’m not surprised
I sympathize, ah
I can’t deny
Your appetite, ah

During the video, Selena never really sings to anyone. Instead, we see her staring at the sky and apparently singing to the sun.

Gomez spends a lot of time singing to the blazing sun. The shadow of her hand hides one eye – effectively making a one-eye sign (aka the sign that pop stars do to display their submission to the occult elite).

Is the song actually about the elite sexually owning Selena Gomez? Because she is not singing to a person, but to the “eye in the sky”. Also, because most ex-Disney child stars end up being Beta Kittens (read more about this here).

As Selena stumbles into the dining room, there’s a painting of a kitty. Is it referring to Beta Kitten programming?

Selena tears up her stockings with a crazy, spacy look on her face. As usual, Selena is dressed to look like a “sexy” 14-year-old.

One thing that is sure, this “fetish” appears to be causing Selena to be at the point of self-destruction. Here are examples of self-harm and mutilation that she inflicts on herself. Please keep in mind that a great percentage of her fans know her from the Disney Channel. 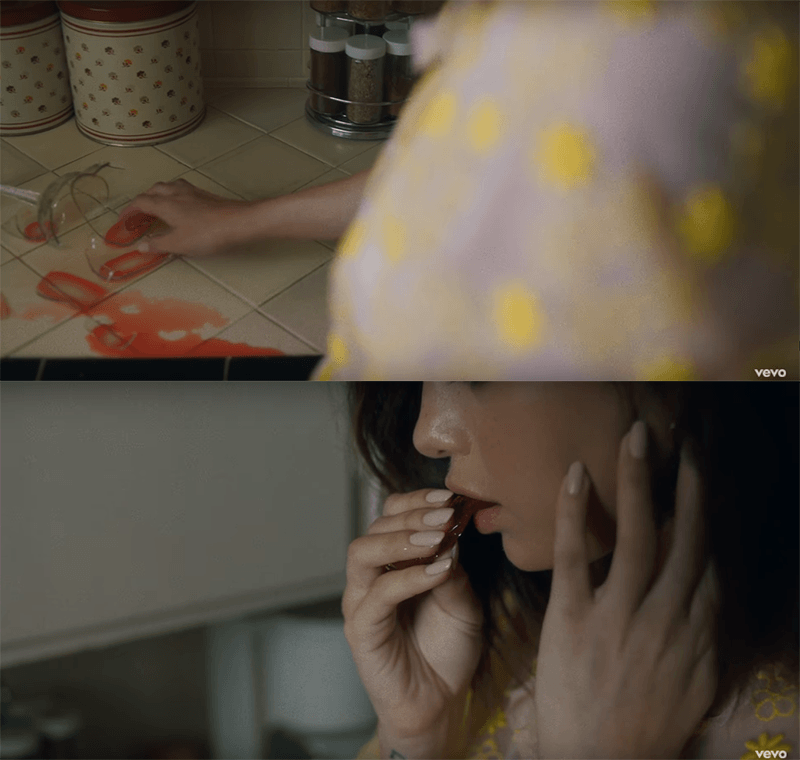 She takes a piece of broken glass and eats it. In case you didn’t know, doing this hurts a lot and causes your mouth to bleed.

Selena tightly ties her tongue with rope. Quite literally, her “tongue is tied”. Also, this is a genuine torture technique that abuses the gag reflex.

Selena clamps down on her tongue using an eyelash curler. She doesn’t appear like her tongue. Has she, like many industry pawns before her, lost her ability to speak out?

Selena picks up a bar of soap and eats it. Is she doing it because she hates herself? Is she being told to do it? Why are you eating soap, Selena?

The behaviors displayed by Selena in this video are actual symptoms of depression, low-self esteem, self-hatred, and even suicidal tendencies. Considering the lyrics, one can also add to the list using sex, even degrading sex, as a way of obtaining validation. I am not a psychologist and I am not about to give a specific diagnosis, but I can safely say that in this video she is not OK.

This is the kind of crap of that is passed off as “entertainment” nowadays. Songs about holding hands with your significant other and being in love? NOPE. Songs about being used as a sex object while torturing yourself? YEP.

Then Gucci Mane comes on and raps about how he is taking advantage of that mess of a situation. Thank you for your input, Gucci Mane … or is this his CIA clone? (When Mane was released from prison in 2016, a rumor claimed that he was replaced by a CIA clone because some of his tattoos were missing and that his speech pattern changed. Who knows.)

Meanwhile, Selena is for sure still torturing herself.

Selena, writhing inside an industrial refrigerator, doing her best to get hypothermia. Get off the floor, Selena! 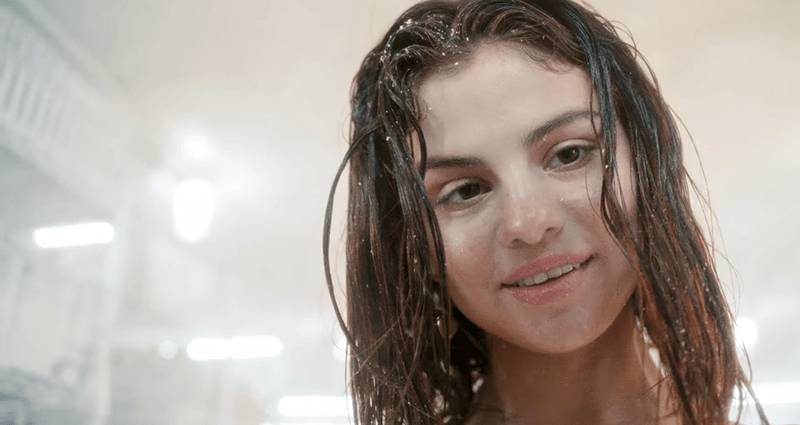 Sadly, Fetish is a typical product of today’s popular culture. The video is oddly depressing, it leaves viewers with a gut feeling that they’ve witnessed something wrong, and it mixes the concepts of self-destruction with sexuality … all wrapped up in a “sexy” package and marketed to young people who are still learning what love, sexuality, and relationships are all about.

Selena is also directly involved with a series that markets suicide to young people who are still learning what life is about. Why is she associated with this awfulness? Is Selena Gomez really the mastermind behind a series that has had such a powerful impact on viewer’s brains that it was scientifically linked to a spike in web searches about how to commit suicide? Or, maybe, is she is simply a “child-friendly” face associated with these projects as a way of marketing to her core audience?

Fetish and 13 Reasons Why are similar in many ways: They are pieces of “entertainment” that are carefully crafted to put people in a specific mood and to contemplate specific ideas. This is not art. It is mental conditioning.

Popular culture is sick because it is developed intentionally to create a generation that is sick. The people who make it want their audience to be anxious, confused, depressed, and self-destructive. Why? Because, ultimately, it makes that audience easier to control. What’s the best way to sell this? Associate it with sex and say it’s just a “fetish”.