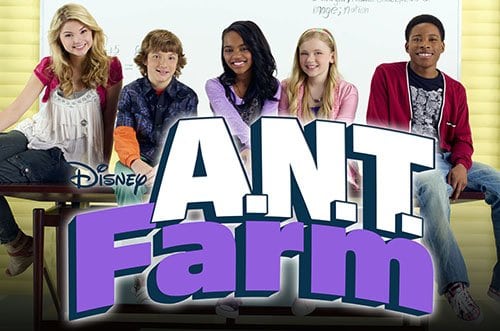 If you’re a reader of this site, you’re probably aware of Disney using its privileged status amongst parents to reach children with a plethora of messages and agendas. The fact that the Disney brand has an aura of “wholesomeness” surrounding it leads many parents to blindly give their seal of approval to anything produced by the mega-corporation. Parents however need to sit down and watch what is being mainlined to their children’s brains through television. In a recent article, I described how the Disney TV show Special Agent Oso subtly promoted government surveillance.

There is however an agenda that is much more obvious at play, especially in “tween”-oriented shows: Turning children into superficial, egoistical and entitled teenagers. There also appears to be a desire of snapping children out of their youthful bliss to push them into the cold adult world of social statuses, materialism, appearances and even sexual desirability.

Written by a mother of two daughters, the following blog post (from the blog IndeedIam) aptly describes a phenomenon I’m sure countless parents have noticed.

Disney is Ruining My Kid.

Disney has been ruining my kid…. a job I can do quite well on my own, thank you.

I know, it sounds drastic.  Don’t worry, I am not going to launch into a ridiculous diatribe about how Frozen has a hidden gay agenda (huge eye roll) or is turning my girls in to glittery, sparkly princesses who need a prince to save them, (we are over that stage, thank god) or that Miley Cyrus grew up and dared to climb out of her Hannah Montana box.

In the interest of being a pretty laid back mom,  who fights against my extremely conservative upbringing, I have tried to adopt a more moderate view of the world and it’s evils.  With my girls, I am trying a more balanced approach, believing that they should not be sheltered constantly from American culture, taught to fear and judge and overreact to everything they see.  My general philosophy has been to allow them to take part in age-appropriate music, movies and t.v.

That said, I may have gone too far…

Its been a brutal winter and  I confess, my kids watched too much T.V.  School was cancelled. ALL THE TIME.  There was only so much hot chocolate and board games I could muster before I would hand them the remote and rock quietly in a dark corner of my kitchen with a bottle of wine.

Now, I did check in with them, shouting “whatcha watching?”  and they would yell, “A.N.T. Farm!” or “Kickin’ It!” or “Good Luck Charlie!”  I investigated, and these shows are all listed as appropriate for 8+.  Fine.  Every once in a while, they would call me in to watch some joke they thought was  ”Soooo hilarious, mom!” and I would try not to think about how they should be watching something on the History channel instead.  Kids deserve some mindless, silly comedy with no educational purpose, just like I deserve to watch Sister Wives and Grey’s Anatomy.  No big.

A few months ago, my husband and I started noticing some differences in one of our daughter’s behavior.  She wasn’t acting like herself, she seemed to be putting on a show.   She would fling her hair about and act like a sassy teenager and use lingo  that sounded inauthentic and contrived coming from her.  In these moods she was extra silly, always looking for a laugh.

When this would happen, I tried to talk to her about it.  I pointed out that it did not feel like her “real” personality, and that people can sense when someone is not being authentic.  We talked about crossing the line between silly and obnoxious.   I stepped up my emphasis on important qualities like kindness, generosity, creativity.   I asked her if she was acting like people on tv, and after much pressure, she would admit that she was getting a her sayings and jokes from the Disney channel.

At this point, no real alarm bells were going off.  She was experimenting, and we were talking about it.  It opened lines of communication for me.  A little hair tossing and Disney “lingo” was not going to ruin her.

But then, this dear daughter got into some trouble with friends at school.  I met with her teachers and spoke to the parents of the other girls involved, and was shocked to hear of some of the social things going on with my child at school.   She is a sensitive, loving, girl who is usually fiercely  loyal and empathetic… the reports of her behavior did not match what I knew of my girl. She was saying hurtful and judgemental things about other girls’, throwing around conceited declarations,  among other shocking things.

Now, don’t get me wrong.  I am all for personal responsibility and I am in no way interested in making lame excuses for my child.  We dealt with the situation and helped her learn painful but necessary lessons about jealousy, friendship, self-control, and hurtful words.

While she was at school during this week, I spent a good amount of time in quiet reflection.  The week’s events had been extremely trying as a parent, I found myself in new territory.  Acting on instinct, I spent a day watching some of her favorite  Disney shows, from start to finish…looking for answers.

I COULD NOT BE MORE HORRIFIED.

Parents.  Are you watching this garbage?

I certainly had not been.  Beyond the quick minute or two, I had never sat and watched an episode of A.N.T Farm with the girls.  Because it is Disney.  How the hell do you go from Doc McStuffins, a show that SAVED ME countless tears at the pediatrician’s office, to this absolute trash?    I so very wrongly figured that a company like Disney would not be promoting cruelty, bullying and sexism in their shows for young, impressionable children.  I was completely mortified as I watched.

These shows are laced with terrible social behavior.   Like the scene in one, where a “nerdy” boy walks up to a pretty “popular” girl and asks her out… she threw her bowling ball and ran away screaming.  *Cue audience laughter*

There were so many examples of rude, mean responses to difficult social situations for kids, followed by the character shrugging it off, recorded laughter, and the characters moving on without showing any realistic emotions.  No anger, no hurt feelings.  Comedy.

I was disgusted.  How in the world will we teach our children to be kind and put a stop to cruel behavior in schools when THE DISNEY CHANNEL is showing these bullying behaviors followed by laughter and no emotional response???    It was clear where my daughter had gotten the impression that these kinds of conceited one liners and arrogant vanity was playful and a harmless way to get a laugh.

Just when I thought I had seen the worst, there was a scene that made blood shoot from my eyeballs.  A pretentious girl, conspiring to create a room-sized walk in closet for all her makeup! and clothes! and shoes!  was asked by two boys to help them with a math problem.   She does.

To which they exclaim, “Thank you, you are a genius!”

The girl is offended.

The boys hurriedly fix their ghastly mistake with,   “Oh! I mean you are SO beautiful!”

….and she prances away, satisfied.

Excuse me while I heave.

Shame on me for exposing my daughter to this kind of garbage.

What  talented person working over there in the Disney CO.  believes this is an appropriate message for 8 + girls in 2014?

They are out to make conceit and rejection funny. They are sending intentional messages to girls about how they should value their looks and their walk-in closets over their brains! Now, I realize that not all children are going to be as susceptible as my daughter was to copying the abhorrent behavior on these shows.  But I have more than one daughter.  And who knows how they have been internalizing this bullshit.  It’s outrageous.

After picking up the kids from school, my girls and I sat and re-watched these shows.  I wanted to gouge my eyes out.  As we watched, I paused it every single time someone said something cruel, every time the fake audience laughed inappropriately at what in real life would be someone’s serious emotional pain.  We talked about what would actually happen if you acted like that with your friends, and how you can’t repair things by declaring “Just KIDDING!”  I showed them the “genius” scene and we had a long talk about the awful and unacceptable message it sends to girls about dumbing down, caring only about appearance, objectification… my daughters got more than they bargained for that afternoon.

As a parent, when the kids are watching t.v., it’s mostly because I need a moment.  To make dinner.  To help someone else with homework.  To gather my sanity.  These few examples permanently damaged my trust in the Disney Channel and the trash they are producing for our kids.

It’s hard enough to raise kids who will have the moral fortitude to stand up for themselves and for each other.  It’s hard enough to teach my little girls to be proud and brave and own their bodies and their brains without apology.  To recognize and condemn cruelty and sexism. It’s hard enough to get a moment to catch my breath and feel like my kids are safe and entertained for 30 minutes under the DISNEY umbrella without unwittingly downloading vain, cruel, and damaging sexist garbage into their impressionable brains.

Shame on my naiveté and trust in the Disney name.

FacebookTwitterSubscribe
Related Topics:disney
Up Next

Peaches Geldof Found Dead at Age 25: “Sudden and Unexplained”, a Year After Announcing Initiation to the O.T.O

Beyoncé, Condolezza Rice and Others in Campaign to Ban the Word “Bossy”. Seriously.