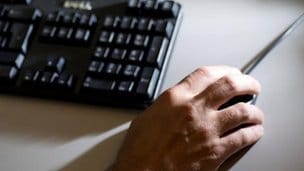 We’ve seen in the past months a variety of laws aiming to monitor and censor the internet. The UK (aka Oceania to George Orwell readers) is taking a step further by proposing laws allowing the monitoring of emails, phone calls, text messages and even visited websites in real time. These laws are not a long-term project; they are to be brought in “as soon as parliamentary time allows”. As usual, these big-brotherish laws are justified with noble causes such as “fighting terrorists” but the reality is that the right to privacy of the entire population is being revoked. Furthermore, the definition of “terrorist” has been so distorted in recent years that it will probably end up meaning “someone with an opinion about something” in the near future. Here are two articles from the BBC (who always slightly sugar coat these things) on the proposed web monitoring laws.

Email and web use ‘to be monitored’ under new laws

The government will be able to monitor the calls, emails, texts and website visits of everyone in the UK under new legislation set to be announced soon.

Internet firms will be required to give intelligence agency GCHQ access to communications on demand, in real time.

The Home Office says the move is key to tackling crime and terrorism, but civil liberties groups have criticised it.

Tory MP David Davis called it “an unnecessary extension of the ability of the state to snoop on ordinary people”.

Attempts by the last Labour government to take similar steps failed after huge opposition, including from the Tories.

A new law – which may be announced in the forthcoming Queen’s Speech in May – would not allow GCHQ to access the content of emails, calls or messages without a warrant.

But it would enable intelligence officers to identify who an individual or group is in contact with, how often and for how long. They would also be able to see which websites someone had visited.

In a statement, the Home Office said action was needed to “maintain the continued availability of communications data as technology changes”.

“It is vital that police and security services are able to obtain communications data in certain circumstances to investigate serious crime and terrorism and to protect the public,” a spokesman said.

“As set out in the Strategic Defence and Security Review we will legislate as soon as parliamentary time allows to ensure that the use of communications data is compatible with the government’s approach to civil liberties.”

But Conservative MP and former shadow home secretary David Davis said it would make it easier for the government “to eavesdrop on vast numbers of people”.

“What this is talking about doing is not focusing on terrorists or criminals, it’s absolutely everybody’s emails, phone calls, web access…” he told the BBC.

“All that’s got to be recorded for two years and the government will be able to get at it with no by your leave from anybody.”

He said that until now anyone wishing to monitor communications had been required to gain permission from a magistrate.

“You shouldn’t go beyond that in a decent civilised society, but that’s what’s being proposed.”

Nick Pickles, director of the Big Brother Watch campaign group, called the move “an unprecedented step that will see Britain adopt the same kind of surveillance seen in China and Iran”.

“This is an absolute attack on privacy online and it is far from clear this will actually improve public safety, while adding significant costs to internet businesses,” he said.

Shami Chakrabarti, director of Liberty, added: “This is more ambitious than anything that has been done before. It is a pretty drastic step in a democracy.”

The Internet Service Providers Association said any change in the law must be “proportionate, respect freedom of expression and the privacy of users”.

The Sunday Times quoted an industry official who warned it would be “expensive, intrusive [and] a nightmare to run legally”.

Even if the move is announced in the Queen’s Speech, any new law would still have to make it through Parliament, potentially in the face of opposition in both the Commons and the Lords.

The previous Labour government attempted to introduce a central, government-run database of everyone’s phone calls and emails, but eventually dropped the bid after widespread anger.

The then Home Secretary Jacqui Smith did pursue efforts similar to those being revisited now, but the Conservatives and Liberal Democrats continued to voice their concerns.

The shadow home secretary at the time, Chris Grayling, said the government had “built a culture of surveillance which goes far beyond counter terrorism and serious crime”.

Chris Huhne, then the Lib Dem home affairs spokesman, said any legislation requiring communications providers to keep records of contact would need “strong safeguards on access”, and “a careful balance” would have to be struck “between investigative powers and the right to privacy”.

Email and web monitoring laws ‘to be brought in soon’

The Home Office says new laws to allow the monitoring of all emails, texts and web use in the UK will be brought in “as soon as parliamentary time allows”.

In a further sign of a determination to push on with the plan, Home Secretary Theresa May said “ordinary people” would have nothing to fear.

But “criminals, paedophiles and terrorists” would, she told the Sun.

She said the idea was to update legislation to stop them being able to cover their tracks and “keep their communication secret”.

“There are no plans for any big government database… only suspected terrorists, paedophiles or serious criminals will be investigated,” she wrote in the newspaper.

MPs from all sides of the House of Commons have warned against the plan to force internet service providers to install hardware tracking telephone and website use.

Mrs May said that at the moment phone records are often used to solve crimes – including child murderer Ian Huntley, as well as the “gangland thugs who gunned down Rhys Jones”, the 11-year-old shot dead in Liverpool.

But the Home Office says changes are needed to ensure that communication using social media and internet phone services such as Skype can also be recorded.

Attempts by the last Labour government to create a giant central database containing all UK web and telephone use were dropped after huge opposition, including from the Conservatives and Liberal Democrats.

Instead internet service providers have had to keep details of users’ web access, email and internet phone calls for 12 months under an EU directive from 2009.

Although the content of the calls themselves is not kept, the sender, recipient, time of communication and geographical location does have to be recorded.

The proposed new law – which may be announced in the Queen’s Speech in May – would reportedly allow GCHQ to access that data as it happens, without a warrant, rather than retrospectively.

David Davis, the Conservative MP and former shadow home secretary, countered Mrs May’s argument in the Sun: “We already have a law which lets the secret services eavesdrop on suspected criminals and terrorists.

“The new law does not focus on terrorists or criminals. It would instead allow civil servants to monitor every innocent, ordinary person in Britain, and all without a warrant.

“If they want to see all this information they should be willing to put their case before a judge or magistrate. This will force them to focus on the real terrorists rather than turning Britain into a nation of suspects.”

Information Commissioner Christopher Graham’s office has said the case for retaining such data had yet to be made.

A briefing paper on the issue in October 2010, obtained by Conservative MP Dominic Raab, said: “There needs to be some recognition that this additional data will be a honey pot as it will reveal the browsing habits of celebrities, politicians, etc.”

It suggested that a new offence, possibly attracting a custodial sentence, could be created to punish any wrongful disclosure.

Critics have warned that any new law could end up being used more widely than originally intended – similar to the controversial Regulation of Investigatory Powers Act, which has been used, not just to tackle serious crime by police but also been by local authorities to check on children’s school catchment areas.

The information commissioner said public bodies not involved in dealing with serious crime or national security, such as the Department for Work and Pensions, should have to apply to a court before access was granted.

The plans have been criticised by civil liberties groups and several Conservative backbenchers.

Nick Pickles, director of campaign group Big Brother Watch, called the move “an unprecedented step that will see Britain adopt the same kind of surveillance seen in China and Iran”.

Mr Raab said it was “a plan to privatise Big Brother surveillance” and turned every individual “into a suspect”.

When Labour attempted to push for similar changes, the Conservative shadow home secretary at the time, Chris Grayling, said the government had “built a culture of surveillance which goes far beyond counter-terrorism and serious crime”.

But Lord Carlile, the former official reviewer of terrorism legislation, said that “having come into government, the coalition parties have realised this kind of material has potential for saving lives, preventing serious crime and helping people to avoid becoming victims of serious crime”.

Shadow Home Secretary Yvette Cooper said the police and security services had to be able to keep up with new technology, but there must be “clear checks and balances” on what they were able to do and “strong safeguards to protect people’s privacy”.

Even if the move is announced in the Queen’s Speech, any new law would still have to make it through Parliament, potentially in the face of opposition in both the Commons and the Lords.

The Internet Service Providers’ Association said any change in the law must be “proportionate, respect freedom of expression and the privacy of users”.

Megadeth’s “New World Order” and “We the People”: Metal With a Message

43,000 Brazilian Students Will Be Required to Wear Locator Chips on their Uniforms