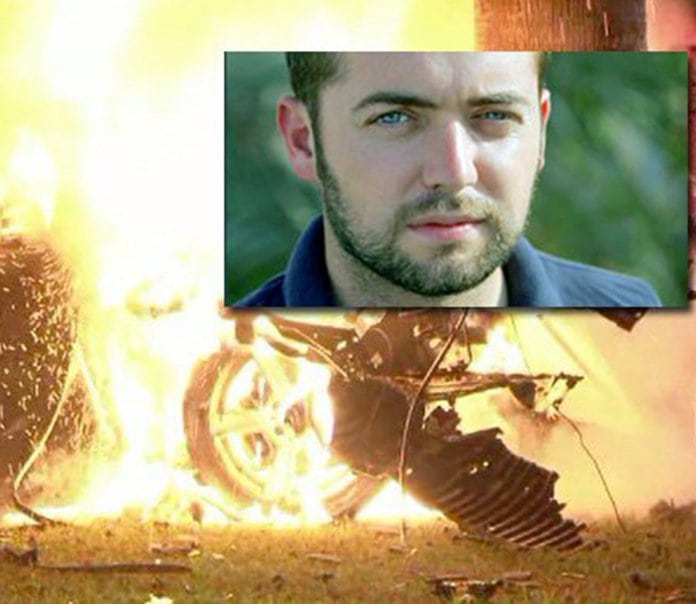 The latest Wikileaks dump is said to be the “biggest exposure of CIA spying secrets ever”. It reveals how the agency hacks into consumer products to turn them into spying devices … and how it can even remotely take control of cars.

Entitled Vault 7: CIA Hacking Tools Revealed, the latest Wikileaks dump contains tons of documents explaining how the CIA has hundreds of zero-day exploits (holes in software that are unknown to the vendor) and can hack almost any smart tv, Android phone, iPhone, or router, and, apparently, recent cars as well. Not only that, the agency can even leave the “footprint” of another entity while doing the hacking, effectively allowing them to put the blame on a foreign nation or organization. The documents state:

“The CIA had created, in effect, its “own NSA” with even less accountability and without publicly answering the question as to whether such a massive budgetary spend on duplicating the capacities of a rival agency could be justified.”

Hacking into Your Products

The CIA, working with British spy agency MI5, have developed a back door for a smart TV that allows government snooping while the television is turned off. And that may now include live video streaming of your living room and office. In a 2014 document detailing future and improvements to the program, CIA officials said they planned to add a feature where the Agency could capture video and video snapshots of people through their televisions. This would put the federal government and the CIA right in your family room and office.

Recently, the CIA lost control of the majority of its hacking arsenal including malware, viruses, trojans, weaponized “zero day” exploits, malware remote control systems and associated documentation. This extraordinary collection, which amounts to more than several hundred million lines of code, gives its possessor the entire hacking capacity of the CIA. The archive appears to have been circulated among former U.S. government hackers and contractors in an unauthorized manner, one of whom has provided WikiLeaks with portions of the archive.

According to the documents, the CIA has been using the State Department consulate in Frankfurt Germany as a headquarters for hackers in Europe, the Middle East, and Africa.

The organization has been collecting a library of attack techniques from malware produced in other states, including Russia. The CIA has the ability to use this library to misdirect attribution of hacks by leaving behind the “fingerprints” of stolen malware.

Probably the most startling portion of this dump is the revelation that the CIA has gained the ability to “hack” into recent cars through their control systems. Note that we are not even talking about self-driving cars (which will certainly become 100% CIA-remote-controlled), but regular cars with computerized components (around 2011 and earlier). Why would they want to do that? To “engage in nearly undetectable assassinations”.

“As of October 2014 the CIA was also looking at infecting the vehicle control systems used by modern cars and trucks. The purpose of such control is not specified, but it would permit the CIA to engage in nearly undetectable assassinations”

These revelations shed a new light on the very mysterious death of journalist Michael Hastings, who lost his life after his car suddenly went out of control and crashed. 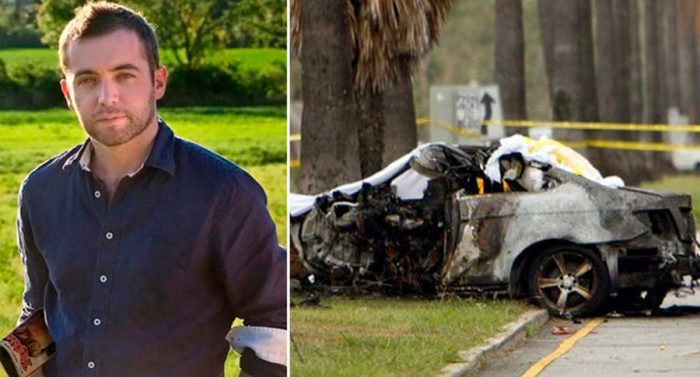 Hastings was a journalist, a contributing editor to Rolling Stone and reporter for BuzzFeed. He became a vocal critic of the surveillance state during the investigation of reporters by the U.S. Department of Justice in 2013, referring to the restrictions on the freedom of the press by the Obama administration as a “war” on journalism. His last story, “Why Democrats Love to Spy On Americans”, was published by BuzzFeed on June 7. Hastings died in a fiery high-speed automobile crash on June 18, 2013, in Los Angeles, California.

On June 18, 2013, Hastings died in a single vehicle automobile crash in his Mercedes C250 Coupé at approximately 4:25 a.m. in the Hancock Park neighborhood of Los Angeles. A witness to the crash said the car seemed to be traveling at maximum speed and was creating sparks and flames before it fishtailed and crashed into a palm tree. Video from a nearby security camera purportedly shows Hastings’ vehicle speeding and bursting into flames.

Witnesses described the car’s engine being ejected 50 to 60 yards (46–55 m) from the scene. Hastings’ body was burned beyond recognition. The coroner identified the body by matching fingerprints with those the FBI had on file. Two days after the crash, the Los Angeles Police Department declared that there were no signs of foul play. The coroner’s report ruled the death to be an accident. An autopsy showed that the cause of death was massive blunt force trauma consistent with a high-speed crash.
– Los Angeles Times, “Michael Hastings death: New video of crash emerges”

A news article from 2015 actually mentioned that Hasting’s death was most like the result of a “car cyber attack”.

Former U.S. National Coordinator for Security, Infrastructure Protection, and Counter-terrorism Richard A. Clarke said that what is known about the crash is “consistent with a car cyber attack”. He was quoted as saying “There is reason to believe that intelligence agencies for major powers — including the United States — know how to remotely seize control of a car. So if there were a cyber attack on [Hastings’] car — and I’m not saying there was, I think whoever did it would probably get away with it.”

“Hastings’ work as a thorn in the side of government and the 33-year-old journalist’s death in an unusual crash in June 2013 immediately triggered speculation. A witness reported seeing Hastings’ new silver Mercedes C250 coupe speeding down a Hollywood street before dawn when it bounced, slammed into a tree and burst into flames.

Shortly before Hastings’ death, he sent what was described as a “panicky” email to friends expressing concern that associates were being interviewed by “the Feds.” He also wrote that he was onto a big story and needed to “get off the radar for a bit.” His 2010 story for Rolling Stone in which Stanley McChrystal skewered the White House and its strategy in Afghanistan led to the general’s resignation.

The FBI denied Hastings was the target of any investigation, yet a Freedom of Information Act request later unearthed an FBI file on Hastings. Hastings also told a neighbor he thought someone had been tampering with his car. At the time of his death, he was working on an article about CIA director John Brennan.
– Who.What.Why, “CAR HACKING REPORT REFUELS CONCERNS ABOUT MICHAEL HASTINGS CRASH”

“In an email to colleagues, which was copied to and released by Hastings’ friend, Army Staff Sergeant Joe Biggs, Hastings said that he was “onto a big story”, that he needed to “go off the radar”, and that the FBI might interview them. WikiLeaks announced that Hastings had also contacted Jennifer Robinson, one of its lawyers, a few hours prior to the crash, and the LA Weekly reported that he was preparing new reports on the CIA at the time of his death. His widow Elise Jordan said his final story was a profile of CIA Director John O. Brennan. The FBI released a statement denying that Hastings was being investigated.

USA Today reported that in the days before his death, Hastings believed his car was being “tampered with” and that he was scared and wanted to leave town.

‘At 12:30 a.m. on the morning he died, an agitated Michael Hastings went to his neighbor and friend Jordanna Thigpen and asked to borrow her car. He said he was afraid to drive his own car, because he believed that someone had been tampering with it.

“He was scared, and he wanted to leave town,” Thigpen recalls.

But she declined, saying her car was having mechanical problems. When she woke up, Hastings was dead, his car having crashed into a tree.’

Hastings died in a single vehicle automobile crash in his Mercedes C250 Coupé at approximately 4:25 a.m. in the Hancock Park neighborhood of Los Angeles. A witness to the crash said the car seemed to be traveling at maximum speed and was creating sparks and flames before it fishtailed and crashed into a palm tree. Video from a nearby security camera purportedly shows Hastings’ vehicle speeding and bursting into flames. ”
– USA TOday, “Hastings thought his car was being tampered with”

Several US officials told CNN that a federal criminal investigation is being opened into WikiLeaks’ publication of documents.

Related Topics:ciaprivacy violations
Up Next

The Vigilant Citizen Forums Are Back … For Good!