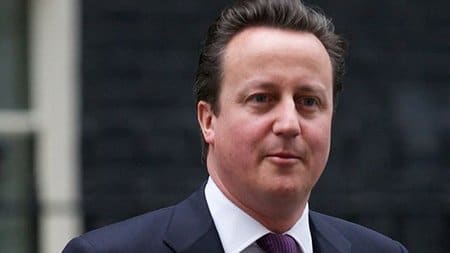 Last week, UK prime minister David Cameron announced that adult sites would be automatically blocked in order to protect “children and their innocence”. After some digging however (this policy, which was strategically timed to be announced right when the Royal Baby was born) is far from being only about “protecting children”. As usual, a catchphrase that nobody can’t disagree with was used to hide the ugly truth: UK’s policy will, by default, filter out and censor a LOT of material that is deemed undesirable.

After discussing with several UK ISPs, Digital advocacy organization Open Rights Group discovered that the UK web filter will ban by default a wide range of websites including:

More importantly, the filter will also censor websites that mention alcohol or smoking, “web forums” and “esoteric material”. These last categories are the most worrying as their vague nature opens the door to all kinds of censorship. What exactly is “esoteric material”? Are “alternative news” and “conspiracy-related” sites included? Is mentioning the occult elite on a blog warrants a ban from the UK? The censorship possibilities are endless.

In order to unblock these sites, customers must contact their ISPs and ask to be unblocked. According to Open Rights Group, most people will not bother or even known about any of this.

“Making the filters default means most people will keep them, according to Open Rights Group Executive Director Jim Killock. “We know that people stick with defaults: this is part of the idea behind ‘nudge theory’ and ‘choice architecture’ that is popular with Cameron.”

According to the BBC, the Chinese firm Huawei controls the net filter praised by Cameron. This very company is accused of having close ties with the Chinese government, which maintains one of the most restrictive internet firewalls in the world. While we are led to think that the Western world wants to teach China about “freedom”, China is rather at the forefront of what the Western world is trying to accomplish.

According to Cameron, the new parental control settings will be turned on for all new broadband subscribers “by the end of the year.” In other words, people in the UK, there isn’t a lot of time left to get your voices heard. While it might be possible for a “computer whiz” to hack himself around this super-mega-Chinese-monster filter – it is the principle behind it that’s important. Also, this policy mostly aims the people that won’t do a thing about it: The clueless, apathetic, ignorant masses that won’t even realize that a lot of the internet was filtered out “for their own good”. 1984.

Gigantic Pentagram Found in Kazakhstan – Can Be Seen in Google Maps