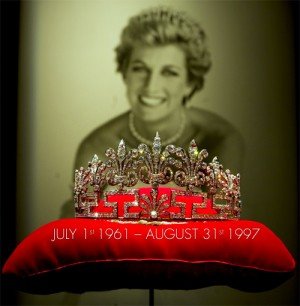 One of the first articles I’ve published on Vigilant Citizen was “Princess Diana’s Death and Memorial: The Occult Meaning” which describes the  events and the symbolism relating to the ritual sacrifice of Lady Di. While most people still buy the official “accident” story, evidence mounts that an accident was not the cause of Diana’s death, but was actually a set up leading to her murder.

A new film entitled Unlawful Killing (to be released everywhere except the UK) will apparently be showing a pictures of Diana right after the accident…still alive and not dying. Furthermore, the movie will show Diana predicting the circumstances of her death.The movie is backed by Mohamed al-Fayed, the father of Diana’s fiancé who also died that night.

Unlawful Killing will probably not dwell on the occult and ritualistic side of things. It remains, after all, a mass media production. When cover-ups are too sloppy and evidence begin piling disproving them, limited concessions are made to quell the public’s questions. This movie might be a limited concession, where part of the big ugly truth is revealed in order to protect the “bigger uglier truth”. We’ll see.

From the London Telegraph:

The film sets out to prove a cover-up by the “establishment” over the death of Princess Diana. It has caused outrage in sections of the British press and is not scheduled for a UK release.

Directed by actor Keith Allen and backed by Mohamed al-Fayed, father of Dodi, the film is being screened at the 2011 Cannes Film Festival on Friday.

Mr Allen describes his film as an “inquest into the inquest” of Princess Diana’s death. Of the controversial photo, Mr Allen wrote in the Daily Mail: “The photo is not used in the film for the purpose of shock.

“It is included as evidence, because it shows clearly that, although Diana had been injured in the crash, she was alert and very much alive. I repeat: it is not a picture of a dying woman.”

Director Keith Allan about his documentary in The Guardian

Unlawful Killing – the film the British won’t get to see
My documentary about the Diana inquest will be shown everywhere but the UK. Here’s why

The internet is a global lavatory wall, a Rabelaisian mixture of truth, lies, insanity and humour. I felt its power and madness this week, when an excerpt from my new film, Unlawful Killing, was leaked on to YouTube and seized on by US conspiracy theorists, who immediately began claiming that the CIA had murdered Princess Diana, thereby allowing others to dismiss my documentary as mad.

Deriding its critics as mad is an age-old British establishment trick. My “inquest of the inquest” film contains footage of Diana recalling how the royals wanted her consigned to a mental institution, and the inquest coroner repeatedly questioning the sanity of anyone who wondered if the crash was more than an accident. His chief target was Mohamed Al Fayed, a man I once profiled for a Channel 4 documentary. Before I met him, I’d half-believed the media caricature of him as a madman, driven nuts by the death of his son, and wildly accusing the Windsors of having planned the 1997 crash. However, I found a man who was sane and funny but frustrated that Britain wouldn’t hold an inquest into his son’s death. Michael Mansfield QC thought it unfair too, and fought for one to be held; which was why the longest inquest in British legal history eventually began in 2007.

Long before the inquest started, the eminently sane Mansfield had persuaded me that there were suspicious circumstances surrounding the crash, and signs of a cover-up by the authorities. Many journalists agreed, but as the inquest drew near, I noticed that British newspapers (several of which had regularly run “Was Diana Murdered?” pieces) suddenly fell into line, and started insisting that the inquest was a waste of time. They raised no protest when virtually all the key French witnesses refused to participate, nor did they find it odd that not one senior royal was ordered to appear, even though Diana had stated in a lawyer’s note that the Windsors were planning an “accident” to her car. Nor did they raise the issue of possible bias when legal proceedings involving the integrity of the royal family were to be heard in the royal courts of justice before a coroner who’d sworn an oath of allegiance to the Queen.

I felt the need to raise it, so I asked every major UK broadcaster (BBC, ITV, C4, Five, Sky) to commission a TV documentary about the inquest. But they refused even to contemplate such a suggestion, so Associated Rediffusion and I began filming and financing it ourselves. Shortly before the inquest began, Fayed offered to fund our project, so we could make a feature-length cinema documentary instead. We agreed, on condition that we would report events in the way we saw them, and the deal was struck.

Unlawful Killing is not about a conspiracy before the crash, but a provable conspiracy after the crash. A conspiracy organised not by a single scheming arch-fiend, but collectively by the British establishment – judges, lawyers, politicians, police chiefs, secret services, even newspaper editors – all of whom have been appointed to their positions because they are “a safe pair of hands”. Just as compass needles all point north without being told to, so these people instinctively know what is expected of them when the state’s interests are under threat and they act accordingly, quietly suppressing uncomfortable evidence or undermining the credibility of witnesses whose evidence contradicts the official narrative.

Consider just a fraction of what transpired. Over 100 significant witnesses were not called to the inquest, or refused to appear. Blood tests allegedly proving the drunkenness of the driver Henri Paul were deemed “biologically inexplicable” by a toxicologist. A British crash expert found that Diana’s seat belt had not been working. And so on.

Strangest of all was the media coverage of the verdict. Inquest evidence showed conclusively that the crash was caused by an unidentified white Fiat Uno and several unidentified motorcycles, vehicles that were certainly not paparazzi, because uncontested police evidence confirmed that the paparazzi were nowhere near the tunnel at the time of the crash. The jury understood this, bringing in a verdict of “unlawful killing” by unidentified “following vehicles”; yet within seconds, the BBC was misreporting that the jury had blamed the paparazzi, and the rest of the media meekly followed suit. Which is why – three years on – barely anyone realises what the jury’s troubling verdict really was.

Why is the film being premiered next week at Cannes, three years after the inquest ended? Because British lawyers insisted on 87 cuts before any UK release could be contemplated. So rather than butcher the film, or risk legal action, we’re showing it in France, then the US, and everywhere except the UK. Pity, because at a time when the mindless sugar rush of the royal wedding has been sending British Rrepublicans into a diabetic coma, it could act as a welcome antidote.

The 25 Rules of Disinformation