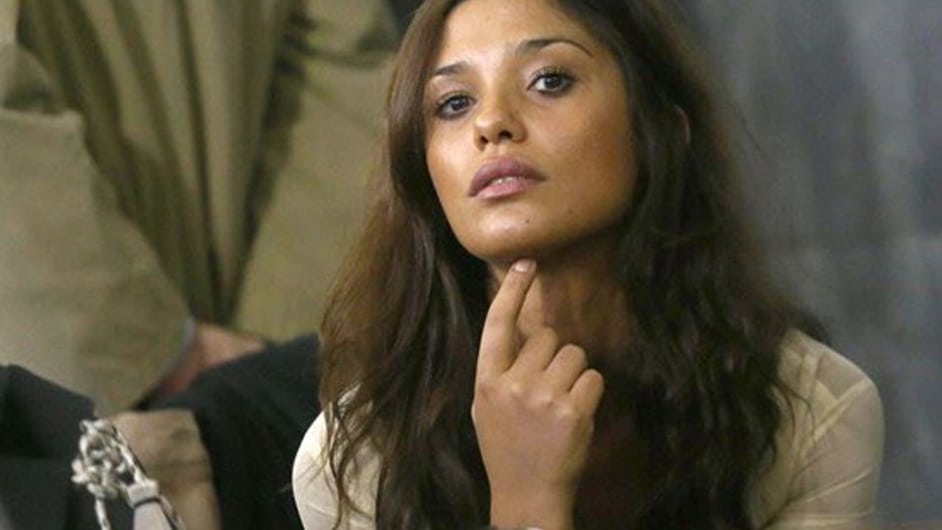 Imane Fadil was a Moroccan ex-model who became a celebrity after becoming a key witness in the 2013 “Rubygate” trials which accused the media mogul and ex-Prime Minister of Italy Silvio Berlusconi of “child prostitution”. Fadil was also looking to be a witness in a related investigation (dubbed “Ruby ter”) that is still ongoing.

In 2018, Fadil claimed in an interview that Berlusconi’s infamous “parties” lead to dark, satanic rituals. She was also in the process of writing a tell-all book about Rubygate and the dark secrets of Berlusconi. The name of the projected book was quite evocative: I Met the Devil.

However, in the past weeks, things dramatic turn. Imane Fadil died in a hospital room in Milan on March 1st after a month of agony. Media sources reported her death only 15 days after the fact, mostly because authorities announced the opening of a homicide investigation. Indeed, the cause of Fadil’s death is currently believed to be “murder by radioactive poisoning”.

Here’s a look at the bizarre story. 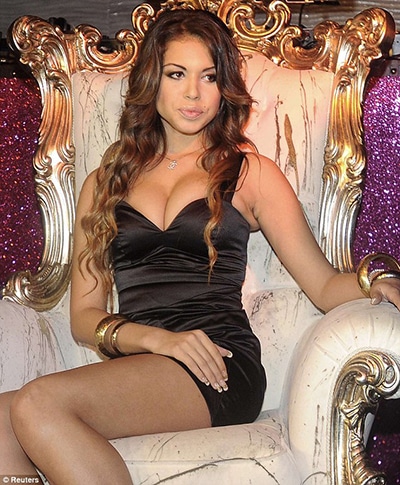 In 2013, Berlusconi was found guilty of paying for the sexual services of dancer Ruby Rubacuori when she was a minor. He was also charged with abusing his political powers in an attempt to cover up the relationship. 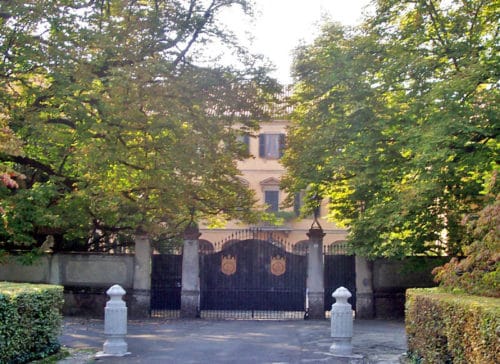 In 2014, Berlusconi filed an appeal and managed to get the convictions against him overturned. However, the “Ruby ter” investigation is still ongoing which alleges that Berlusconi bribed 18 girls that participated in his parties to “speak positively” about Berlusconi. A month prior to her hospitalization, Fadil had requested to be a witness in this trial.

Fadil’s last interview, given to the Italian newspaper Il Fatto Quotidiano on April 2018, addressed topics that were not discussed in court: Satanic rituals taking place in hidden rooms inside Berlusconi’s mansion. Here’s a rough translation of this infamous interview.

Imane Fadil, a model of Moroccan origin, was just over 25 years old when she was invited for the first time to Arcore, the home of Berlusconi, in 2011. She participated in eight “elegant dinners” and during some of these, according to her, she saw everything: The girls, the stripteases, and the “Bunga Bunga” parties. She then stopped attending and went to the public prosecutor’s office to reveal everything she had seen, complete with names and surnames. The result? Photographers, interviews, headlines, lawsuits. Today, Imane is 33 years old and she is about to finish a book that will reveal everything you need to know about Berlusconi.

Today, after a few years, how do you remember that whole affair?
It was a devastating thing, impossible to describe. At first I was alone against everyone, nobody believed my version.

What did everyone think?
That I was telling those things because I wanted money and success.

And how was it?
I used to go to Arcore because I hoped it would be enough to get into that circle and get a job (in television). Then, I understood what was truly happening and I spoke up.

Were you defamed at that time?
Yes, by all. The first was Emilio Fede. But then I sued him and they condemned him, now there’s the appeal. He also sued me, but his case was dismissed because I said the truth and he didn’t.

Your ugliest memory?
The last night I went there, there were all these naked girls dancing. One of them was laying on the ground and was wearing only a loincloth and she was shaking desperately, staring at me. Her eyes seemed to say: “Don’t judge me, help me!”. A terrifying memory.

Have you ever witnessed explicit scenes?
No, I did not.

And who told you this happened?
Well, the last night a girl came to me and told me: “Look, to get something you have to do something more.” And I understood everything. Until that moment I had hoped I would never be asked for such a thing.

Now you are writing a book. Why?
Because I want to tell everything. This is not limited to a powerful man who had girls. There is much more to this story, much more serious things.

Explain.
It’s not easy to tell, it will be the first time I do it. But the time has come.

Please go ahead.
This gentleman is part of a sect that invokes the devil. Yes, I know I’m saying something strong, but it is true. And many others know this.

They know what?
That continuous obscenities happened in that house. A sort of sect, made up of only women, dozens and dozens of complicit females.

Did you see these rituals?
Let’s say I have many clues. In that room where Bunga Bunga was held there was a small room with clothes, all the same, like tunics, about twenty or thirty. What were they for? And then there was another small underground room with a swimming pool, with another room next to it, totally dark, without any light. An underground pool and a room without lights? Why?

Weak clues. It could be a relaxation area. Is it a fact that you have not seen any actual Satanic rituals or anything like that?
Look, I’ve seen worse. Things that are difficult to explain briefly.

Please try.
I saw strange, sinister presences. I’ve been a psychic since I was a child due to my father being was sanctified. And I tell you that, in that house, there are disturbing presences. There’s evil in there, I’ve seen it, there’s Lucifer.

Do you know that saying such things could be perceived as crazy?
Of course I know, but I don’t care what people will say. I never said anything because I had no evidence. Now I have it.

Do you have proof? Please show it.
No, not yet, I’ll do it later. I just have to finish this book. And then the world will know.
– Il Fatto Quotidiano, Imane Fadil: “Le notti di Bunga Bunga a casa di Berlusconi. Ad Arcore una setta di Satana con tuniche e riti”

“I Met the Devil”

At the time of her death, Fadil was looking for a publisher that was “courageous enough” to print her book entitled I Met the Devil. Immediately after her death, the draft of the book was seized by prosecutors. The Italian newspaper Il Fatto Quotidiano published a small excerpt of the book that was shared by Fadil in 2018. Here’s a rough translation.

She saw the girls in a sort of circle, with Berlusconi at the center as a pivot: A kind of adoration, with some nude, others half-naked, and others disguised, wandering through the underground living room. It was then that Imane found courage and went to Berlusconi to tell him that she wanted to go home. But Silvio told her to wait. In the basement, Imane saw what she called a sort of brothel with naked girls and half-naked in the pool. There were also minors who perhaps did not realize what was happening.

Fadil died on March 1st after a long period of agony as her vital functions progressively shut down. She experienced her first symptoms on January 29th. She was then hospitalized for nearly a month where she underwent a long series of tests as doctors were looking for the cause of her pain. During this time, Fadil told her brother and lawyer that she feared she had been poisoned.

After her death, it was revealed that she was probably poisoned by a “very strange” cocktail of radioactive elements that caused the progressive deterioration of her internal organs. These elements are not freely available to the general public.

On the day of her death, the Judicial Authority seized Fadil’s body and the entirety of her medical records.

“It is always sad when a young person dies. However, I never met her this person.”