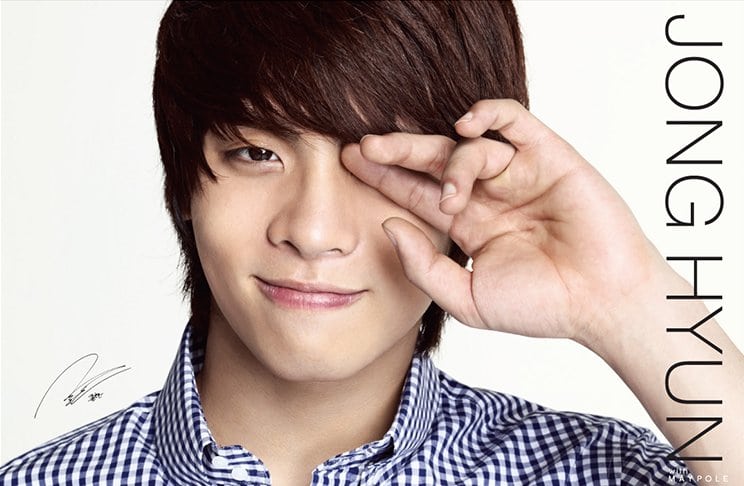 Jonghyun, the lead singer of the popular K-Pop group SHINee, sent troubling text messages to his sister shortly before he was found dead in Seoul.

Kim Jong-Hyun, better known by his stage name Jonghyun, was found unconscious in a residential hotel in the upscale Gangnam district of Seoul on December 18th. He was later pronounced dead at a nearby hospital. Police rushed to Jonghyun’s apartment after receiving an emergency call from his sister stating that he sent a series of troubling text messages.

According to local reports, Jonghyun’s final message to his sister was: “It’s been too hard. Please send me off. Tell everyone I’ve had a hard time. This is my last goodbye.”

Investigators found coal briquettes burnt in a frying pan inside Kim’s apartment, leading them to believe that he died from carbon monoxide intoxication.

Jonghyun was a prominent figure in K-Pop. He was the lead singer of the popular group SHINee (who were dubbed the “princes of K-Pop”) for over a decade. Jonghyun then launched a solo career in 2015 and published a book entitled Skeleton Flower. Kim’s last public appearance was at his solo concert named “Inspired” on Dec. 10 in Seoul.

In 2010, I’ve published an article about SHINee’s video Lucifer which indicated that K-Pop was infiltrated by the agenda of the occult elite. The song described the singers being “under the spell of Lucifer”. A line from the song aptly described the fate of K-Pop stars stuck in an oppressive industry: 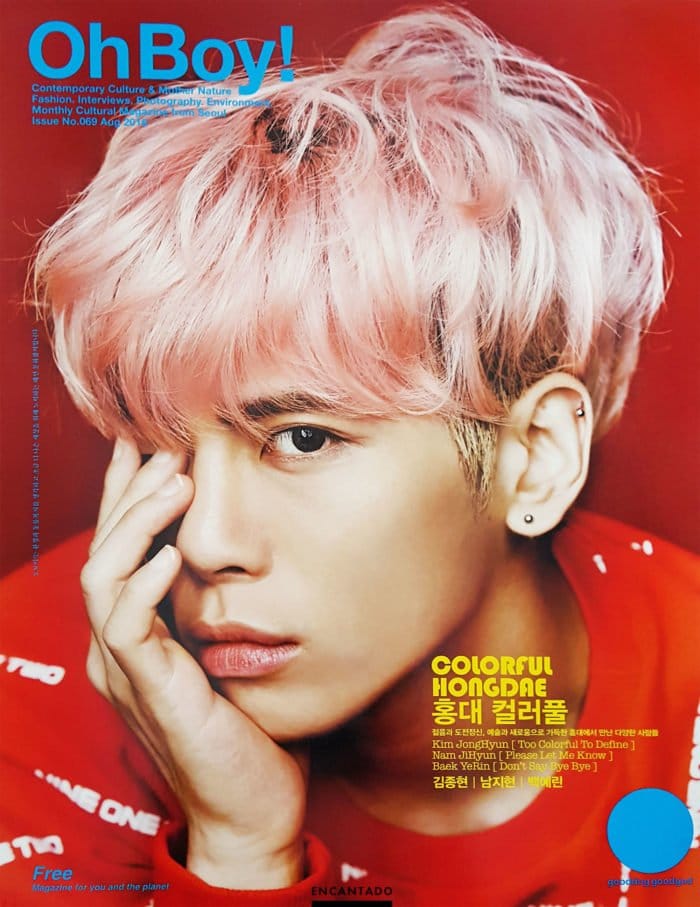 Kim was made to do the one-eye sign throughout his career, indicating that he was at the service of the occult elite. Here he is on the cover of OhBoy! magazine in 2016. 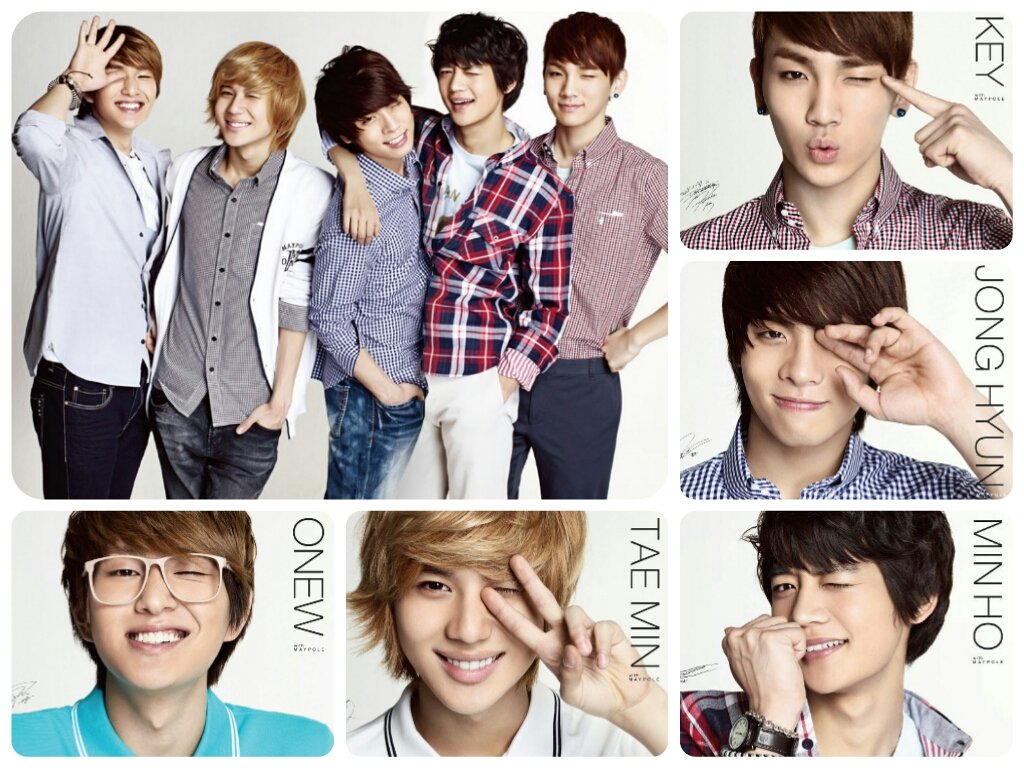 Jonghyun was signed with SM Entertainment, a Korean company that was often accused of abusing and exploiting K-Pop artists (read my article about K-Pop group Red Velvet for more details). SM Entertainment released a statement saying:

“This is SM Entertainment. We are sorry to be the bearer of such tragic, heartbreaking news. On December 18th, SHINee’s Jonghyun left us very suddenly. He was discovered unconscious at a residence in Cheongdam-dong, Seoul and was rushed to a nearby hospital but was pronounced dead. Our sadness cannot compare to the pain of his family, who had to say goodbye to a son and a brother, but we have spent a long time with him, and the SHINee members along with the SM Entertainment staff are all in deep mourning and shock. Jonghyun loved music more than anybody else and he was an artist who did everything to perform his absolute best on stage.

It breaks our heart to have to bring this news to fans who loved Jonghyun so much. ‘Please refrain from reporting on rumours and guesswork so the family of the deceased can honour him in peace. ‘As per the wish of the family, the funeral will be held quietly with his relatives and company colleagues.”
– Metro, Jonghyun’s talent agency releases emotional statement as SHINee star dies aged 27

Jonghyun is one of several South Korean stars who took their lives at a young age. In 2009, actress Jang Ja-Yeon killed herself by hanging. She left a suicide note explaining how she was beaten and forced to entertain and have sex with several program directors, CEOs and media executives. Several other celebrities committed suicide including singer and actor Park Yong Ha, model Daul Kim and actress Jeong Da Bin.

Jonghyun’s death at age 27 makes him the latest addition to the infamous 27 Club, the group of late singers who died at the young age of 27. The 27 Club includes Jimi Hendrix, Janis Joplin, Jim Morrison, Kurt Cobain and Amy Winehouse. Nearly every one of them died in bizarre circumstances.

Nine9 posted Kim’s “final letter” where he explains, in sometimes enigmatic words, his dark mental state. In the letter, Kim sometimes appears to address a specific person, even blaming them for his depression. Who is that person?

I’m broken on the inside.

The depression that slowly gnawed away at me eventually devoured me.

I couldn’t overcome it.

I hated myself. I resolved to hold on to memories and shouted at myself to come to my senses, but there was no answer.

If there is no way to relieve stifling breath, it’s better to just stop.

I asked who can be responsible for me.

I was utterly alone.

I lived with that difficulty this whole time.

You told me that I wanted to escape.

That’s right. I wanted to escape.

I asked why I keep forgetting my memories. You told me it was because of my personality. I see. I see that everything is my fault in the end.

I hoped that people would notice but nobody knew. You never met me so of course you would not know I was there.

If you ask why people die, they would probably say it’s because they’re exhausted.

I suffered and agonized about it. I never learned how to turn this pain into happiness.

I tried to push myself past it.

Why? Why am I keeping myself from putting an end to it all?

I was told to search for the reason why it hurts.

I know all too well. I’m hurting because of me. It’s all my fault, because I was born this way.

Doctor, is this what you wanted to hear?

No. I didn’t do anything wrong.

When you told me in that calm voice that it’s because of my personality, I thought how easy it must be to be a doctor.

But I still tried to live.

I asked myself why I had to do so hundreds of times, and it was never for me. It was for you.

I wanted to do something for me.

You tell me to figure out why I’m having a hard time. I told you several times why. Am I not allowed to be this sad just for those reasons? Does it have to be more specific and dramatic? Do I need to have better reasons?

I already told you. Were you even listening? Things you can overcome don’t remain as scars.

I guess I was not meant to confront the world.

I guess I was not meant to lead a life in the public eye.

That’s why it was hard. Confronting the world, and being in the public eye. Why did I make those decisions. It’s ridiculous.

It’s great that I even made it this far.

What more can I say. Just tell me I did well.

Tell me I did well enough and that I went through a lot.

Even if you can’t smile while sending me off, don’t say it’s my fault.

You really went through a lot.

FacebookTwitterSubscribe
Related Topics:k-popSHINee
Up Next

Strange Facts About Obama’s Portrait and its Painter Kehinde Wiley

Why Are There Paintings Depicting Ritual Abuse On Display at the Las Vegas Courthouse?