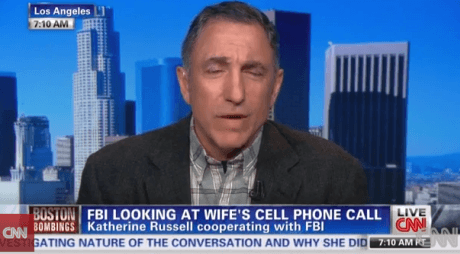 In a CNN interview about the Boston Bombings investigations, a former FBI counterterrorism agent admitted a startling (yet unsurprising) fact: “all digital communications” are recorded and stored. All of them. All phone calls, all e-mails and all social media interactions. According to him, there is definitely a way of retracing and listening to any phone call made on US soil. While most Americans ignore or deny this reality, the shaping of the USA into a heavily monitored police state is complete. Here is part of the CNN interview.

The aftermath of the Boston Bombings caused the American police state to rear its ugly, repressive head. However, since U.S. citizens are still  traumatized from the bombings, they do not oppose it. From the imposition of martial law to the admission of illegal spying of U.S. citizens, “terrorism” is being used to justify illegal, invasive and unconstitutional actions by law enforcement.

Here’s a great article from The Guardian about the true extent of surveillance in the U.S.

Are all telephone calls recorded and accessible to the US government?

The real capabilities and behavior of the US surveillance state are almost entirely unknown to the American public because, like most things of significance done by the US government, it operates behind an impenetrable wall of secrecy. But a seemingly spontaneous admission this week by a former FBI counterterrorism agent provides a rather startling acknowledgment of just how vast and invasive these surveillance activities are.Over the past couple days, cable news tabloid shows such as CNN’s Out Front with Erin Burnett have been excitingly focused on the possible involvement in the Boston Marathon attack of Katherine Russell, the 24-year-old American widow of the deceased suspect, Tamerlan Tsarnaev. As part of their relentless stream of leaks uncritically disseminated by our Adversarial Press Corps, anonymous government officials are claiming that they are now focused on telephone calls between Russell and Tsarnaev that took place both before and after the attack to determine if she had prior knowledge of the plot or participated in any way.

On Wednesday night, Burnett interviewed Tim Clemente, a former FBI counterterrorism agent, about whether the FBI would be able to discover the contents of past telephone conversations between the two. He quite clearly insisted that they could:

BURNETT: Tim, is there any way, obviously, there is a voice mail they can try to get the phone companies to give that up at this point. It’s not a voice mail. It’s just a conversation. There’s no way they actually can find out what happened, right, unless she tells them?

CLEMENTE: “No, there is a way. We certainly have ways in national security investigations to find out exactly what was said in that conversation. It’s not necessarily something that the FBI is going to want to present in court, but it may help lead the investigation and/or lead to questioning of her. We certainly can find that out.

BURNETT: “So they can actually get that? People are saying, look, that is incredible.

CLEMENTE: “No, welcome to America. All of that stuff is being captured as we speak whether we know it or like it or not.”

“All of that stuff” – meaning every telephone conversation Americans have with one another on US soil, with or without a search warrant – “is being captured as we speak”.

On Thursday night, Clemente again appeared on CNN, this time with host Carol Costello, and she asked him about those remarks. He reiterated what he said the night before but added expressly that “all digital communications in the past” are recorded and stored:

Let’s repeat that last part: “no digital communication is secure”, by which he means not that any communication is susceptible to government interception as it happens (although that is true), but far beyond that: all digital communications – meaning telephone calls, emails, online chats and the like – are automatically recorded and stored and accessible to the government after the fact. To describe that is to define what a ubiquitous, limitless Surveillance State is.

There have been some previous indications that this is true. Former AT&T engineer Mark Klein revealed that AT&T and other telecoms had built a special network that allowed the National Security Agency full and unfettered access to data about the telephone calls and the content of email communications for all of their customers. Specifically, Klein explained “that the NSA set up a system that vacuumed up Internet and phone-call data from ordinary Americans with the cooperation of AT&T” and that “contrary to the government’s depiction of its surveillance program as aimed at overseas terrorists . . . much of the data sent through AT&T to the NSA was purely domestic.” But his amazing revelations were mostly ignored and, when Congress retroactively immunized the nation’s telecom giants for their participation in the illegal Bush spying programs, Klein’s claims (by design) were prevented from being adjudicated in court.

That every single telephone call is recorded and stored would also explain this extraordinary revelation by the Washington Post in 2010:

Every day, collection systems at the National Security Agency intercept and store 1.7 billion e-mails, phone calls and other types of communications.

It would also help explain the revelations of former NSA official William Binney, who resigned from the agency in protest over its systemic spying on the domestic communications of US citizens, that the US government has “assembled on the order of 20 trillion transactions about US citizens with other US citizens” (which counts only communications transactions and not financial and other transactions), and that “the data that’s being assembled is about everybody. And from that data, then they can target anyone they want.”

Despite the extreme secrecy behind which these surveillance programs operate, there have been periodic reports of serious abuse. Two Democratic Senators, Ron Wyden and Mark Udall, have been warning for years that Americans would be “stunned” to learn what the US government is doing in terms of secret surveillance. 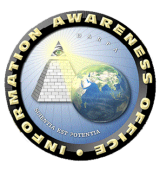 Strangely, back in 2002 – when hysteria over the 9/11 attacks (and thus acquiescence to government power) was at its peak – the Pentagon’s attempt to implement what it called the “Total Information Awareness” program (TIA) sparked so much public controversy that it had to be official scrapped. But it has been incrementally re-instituted – without the creepy (though honest) name and all-seeing-eye logo – with little controversy or even notice.

Back in 2010, worldwide controversy erupted when the governments of Saudi Arabia and the United Arab Emirates banned the use of Blackberries because some communications were inaccessible to government intelligence agencies, and that could not be tolerated. The Obama administration condemned this move on the ground that it threatened core freedoms, only to turn around six weeks later and demand that all forms of digital communications allow the US government backdoor access to intercept them. Put another way, the US government embraced exactly the same rationale invoked by the UAE and Saudi agencies: that no communications can be off limits. Indeed, the UAE, when responding to condemnations from the Obama administration, noted that it was simply doing exactly that which the US government does:

“‘In fact, the UAE is exercising its sovereign right and is asking for exactly the same regulatory compliance – and with the same principles of judicial and regulatory oversight – that Blackberry grants the US and other governments and nothing more,’ [UAE Ambassador to the US Yousef Al] Otaiba said. ‘Importantly, the UAE requires the same compliance as the US for the very same reasons: to protect national security and to assist in law enforcement.'”

That no human communications can be allowed to take place without the scrutinizing eye of the US government is indeed the animating principle of the US Surveillance State. Still, this revelation, made in passing on CNN, that every single telephone call made by and among Americans is recorded and stored is something which most people undoubtedly do not know, even if the small group of people who focus on surveillance issues believed it to be true (clearly, both Burnett and Costello were shocked to hear this).

Some new polling suggests that Americans, even after the Boston attack, are growing increasingly concerned about erosions of civil liberties in the name of Terrorism. Even those people who claim it does not matter instinctively understand the value of personal privacy: they put locks on their bedroom doors and vigilantly safeguard their email passwords. That’s why the US government so desperately maintains a wall of secrecy around their surveillance capabilities: because they fear that people will find their behavior unacceptably intrusive and threatening, as they did even back in 2002 when John Poindexter’s TIA was unveiled.

Mass surveillance is the hallmark of a tyrannical political culture. But whatever one’s views on that, the more that is known about what the US government and its surveillance agencies are doing, the better. This admission by this former FBI agent on CNN gives a very good sense for just how limitless these activities are.

You’ve read correctly, “AT&T and other telecoms had built a special network that allowed the National Security Agency full and unfettered access to data about the telephone calls and the content of email communications for all of their customers.” This was revealed in 2007 yet most people are still calling those who claim that the US has turned into a police state “conspiracy theorists”.

“The right of the people to be secure in their persons, houses, papers, and effects, against unreasonable searches and seizures, shall not be violated, and no Warrants shall issue, but upon probable cause, supported by Oath or affirmation, and particularly describing the place to be searched, and the persons or things to be seized.”

The U.S. Constitution, created specifically to prevent the United States from turning into an oppressive dictatorship is under attack. From all sides.